A $200 million tax loophole that allows companies to buy back shares at a discount using franking credits will be closed, but the Assistant Treasurer says ordinary investors will still get their dividends as the government works to strengthen the current system.

Stephen Jones said the change was not about getting rid of franking credits but would end the “unintended incentive” which sees companies go off-market to buy back shares, rather than on market. 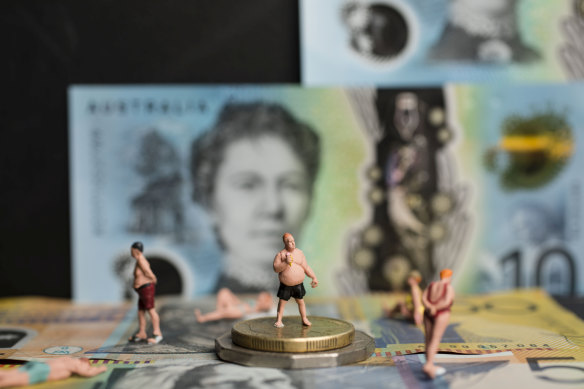 The federal government wants to close a loophole on franking credits.Credit:Dominic Lorrimer

“Franking credits will stay – end of story, full stop,” he will say in a speech to the Institute of Public Accountants on Thursday, an early copy of which has been seen by this masthead.

“Ordinary mum and dad investors will continue to receive their franked dividends, and they can still participate in and benefit from share buybacks.

“Our change is only to align the corporate tax treatment of on-market and off-market trades. That is fair and as it should be.

The government is publishing draft legislation on Thursday to close the loophole, which was foreshadowed in its October budget.

He pointed to examples of BHP, Westpac and Commonwealth Bank all buying back shares in recent years at a discount through the loophole.

“To be clear, this is not a criticism of the companies or the funds that have taken advantage of the loophole. It’s not illegal, and corporations will still be able to issue special dividends.”

Jones said the measure would save the budget about $200 million a year, and was part of the government’s broader budget auditing process that found $28.5 billion in improvements through a combination of cuts, delays to programs and tax crackdowns.

As part of the tax crackdown, the government boosted funding for the tax office to strengthen its tax avoidance taskforce and its shadow economy monitoring program, which works to prevent dishonest or criminal activity.

The government expects the tax office investment to help bring in an additional $5 billion in unpaid tax over the next four years.

“Budget repair is challenging, there are no easy choices,” Jones will say on Thursday.

“But we remain committed to improving the budget to ensure fiscal policy remains responsible and takes the pressure off the cost of living for families.”