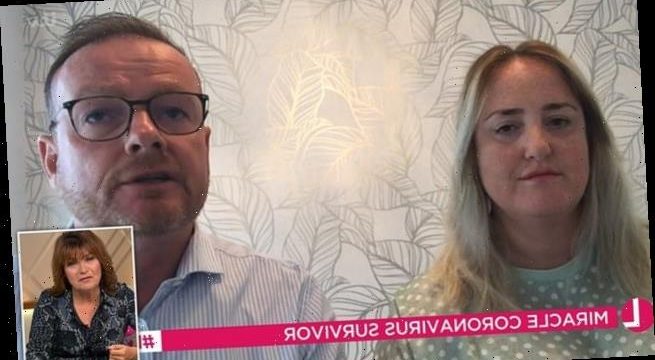 A coronavirus survivor has revealed that he is now helping others by becoming the UK’s longest serving Covid plasma donor in a bid to ‘give back.’

Appearing on today’s Lorraine, father-of-three Darren Buttrick, 49, from Staffordshire, told how just a few months ago, he contracted coronavirus and within days he was in intensive care fighting for his life.

Just minutes before doctors placed him on a ventilator, he called his family for what he thought could be the very last time.

Now, he’s fully recovered and is helping other Covid-19 sufferers as the UK’s longest serving donator of blood plasma – which contains the antibodies required to fight the disease.

‘The reason I am doing this is to give back,’ explained Darren, who has so far donated seven times since April. ‘If I think about the hospital, the NHS, the doctors, nursers, even care staff – they saved my life. From the bottom of my heart, I will never be able to thank them enough.’ 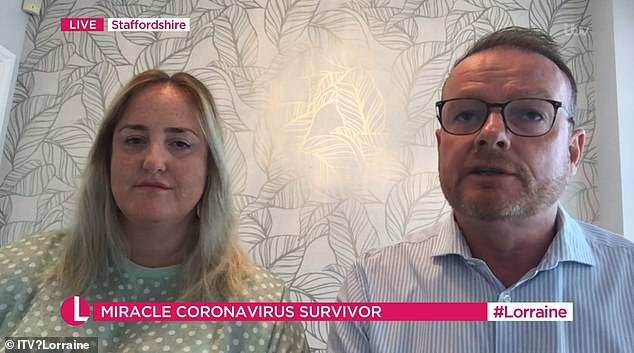 Darren Buttrick, 49, from Staffordshire, contracted coronavirus and within days he was in intensive care fighting for his life. Pictured, with wife Angela 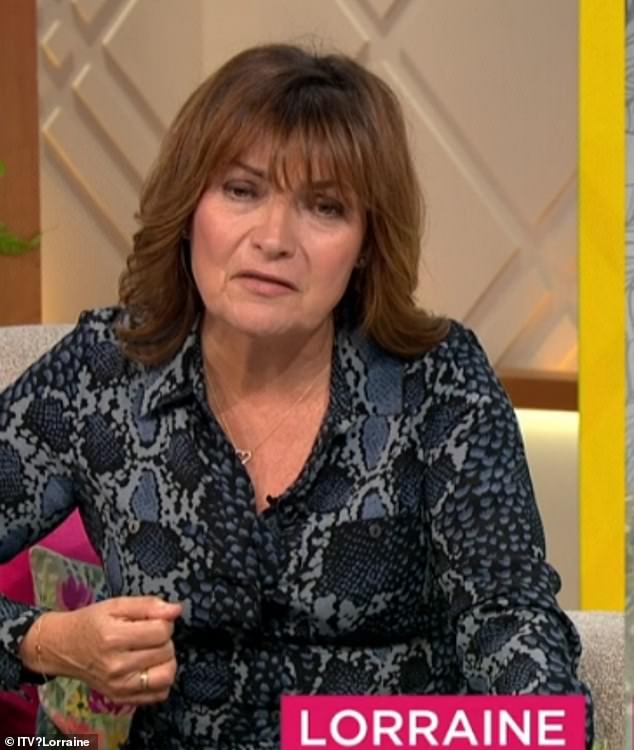 Darren continued: ‘So when I was asked to donate plasma on 25 April, it was a no-brainer. It’s a trial. It’s to help others avoid the evasive treatment that I needed, which was intensive care, a ventilator and an induced coma.

‘So for me, donating an hour of my time now once every two weeks, as long as I can keep donating my plasma, I will keep doing that. It gives people who have got Covid the much-needed antibodies that I’ve now got in my body, to help them fight off this infection without this invasive treatment.’

During the emotional segment of the ITV show, Darren explained how he was told to call his wife and family while in hospital – which could have been the last time they spoke.

‘It was what I call the darkest day of my life on Friday 20th March,’ explained Darren. ‘I went in the ambulance for the second time to New Cross hospital in Wolverhampton and within a couple of hours and after various tests, doctors and nurses said to me I had no option but to be induced with a ventilator, induced coma and intensive care.

‘I had Googled all of those things a couple of day prior because I knew I wasn’t very well and knew I was probably heading to that, I didn’t want it.

Darren added: ‘To make those calls to my wife and hearing her sobbing, my parents telling them they wanted to trade places with me, my family, colleagues, friends. it was just the worst time of my life.’ 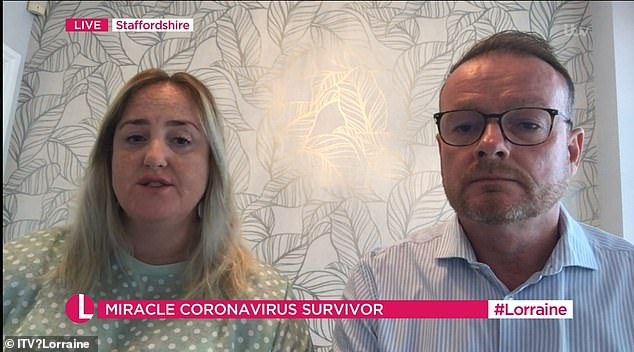 Darren told Lorraine that he is now helping others by becoming the UK’s longest serving plasma donor. Pictured, with wife Angela 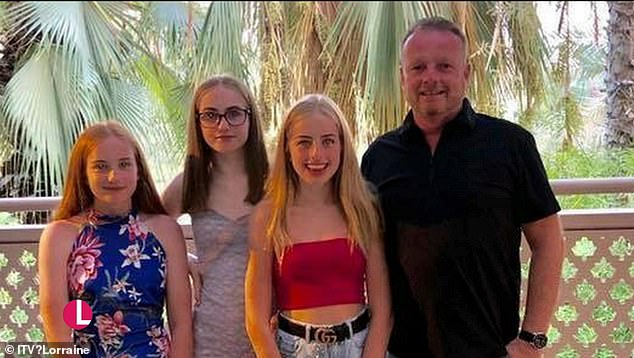 Angels explained that when she heard about Darren’s critical condition, she worried about how she and the girls would manage (pictured)

Meanwhile, Angela was at the other end of the phone knowing it was touch and go.

‘It was horrific,’ she explained. ‘When he rang me I didn’t quite believe him at first. I had to ring the hospital and they put me through to the consultant who confirmed hey didn’t know enough about Covid and that he may not see another day.

‘At that point I just broke down and collapsed on the floor and thought, “how am I and the girls going to manage?”‘

Lorraine went on to ask Darren, who was essentially a fit man with no underlying health conditions, whether when he was in an induced coma, he had any idea of what was going on around him.

‘The first five days I had no recollection of being in intensive care and the treatment i was received. It was like being unconscious,’ he explained.

‘When they took me off the ventilator the first time I had a bad reaction, so they had no option to re-ventilate me and put me back in the coma and sedate me.

‘It was a light sedation so when I woke up, still on the ventilator, I could see lots of other poorly people in intensive care lying on the beds, on their backs, their lives being saved – and those images still with me today.’

‘I remember seeing people opposite me, next to me, looking around. It was so frightening and the conditions the doctors, nurses and cleaners were working in and the PPE they were wearing to protect themselves as they were saving my life, I was just in awe. I wouldn’t wish those images of intensive care on anyone else.

Now, Darren is doing a remarkable thing with the plasma donation and is back to full health.

‘I feel fantastic – like a clean bill of health now,’ he said. ‘I feel really good, started exercising again and just feeling back to my normal self. Delighted to be back fit and healthy.’