Hey you there, working from home in your puffer jacket and scarf with a hot water bottle on your knee. No, it’s not just you – this weather really is cold.

A big “tongue” of wintry air has escaped from Antarctica and moved over south-eastern Australia, producing a conveyor belt of cold fronts since late May, says Weatherzone meteorologist Ben Domensino. “This prolonged period of weather is coming from the ice sheets of Antarctica.” 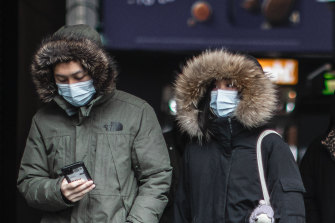 A cold snap weather pattern is not unusual at this time of year. Swirling air currents over Antarctica are often blown north to south, which means cold air escapes from the fringes of Antarctica and travels further north. But this particular cold tongue has become “parked” over south-eastern Australia, and is likely to be there for some time.

Melbourne is having its coldest start to June in decades – the average temperature in the city didn’t reach 15 degrees during the first week of winter, which hasn’t happened since 1985, when TV soap Neighbours premiered on Channel Seven. If this continues until at least June 14, as predicted, it would make it the city’s coldest first fortnight of winter since 1949.

Sydney had its coldest start to winter since 1989, with the temperature failing to reach 18.5 degrees in the first week of June. This week, daytime temperatures have hovered around 15 or 16 degrees all week, from lows of 7 and 8 degrees.

Even Brisbane woke to its coldest June morning in six years on Thursday, with the temperature plummeting to 5.1 degrees in the early morning. 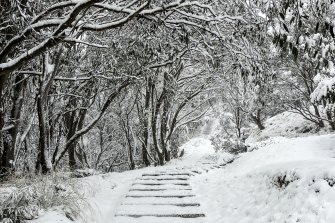 Snow at Falls Creek ahead of the official opening of the ski season. Credit:Falls Creek Resort

In the Indian Ocean there’s a similar climate driver called the Indian Ocean Dipole (IOD), which has the same impact through its “positive” and “negative” phases, respectively. This is the second year in a row of a negative IOD, which refers to the patterns of sea surface temperature. While positive IODs are associated with dry weather, negative dipoles can bring heavy rainfall and flooding to parts of Australia.

Because of this negative Indian Ocean Dipole, most of Australia can expect above-average rainfall and below-average daytime maximum temperatures this winter. Generally, these weather patterns start in late autumn or winter, and can last until the onset of the northern Australian monsoon in spring. 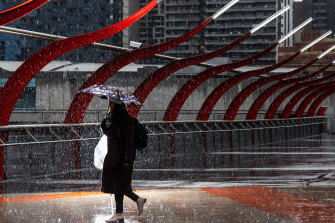 Rain, hail and icy winds hit Melbourne in the past week. Credit:Jason South

Australia’s weather and climate are changing in response to a warming global climate. Australia has warmed on average by 1.4 degrees since national records began in 1910, with most warming occurring since 1950 and every decade since then being warmer than the ones before.

Southern Australia has seen a reduction of 10 to 20 per cent in cool season rainfall in recent decades. There has also been a trend towards very heavy, short rainfall, especially across northern Australia.

Most Viewed in Environment