They’re heading home. Blake Shelton and Gwen Stefani will celebrate the holidays together at the country singer’s ultra-private 1,300-acre property in Oklahoma.

“[They] are counting down for Christmas vacation and are pulling all three kids out of school early to get out of L.A. and back to Blake’s ranch,” a source exclusively reveals in the new issue of Us Weekly.

Stefani, 53, shares sons Kingston, 16, Zuma, 14, and Apollo, 8, with ex-husband Gavin Rossdale, from whom she split in 2015. Us broke the news in January 2021 that the former couple’s marriage was officially annulled by the Catholic Church, five years after their divorce was finalized. While the Bush frontman, 57, and the “Don’t Speak” songstress have been coparenting for years, it still isn’t always easy. 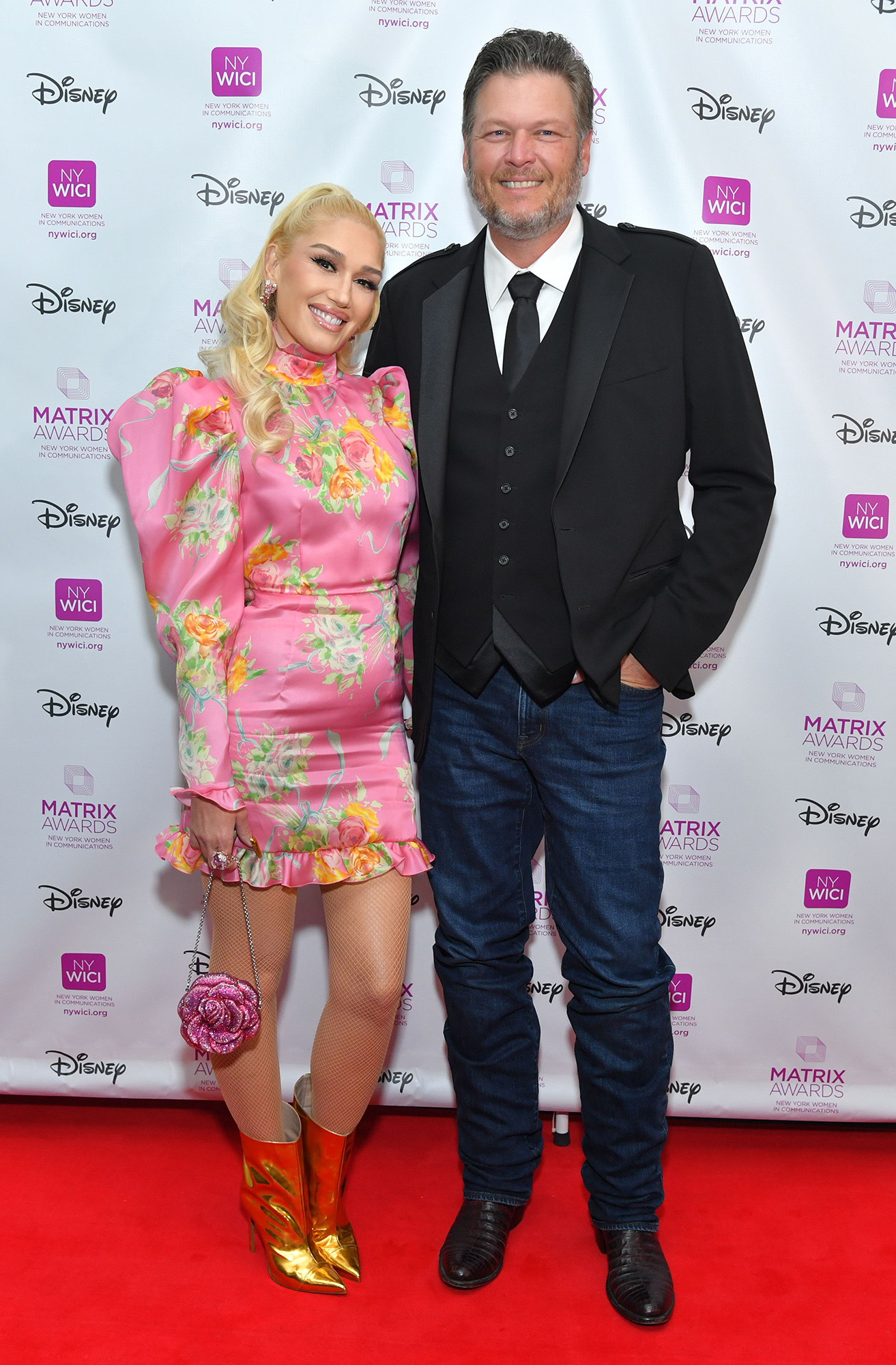 “Gwen and Gavin still have issues sometimes coparenting,” the insider adds. “They argue over where the kids will be sometimes, but still have respect for each other.”

Rossdale also respects Stefani’s marriage to Shelton, 46. After six years together, she said “I do” to the “Sangria” singer in July 2021 at the ranch where they’ll spend the holidays with the boys.

In November, Shelton, who just announced he will be leaving The Voice after the upcoming 23rd season, revealed some of his and his wife’s favorite holiday traditions.

“Gwen and I, our tradition has become cooking during Christmas — and not just like your normal, typical [dishes],” the country singer explained in Us Weekly‘s exclusive clip from NBC’s Christmas in Rockefeller Center special. “But we always challenge ourselves and try to come up with a different, weird, complicated, difficult thing to cook every year. It started one year [when] she wanted to do a beef Wellington — which is not easy, by the way.”

The Oklahoma native explained that he and the No Doubt frontwoman like to attempt “something weird and new” every year.

“Gwen’s family, there’s a lot of Italian blood in her family,” Shelton added. “And so there’s tons of pastas and there’s a reason that I have a chin like a stork the last five years. It’s because I’m hanging out with the Stefanis now.”

They’re both much more talented at making music, but Shelton dished that cooking with Stefani is actually easier than creating another chart-topper. “Singing with Gwen is way harder than cooking with her,” he explained. “Cooking is easy for us because neither one of us really know what we’re doing, and all we do is laugh the whole time. With music, we actually take [it] serious.”

For more on Shelton and Stefani, watch the video above and pick up the latest issue of Us Weekly, on newsstands now.