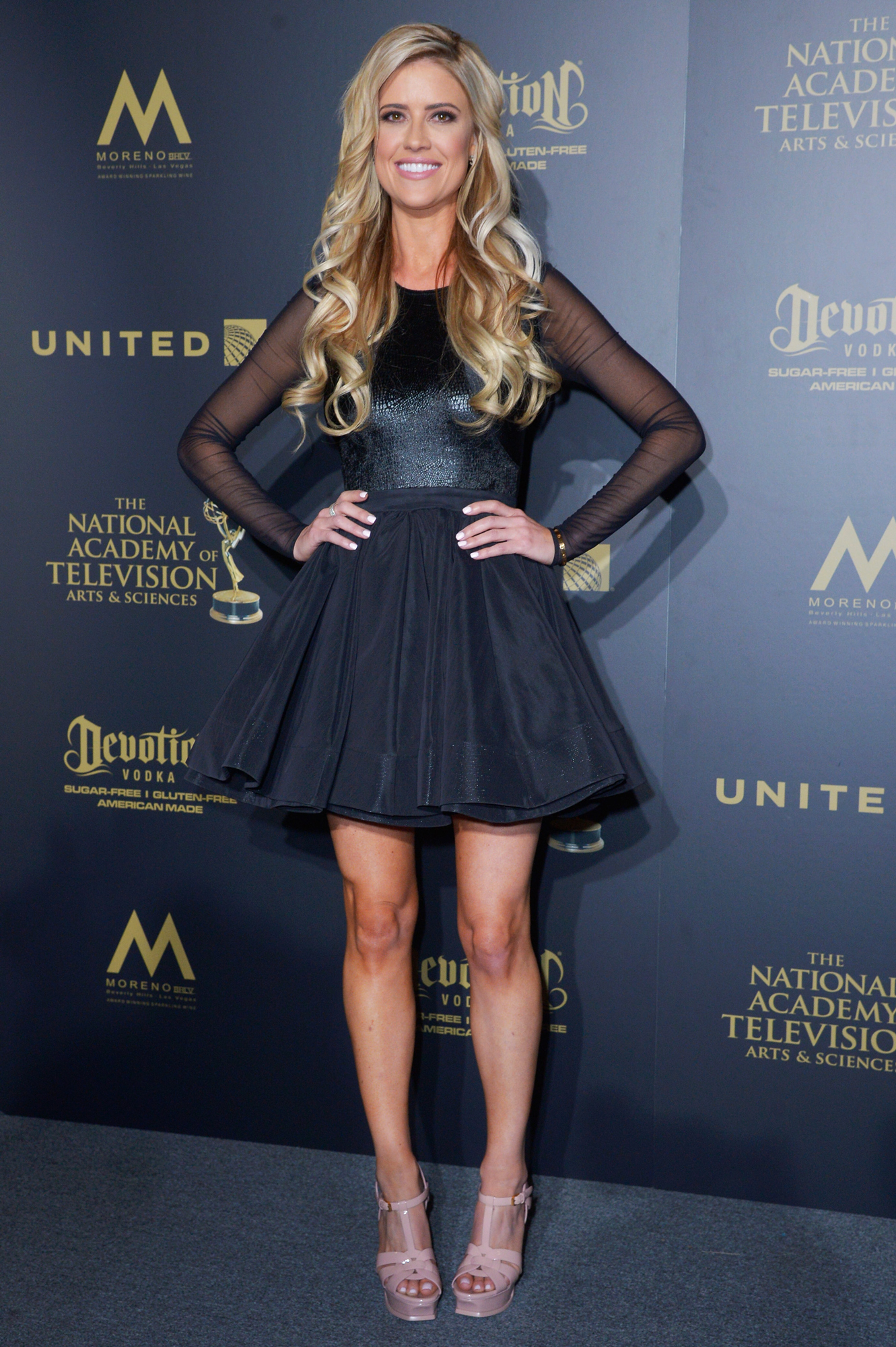 Just like mom? Christina Hall (née Haack) isn’t necessarily opposed to her children following in her interior design footsteps — but she still wants them to consider different paths.

The HGTV personality, 39, discussed how her three kids fit into her busy filming schedule during a recent interview with E! News. Hall shares daughter Taylor, 12, and son Brayden, 7, with ex-husband Tarek El Moussa, along with son Hudson, 3, with ex-husband Ant Anstead.

“Taylor is just a natural,” the Christina on the Coast star gushed. “She’s actually really good at design and she’s really good on camera. It kind of freaks me out, but I don’t want her to do any of that for a while.” 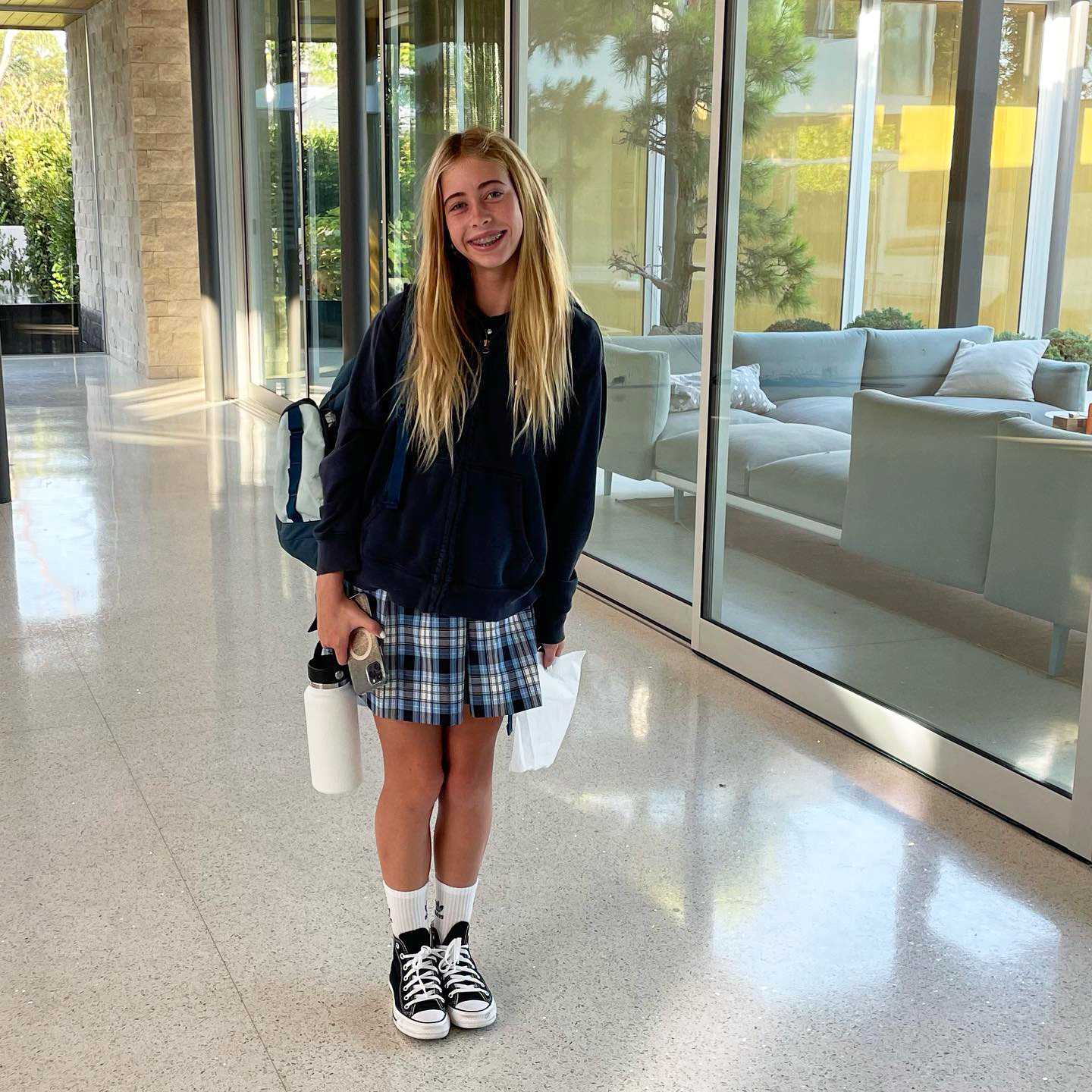 The California native is currently working on new series Christina in the Country with husband Joshua Hall, whom she wed last year. While she allows her older kids to appear on the show, the Wellness Remodel author doesn’t want them to be front and center at all times.

“They film with us maybe a maximum of an hour, maybe once a month,” Christina explained. “I want them to go to college and then later — much later — if [TV] something they want to do and pursue, more power to them. But most importantly, I just want them to have normal childhoods.”

The real estate investor’s comments come shortly after she and Anstead, 43, settled their custody battle. The former couple, who finalized their divorce in June 2021, were locked into a messy legal dispute over Hudson’s care after Anstead petitioned for full custody in April 2022. (A judge denied his filing.)

Anstead alleged in court docs that his ex-wife had only spent “nine full days each month” with their toddler in nearly two years — but Christina swiftly shut down the U.K. native’s claims. “What Ant is doing deeply saddens me. If this was really about Hudson, as he says, this should have been handled privately with a private judge or mediation, as myself and my attorney have suggested,” she told Us Weekly in an April 2022 statement, acknowledging that she’s had “ups and downs” but asserting that her kids always come first.

At the time, a source exclusively told Us that Christina felt “blindsided” by Anstead’s legal action. The pair were set to appear for a hearing this March before ultimately reaching an agreement in November 2022 to share joint legal and physical custody of Hudson.

Before settling the dispute, Anstead alleged that the Flip or Flop alum was “exploiting” their son by sharing him in social media posts used for paid promotion. Christina, meanwhile, defended her habits but has since shared fewer glimpses of her youngest child.

“This will be the last time I talk about this … Since there is so much confusion and false info about Hudson’s photos,” she wrote via Instagram in November 2022. “People on here telling me, ‘She was never told she couldn’t post’ … Umm correct … I never said that! I was NOT told I could no longer post Hudson … I was NOT told anything by a judge because I was never in front of a judge. I CHOSE and choose not to post Hudson because I was exhausted with Instagram being used as a tool against me.”

She continued: “This has nothing to do with ads, people need to wrap their heads around the fact that none of this actually has to do with advertisements. This is about CONTROL.”

One month prior, Christina slammed Anstead’s “manipulation tactics” and “false accusations” while discussing her plans for Hudson’s future. “This has had great impact on me and my household,” she wrote in an October 2022 Instagram upload. “Because of this, I have made the decision to no longer feature Hudson on Instagram, my tv shows or any social platforms until he is old enough to make this decision for himself. … Hudson will be just fine without having his presence displayed on a public forum.”