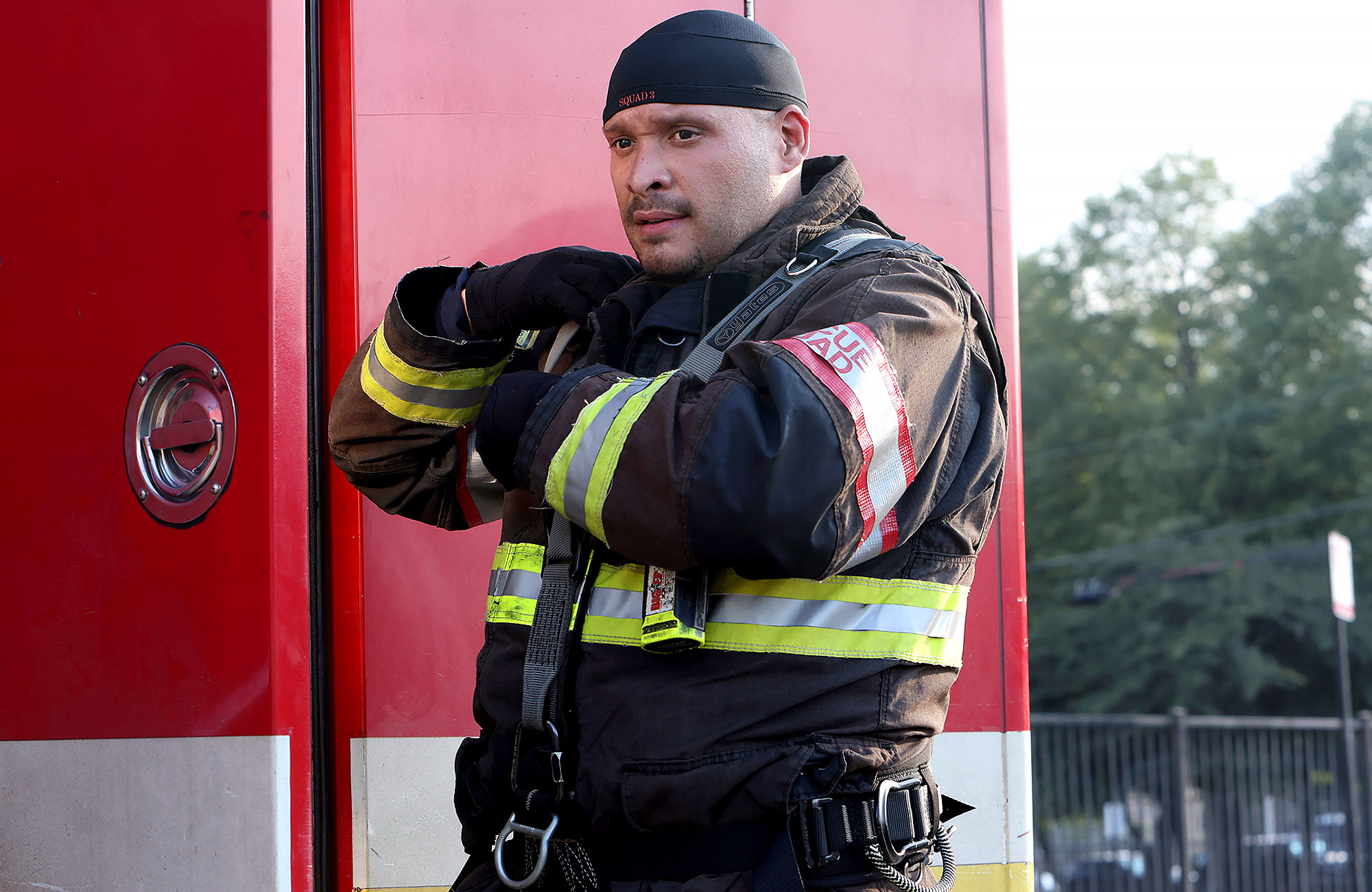 Mouch better make room on the couch! Joe Minoso has been on Chicago Fire since its 2012 debut a decade ago, and now he’s predicting where his character, Joe Cruz, will be in 10 more years.

“I don’t think any actor thinks like, ‘Oh yeah, 10 years from now my character …’ I think most of us are like, ‘Oh, my God, we got another year.’ I kind of leave that to the writers,” Minoso, 43, exclusively told Us Weekly. “But 10 years from now, I will be in my mid-fifties. So I will be as old as the Mouches and the Herrmanns of the world. I would be perfectly happy being the new Mouch. The guy on the couch who spats out random wisdom because he’s kind of grown into the role. I think Cruz may decide to kind of move up in rank in the promotional world and maybe an easier kind of chief job, like a desk job.”

Like Herrmann (David Eigenberg), Cruz is now a dad. He and wife Chloe (Kristen Gutoskie) welcomed a son named after his late friend Otis (Yuriy Sardarov) and the couple recently took in an immigrant boy named Javi. 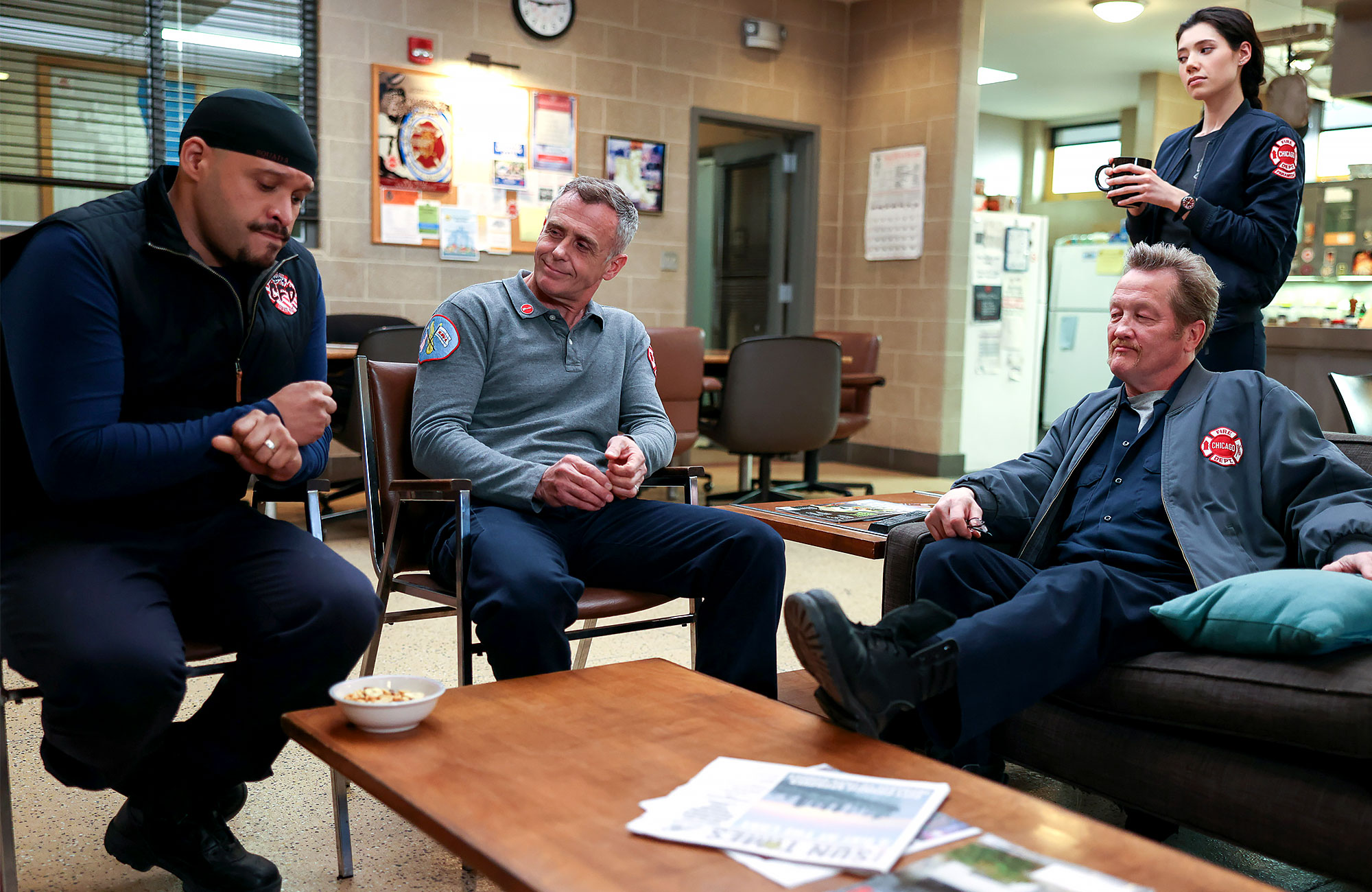 “We are definitely taking him on full-time. We haven’t officially adopted him yet, so I’d love to see that happen. I think that that would be a really wonderful moment to get to experience and quite sweet,” Minoso explained of the new story line. “I think Cruz is slowly turning into Herrmann and eventually he’ll have six kids and he will be crabby about everything. That would be so great to grow into that. I don’t know that I could ever be David, though. Herrmann is just incredible.”

One Chicago’s Most Heartbreaking Exits

Now a family of four, Minoso hopes that Cruz gets to experience the ups and downs of fatherhood in future episodes. “Who knows, maybe we go for three,” he teased to Us. “I think it’s gonna be a lot of exploring either the potential comedic opportunities of Cruz slipping and falling on his father behind or moments of him shining. I think that’s the great thing about the character is it gets to explore so much. I get to do comedic stuff. I get to do dramatic stuff. And the writers get to kind of play in that world in terms of what sides of Cruz they wanna see when.”

Like Cruz, Minoso has experienced a lot in his personal life since joining the NBC drama, noting that it’s “catapulted” his “life in a great way” over time.

One Chicago Couples Through the Years

“The whole scope of my life has completely been being on this show. I met my wife on this show, I bought my first home because of this show. I bought my first car because of this show. I lost my mother throughout this show. I lost my sister. They are my family. They are the people that I have spent the better part of my adulthood with,” he told Us. “It’s been a remarkable journey and it’s been so incredible to just be with this cast and crew. It doesn’t really grow old for me the way that I think a lot of this can happen for other actors. It continues to be just a joy to walk into work every day and being an idiot with my best friends. And then at some point they yell action and you say 10 things or you carry some heavy thing or you break some crazy thing or you get folks to scuba dive into Lake Michigan or propel off of a building. What else can a little boy from the Bronx ask for? It’s been a dream.”

He added: “The people are without a doubt the greatest gift that the show has to offer.”