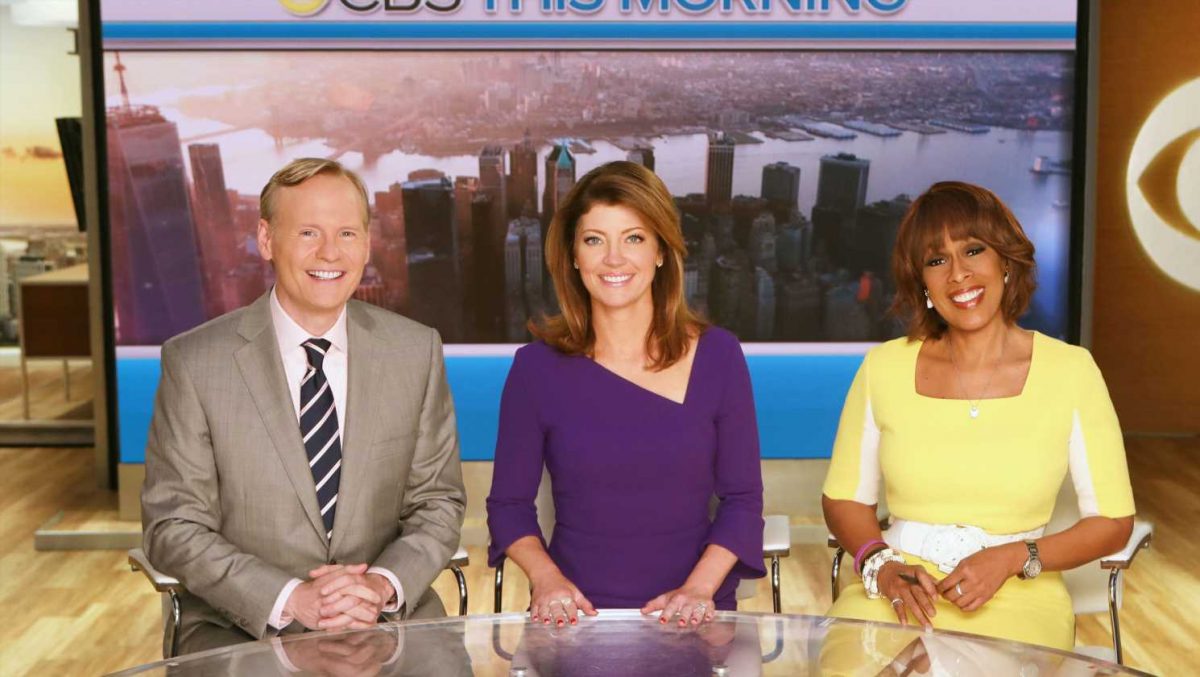 O’Donnell, who’s been a co-anchor of the broadcast since 2012, is joining “CBS Evening News,” as the anchor and managing editor, replacing Jeff Glor. In addition, she will serve as lead anchor for political events and contribute to “60 Minutes,” CBS News said.

“CBS Evening News with Norah O’Donnell” will kick off this summer in New York before relocating to Washington this fall.

“Jeff Glor as we all know is a fantastic journalist and trusted colleague here,” Gayle King said on Monday’s “CBS This Morning,” mentioning his “award-winning” reporting. “His conversation, you should know, with CBS News (continues). We all hope very much that he will continue working here. It will be his decision.”

“I think about the legacy, I think about the history of CBS News and that it’s incredibly humbling to accept this position,” said O’Donnell, who will be only the third female anchor of a network evening newscast, following ABC’s Diane Sawyer and former CBS anchor Katie Couric. “I was looking through some things that Walter Cronkite said, and he said ‘I can’t imagine a person becoming a success in life without giving everything they’ve got.’ And so I’m gonna give this everything I’ve got.”

Walter Cronkite once said, "I can't imagine a person becoming a success who doesn't give this game of life everything he's got."

I am going to give this everything I've got. pic.twitter.com/m9idQorJXd

Dickerson has been tapped for “60 Minutes” and will also have a role in election specials.

He told viewers the kid inside of him who grew up watching the news program was “pinballing all over the place.”

Anthony Mason, a senior national correspondent and CBS veteran, and Tony Dokoupil, another correspondent, are replacing them on the morning show alongside King, beginning May 20. King just renewed her contract in a top-priority negotiation with the network. The New York Post reported her salary has been doubled to at least $11 million a year.

The anchor changes mark the first big moves by CBS News president Susan Zirinsky, who took became CBS News’ first female president in March. (A fourth “Morning” co-anchor, Bianna Golodryga, was relieved of her duties in April after a six-month stint and exercised an option to exit the network).

She is aiming to reverse the fortunes of CBS’ cellar-dwelling “Evening News” and “This Morning”  telecasts, which have for years have lagged behind NBC and ABC in a distant third place, even as CBS leads them in overall primetime audience.  Ratings for both broadcasts have suffered in the wake of recent changes: Charlie Rose’s 2017 exit from “Morning” in the wake of sexual misconduct allegations, and the naming of Glor, also in 2017, to succeed Scott Pelley.

Mason, a longtime CBS correspondent, anchors the Saturday edition of “CBS This Morning” and Dokoupil joined the network as a correspondent in 2016. Dickerson, a former Washington correspondent and former anchor of Sunday political show “Face the Nation,” joins “60” just as King pal Oprah Winfrey revealed she stepped down as a contributor to the program.

Monday, King ventured off-script to put to bed any notion that she wanted to get rid of O’Donnell.

King went on to say that when Zirinsky took her post she warned there would be changes.

“This is a business about ratings and when the ratings don’t work they make changes,” said King, “and so they’re making changes that they hope will lead to better things.”

Reiterating that there was no feud between the two, O’Donnell shared King was her “work BFF.”

“You made me better in everything I have done,” O’Donnell told her.