Tom Hanks and Rita Wilson’s Relationship Timeline Over the Years

The Saving Mr. Banks star, 65, was tasked with throwing the ceremonial first pitch at the Friday, April 15, baseball game shortly before the Guardians took on the San Francisco Giants. There, Hanks had some emotional support in Wilson, the volleyball he costarred with in 2000’s Cast Away. 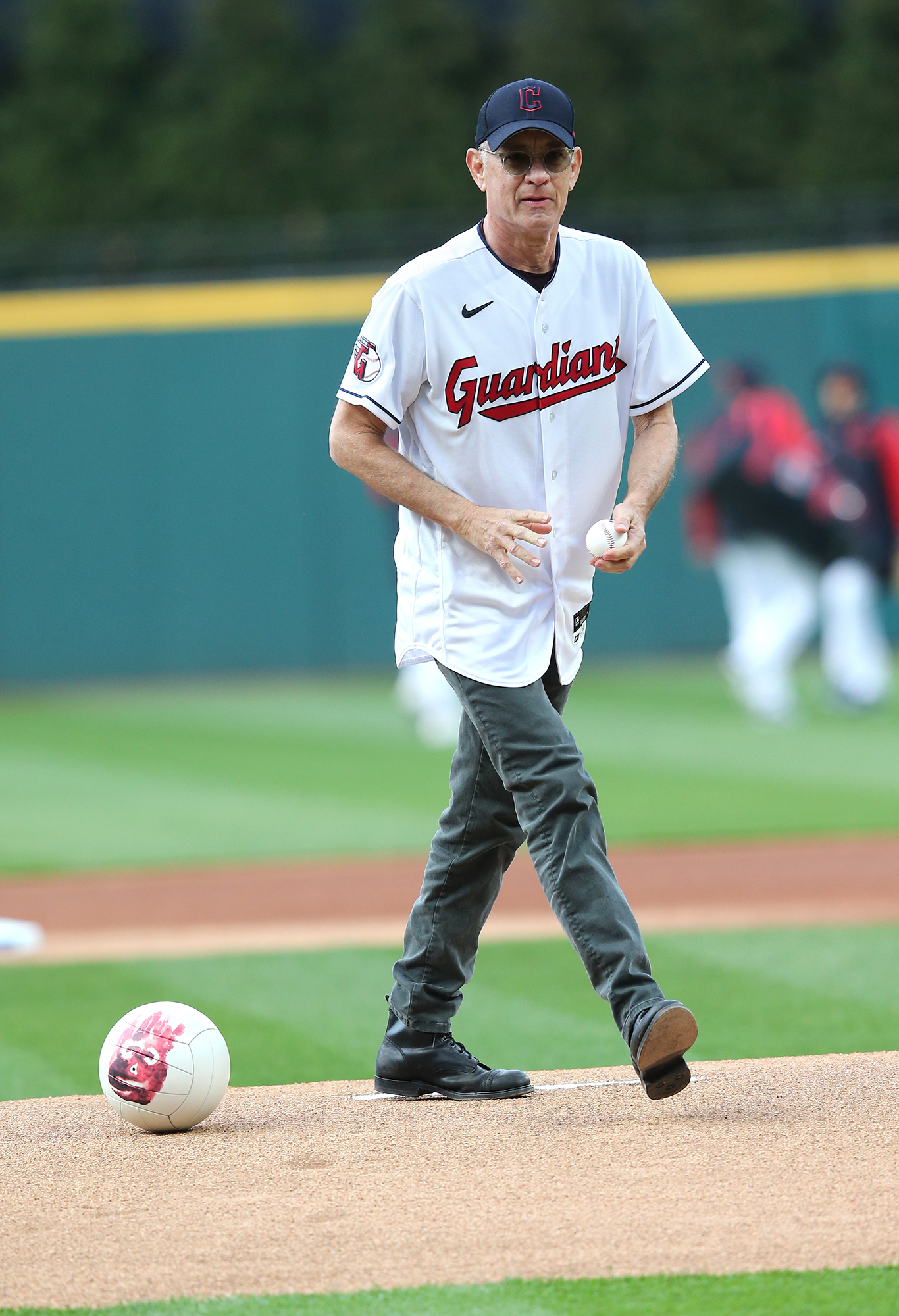 In the movie, Hanks played Chuck Noland, a FedEx executive who ends up stranded on a deserted island. His only source of companionship is found in a volleyball, affectionately known as Wilson. The white ball notably had a red handprint with a smiling face etched onto the front. During Friday’s game, the letter “C” was painted next the print in honor of the Guardians’ residence. (The Giants ended up winning the game 4-1.)

“There goes Wilson,” CBS Sports broadcasters explained via commentary after the ball started rolling away from Hanks, who was preparing to toss the baseball. “Well, it’s windy today! [He’s] always the consummate actor. … There he goes again! Wilson’s got a mind of his own [or] maybe it’s remote-controlled.”

Though it’s been more than 20 years since Hanks and Wilson first became best buds onscreen, the California native has fondly remembered his time on set.

“We had just bold adventures when we were making that movie,” Hanks recalled during an appearance on “The Bill Simmons Podcast” in November 2021, calling Cast Away one of his favorite movies that he made. “I mean we were out in the middle of the ocean just — you know — trying to grab shots. We were off in Fiji on two different occasions. … There was nothing but adventures every single day, every single night.”

He added: “[One day] the sun was not yet up in the East, and I would get up wearing nothing but a Speedo and a T-shirt. I would make myself a cup of coffee. The house would be quiet — everybody would be in bed. Stars were out. Moon was out. The sky wasn’t even yet to turn blue, in the East, and I would make a cup of coffee then I would stroll down the gravel road to where the pier was. And then I would swim out to the special fishing boat … get on with the pilot and the mate and one of the guys from the crew. And we would head out, and for 50 minutes the sun would be rising behind us on the open sea, and we would be heading towards the island of Monuriki, which is where we shot.”

Hanks — who has been married to actress Rita Wilson since April 1988 — eventually won the 2001 Golden Globe trophy for his leading role in Cast Away.