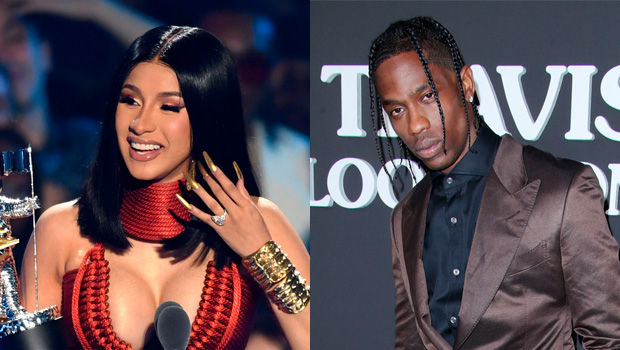 Cardi B doesn’t regret standing up for herself when some fans claimed Travis Scott should have won the Grammy Award for Best Rap Album instead of her because her reaction wasn’t meant to be a diss.

Cardi B, 26, made headlines when she clapped back at some Twitter users after they got into a debate about whether or not fellow rapper Travis Scott, 28, should have won the Grammy Award for Best Rap Album instead of her, and now we’re learning she had a reason for doing so, and it wasn’t to diss Travis. The “Bodak Yellow” artist won the prestigious honor in Feb. for her album Invasion of Privacy, which was up against Travis’ Sicko Mode, and the backlash at Cardi’s win started after Travis’ newly released documentary, Look Mom I Can Fly, included a scene that showed him looking upset about the loss.

“Cardi is not one that will ever rest on sticking up for herself,” a source EXCLUSIVELY told HollywoodLife about Cardi’s defensive response to Travis’ fans. “She is opinionated and that is actually a part of her charm. She wasn’t going after Travis perse but more protecting her brand and protecting herself from the haters. She does not take any BS lightly and she will continue to stick up for herself always and often. Cardi will eventually laugh it all of but she was pissed because she felt that her hard work was threatened and Cardi wanted to make sure that everyone knew she was having none if it.”

One of the things that bothered Cardi the most about the followers’ opinions was when some claimed she didn’t deserve the win. “On my album I showed different sides of me. From my intro talking about my pass. To living my best life inspiring people. Relationship songs while I was going thru my own relationship drama to shaking ass like Bodak & that ASS. Every song went platinum!”, one of her tweets read before she went on to mention how she was pregnant during the making of her album.

“I did it all while I was pregnant,” she continued. “Throwing up, drowsy, terrible colds and in a rush to finish it so I can start doing music videos before I started showing. I spend 24 hours for months sleeping on a couch with my pregnant depressed ass in a studio.” She also admitted she wasn’t thinking of winning a Grammy when she was immersed in the creativity of the album because she was too worried that the final product wouldn’t be good enough. “I wasn’t even thinking of winning or even the Grammys,” she wrote. “All I can think about was …everybody is disappointed in me. Am I still going to have a career after this baby? Is this album going to make me or break me? I need to finish before I start showing.”

Cardi is known for being outspoken when defending herself and things she believes in so it’s not too much of a surprise that she would do so in this situation. We’re just happy she’s now confident enough in herself and her music to do it!