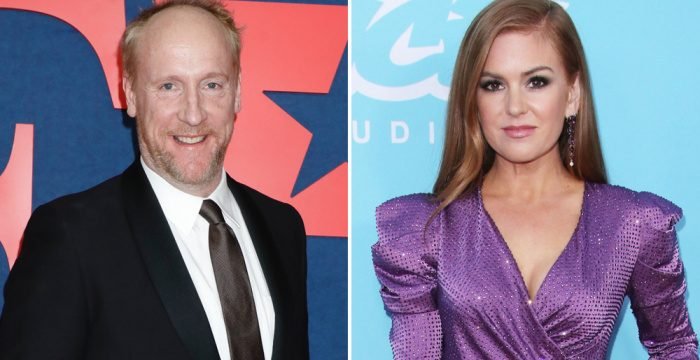 Matt Walsh and Isla Fisher will star in “Unplugging,” a comedy about a couple who try to recapture their romance by taking a vacation in a rural town. They hope that unplugging from social media and electronics will force them to reconnect with each other and will save their marriage.

“Unplugging” marks the directorial debut of Debra Neil-Fisher, the editor of “Ted” and “The Hangover.” Walsh, best known for playing the hapless press secretary on “Veep,” penned the script with Brad Morris (“Cougar Town”). Both men will produce alongside Deborah Liebling (“Plus One”), Stephanie Laing (“Veep”) and Kevin Matusow and Carissa Buffel for The Traveling Picture Show Company. Radiant Films International will handle foreign sales and introduce to buyers at this year’s Cannes Film Festival. The Gersh Agency and UTA Independent will co-represent domestic sales.

“My favorite films are relatable character comedies and travel adventure,” said Neil-Fisher. “When I was sent this script, I thought, I’ve finally found a cinematic story that is both. I am beyond thrilled to work with amazing comedians like Matt and Isla who can help me create hilarious timeless characters that everyone can relate to.”

Walsh most recently appeared in “Widows” and in the upcoming TV movie “Happy Accident.” Fisher’s film credits include “Wedding Crashers,” “Confessions of a Shopaholic,” and “Now You See Me.” She will be seen in the upcoming films “Greed” and “The Starling” opposite Keanu Reeves.

Walsh and Fisher are both represented by United Talent Agency (UTA). Neil-Fisher by Kaplan / Perrone Entertainment and The Gersh Agency. Morris by ICM Partners and Artists First.