Britney Spears shared in a Friday Instagram post that she reunited with Donatella Versace nearly 20 years after she sat front row at the designer’s Milan fashion show.

“Look who came to visit … these 2 bad bitches are up to no good 💕🌹🌹 …” Spears, 40, captioned a carousel of photos that see her and fiancé Sam Asghari hanging with Versace, 66, at the pop superstar’s mansion in Thousand Oaks, Calif.

For the pics, Spears wore a tan-and-white crop top paired with white shorts and brown heels, while Versace rocked a pink pantsuit with a vibrant green top. Meanwhile, Asghari, 28, kept it casual in a white T-shirt and blue jeans.

All three donned bright smiles while posing together.

In the comments section of the post, Spears’ husband-to-be wrote, “Versacney ♥️” 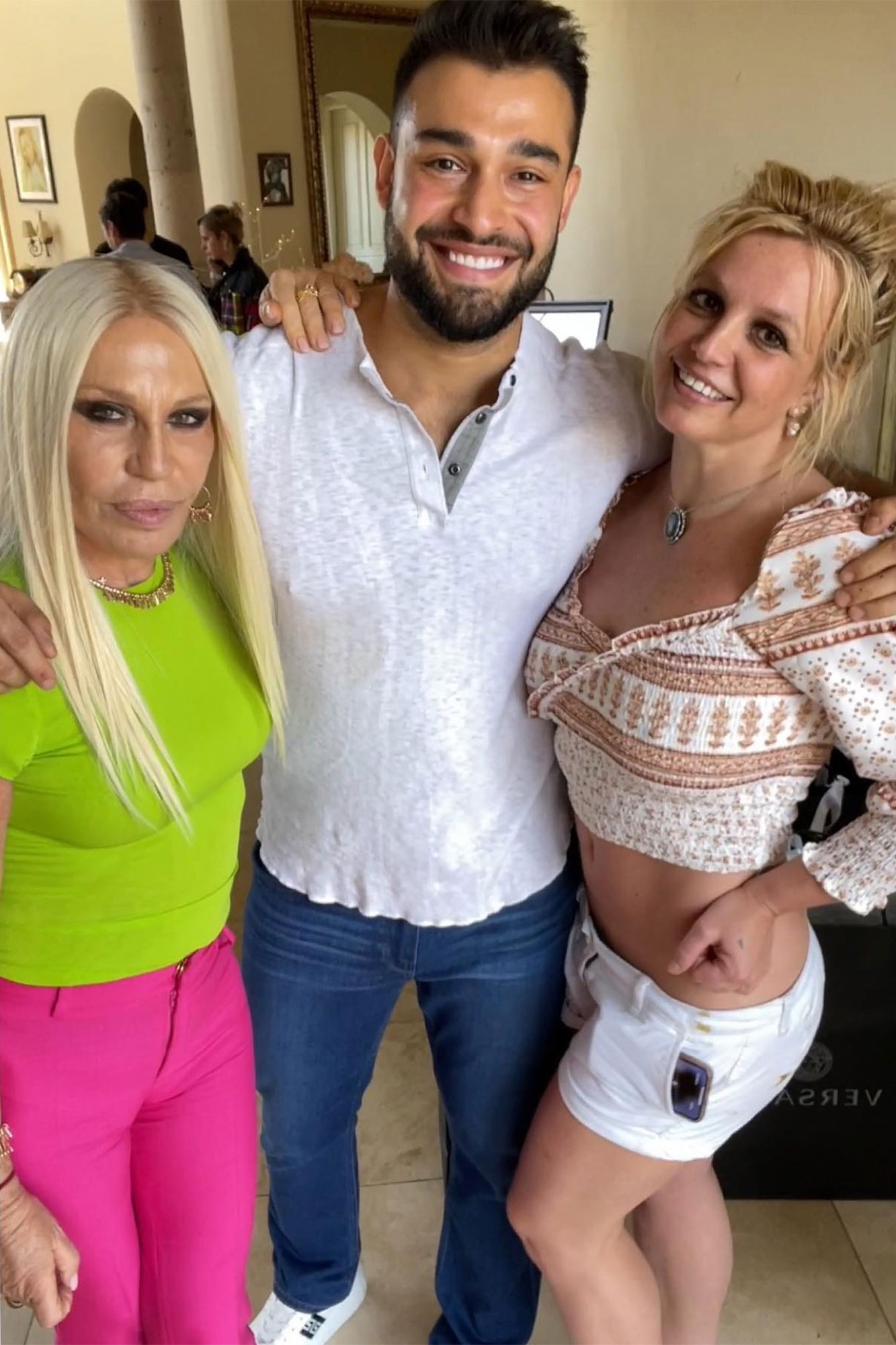 Days before her controversial conservatorship was finally terminated — and nearly two months after she accepted a proposal from Asghari — Spears revealed in November 2021 that she selected Versace to design her wedding dress.

“No … this is not my wedding dress  bahahah !!!!” she captioned Instagram photos of herself in a pink ballgown.

“Donatella Versace is making my dress as we speak ,” she continued, adding, “Have a good night folks !!!!” 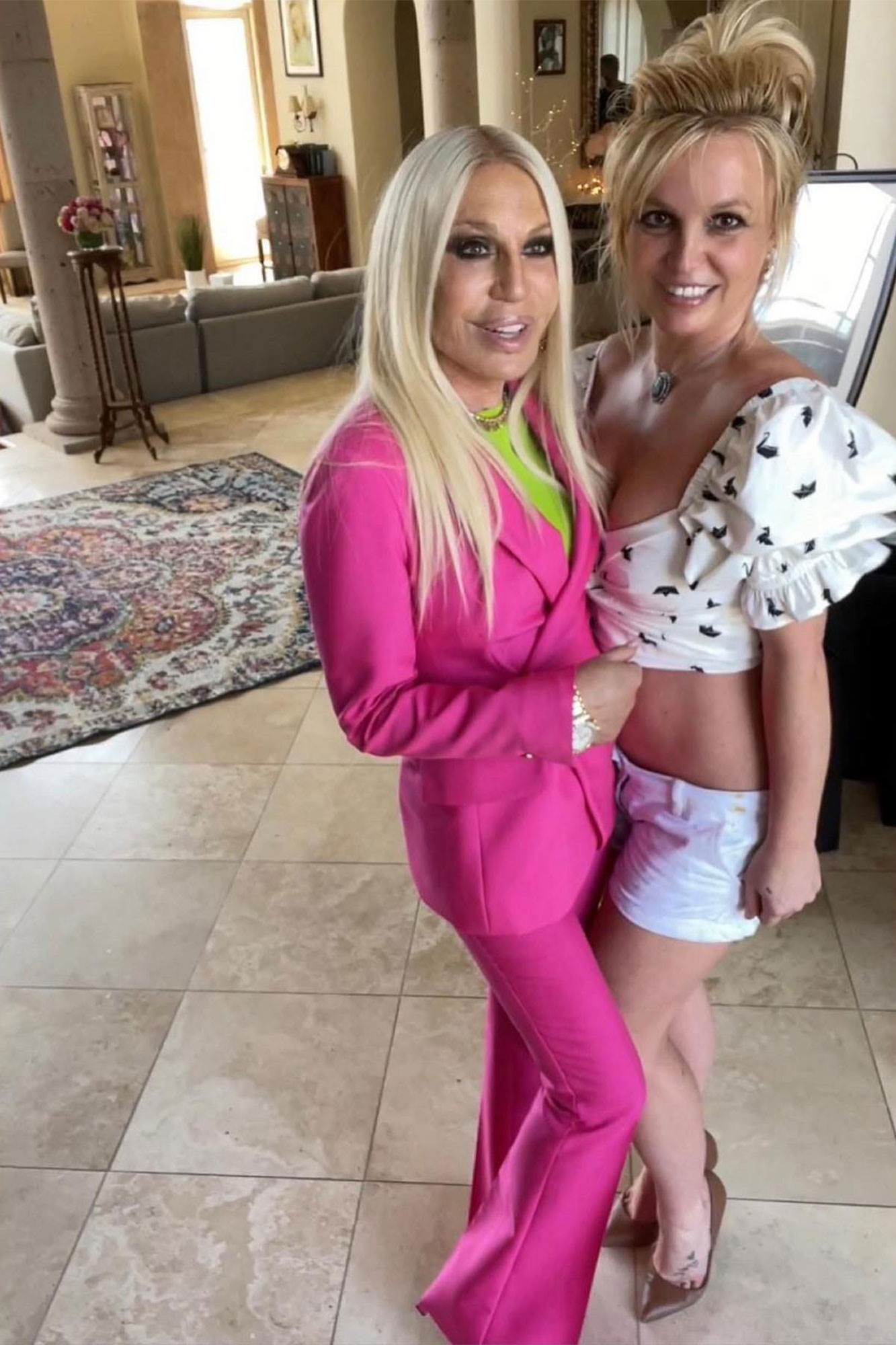 Spears has worn Versace designs for a series of iconic moments in her career — including the green dress she wore to perform alongside Michael Jackson in 2001 and the set of silver dresses she wore while accepting three MTV Video Music Awards in 2008.

In May 2021, Versace shared a throwback snap of herself embracing Spears at the presentation for her Spring/Summer 2003 collection that took place in October 2002.

“This flashback is from when [Spears] came to my show in 2002, looking glamorous in Versace✨” the designer wrote at the time. “I’ll never forget when you came and stayed with me Britney, you were and will always be magical!!!!” 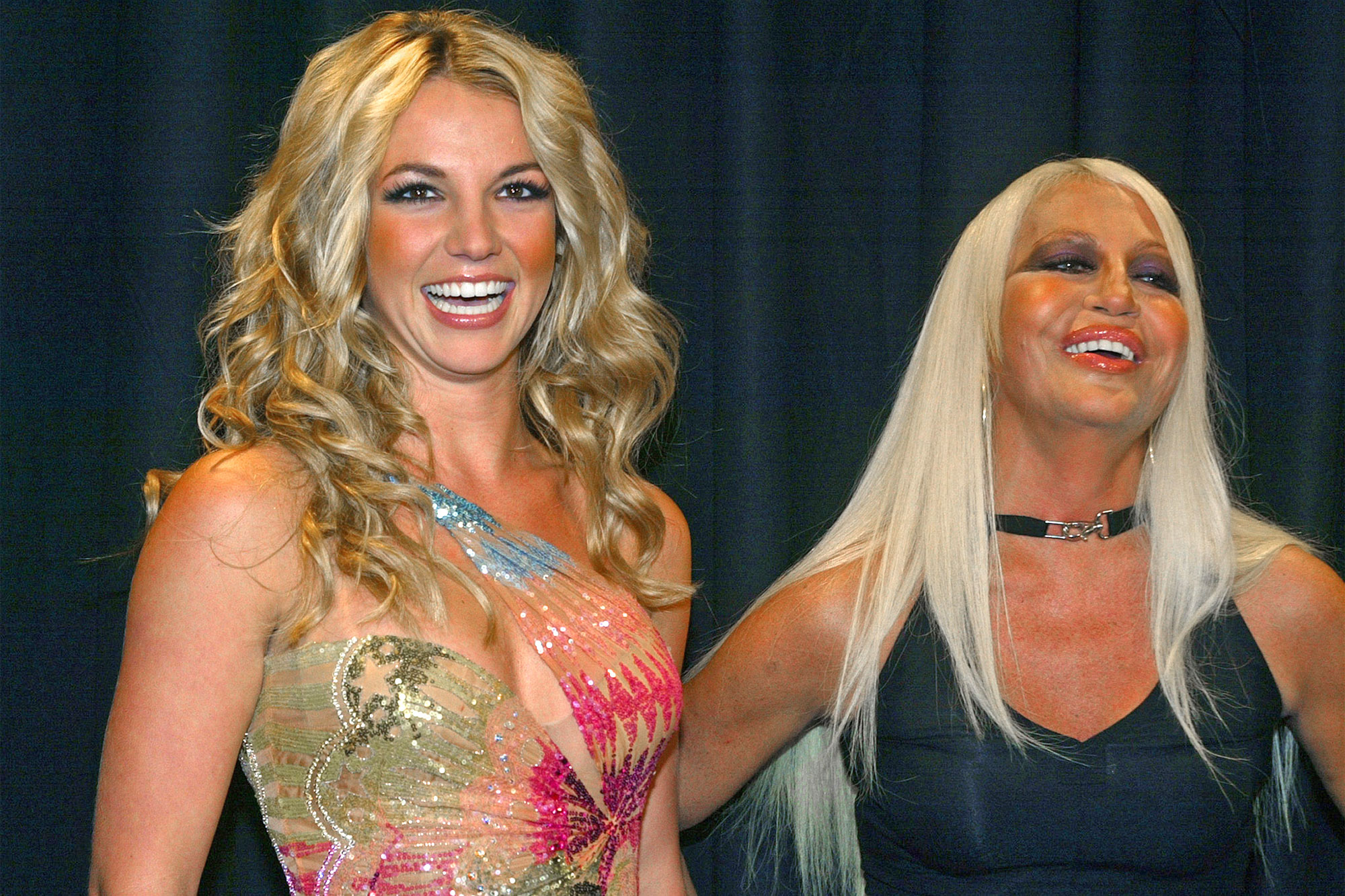 Spears and Versace gushed over each other in a joint interview before the fashion show, as seen in backstage footage.

“She’s letting me stay at her home. It’s absolutely beautiful. It’s like a dream come true being here right now,” the entertainer said at the time.

Versace stated that she was “very honored” to have Spears at her show: “She is very multitalented. She sings, she dances, she’s young. She’s reached a success nobody has before.”

Visibly touched, Spears responded, “I’m incredibly flattered. You are so sweet. That is so kind of her. She’s let me into her home and you’ve been so nice. Thank you so much!”