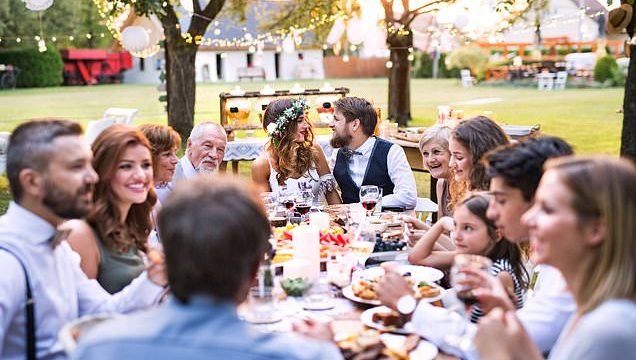 Bride and prejudice! Bigoted woman announces to her wedding guests that they will be seated according to RACE, with ‘separate but equal’ tables for whites, blacks, Asians, and Hispanics

Facebook users are expressing horrified indignation at a bride who supposedly separated her wedding guests by race during the meal at her reception.

The bride, who has not been identified, shared a ‘PSA’ on Facebook group, warning guests that when they arrived they would be seated according to their race — with nine tables for whites, one for Asians, two for blacks, and two for Hispanics.

A screengrab of the post has since been sharing in a wedding-shaming Facebook group, where thousands of members have reacted with disgust and anger. 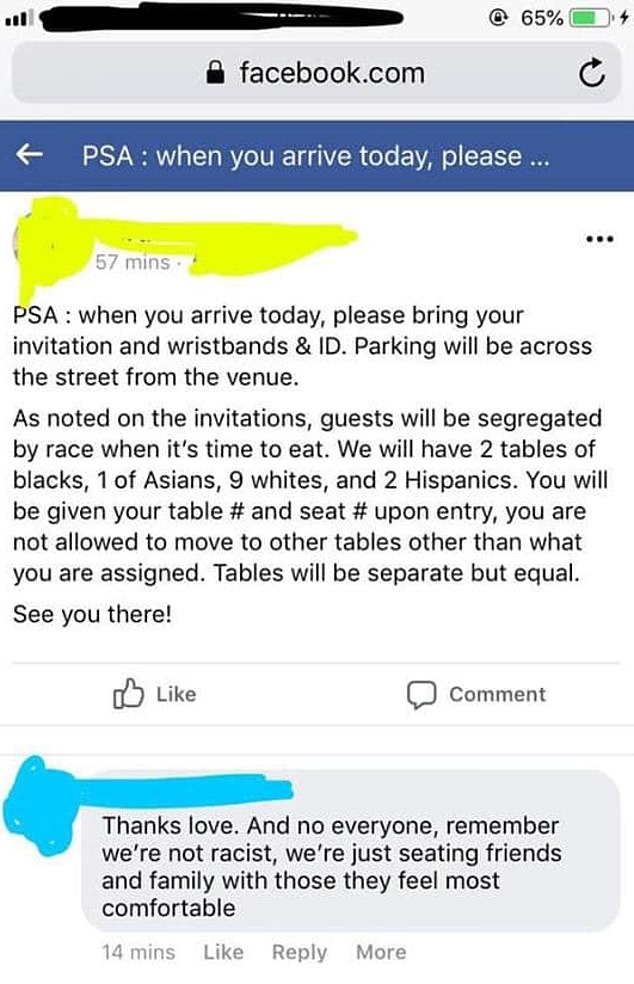 Crazy! A member of a wedding-shaming social media group shared a shocking Facebook post by a bride warned guests ahead of the wedding that they would be seated according to race

A woman named Kassie Chung shared the screengrab of the offending post in the group ‘That’s it, I’m wedding shaming (non ban-happy edition)’ on May 12.

She blurred out the bride’s name, as well as the name of the groom, who commented on the post.

The original post appears to have been shared in a group for the bride’s wedding ahead of the nuptials.

‘PSA,’ it reads. ‘When you arrive today, please bring your invitation and wristbands & ID. Parking will be across the street from the venue.

‘As noted on the invitations, guests will be segregated by race when it’s time to eat. We will have 2 tables of blacks, 1 of Asians, 9 whites, and 2 Hispanics.

‘You will be given your table # and seat # upon entry, you are not allowed to move to other tables other than what you are assigned. Tables will be separate but equal.’

‘Thanks love. And no everyone, remember we’re not racist, we’re just seating friends and family with those they feel most comfortable,’ he wrote.

Understandably, commenters in the wedding shaming Facebook group were furious.

‘If someone is mixed will that just be slice up? Or is that a separate table as well?’ asked another, while a third wrote: ‘What about couples that have interracial relationships or those who are transracially adopted?’

‘What the EVERLOVING F*** were they thinking?! In what world is that even a tiny bit okay to do?’ wrote a Redditor. 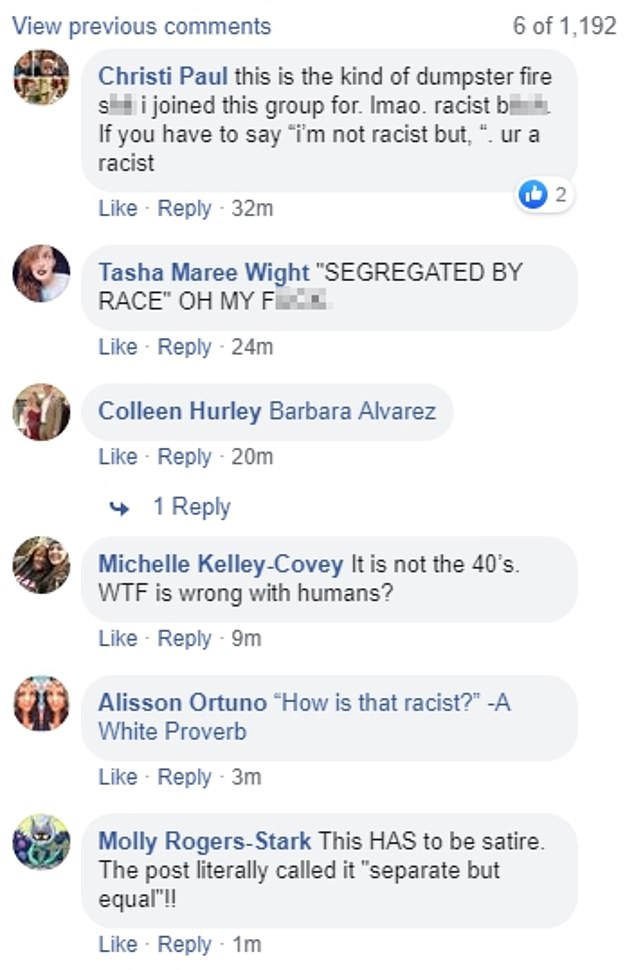 Gross: Commenters are horrified and disgusted by the racist behavior 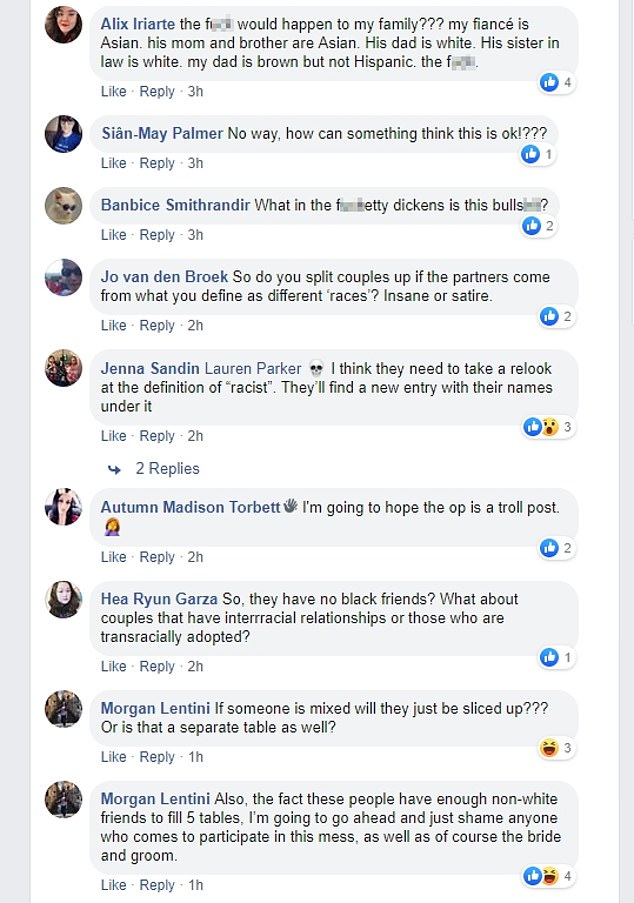 But several others insisted that the post must be fake.

‘This HAS to be satire,’ wrote one. ‘The post literally called it “separate by equal!”‘

‘I’m going to hope the OP is a troll post,’ wrote another, while one more commented: ‘Maybe this is a political stunt to get some attention?’

On Reddit, users discussing the post guessed that if it wasn’t a troll, it was meant to be social commentary.

‘The separate but equal part is the most obvious, but also: weddings are already the most segregated places in the world. Even people with diverse friendships generally don’t have much diversity among their wedding guests. So we’re supposed to believe that the type of people to have much higher than average diversity at their wedding would do this?’ wrote one.