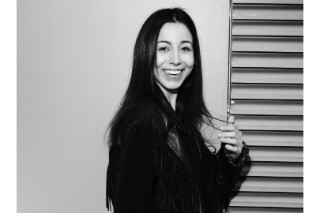 MILAN — Children of the famous may sometimes resent conversations shifting toward said parents, but this is not the case with Benedetta Piccioli, daughter of Valentino creative director Pierpaolo Piccioli. On the contrary, Benni, as she is affectionately called by her family and friends, easily speaks of her father with much affection, clearly proud of his accomplishments.

While the purpose of the interview is to focus on her potential future projects, following the exclusive contract she signed with agency Women Management Milano, part of the international network Elite World Group, she never tries to move the focus onto herself.

The contract was inked last month, but Benedetta has her feet firmly planted on the ground and isn’t giving up on working toward her master’s degree in communication and journalism — and eyeing a career in either. Now 23, she graduated in modern literature from the prestigious Sapienza University in Rome last April — during Italy’s first and complete lockdown, she underscored. Like many of her peers, she’s now confined at home, studying remotely. However, she sees the glass half-full and admits she is privileged at being able to take long walks on the beach, a few feet away from her home in Nettuno.

Pierpaolo Piccioli’s way of life is unconventional, especially for a couturier. He continues to live in Nettuno, Italy, a beach town 44 miles south of Rome. He was born there, and it’s where he met his wife, Simona, and where they raised their three children. Living in Nettuno has allowed the Piccioli family to lead “a normal life, going to public schools and doing everything like everyone else,” said his daughter, who also credits her mother for being “pragmatic.” She shares a humble streak with her father — and the same mannerisms and “a head in the clouds” — but admits she does not want to be considered “a hypocrite.”

“I am aware of my father’s position, it would be unreal otherwise, and we know much has changed since he became sole creative director in 2016 [after the departure of Maria Grazia Chiuri for Dior]. Up until then, in high school, I lived in anonymity.” She is the eldest as her brother Pietro is 21 and their sister Stella will be 15 at the end of March. Benedetta, wearing a black sequined VLTN T-shirt, her hair in a high ponytail, admitted Stella is much more trend- and fashion-oriented than she is. 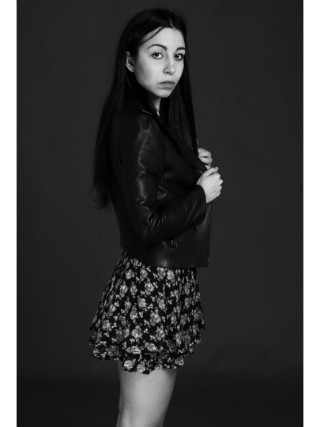 Women Management Milano will manage Piccioli’s image for future endorsements, expected to be in sync with her personality, talent and interests, which span the arts, literature, film and theater. She is represented by the Talents division. Wanda Melara, senior agent at Women Milano, said the agency is “working to develop Benedetta’s talents and to express her passions and develop content, also on social media.”

To be sure, on Instagram Piccioli has been posting makeup and beauty-related content, reflecting one of her strongest passions — together with reading and writing. “I try on all kinds of different makeups and I enjoy interacting on Instagram,” she said.

As for modeling, earlier this month she appeared on the cover of Italian Marie Claire wearing Valentino and photographed by her father. “We have a wonderful relationship and he put me at ease, even though this is not my job.” 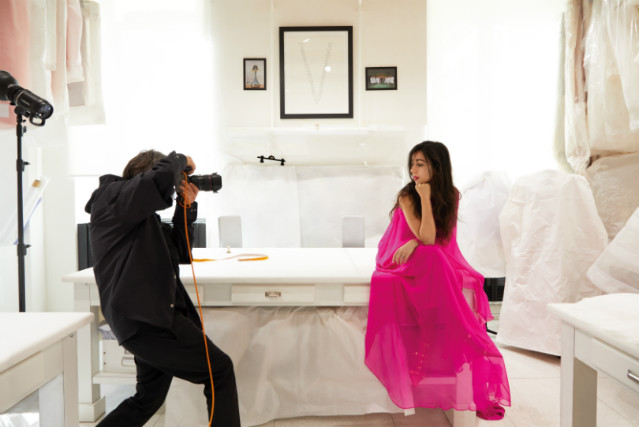 Before that, she posed for A Magazine curated by her father in 2019, wearing a feather hat created by Philip Treacy for Valentino, flanking the likes of Naomi Campbell, Mariacarla Boscono, Pat McGrath, Guido Palau, Frances McDormand, Giancarlo Giammetti and her mother.

She admits she doesn’t know if she will ever work in fashion, but she has been influenced from within, growing up going to fashion shows and catching up with her father in the atelier. Pierpaolo Piccioli has admitted more than once that he listens to his children’s comments and that he treasures their input.

Benedetta, while ascribing the fashion decisions entirely to her father, conceded that he has sometimes been organically influenced by her love of literature. “Preparing his first solo collection [rtw, spring 2017], I was studying and repeating Nietzsche aloud, he heard me and was intrigued, and that led to an influence in the collection,” she recalled.