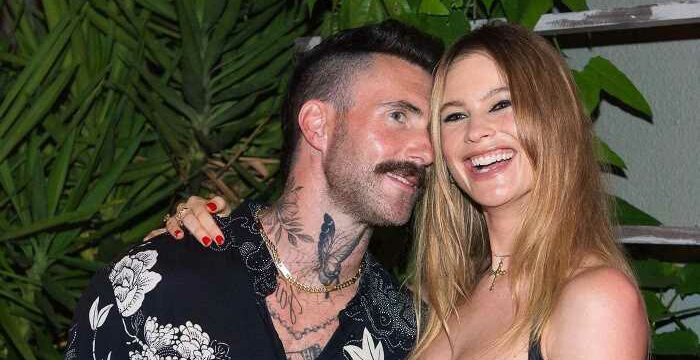 Sunny days! Adam Levine and pregnant Behati Prinsloo are seemingly putting his cheating scandal behind them as they prepare for baby No. 3.

Everything to Know About Adam Levine’s Cheating Scandal: What He’s Said

The Maroon 5 singer, 43, and the model, 34, were spotted soaking up the sun in California on Saturday, October 8, hitting the beach with their daughters — Dusty Rose, 6, and Gio Grace, 4. In photos obtained by TMZ, the twosome smiled and laughed as they laid out in the sand before hopping on bikes for a beachside ride.

The couple, who tied the knot in 2014, have been at the center of controversy since Levine was accused of having a lengthy affair with model Sumner Stroh, who aired out her allegations in a viral TikTok last month. “I was very easily manipulated,” the 23-year-old claimed in September, noting that she was “young” and “naive” when she sparked her alleged romance with the former Voice coach. 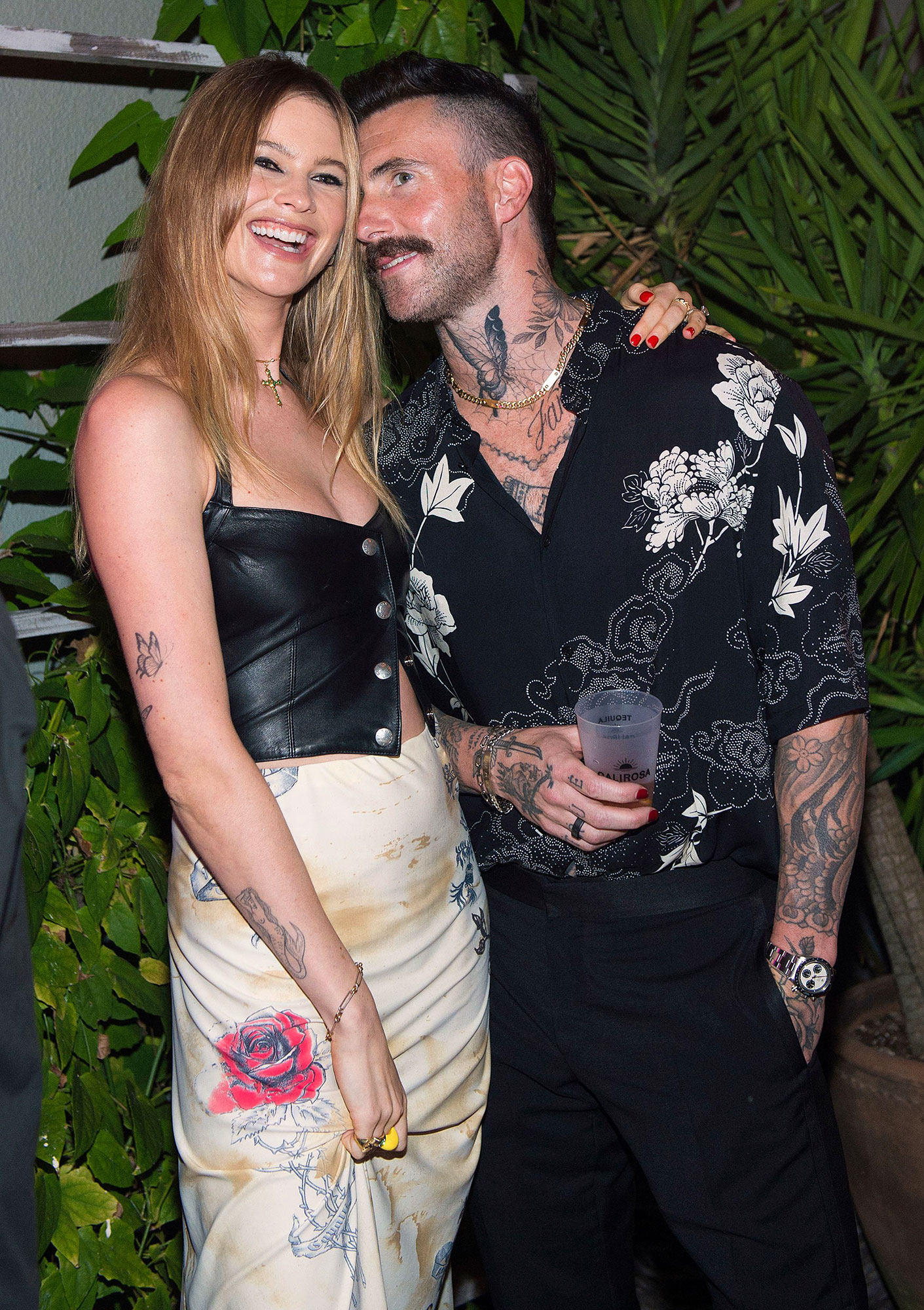 Stroh shared her story days after Prinsloo confirmed she’s expecting her third child with Levine, baring her baby bump in an Instagram selfie. According to the University of Texas alum, the “Misery” singer reached out to her in June after they broke off their affair with a bizarre request.

Celebrity Couples Who Stayed Together After Cheating Scandals

“He said, ‘OK. Serious question. I’m having another baby and if it’s a boy, I want to name it Sumner,’” Stroh claimed in her video, sharing screenshots of the alleged messages. “[He asked], ‘You OK with that? Dead serious.’”

Levine shut down Stroh’s accusations at the time before several more women came forward with allegations of their own. “I used poor judgment in speaking with anyone other than my wife in ANY kind of flirtatious manner,” he wrote via his Instagram Story in September. “I did not have an affair, nevertheless, I crossed the line during a regrettable period of my life. In certain instances it became inappropriate. I have addressed that and taken proactive steps to remedy this with my family.” 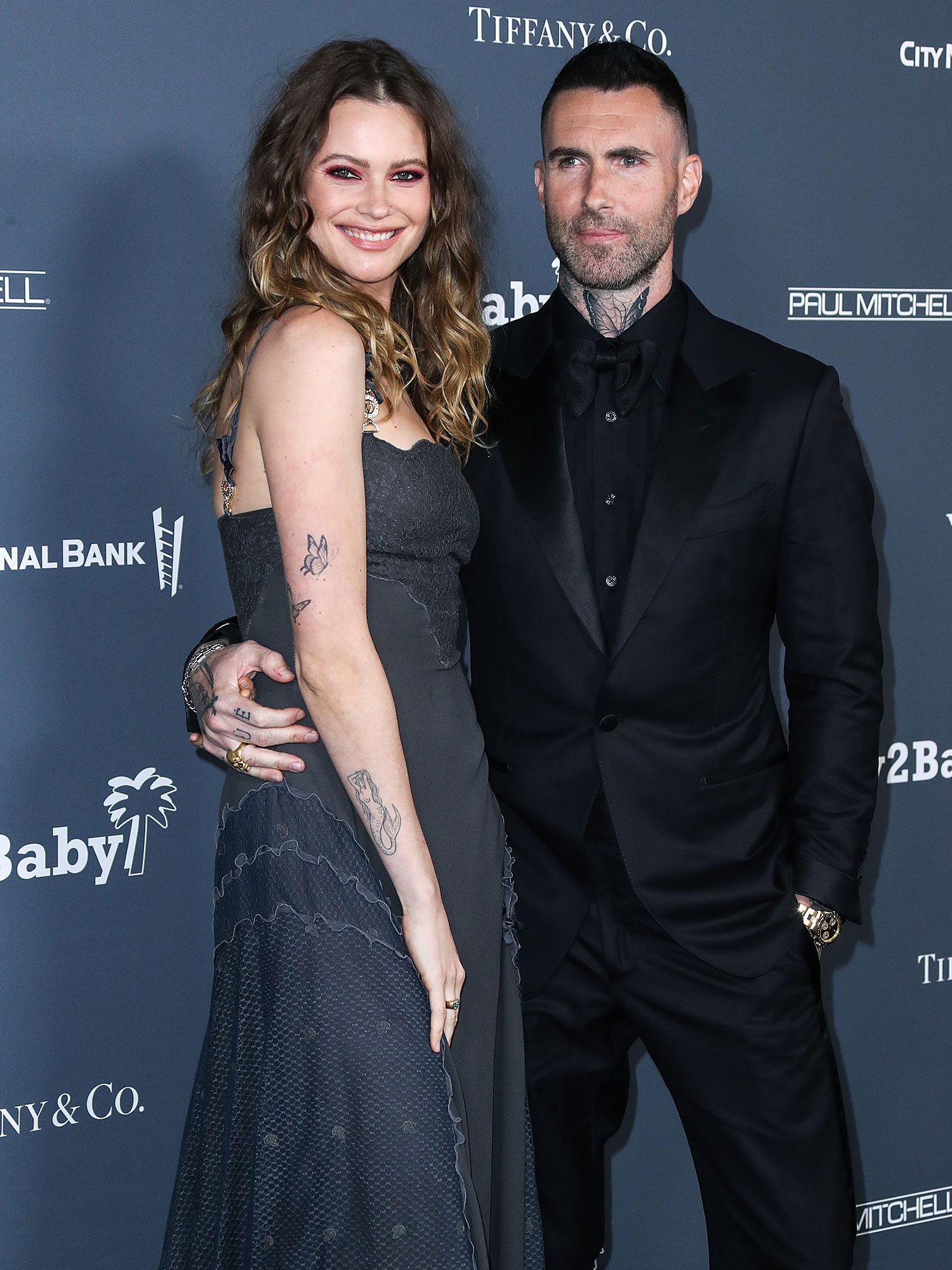 The “Sunday Morning” crooner continued: “My wife and my family is all I care about in this world. To be this naive and stupid enough to risk the only thing that truly matters to me was the greatest mistake I could ever make. I will never make it again. I take full responsibility. We will get through it and we will get through it together.”

Prinsloo, for her part, has yet to publicly comment on the scandal, but she and her husband are doing their best to move forward. “Adam and Behati are trying to put this mess behind them and focus on the more positive aspects of their life together,” a source exclusively told Us Weekly earlier this month. “They feel extremely blessed to have this baby on the way.”

A second insider told Us that Levine “feels awful” for putting Prinsloo through such public drama as they expand their family. “All he can do now is make sure he works on himself and doesn’t mess things up again,” the source added. “He loves her dearly and feels beyond grateful and lucky that she’s sticking by his side and giving him a second chance to prove himself.”