Officers patrolling in the Sycamore Creek area Saturday night came across the unauthorized gathering, the U.S. Forest Service wrote in a Facebook post. 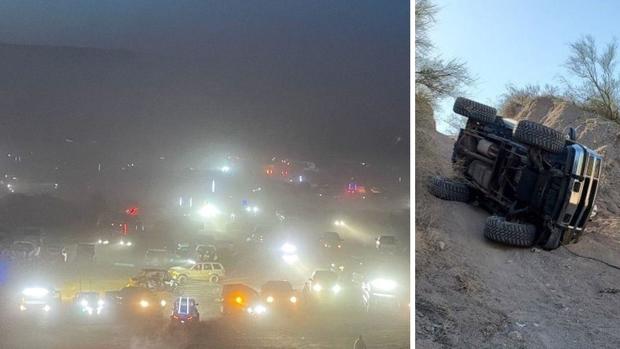 According to CBS affiliate KPHO-TV, forest officials say campers and partiers restricted access by taping off sections of the main road to designate the party area and vehicles were parked all along the main roads.

Susan Blake with Tonto National Forest said it was likely the largest unauthorized gathering they’ve ever had in the forest.

“There were, you know, DUIs. There were plenty of tickets issued for riding two up on ATVs. Not wearing helmets for children,” Blake said.

By the end of the night, there had been seven vehicle accidents reported and multiple reports of stolen off-highway vehicles.

Authorities said one person was taken to the hospital after getting injured when two quads collided.

“Well, I was horrified to see it,” said Sandy Bahr with the Sierra Club Grand Canyon Chapter. “That many people engaged in those types of activities in one area — it’s going to be super destructive.”