The image of the prototypical Australian has long been of the tanned, thin, surfer-type. Last night, activist Taryn Brumfitt was made the 2023 Australian of the Year, signalling a needle-shift for representation of different bodies. “There is no way this conversation would have been had 10 years ago, even five years ago,” says April Hélène-Horton, an advocate for body liberation.

But how significant is Brumfitt’s appointment when it comes to shifting Australia’s mindset about thinness? 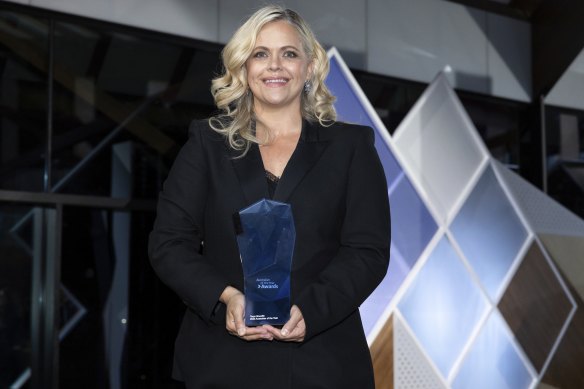 Body positive activist Taryn Brumfitt has been awarded the 2023 Australian of the Year.Credit:Alex Ellinghausen

Professor Deborah Lupton, a sociologist at the University of New South Wales, says things are gradually changing but there’s still a long way to go.

She applauds Brumfitt for her advocacy, but also acknowledges that she is part of a long line of activists in the field. “Taryn is part of a counter-culture in terms of [fighting against] that fat shaming,” but she says many activists who have been fighting for this cause since the 1990s can be forgotten in these conversations.

She adds that “fat activists who are living within bodies that are far more stigmatised than Brumfitt’s tend to be invisible in these public discussions.”

In her acceptance speech, Brumfitt called attention to the culture of shame around bodies that don’t fit the norm, particularly when it comes to our youth. “We weren’t born into the world hating our bodies. This is something society has taught us. Body shaming is a universal problem,” she said. Brumfitt also acknowledged the need to expand conversations around body image to include men, announcing that her third Embrace documentary would focus on the topic.

Melissa Wilson, head of communications at The Butterfly Foundation, says they’re “really excited about her appointment.” She hopes Brumfitt’s visibility will push the government to put more funding into supporting this issue, particularly when it comes to children and education.

“Negative body image is the biggest risk factor for eating disorders, but beyond that, it’s a big risk factor for kids to become disengaged from their peers,” says Wilson. She points to the foundation’s program, Butterfly Body Bright, that they are aiming to get into every Australian primary school.

Brumfitt, 45, went viral in 2014 when she shared a side-by-side of her bikini-clad body during a bodybuilding competition, and after, slightly heavier but visibly happier. Since then, Brumfitt has become an advocate for body acceptance, founding The Body Image Movement and producing two documentaries, Embrace and Embrace Kids. 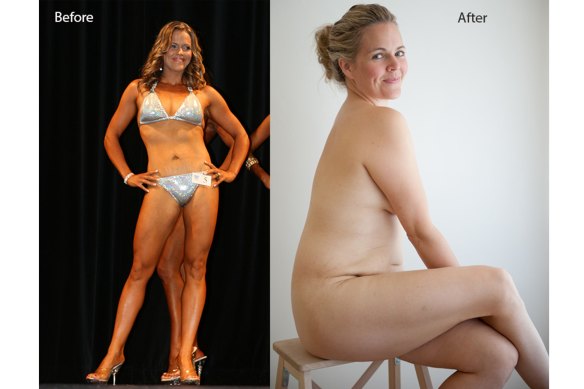 Taryn Brumfitt in her famous before and after photos from 2014.

While Hélène-Horton welcomes Brumfitt’s appointment, praising her work as “significant and meaningful”, she hopes this is an opportunity for us to widen the conversation around body image. Being white, able-bodied, and relatively thin, Hélène-Horton suggests Brumfitt is a “relatable” face of the body acceptance movement who represents the core demographic her message is trying to reach.

She hopes Brumfitt’s “relatability” will put audiences in a position in which they are able to receive a message about body acceptance from people who occupy other kinds of bodies.

Worimi woman Dr Liz Dale celebrates Brumfitt and her work, but says “she occupies a position of privilege,” and is promoting body acceptance from a western perspective.

Like Hélène-Horton, Dale says it’s important that Brumfitt also promotes a message “for Indigenous peoples, in favour of Indigenous peoples,” and “raise awareness to the fact there’s a lack of understanding of how body image issues are understood outside of a western framework.”