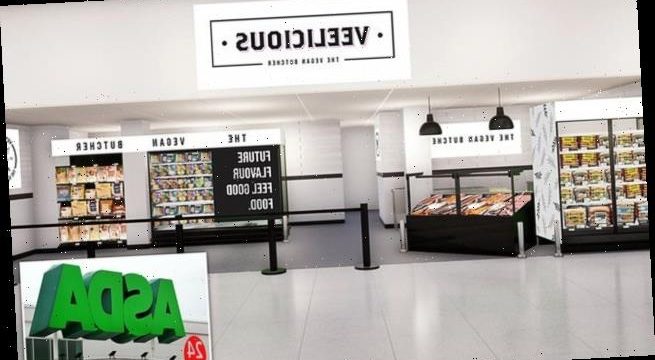 After an indulgent festive season, many Brits are taking on the New Year challenge of going meat-free for January.

To coincide with Veganuary, Asda has announced it is trialling a new vegan butcher counter called Veelicious.

Situated at the supermarket’s Watford branch, the counter is opening for a six month trial and will have a consistent vegan butcher offering products including ‘facon’, bean burgers, and meat-free meatballs.

With prices starting from 75p, Veelicious will serve a range of meat-free alternatives from mock lamb to vegan ‘black pudding’, as well as a small selection of vegan cheeses, ready-to-eat meal kits and vegan staples such as chutneys and base cooking sauces. 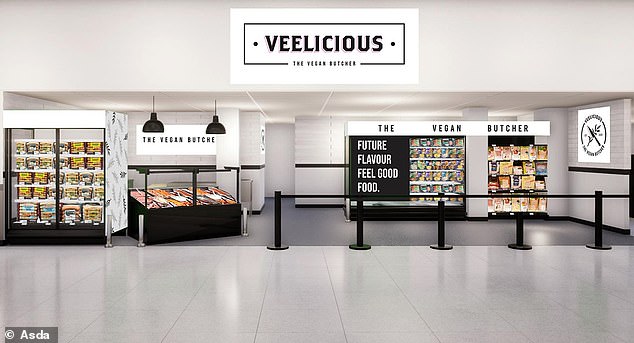 To coincide with Veganuary, Asda has announced it is trialling a new vegan butcher counter called Veelicious

In addition to the one-store vegan butcher trial, this Veganuary Asda has added 22 new meat-free alternatives to its Plant Based range.

With 22.1 million (34 per cent) of the UK population cutting down on meat and trying out flexitarianism, vegan products are becoming increasingly integrated in Brits’ lives. 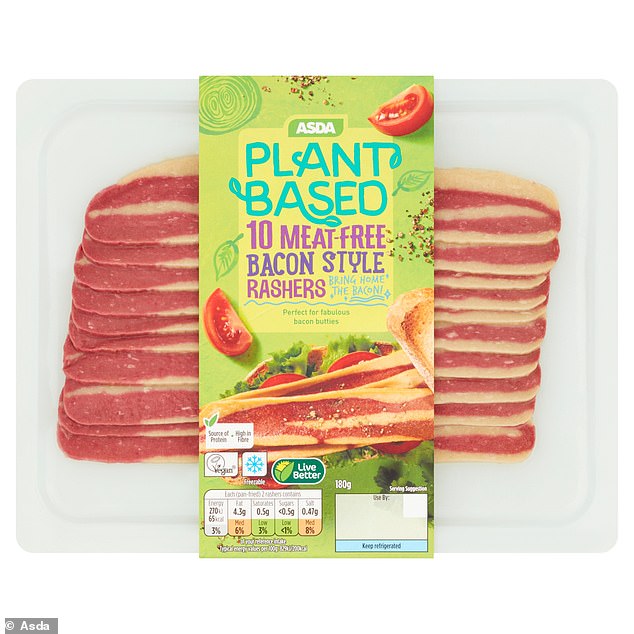 Plant-based diets are continuing to grow in popularity, with Asda – which won Vegan Retailer of the Year at the 2020 Q Awards – seeing a 175 per cent increase year on year in online searches for vegan on its website.

In September the supermarket became the first in the UK to have dedicated vegan-only aisles, after sales rose 275 per cent.

Meat and dairy-free products were given two aisles – one for protein, sauces and condiments and another for snacks and treats – across Asda’s 359 supermarkets nationwide.

More than 400,000 people took part in Veganuary 2020, and Asda is forecasting vegan sales this January to increase by 391 per cent year on year.

Preyash Thakrar, Asda’s chief strategy officer, said: ‘The demand for vegan products is on the rise and we have seen a surge in people seeking out ways to easily enjoy a plant-based lifestyle.

‘We recognised the importance of helping our customers with their Veganuary journey, which includes partnering with Kbox to trial Veelicious in our Watford store.

‘Across our product range we offer many options for vegans and flexitarians, such as meat-free alternatives and vegan cheeses, ensuring that our customers don’t have to compromise on quality, taste or value when following a plant-based lifestyle.

‘Veelicious will be a “test and learn” trial to help us understand what resonates with customers to enable us to enhance our plant-based proposition.’

Salima Vellani, founder and CEO of vegan concept creator Kbox Global, which teamed up with Asda for Veelicious, added: ‘Our partnership with Asda to launch the UK’s first vegan butcher is an exciting joint venture that recognises growing demand for plant-based brands, from meat eaters and vegans alike.

‘Veganism is now a mainstream, healthy and environmentally sustainable way for anyone to eat. We are pleased to be working with one of the country’s leading supermarkets to give consumers more of what they are asking for.’ 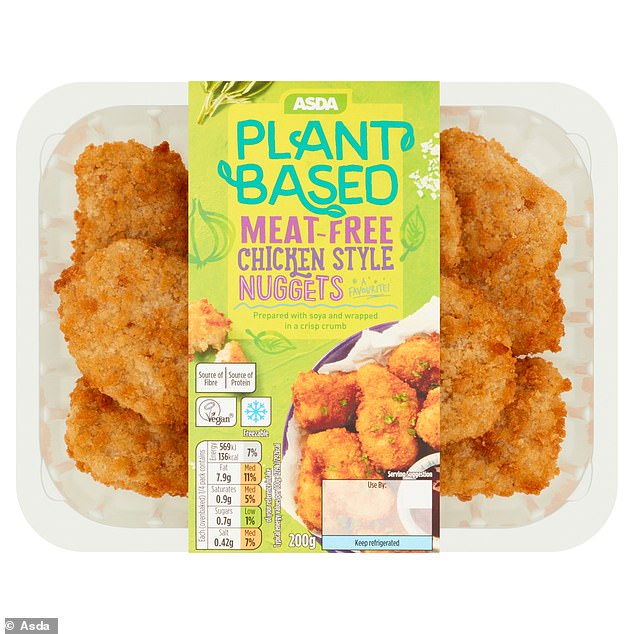 Plant-based diets are continuing to grow in popularity, with Asda – which won Vegan Retailer of the Year at the 2020 Q Awards – seeing a 175 per cent increase year on year in online searches for vegan on its website. Pictured: its new Vegan Chicken Nuggets