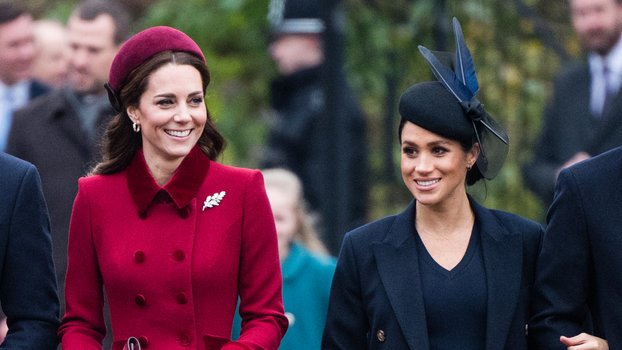 The Met Gala is just a few days away and Anna Wintour, the grand dame of the entire event, is making it known that there are two guests she’d love to have: Kate Middleton and Meghan Markle. Entertainment Tonight reports that during an appearance on the Today show, Wintour sat down with Jenna Bush Hager (who has also attended the event) to talk about her dream guest list. During their chat, Wintour said that while the duchesses are more than welcome to attend the star-studded soiree, they could leave their respective S.O.s at home.

“I would love to have the Duchess of Sussex and the Duchess of Cambridge together,” Wintour said. “That would be my dream couple. They could leave their husbands at home. It’s the two of them I want.”

While the event isn’t lacking for star power, Wintour says that part of the reason everyone is so enamored with the annual event is that it’s the perfect marriage of culture and fashion. Both Meghan and Kate bridged that gap flawlessly, bringing big names like Alexander McQueen and Givenchy into the conversation for people who had little or no interest in fashion pre-royal weddings. Kate and Meghan’s influence on the fashion world has been well documented and it doesn’t look like shoppers are getting tired of finding and buying every and anything that the two wear.

Kate and Meghan may not have attended yet, but there is a precedent for royals attending. According to Town & Country, Princess Elisabeth Von Thurn Und Taxis, aka TNT, is a regular. Princess Beatrice attended last year’s Catholic-themed party and Princess Maria-Olympia of Greece walked the carpet in 2016 along with fellow royals Charlotte Casiraghi and Queen Rania of Jordan. The most famous royal attendee may just be Princess Diana, who wore a lace-trimmed navy blue gown by John Galliano for the event in 1995. It was just a few weeks before her divorce from Prince Charles would be finalized and, according to E!, it was a surprise. Good thing this was before Wintour was in charge of the big night, because even though it was Princess Diana, there probably isn’t anyone who wants to incur Anna’s wrath.