On Monday, the Prime Minister announced that the hoped-for full easing of restrictions would not take place on June 21. There will be another delay. The final stage of lifting restrictions on public gatherings is now projected to happen on July 19. Lloyd-Webber had already publicly threatened to risk arrest and go ahead with opening his new show at full capacity as soon as it started previews on June 25. In response, Johnson announced that Cinderella could be part of a pilot scheme of selected live theatre and sporting events that would be permitted to allow more than 50% capacity. This afternoon Lloyd-Webber issued a length and strongly-worded repudiation.

You can read the full statement below. In it, the theatre impresario states he will not participate in any scheme unless all theatres are able to.

Lloyd-Webber blasts the government’s ongoing policies over capacities as arbitrary and says it shows that theatre is always undervalued and an afterthought.

He states that he would still have been willing to face arrest and fines. However, he decided not to because he was made aware that everyone working on Cinderella would also be subject to the same penalties and prosecution.

With shows sold at full capacity but only 50 percent permitted by the government, all ticket holders will now be contacted. 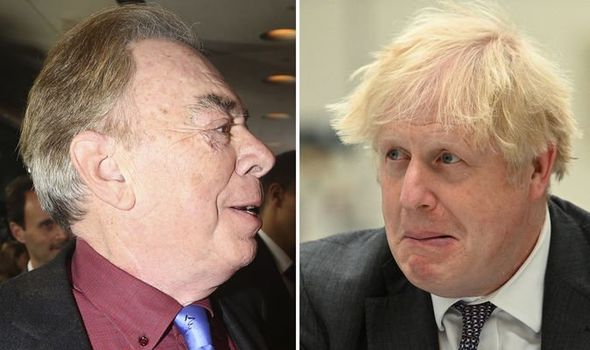 After a long week of Government delay and confusion, I confirm that I cannot and will not take part in yet another pilot scheme around the reopening of theatres, as suggested by the Prime Minister on Monday. I have made it crystal clear that I would only be able to participate if others were involved and the rest of the industry – theatre and music – were treated equally. This has not been confirmed to me.

It has become clear that, while sporting events like Wimbledon had obviously been working with the Government for some time on this pilot, and were even able to start selling tickets yesterday, the theatre industry and its audiences is, once again, an afterthought and undervalued.

Cinderella will perform its first preview next Friday 25th June. Like theatres and venues across the country, this will sadly be at the Government’s arbitrary 50% capacity, not the 100% we so passionately wanted.

Having taken legal opinion from senior counsel, if we had gone ahead at 100% it would be very likely that every member of my cast, crew and orchestra, the front and backstage staff, plus our loyal audience members, could be individually fined hundreds of pounds, which I couldn’t possibly risk. If it were just me, I would happily risk arrest and fines to make a stand and lead the live music and theatre industry back to the full capacities we so desperately need.