Facebook has banned the sharing or viewing of our news articles on its platform. For independent journalism straight from the source, download our app and sign up to our newsletters.

Ask anyone about Woody Allen and Mia Farrow and there will be some level of awareness – of their respective film careers and also of the horrifying implosion of their family nearly three decades ago, amid accusations that Allen had abused their daughter Dylan and started a relationship with Farrow’s adopted daughter, Soon-Yi Previn.

What we remember of that 1992 story is largely driven by media headlines, the spikes in the narrative when it became the lead item on the evening news. But the larger story is more complex and, ultimately, more devastating. 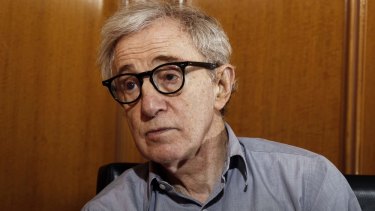 Granted extraordinary access by the Farrow family, but without the cooperation of Allen, filmmakers Kirby Dick, Amy Ziering and Amy Herdy have painstakingly built in Allen v. Farrow, a four-part documentary, what feels like a powerful case for the prosecution.

In a way it’s hard not to take a side in this story, because the media noise machine was fed so many of the details. At the same time you have to come at the documentary with an open mind, and the understanding that like all complex stories, what is broken down in the public narrative is the smallest fraction of a larger mosaic.

Dylan Farrow acquits herself well, speaking with great clarity. And despite the difficult subject and the damage all of this has so plainly wrought on her family, she remarkably lacks bitterness. Watching her flick through scrapbooks, compiled by her mother, from which images of Allen have been excised, is particularly affecting. 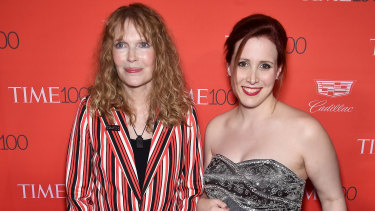 The series is as much a biography as an extrapolation of the headlines which surrounded the couple’s split, and the accusations of abuse which were levelled at Allen. In particular, the series traces Allen and Farrow’s courtship and his discomfort with media scrutiny. There are glimpses into Farrow’s fame – at its height the ’60s soap she starred in, Peyton Place, was watched by 60 million viewers – and the rich family life she spent decades building.

The documentary features interviews with most of the Farrow family, but notably Dylan, Mia and her son Ronan, now a journalist for The New Yorker and part of the wave of #MeToo journalism in the last few years. Others, such as family friend Casey Pascal and Mia’s sister Tisa, also speak. Conspicuously absent is Allen, though each episode ends with a caveat on his behalf: that he denies ever having been sexually inappropriate or abusive with Dylan.

And yet Allen is suffused into every frame of the series. Either photographically or, through the use of the audio version of his 2020 biography, Apropos of Nothing, as a sort of quasi-narrator. His running commentary is startling in some ways, but offers powerful insight and much-needed context to events. It also serves, as Allen’s relationship with Farrow’s daughter Soon-Yi is brought into the story, as a sort of audio confessional.

Ultimately Allen v. Farrow is a heartbreaking story of the unravelling of a family. It’s hard to accept it is unbiased, but at the same time it presents a remarkably detailed case. Particularly compelling is the extent to which Hollywood has failed to reckon with itself, and the part it has played in the hard-spun narrative of Allen’s innocence and the unreliability of both Mia and Dylan as witness and victim. Watching Allen greeted with standing ovations is extremely uncomfortable. Perhaps rightly so.

This is a compelling piece of television, powered by the unflinching candour of the participants and the high level of detail in the final assembly. “We were a family and he was in my home as my partner, and as such he had responsibilities, you know?” Farrow says. “You don’t get to have sex with my children. That isn’t part of the deal.”