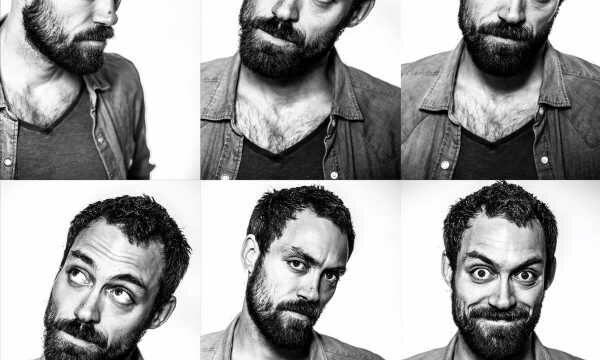 The Cowboy Bebop and The Tragedy of Macbeth star reflects on his circuitous route to stardom. 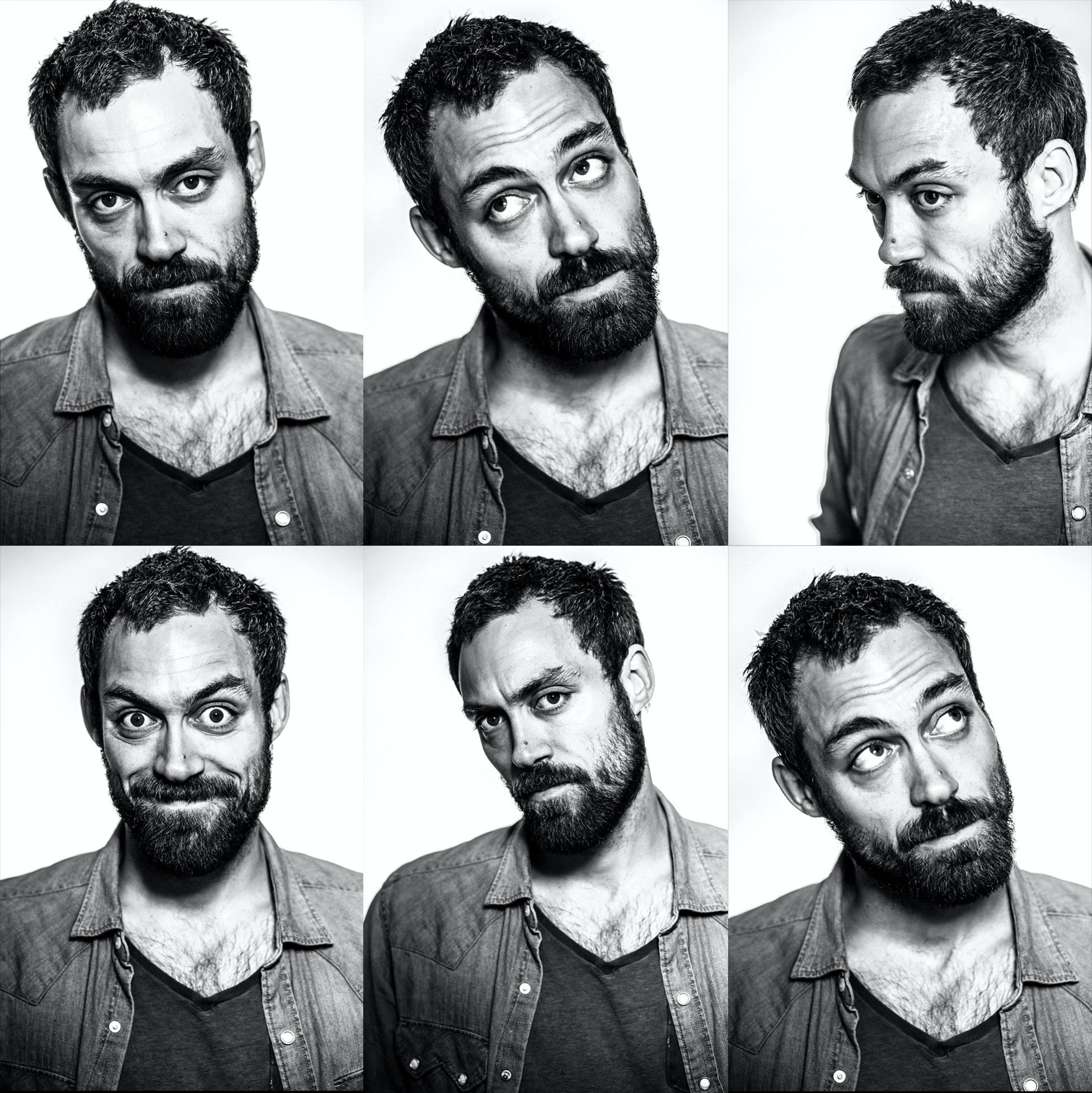 Alex Hassell has faced his fair share of acting challenges. Take his version of Hamlet, for example: Over a decade ago, with his theater company, The Factory (Hassell is the co-founder and creative director), he staged a production of the Shakespeare play which became a pretty hot ticket in London. In 2008, on their first anniversary performance at the Globe—the holy ground for an enthusiast of the Bard like Hassell—the roles were assigned with seconds notice via a high stakes game of “rock, paper, scissors.” But much to his chagrin, the actor lost out on the lead part and stood in for Fortinbras instead. Here he was at arguably the most important theater in the world, standing out of the spotlight in a minor role. “Why did I set up a theater company in which I’m not just Hamlet all the time?” Hassell jokes during a Zoom call from London. “That seems like a really stupid idea come to think of it. I should have been more self-interested.”

Fortunately for Hassell, he can be a gracious enough actor to give up Hamlet at the Globe and still find meaty roles worth chewing on. He’s a true thespian, having trained at the Central School of Speech and Drama in London and worked in theater for years, whether it’s within the storied legacy of the Royal Shakespeare Company or in the chaotic spontaneity of his own company’s productions. The actor’s ethos of creativity and carnal impulse has now carried over to the screen with two highly anticipated projects out this year: Netflix’s live-action remake of Cowboy Bebop streaming November 19, and Joel Coen’s reimagining of the Scottish play, The Tragedy of Macbeth, in theaters on December 25.

Hassell can pinpoint the exact moment he wanted to become an actor: a local production of Bugsy Malone which he auditioned for at the age of 12. He scored the titular part right away, and perhaps naively, thought that landing roles would always be that easy. “I was very hopeful and determined that I’ll be one of those lucky people that just sailed to the top of the A-list.” But his journey to the screen has been admittedly a “much slower one”—a fact he’s now more acutely aware of than ever since securing his television breakout role in his 40s. Still, he’s grateful for the detours. “I think it has definitely made me a better actor and a more functional person,” he says of his career. “I was given the opportunity to fail a lot in front of smaller audiences. I’m quite glad that I’ve had many years of honing my craft and trying to learn from my mistakes.”

Although he had never seen Shinichirō Watanabe’s seminal anime prior to joining the cast of Cowboy Bebop, he now readily calls himself a “huge fan.” Hassell stresses, though, that he’s not trying to perfectly replicate the original show: “I’ve paid very close attention to the anime up to a point when you then have to let it go and try and be your own version of it,” he says. Nowhere is that more evident than in Vicious, a ruthless, katana-wielding killer moving up the ranks of the feared crime organization, the Syndicate. Without diminishing the pure evil of his character, the series does humanize him as a spiteful individual driven by a toxic desire for his lover, Julia.

“His actions are absolutely deplorable,” Hassell says. “He’s an extremely violent and abusive human being. If you’re going to play a character, you have to attempt to understand how they’ve ended up in a position to make those choices that they deem as good choices.” In many ways, Vicious is also the darker inverse of Cowboy Bebop’s protagonist, Spike Spiegel (played by John Cho). They’re fundamentally alike in their apathy towards the world and their shared history as partners in the Syndicate, but a messy separation sets them off on diverging forks in the road. “I think Spike is trying to get away from the part of himself that is like Vicious,” Hassell says of his character’s complicated relationship with Spike. “And I think actually, on some level really deep down that he doesn’t know about, Vicious would like to get to a place that’s more like Spike.”

When the dust settles on Bebop, it won’t be long until Coen’s Shakespeare adaptation arrives. Despite the big names attached, it’s a more familiar space for Hassell and the actor joins The Tragedy of Macbeth from a unique perspective, with his years of experience tackling the playwright’s texts. (On stage, he portrayed Prince Hal, and later Henry V, for the Royal Shakespeare Company, in addition to directing his own version of Macbeth for his theater company.) Since he wasn’t so intimidated by the words on the page, Hassell had the luxury of entering Coen’s strikingly cinematic take on the play with the mindset that it was “less about can I do this job, and more about how can I do this job.” In his role as the manipulative Ross, he could simply revel in the opportunity to act on grand sound stages alongside Denzel Washington and Frances McDormand.

“It was an absolute joy from start to finish,” he gushes. “I’ve almost never had a more creatively nourishing experience.” Hassell is also effusive about Coen’s interpretation of the revered play: “He has so amazingly woven what Macbeth is into the visual imagery in such an incredibly deep way that I just think is stunning. If Shakespeare could have understood how to write a screenplay, this would have been his screenplay of Macbeth.” It’s high praise coming from an actor who practically lives and breathes Shakespeare.

On a thematic and stylistic level, Cowboy Bebop and The Tragedy of Macbeth could not be any more different. One is a sci-noir pastiche about intergalactic bounty hunters, the other is a heightened, black-and-white staging of one of the most revered plays. But what they do have in common is the great expectations with which they are loaded. Live-action adaptations are always approached with trepidation, never mind that Cowboy Bebop is one of the most influential anime series of all time. Macbeth is, well, Macbeth.

“Expectation is a really interesting thing in terms of this kind of work,” Hassell says. “Actually, I attempt to make it exciting for myself. I’m spurred on by the idea that I should have to live up to something. You’re trying to filter the material through your own imagination and experiences and emotional life to make it as truthful as possible, but you’re also trying to live up to the material that you’re given, rather than the expectations of the material.”

Whether he’s improvising Hamlet or reinterpreting an anime classic, Hassell doesn’t feel fazed—in fact, he’s inspired by those enormous risks. After all, he knows what it’s like to carry the weight of a heavy crown.