Just two days after Baz Luhrmann and Catherine Martin attended a memorial service for Lisa Marie Presley, their grief turned to celebrations when Elvis was nominated for eight Oscars including best picture.

The Australian director and his four-time Oscar winning wife are both producers of the Elvis Presley biopic, which is also up for best actor, cinematography, costumes, production design, make-up and hair, editing, and sound at the 95th Academy Awards. 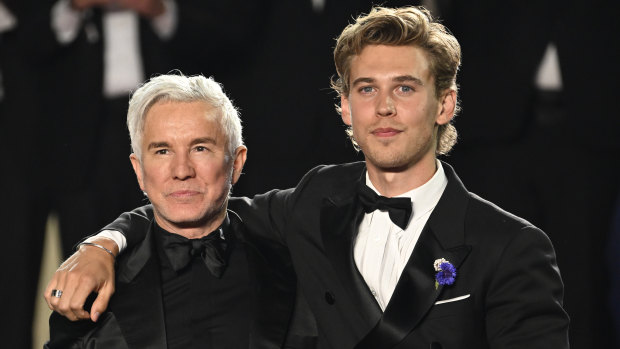 At an announcement in Los Angeles early on Wednesday morning (AEDT), two-time Oscar winner Cate Blanchett was nominated for playing an intense composer-conductor in Tar.

For the second consecutive year, two Australians, Fraser and Mandy Walker for Elvis, are up for best cinematography. Last year, Fraser pipped Ari Wegner (The Power of the Dog) to win.

Catherine Martin, who has won more Oscars than any other Australian with four, has three more nominations – for best costumes, best production design and, as one of the producers of Elvis, best picture. She now has nine Oscar nominations and the chance to build on her double wins for both Moulin Rouge! and The Great Gatsby.

Austin Butler, the previously little-known Californian who played Elvis Presley in a Hollywood-backed film that was shot entirely in Australia during the pandemic, is up for best actor.

Missing out on a nomination were Margot Robbie, who played an ambitious 1920s Hollywood actress in Babylon, and Hugh Jackman, who was a New York lawyer with a troubled family life in The Son, with their Oscar hopes foundering on downbeat reactions to their films.

As well as Elvis, the best picture field includes two long-awaited sequels that have become the biggest box office hits of the last 12 months, Avatar: The Way Of Water and Top Gun: Maverick.

They are up against The Fabelmans, Everything Everywhere All At Once, The Banshees of Inisherin, Tar, All Quiet On The Western Front, Women Talking and Triangle Of Sadness. 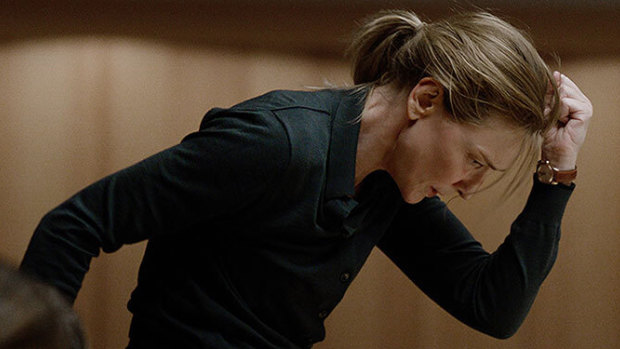 While there were hopes that Luhrmann would be up for best director – his sole Oscar nomination has been as a producer when Moulin Rouge! was up for best picture – he was overlooked.

Instead, the best director nominees are Steven Spielberg (The Fabelmans), Daniel Scheinert and Daniel Kwan (Everything Everywhere All At Once), Martin McDonagh (The Banshees of Inisherin), Todd Field (Tar), and Ruben Ostlund (Triangle of Sadness).

Delight among the Elvis team about the nominations will be tempered by the death of Lisa Marie Presley, a longtime supporter of the film from when Luhrmann started researching the story from a workspace in the Graceland barn. That support continued right through to the world premiere at the Cannes Film Festival then during the Hollywood awards season.

She was part of the Elvis party at the Golden Globes, where Butler won best actor in a drama film, just days before her death.

Butler’s rivals for best actor are Brendan Fraser in his comeback to a starring role (The Whale), Colin Farrell (The Banshees of Inisherin), Bill Nighy (Living), and Paul Mescal (Aftersun).

Mandy Walker, the Elvis director of photography who smashed a glass ceiling when she became the first woman to win best cinematography at the Australian Academy of Cinema and Television Arts Awards – a feat no woman has done previously at either the British, American or Australian academy awards – has the chance to do it again on a bigger stage at the Oscars.

While Blanchett called for a stop to “the televised horse race” of pitting actresses against each other when she won at the Critics Choice Awards this month, the Oscars will see her up against Michelle Yeoh (Everything Everywhere All At Once), Michelle Williams (The Fabelmans), Ana de Armas (Blonde), and Andrea Riseborough (To Leslie).

The surprising success of the wild sci-fi comedy Everything Everywhere All At Once sees Jamie Lee Curtis up for best supporting actress – her first Oscar nomination – against co-star Stephanie Hsu, Angela Bassett (Black Panther: Wakanda Forever), Kerry Condon (The Banshees of Inisherin), and Hong Chau (The Whale).

Underlining the popularity of the pitch-black Irish comedy The Banshees of Inisherin, Brendan Gleeson is up for best supporting actor against co-star Barry Keoghan, Judd Hirsch (The Fabelmans), Brian Tyree Henry (Causeway), but the favourite to win will be Ke Huy Quan (Everything Everywhere All At Once).

In a charming speech when he won at the Golden Globes, Quan admitted wondering whether he would ever get back to the heights of starring as Short Round in Indiana Jones and the Temple of Doom almost four decades ago. Everything Everywhere was his return to acting after being forced to quit for lack of roles in the 1990s.

After two controversies in recent years – wrongly announcing La La Land as best picture winner in 2017 then Will Smith slapping host Chris Rock last year – the Academy will be desperately hoping the focus is just on the films this year.

With Jimmy Kimmel taking over from Rock as host, the Oscars will take place on March 13 (AEDT).