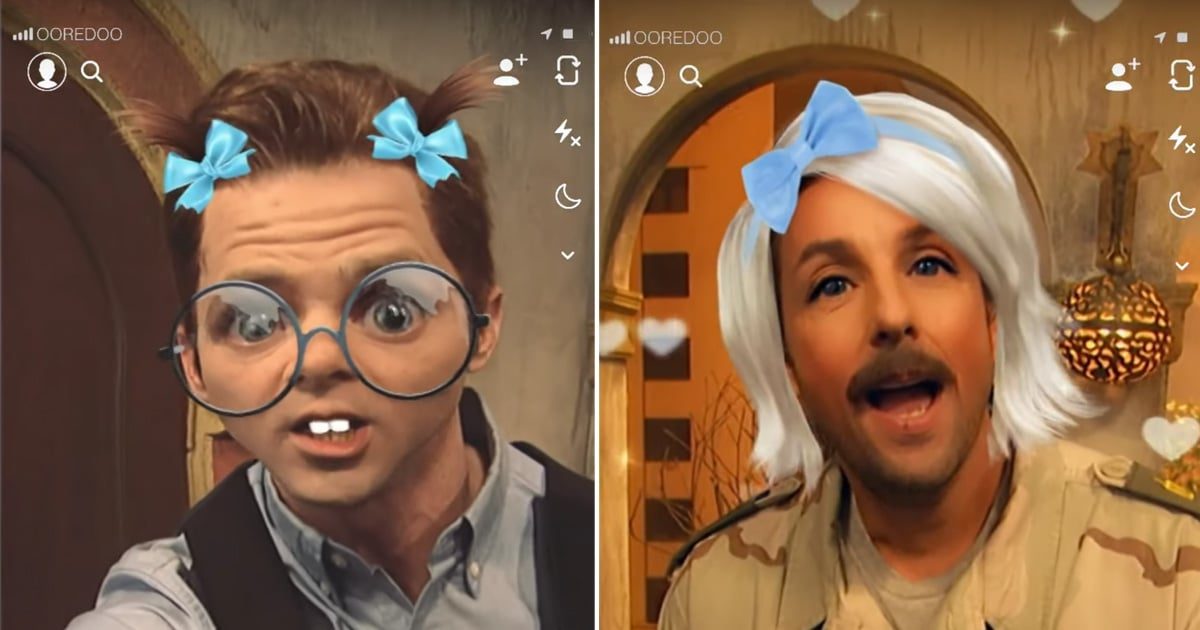 Social media is good for many things, but live-streaming a war zone might not be one of them. During a sketch on Saturday Night Live‘s May 4 episode, a reporter (Mikey Day) attempts to share live footage of him covering a battle. Serious stuff, right? Well, the only problem is, he’s streaming the occurrence using a social app similar to Snapchat — and he has no idea the filters are on since he can’t see his screen. One moment, he’s rocking bows in his hair with big round glasses, and the next, he’s a talking hot dog. And when he passes the camera along to one of the lieutenants (Adam Sandler), things get somehow manage to get even weirder.