I turned 39 and suddenly, a milestone was rolling towards me. I felt this creeping yet seductive urge to do something meaningful with it.

So, I asked my immediate elders – those aged 40 and older – two questions to help shape my final year of this decade. 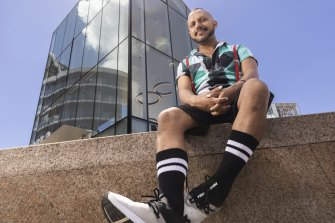 Travis de Jonk made a 40 by 40 list.Credit:Cole Bennetts

What are they grateful they did while in their 30s? And is there anything they wish they’d done?

Travis de Jonk, features editor at magazine Sydney Sentinel, was so conscious of the milestone, he wrote a 40 by 40 bucket list: 40 activities to do before he reached the big four-oh.

The 42-year-old appreciated the deadline compelling him to act. “To me life is this amazing race against time to experience all the wonder within it,” he says. 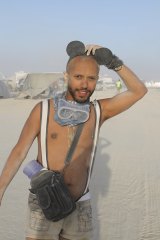 That attitude comes from a near-death experience in Victoria when he was 13. “The family car slid off an 80-foot cliff at Mount Buller,” he says. “It’s miraculous we survived. It was a crystallising moment.”

The list includes experiences such as the Burning Man festival, publicly performing in drag and eloping with his now-husband.

He’s most grateful he made the trek to climb a New Zealand glacier. “Here was this ice, melting. It put me in the centre of something I didn’t previously understand on that level: climate change.”

Also, paragliding. “That was about facing a fear, and trust,” he says. “I had to accept the instructor’s direction: ‘Whatever you do, don’t stop running; just jump off the cliff!’”

It became a fitting metaphor. “It made me think: what else am I capable of?”

And what does he wish he’d done? “Go for a fit and toned body,” he says. “That gets harder after 40, although it’s never too late to try.”

Make the most of your fitness

Neetu Dhatt, 45, is an IT consultant from Elwood, Melbourne. She ran her first Melbourne Marathon aged 38 after a triathlon-loving colleague persuaded and coached her. She ran her last marathon at 40 and doesn’t plan on running another full one.

Dhatt says marathon running gave her the confidence to try other new things: hiking and climbing. She’s conquered Mount Kilimanjaro and Everest Base Camp. That led to a post 30s regret: “I wish I’d climbed more mountains,” she says. “Your stamina wavers in your 40s; you have to train more. But if you want it enough, you can at any age.” 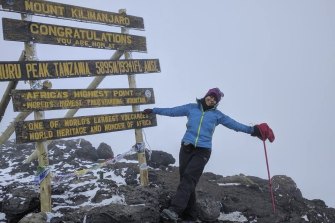 The Alborz Mountains are next on her list. “I’ll have to get my fitness up first,” she says.

Recreational runner Dale Roberts agrees that marathon running in your 30s is ideal. “It’s the perfect mix of mental and physical strength,” he says.

The 40-year old from Brisbane, a communications professional for an international non-profit, has run seven Melbourne Marathons. He says the 30s are the optimum blend of post 20s tempered hedonism and pre-40s physical fitness depreciation.

“You’ll miss a night out so you’re fresh to run 30 kilometres the next day and still recover enough to make a boozy afternoon lunch,” he says. “You’re also still physically young enough to run fast and recover well. Once you get older, everything’s sorer, harder and slower!”

Your 30s can be an ideal time to change careers. Helen Merrick, 45, from Panania in Sydney, swapped a corporate sales job for the charity sector as she turned 30.

Doing it then gave her the opportunity to ascend the ranks; she’s now the general manager of fundraising and marketing at Mission Australia.

“I took a step back professionally, but it gave me some amazing opportunities like visiting the slums in Mumbai and the Philippines,” she says.

“After my partying 20s, my 30s gave me this new perspective, beyond my comfort zone,” she says. “Not only did it make me appreciate what I’ve got, I realised you have to get out and travel while you can. Now with a five-year-old and a pandemic, I didn’t appreciate how liberating it was to just nip down the beach or jump on a plane.”

One thing she wishes she’d done is stop more. “To be present,” she says, “and grateful for my privilege.”

Michelle McLean from Melbourne is 40 and swapped her marketing job in her late 30s to retrain as a clinical myotherapist. It ushered big changes for her.

“I went from a job I hated with every inch of my soul to an industry I was born to work in,” she says. “I lost 25 kilograms in my 39th year and did more spiritual work on myself.”

There was a trade-off though. “I’d like to have travelled more but I was a poor student and improved my life in so many ways that travel just wasn’t up there in the priorities,” she says.

It works the other way around, too. Drew Lambert, 51, wishes he’d started his own PR business before he turned 40. “I didn’t have the guts to leave my job till I was 44 and have relished the independence it’s given me,” he says. “Despite being very good at my job, I’d never thought I had the skills and confidence to be successful.”

One thing he discovered in his 30s compensates: volunteering. “I co-founded Lifesavers with Pride to bring more gay people into the lifesaving movement, first at North Bondi, then nationwide,” he says.

As Travis de Jonk looks ahead to his next milestone, his list will grow even bigger: 50 by 50.

It is, he says, to challenge accepted notions about getting older.

“I want to remind myself: maybe your best days aren’t behind you,” he says.

We can do anything at any age, but maybe I’m a classic journalist in loving the deadline to achieve my life goals. My marathon running window is closing – that ship has sailed. But it’s sailing towards glaciers I’ve yet to climb.