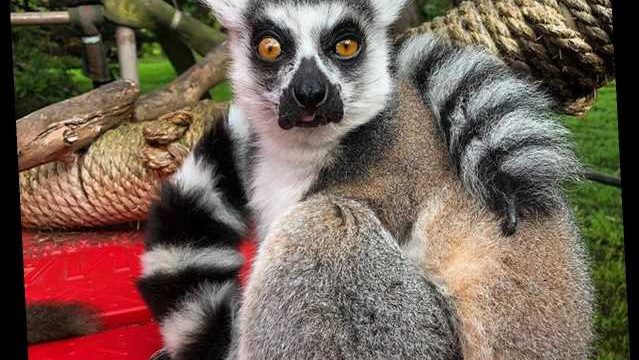 This endangered lemur’s story has a happy ending.

On Wednesday, local police first began their hunt for Maki, a 21-year-old male lemur, who they believe was stolen from the San Francisco Zoo in a burglary that occurred the previous night.

Luckily, Maki ended up being found at a nearby school on Thursday.

"The parents were calling and saying there's a lemur out on the playground," Sarah Riggs, a kindergarten teacher at Hope Lutheran Day School in Daly City told ABC7 news.

"He was hopping around the play structures, but ultimately while he was waiting to be picked up, was hiding in the plastic playhouses," Riggs added.

Five-year-old student James Trinh was the first to spot the missing lemur, according to his parents — pointing the animal out to his mother when she arrived to pick him up.

"Call the zookeeper!" the youngster said upon seeing Maki, according to ABC7 news.

The Daly City Police first began hearing reports that the lemur had been found around 5 p.m. "We are grateful Maki is home safely!" they wrote on social media, alongside photos of the animal after he had safely been recovered.

The endangered lemur is now back home at the zoo.

"'Maki' was determined to be in good health and transported back to the San Francisco Zoo," the San Francisco Police Department said in a statement, noting that the investigation into his disappearance is still open — and no arrests have been made.

As for the youngster responsible for finding the animal in need, Ed Pool, chair of the San Francisco Zoological board, told ABC7 News that he hopes to reward James with a lifetime membership to the zoo.

After Maki was first discovered missing, concerns were raised about the lemur’s health.

"We understand that lemurs are adorable animals, but Maki is a highly endangered animal that requires special care. We are asking the public for help in his return," Dr. Jason Watters, zoo executive vice president of animal behavior and wellness, previously said in a statement, per NBC News.

Ring-tailed lemurs are found natively in Madagascar and are considered an endangered species. They are banned as pets in the state of California.