A TEACHER was left "red-faced" after Facebook sent her a brutal reminder that her HUSBAND had "only" rated her an eight out of ten before they started dating.

Shelby Harnden had a high school "crush" on 15-year-old Christian Harnden when she was just 14 and responded to his 'like for a rate' social media status in the hope he might feel the same. 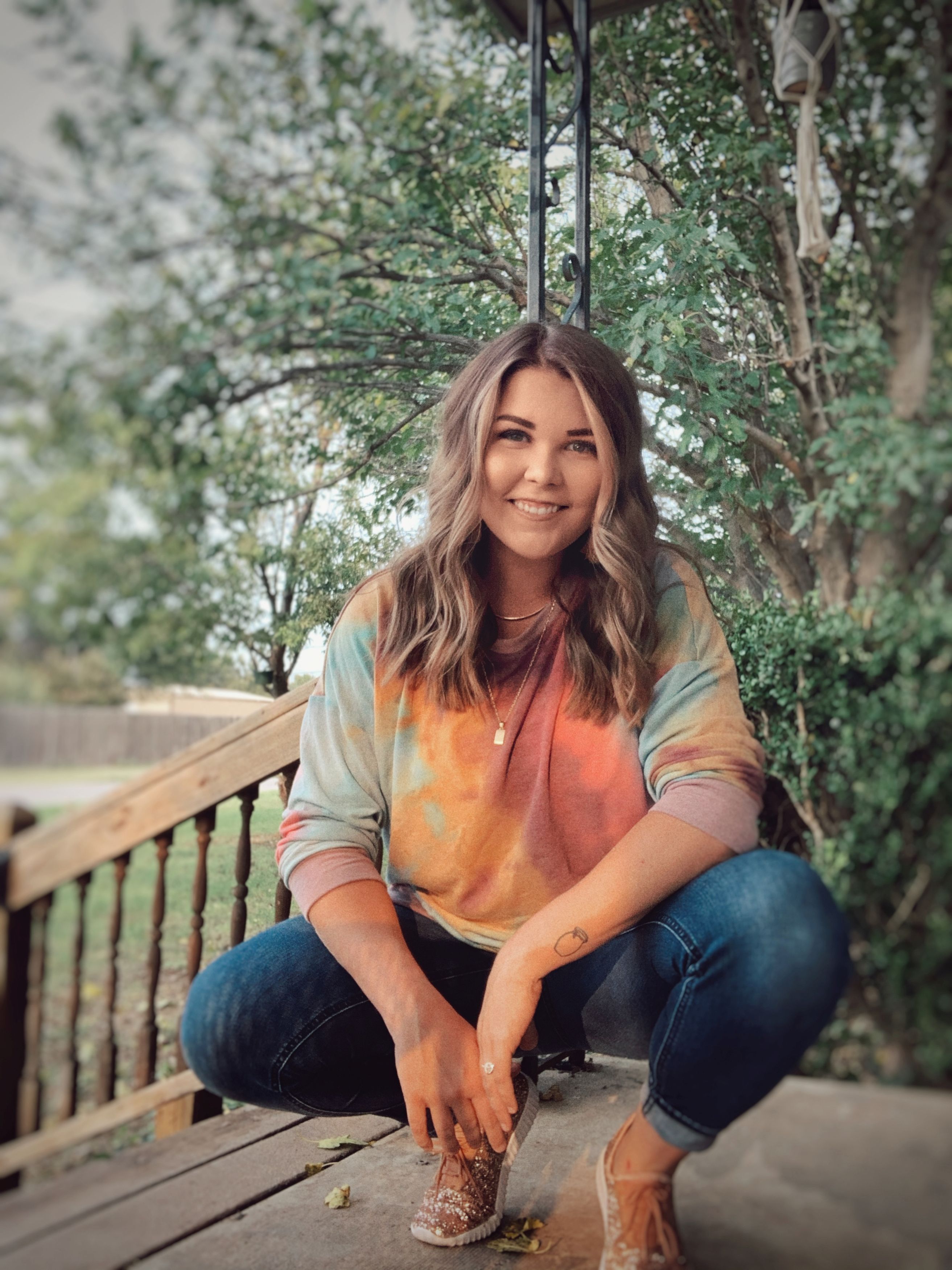 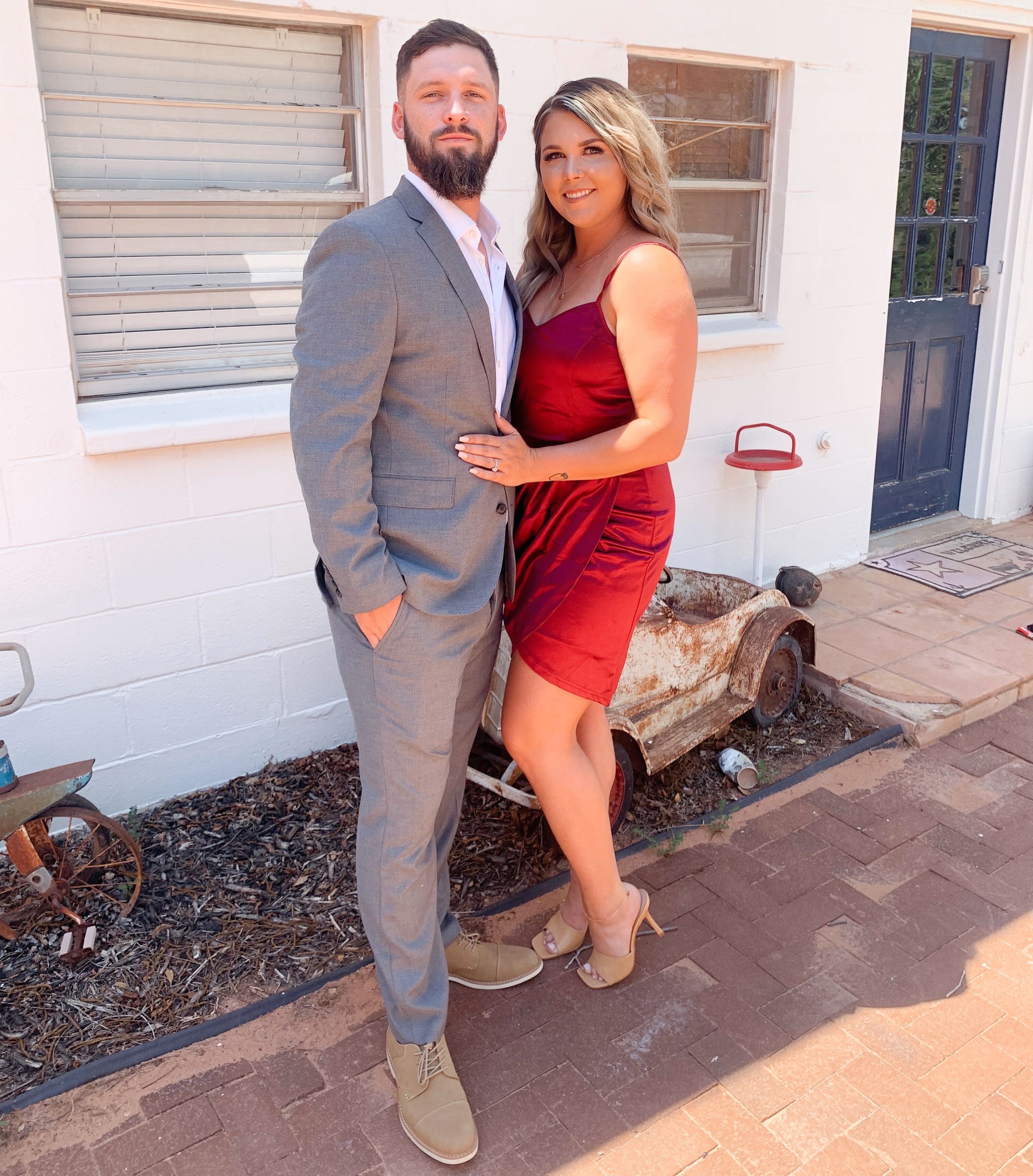 But the 24-year-old claims not receiving full points was a "humbling" experience and the pair didn't speak until six years later when they struck up a conversation while she was working in his town.

The primary school teacher said that after their first date she rang her mother to say she'd met the man she was going to marry and the couple tied the knot two years later.

But when the "ironic" post resurfaced earlier this month, the parents-to-be admit as embarrassing as it was, they both found it "hilarious" and after Shelby shared it on Twitter it's amassed more than 61,000 likes.

However Christian managed to explain the awkward situation by putting it down to "trying to play it cool" while he was young and not let Shelby know he secretly thought she was a ten.

Shelby, of Tipton, Oklahoma, US, said: "[Seeing the status] was definitely embarrassing because I was like 'oh, he didn't actually think I was cute. Does he still think I'm an eight out of ten?'

"We joke about it at home a lot. I was cooking dinner the other night and he asked for mac and cheese and I was like 'I only make mac and cheese for people who think I'm a ten'. It was funny.

"At the time I was definitely like 'ok, no actually, I don't want to pursue this at all because I'm a ten.' I guess it was a little bit of a humping experience. I was like 'ok, maybe I'm not as cute as I originally thought I was'.

"I'm like 'you better think I'm a ten out of ten now because we're married. You better had thought I was a ten when you tried to go out with me later'.

"He just thinks it's hilarious that it all came back full circle. He said he didn't want to give me a ten because he didn't think I'd give him the time of day anyway. He says it took me six years to even notice him."

Christian added: "I was surprised when she liked it because I knew of who she was and had a bit of a crush on her!

"I gave her an eight because I was 15 years old trying to play it cool and not let her know right off the bat that I thought she was a ten.

"When she showed me the memory, I just shook my head because I knew she would hold it against me for at least the next few months."

The 24-year-old said that she and electrician Christian are both from small neighboring towns so she knew of him while they were in high school and they were friends on Facebook for two years before she liked his post.

Shelby said: "I had a crush on him, I'd always thought he was cute but he was way too crazy for me. I wanted to know if he thought I was cute too but I didn't want to pursue that.

"I was kind of like 'oh boo' and we didn't talk about it again and he actually liked one of my posts on Facebook like that a year later and I rated him a nine, and we just kind of left it at that again and didn't really talk.

"I was trying to set him up with one of my friends and it didn't work out and we just kind of found our way back to each other. It's crazy.

"Three years ago I was in college and my dad owns a local convenience store and I was working there, and he lived in that town.

"He would come in every day and I'd try and flirt with him and he was just oblivious to me flirting with him like he had no idea.

"And so I messaged one of his best friends saying 'Operation Wife Christian Up' is a go and we went on a date and I called my mom that night and told her that I went on a date with the guy I was going to marry, and then we got married not long after."

Shelby, who is eleven weeks pregnant, said she shared the post on Twitter to show her and Christian's friends who she knew would find it 'hilarious' but was "shocked" by the response it received.

Shelby said: "I didn't remember that [Facebook rate] had even happened and it's funny because weird things like that happen all the time.

"Christian and I never even spoke in high school, we just knew of each other, so I didn't think of him like that but now that we're married I see times where he commented on my pictures or liked them, but I just never paid attention because I just never thought about it.

"I just thought it was hilarious that some boy's Facebook status that I liked would end up being my husband ten years later on.

"At first I didn't even know if people would think it was funny, just me and my friends, but clearly a lot more people thought it was funny than I had thought."

Shelby shared a screenshot of her post along with the tweet – 'Facebook just reminded me that nine years ago, my husband only rated me an eight out of ten'.

@svshimeister wrote: "'Hey babe what we eating for dinner' 'idk but remember when you rated me an 8/10 9 years ago?'."

@Turktowner tweeted: "What steps have you taken to improve the score since?"

Shelby responded: "I tricked him into marriage and am now carrying his spawn. I win." 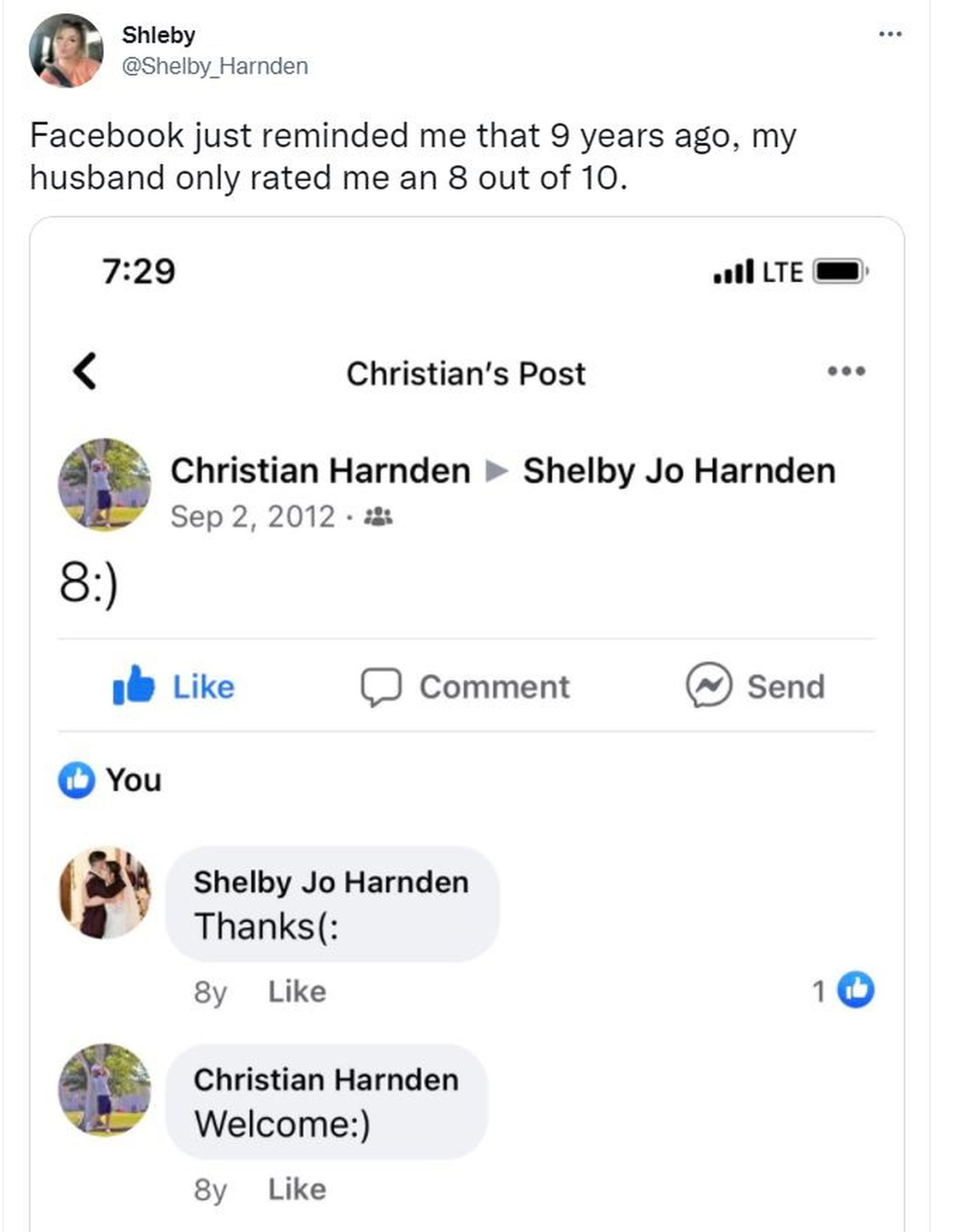 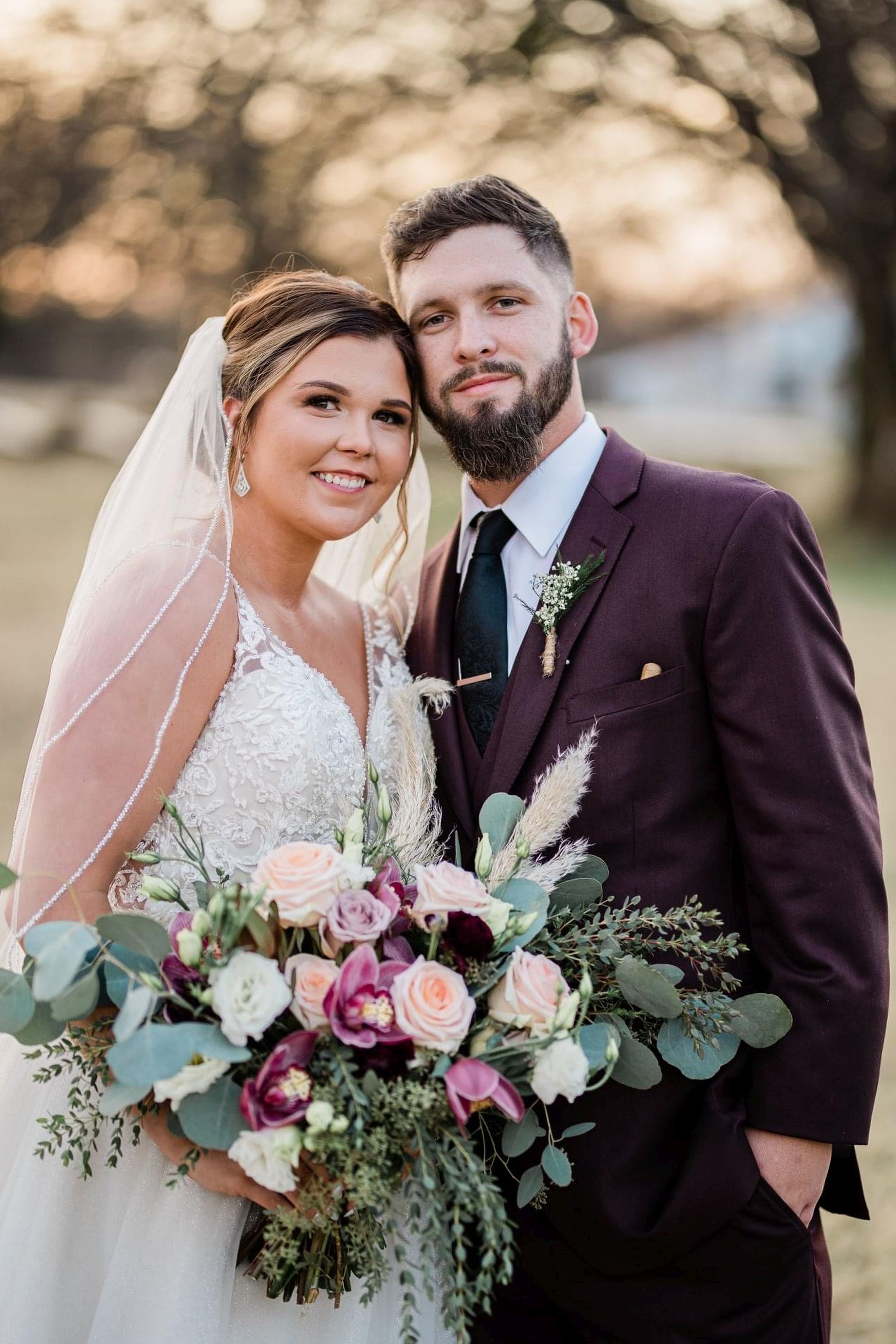