“All of these trips were about finding beautiful and unique things and then having a place to showcase them,” Ms. Hall, 45 said. Her grandmother Estelle Summerson Williams would display found objects and family heirlooms in two china cabinets. She also loved to entertain guests.

A few years ago, when Ms. Hall was looking for colored glass pieces for her own home in Summerville, S.C., just outside Charleston, she was surprised to find her search limited to the secondary market. There didn’t seem to be a modern glassware brand that offered the range of styles and colors she had seen as a child. 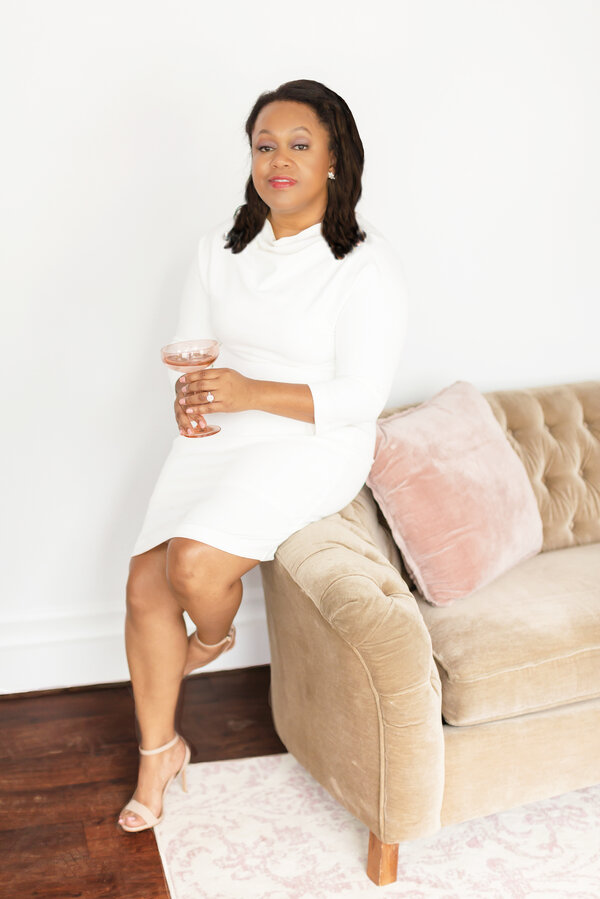 “I just thought that it was really unfortunate that colored glass — I felt like it was becoming a dying art,” she said. So she decided to start her own.

Estelle Colored Glass, which began selling to customers in October 2019 and has since added a wholesale business, offers decanters, wineglasses, cake stands and champagne coupes in shades that can be mixed and matched into multicolored collections. The expanding line of products is the result of several years of research on Ms. Hall’s part.

She searched around South Carolina and across the United States for a manufacturer, but none of them had the capacity or the tools to create what she and her industrial designer had envisioned. She ended up finding her glassmaking collaborators in Poland, a country with a long history of glassmaking.

Just a few months after Ms. Hall began her new venture, Covid-19 arrived. In a way, the timing helped give her nascent brand wings.

The pandemic inspired a renewed interest in home goods and also caused alcohol sales to rise. Glassware that could be used for glugging down drinks at home, or stored away until entertaining became more realistic, was suddenly in demand.

According to Joe Derochowski, the NPD Group’s home industry adviser, the housewares category (which includes glassware, kitchen appliances, textiles and personal care) has been “extremely hot” during the pandemic.

“The consumer has been spending their money on three places: It’s about eating and living at home, it’s about working from home, and it’s about keeping yourself active and entertained at home,” he said.

A summer of protests and calls to support Black-owned businesses led to a spike in sales, too. “We got a lot of brand awareness out of the Black Lives Matter movement,” Ms. Hall said.

About 70 percent of sales come through the company’s website; the other 30 percent is wholesale, which includes boutiques and e-commerce sites like Food52, West Elm, Goop and Zola.

“We launched Estelle last November, in our annual holiday gift guide. Both the stemless glasses in rose and the cake stand in rose were featured in our host’s gift guide,” said Roxanne Marie, the buying director for fashion and home at Goop, who noted that there was a spike in glassware sales on Goop last year.

Ms. Marie said she was drawn to “the femininity and striking jewel tones and beautiful soft pastel colors” of Estelle Colored Glass, which she sees as part of a larger trend in tableware.

“There is definitely a trend around the opulence of added or layered color. When it comes to tablescaping, our customers are gravitating toward a more-is-more aesthetic,” she said. “During the pandemic, abundance and glamour in the home became something of a pronounced escapist luxury. The idea that the ‘good china’ should be saved for guests went out the window.”

The trend is so popular that colorful copycat versions have started to emerge, though many of them are made from acrylic or lightweight polymer substitutes. They aren’t handblown by a “100-year-old heritage company,” as Ms. Hall said of her manufacturer in Poland.

In Estelle Colored Glass’s early days, its core business was event rentals. But, according to Ms. Hall, idle fingers scrolling through social media in quarantine coupled with a desire to support a business owned by a Black woman, especially during a time of racial unrest, helped her small brand tremendously.

“I wouldn’t say it’s been overnight for me, because I’ve been in the entrepreneur space for 15 years now,” Ms. Hall said. “But this kind of growth was just definitely off the charts.”

As the year warms into summer, Ms. Hall plans to roll out a variety of new colors and styles just in time for boozy backyard gatherings (which will no doubt become more commonplace as more Americans get vaccinated). A sultry midnight blue option will be added to the mix, along with “dressier” flute glasses and martini glasses.

Mr. Derochowski believes that in the summer and fall Americans will begin to feel more comfortable entertaining larger groups.

“One of the things you’re trying to figure out when you entertain, is how do you make people feel safe,” he said. “And one of the ways you could do it is through color. You could say, I’ve got a light blue and a light pink one, a light this color and a light that color. And I know by color which one’s mine.”