To celebrate past, present, and future Black history being made, Levi’s is collaborating with Fresco Steez to create a line that pays homage to Black political movements over the 20th and 21st centuries. Designer and activist Steez has been a community organizer for over 14 years. Her work focuses on everything from housing disparities for Black people to juvenile and racial justice to disruption of the police state, and she’s bringing incredible awareness those causes through her Levi’s line. While donating to Black-focused causes and educating yourself and others is paramount to supporting the Black community, supporting Black creatives is another great way to uplift underrepresented innovators. Steez’s entire line is available now on the Levi’s website and in stores.

The collection is comprised of 10 graphics that include a Pan-African flag under the words "Black Lives Matter," a fist rising out of roses, and other references to classic Black liberation images. Inspired by the Minister of Culture for the Black Panther Party Emory Douglas, the collection is centered around Steez’s own take on the official Black Panther graphic. The words "All Power to the People" encircles a fearsome black panther. 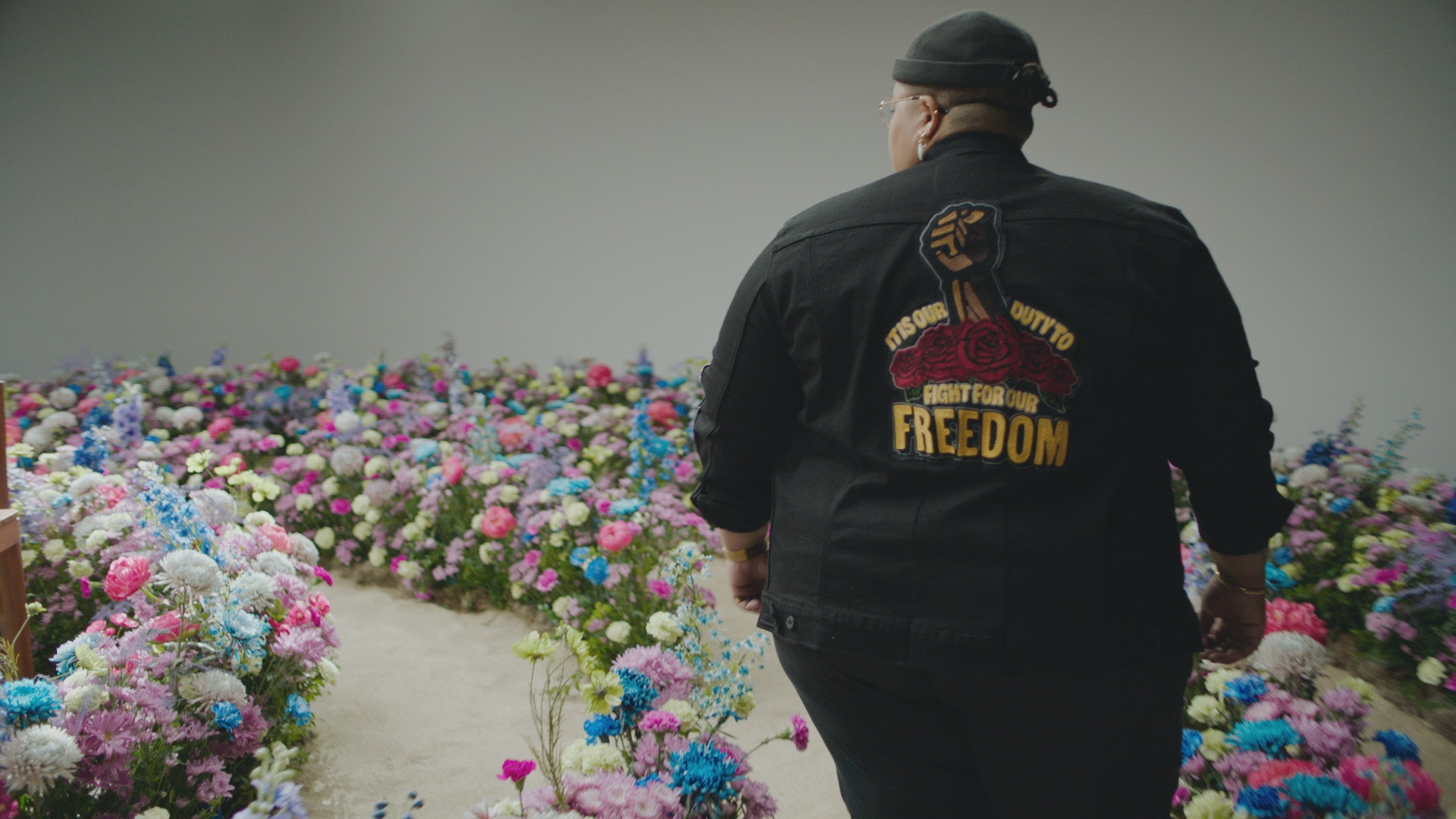 “I wanted to draw on political history for this collection, and I want people to see, even down to the typeface used, the subtle references to different political struggles," Steez said in a press release shared with Elite Daily. "We’re not just talking about Black history, we’re talking about Black futures. The future that we are moving towards is in a long tradition of Black people building power in uprising and political struggle.” 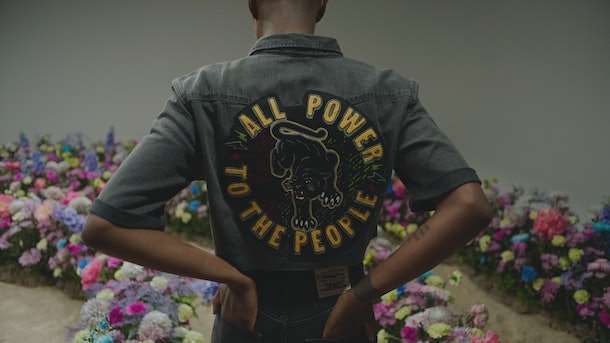 Denim has been a part of almost every major moment of social upheaval over the past 100 years. Anti-war and civil rights protests throughout the ’60s and ’70s were filled with bell-bottoms and denim-jacket wearers. To further honor the meaning behind this collection, Levi’s will donate an undisclosed amount to Power U, a foundation focused on developing leadership for Black and Brown teens and young adults.