James Charles is not exactly known for subtlety, so instead of dancing around the topic like press outlets have done in the past, Charles addressed Lil Nas X’s mythologized Nicki Minaj stan account head-on in his latest makeover video, co-starring the "Old Town Road" rapper. Nas might’ve thought he knew what he was signing up for, but he probably didn’t expect an interrogation into his internet-famous Barb past. One has to wonder for the next James Charles and Lil Nas X collaboration video if Nas will choose to request all questions in advance.

Overall, Charles’ latest collab vlog went smoothly; Nas got to sport a sick chrome eyeshadow look inspired by his latest music video for "Holiday," and the duo both shared some laughs over fashion, LGBTQ+ topics, and music. Nas was definitely a little caught off guard, however, when Charles abruptly questioned him over his long-storied past on social media as the famous Nicki Minaj stan, @NasMaraj.

Nas isn’t ashamed of his past, but he’s historically avoided the topic of his stan Twitter days whenever possible. On June 16, 2020, Nas finally came out as a Barb on Twitter and admitted that he had previously dodged questions pertaining to the stan account because he didn’t want people to know he was gay. Nicki Minaj herself even supported him during this time when she tweeted out, "It was a bit of a sting when you denied being a barb, but I understand. Congratulations on building up your confidence to speak your truth."

Although he seemed tense when Charles first brought up the topic — Charles even inserted humorous pop-up text about him regretting doing the video to reflect this — Nas relaxed and discussed his road to fame openly. 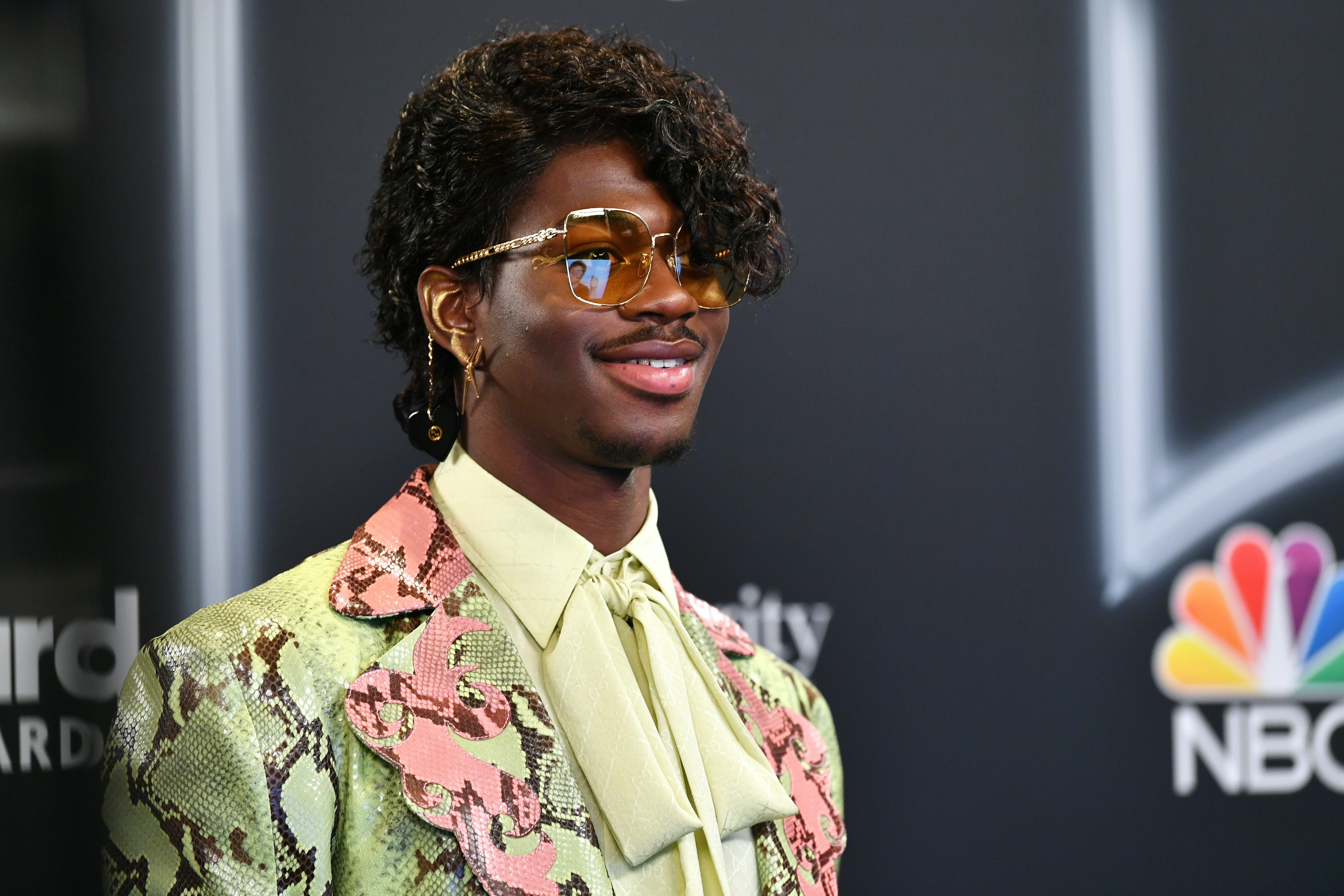 "I have known about you for a very long time now because you started on Twitter as a stan account," Charles grinned from ear to ear as the camera panned over to a visibly surprised Nas at the outset of the video. While Charles applied foundation, he also praised the artist’s Nicki Minaj Halloween costume, calling it, "a nice homage to NasMaraj." The camera cut immediately to Nas cringing.

But if Nas’ Halloween costume didn’t make it abundantly clear, shutting down @NasMaraj did not spell the end of his bona fide Barb status. "[Nicki Minaj] is an icon. She’s a legend," he told Charles.