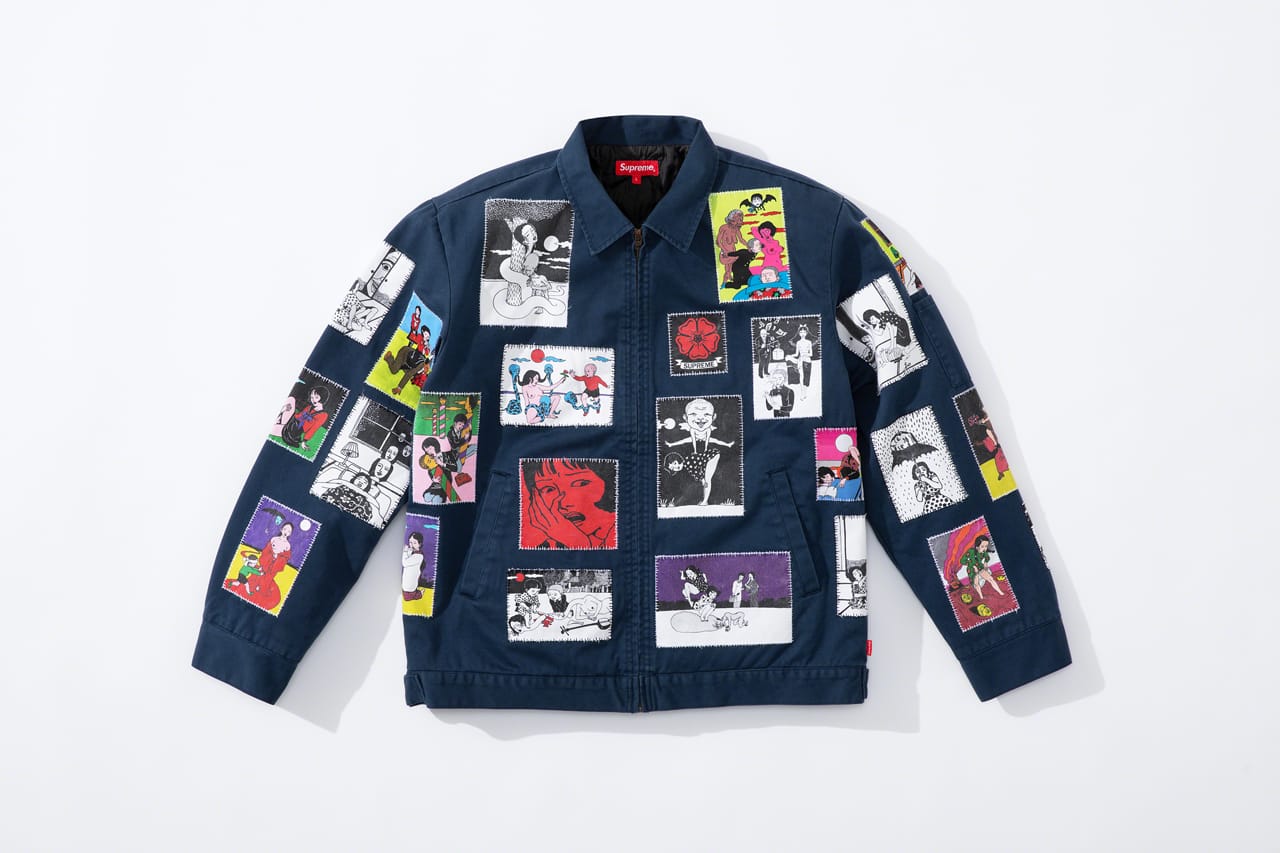 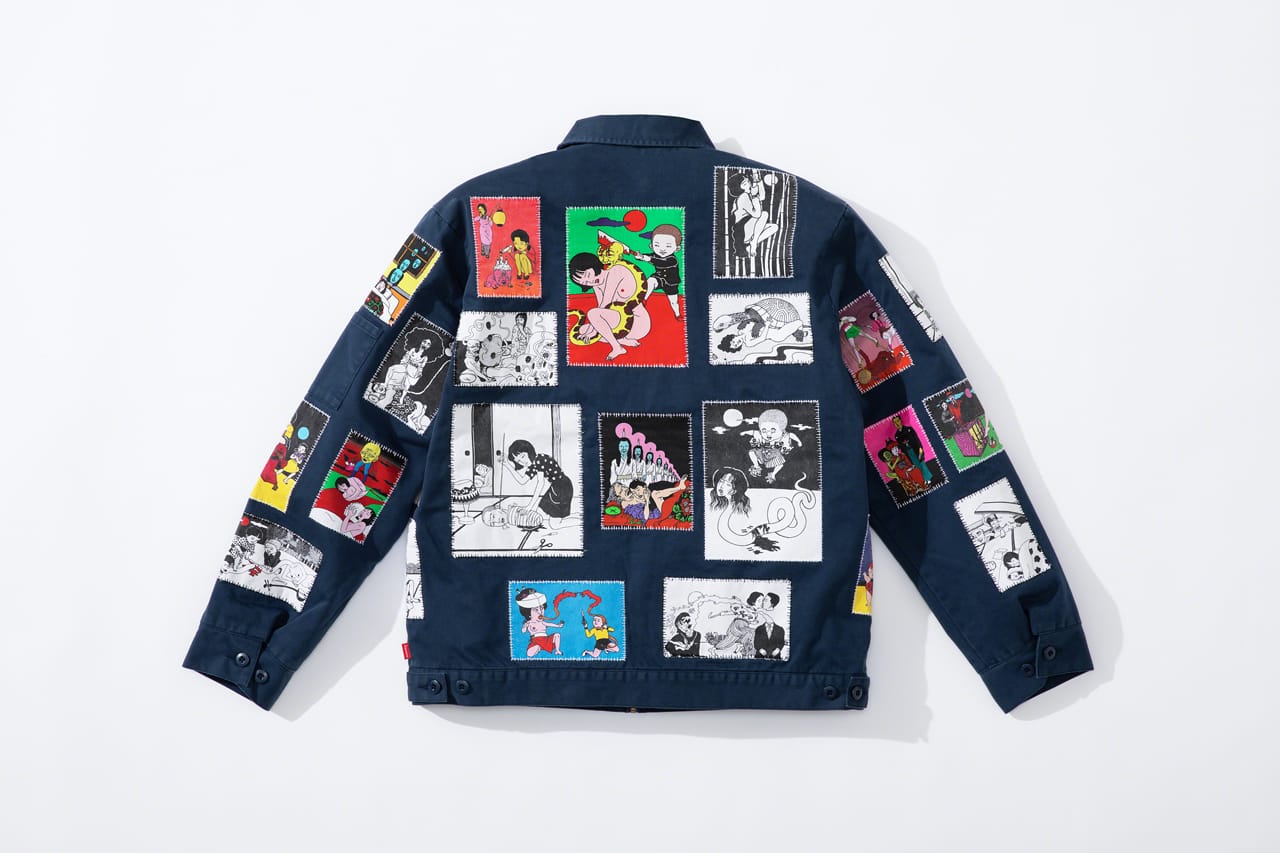 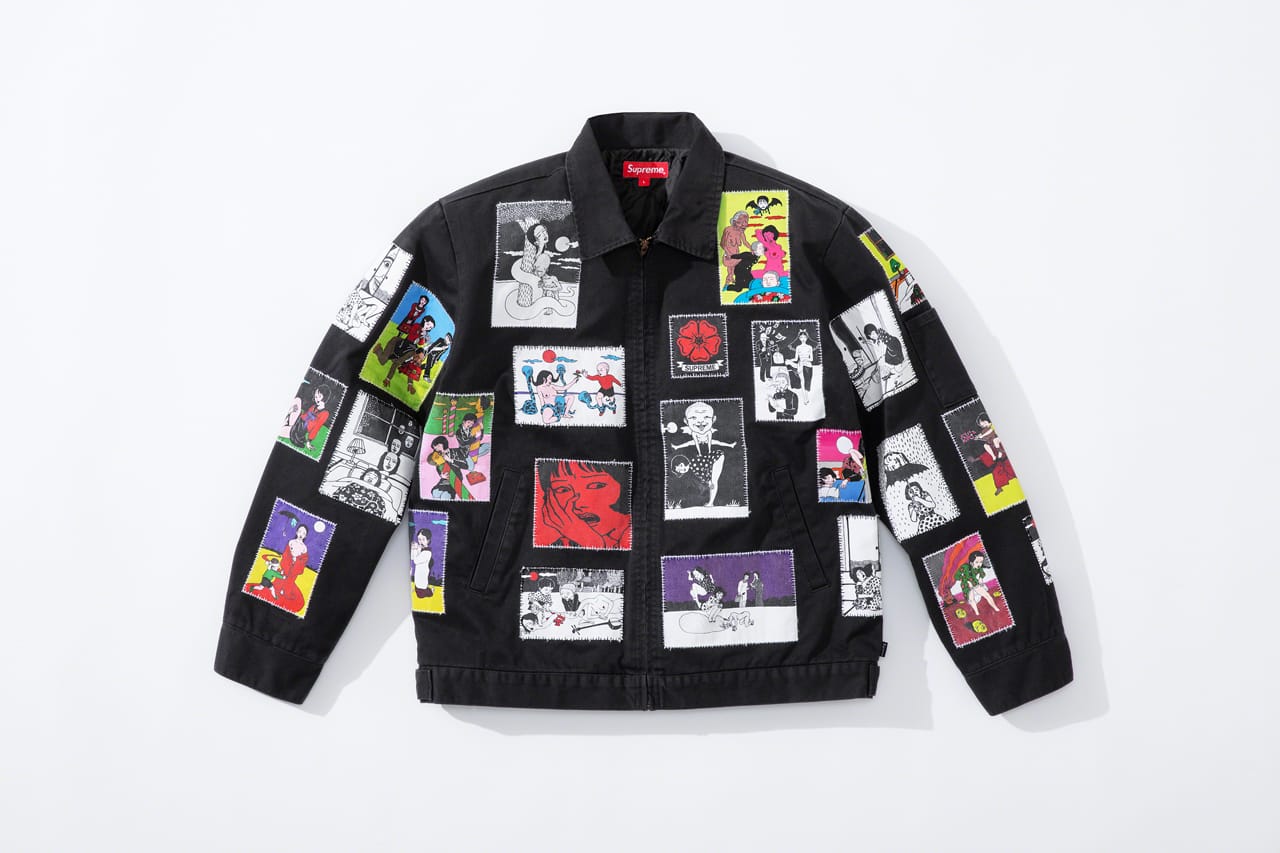 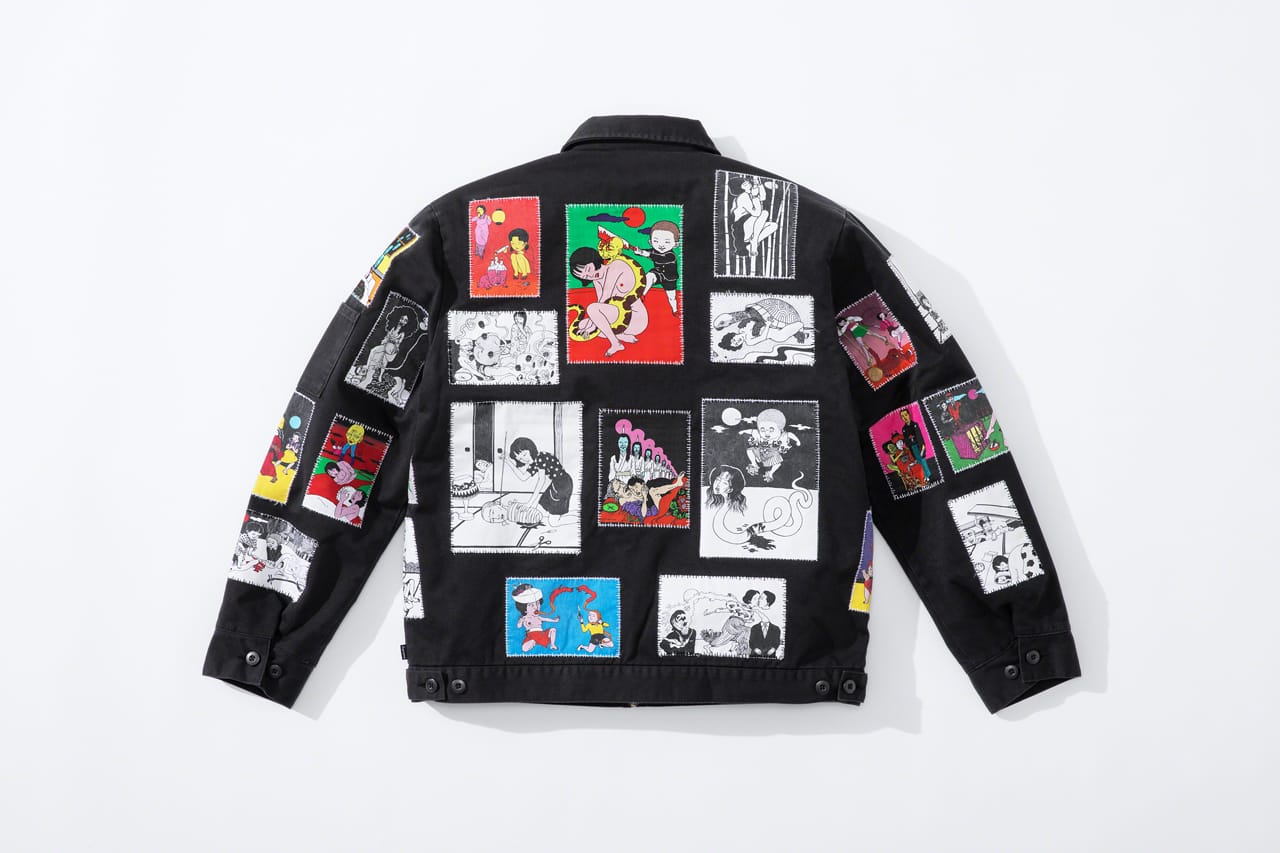 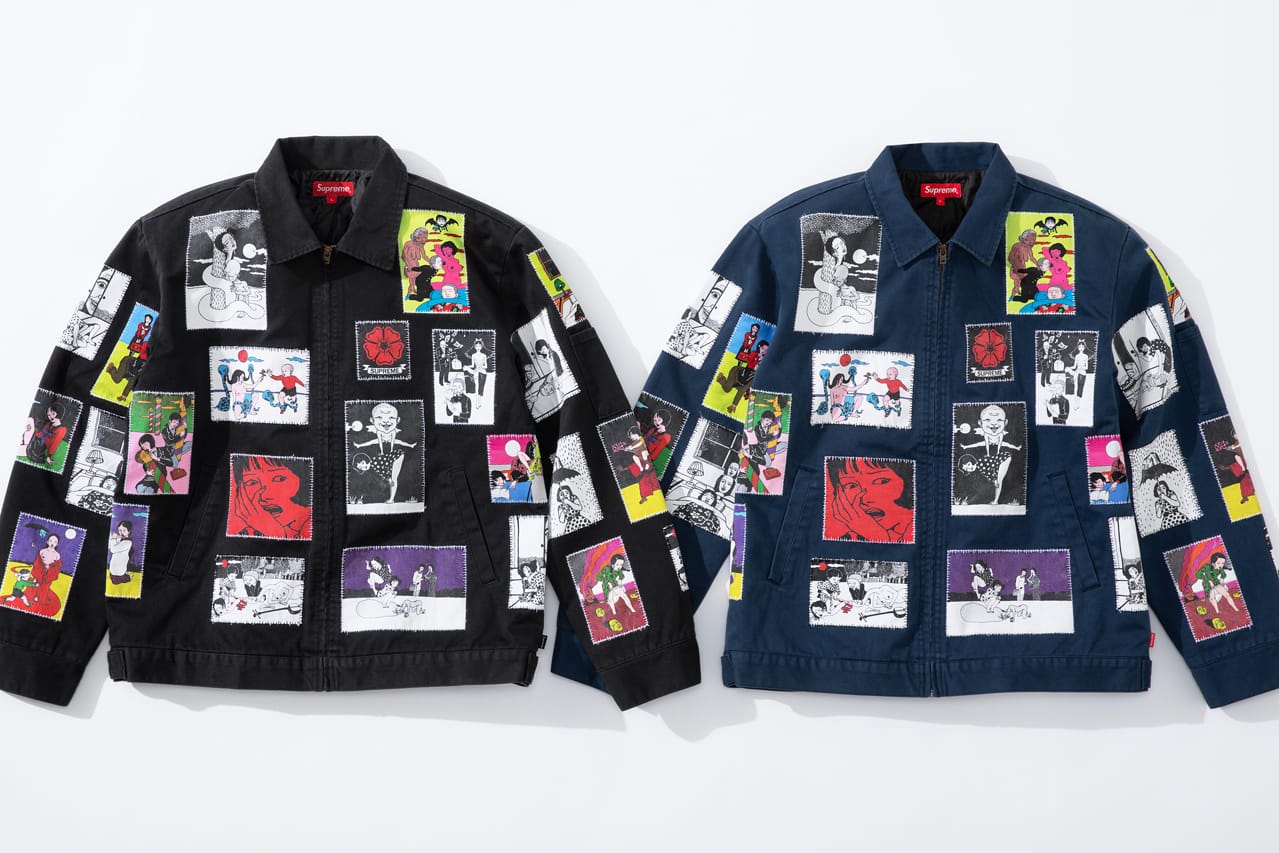 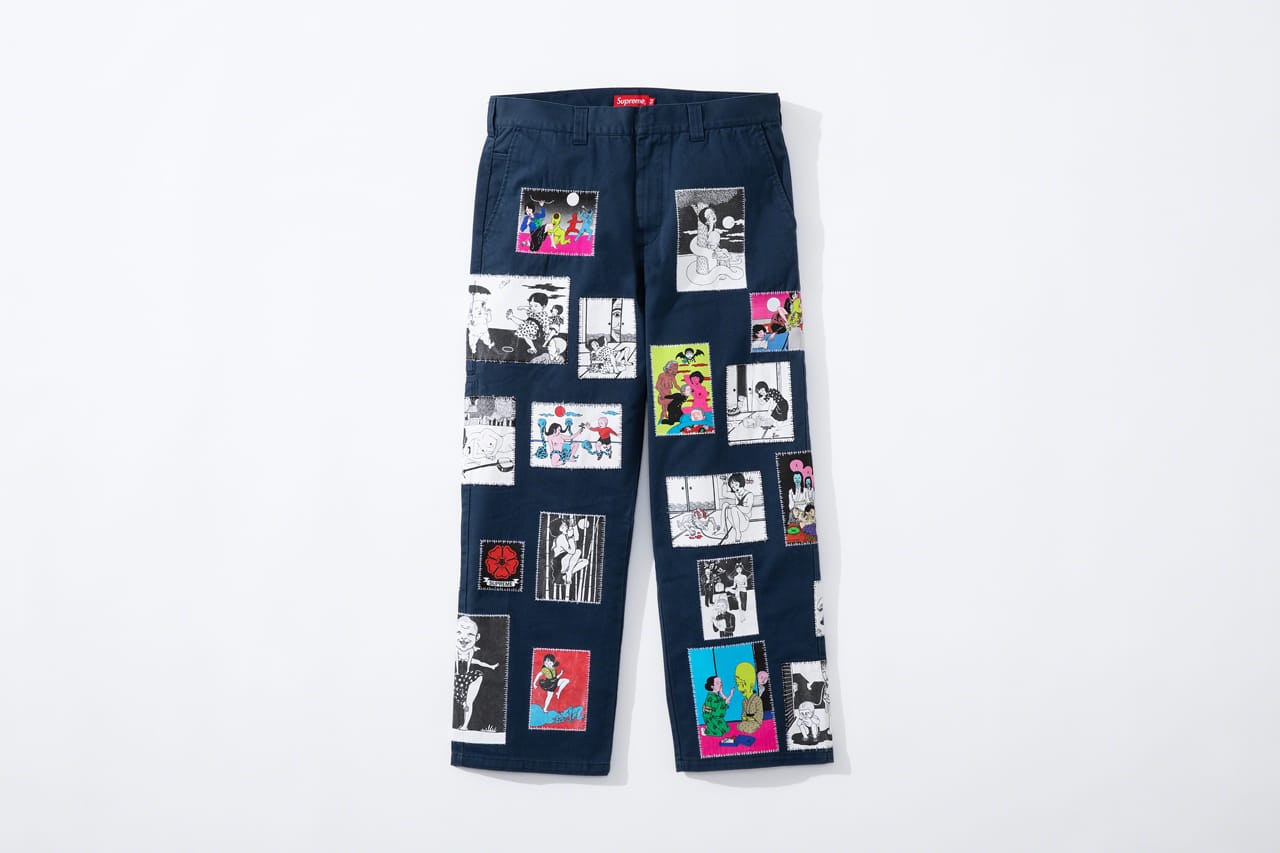 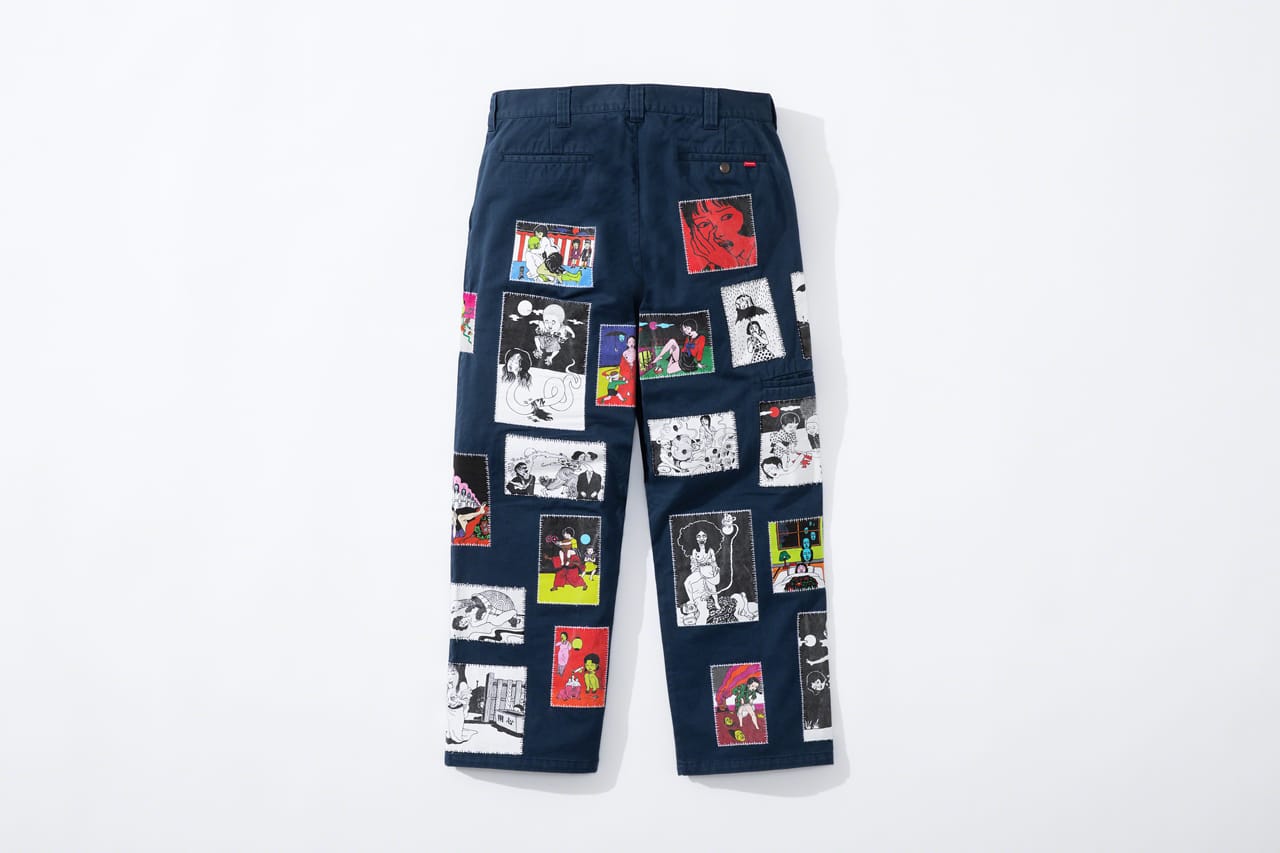 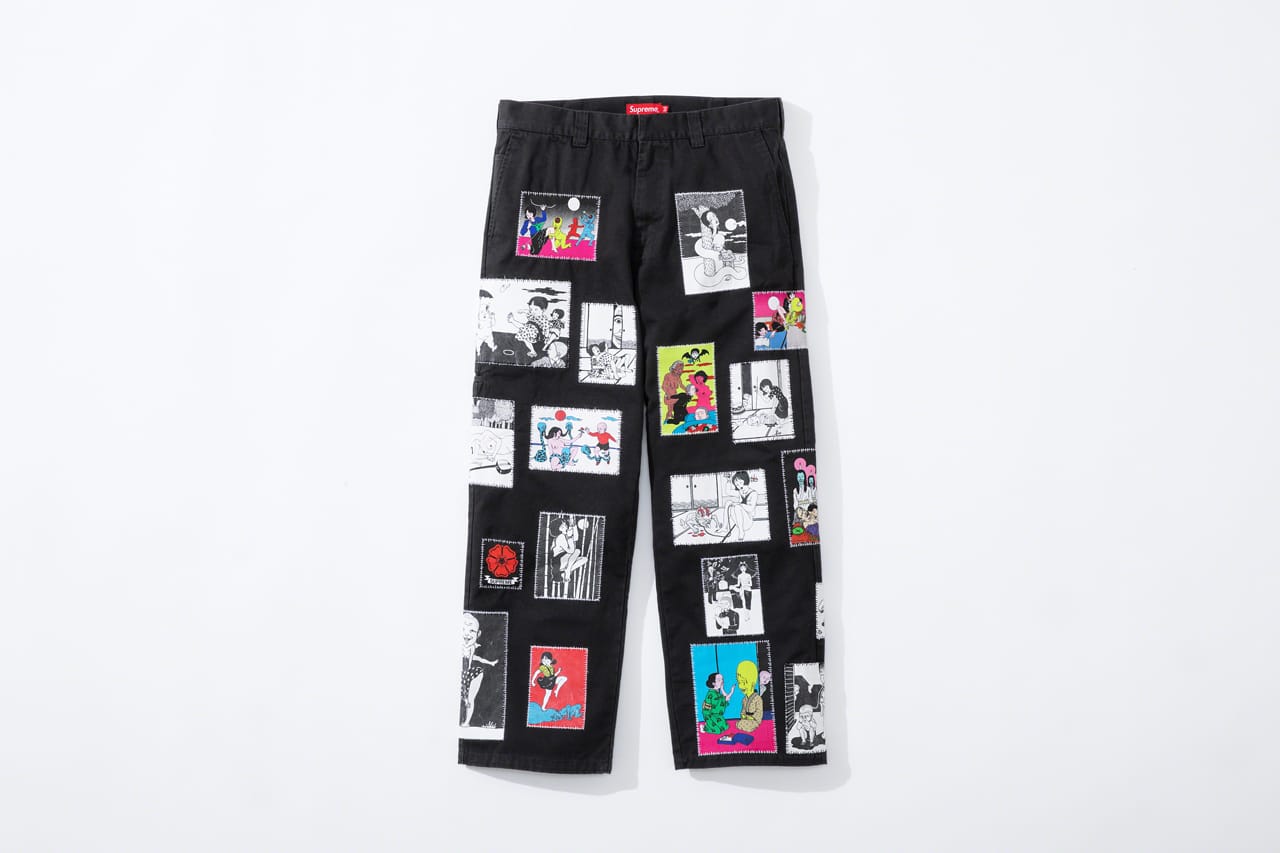 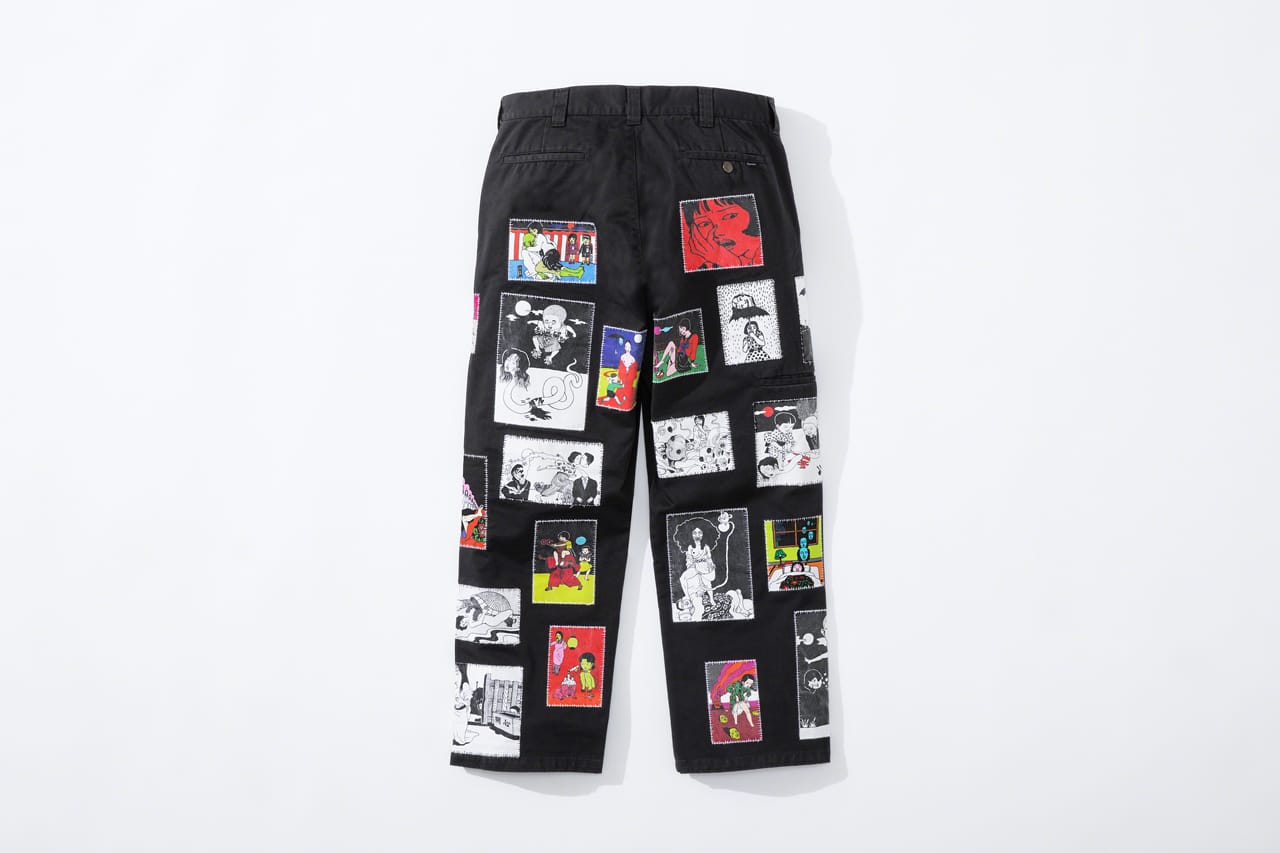 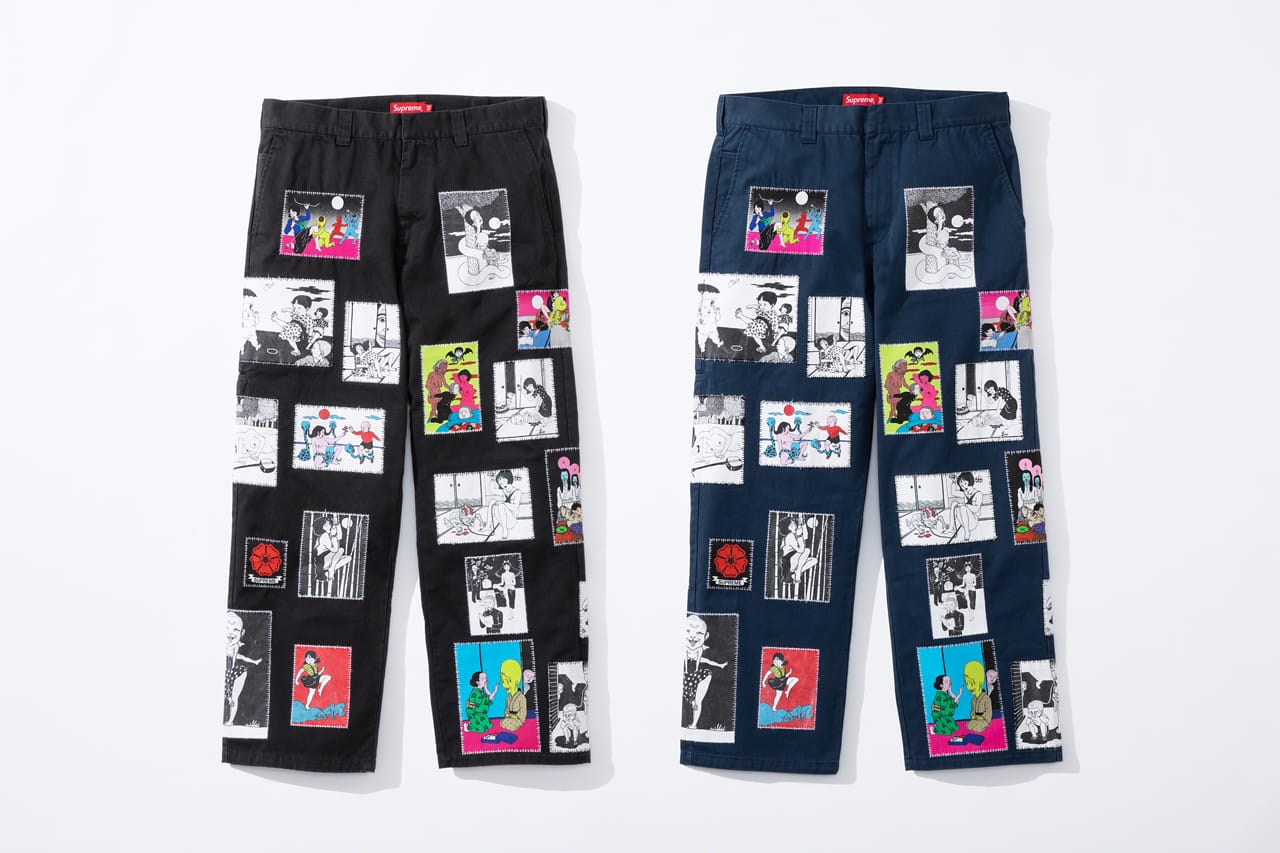 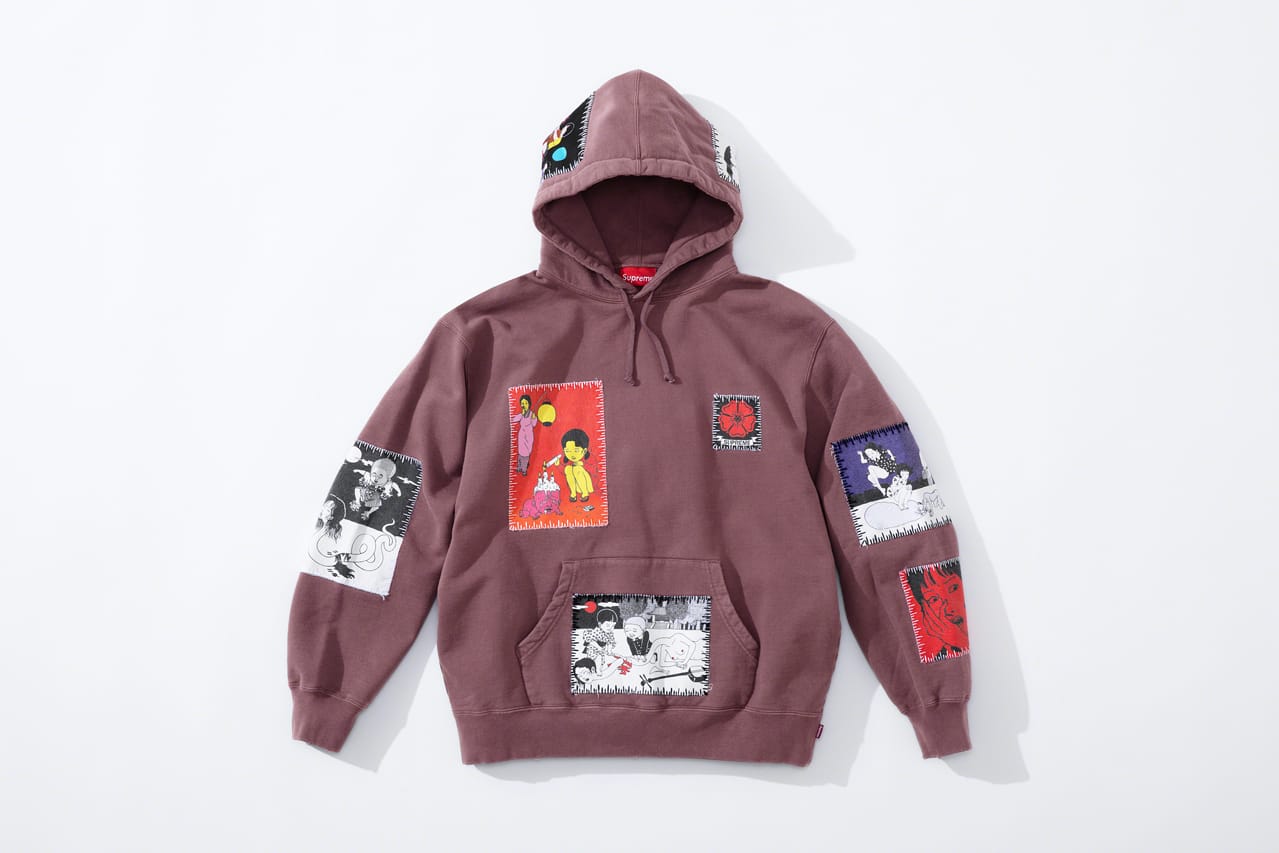 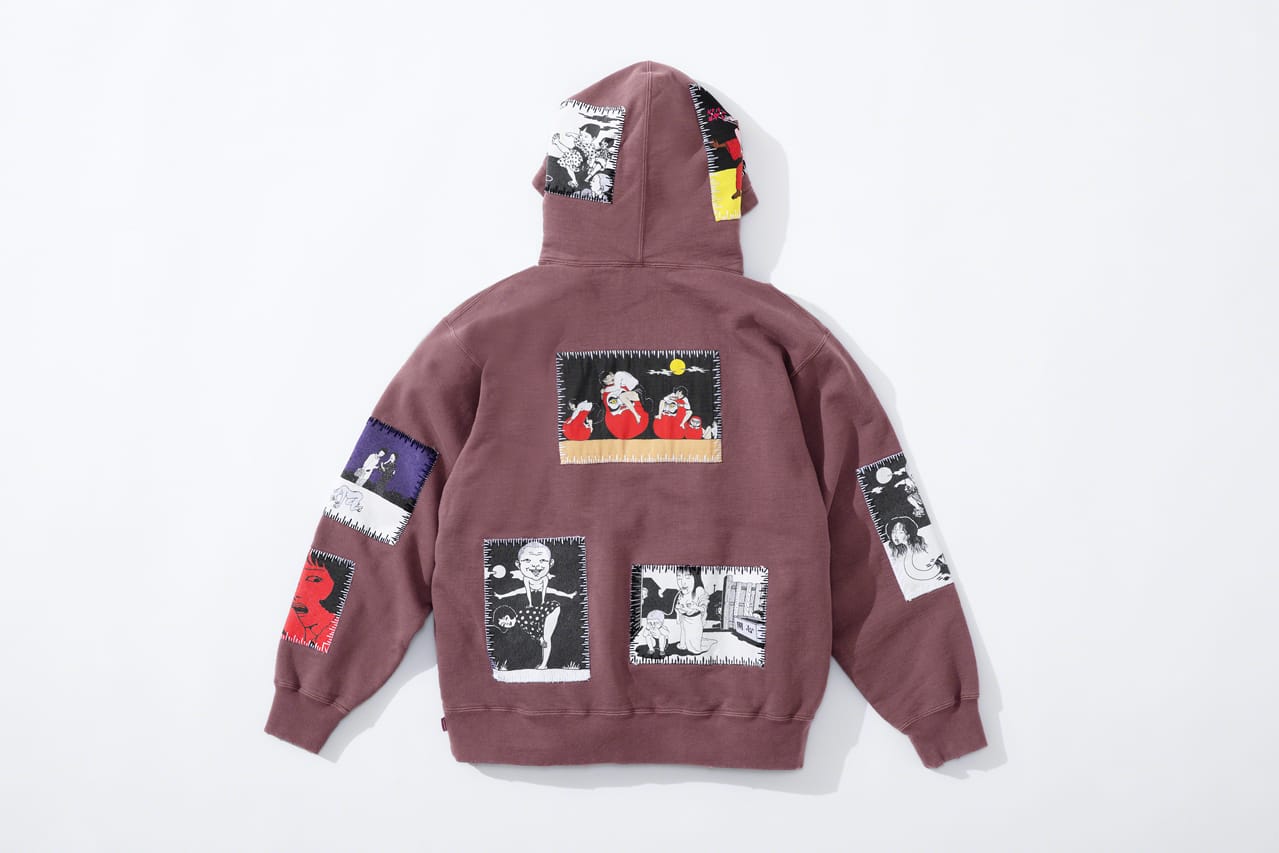 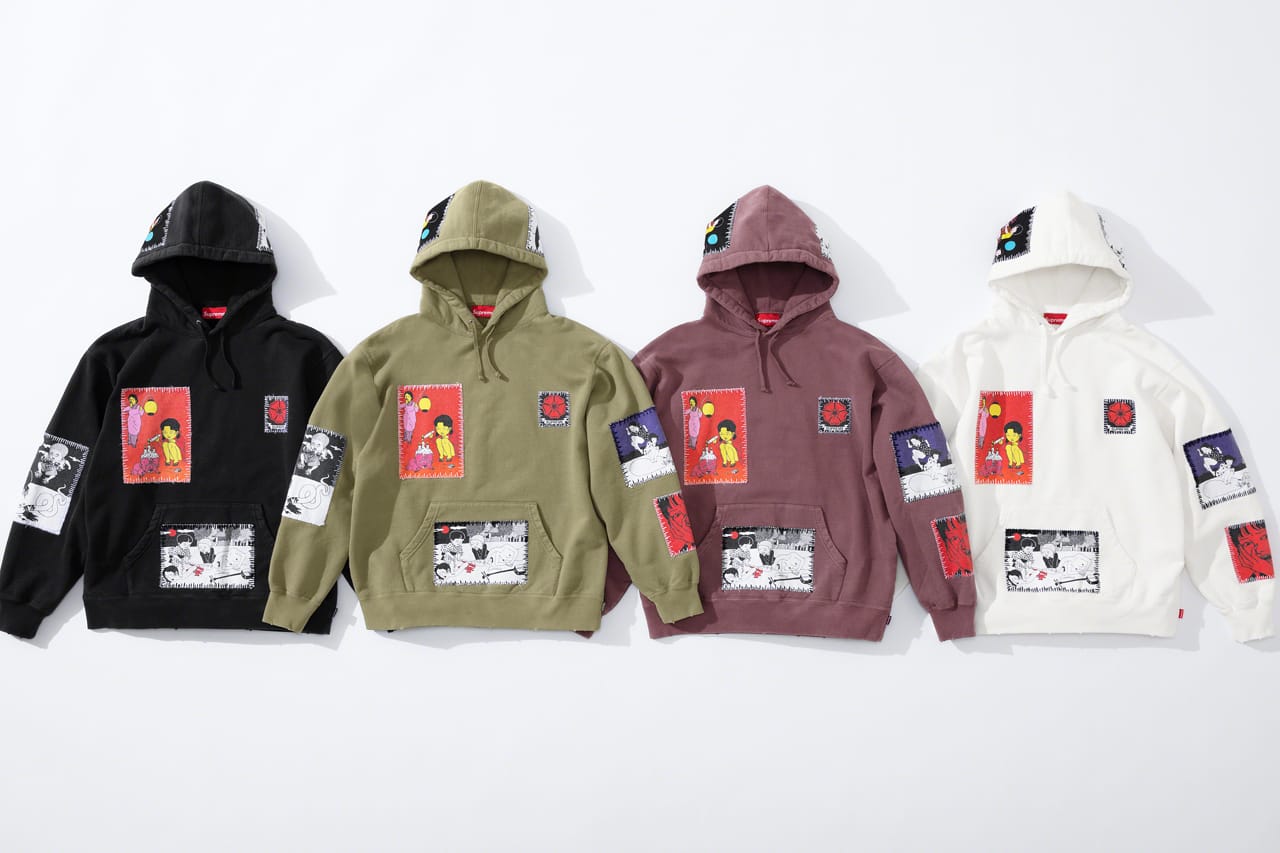 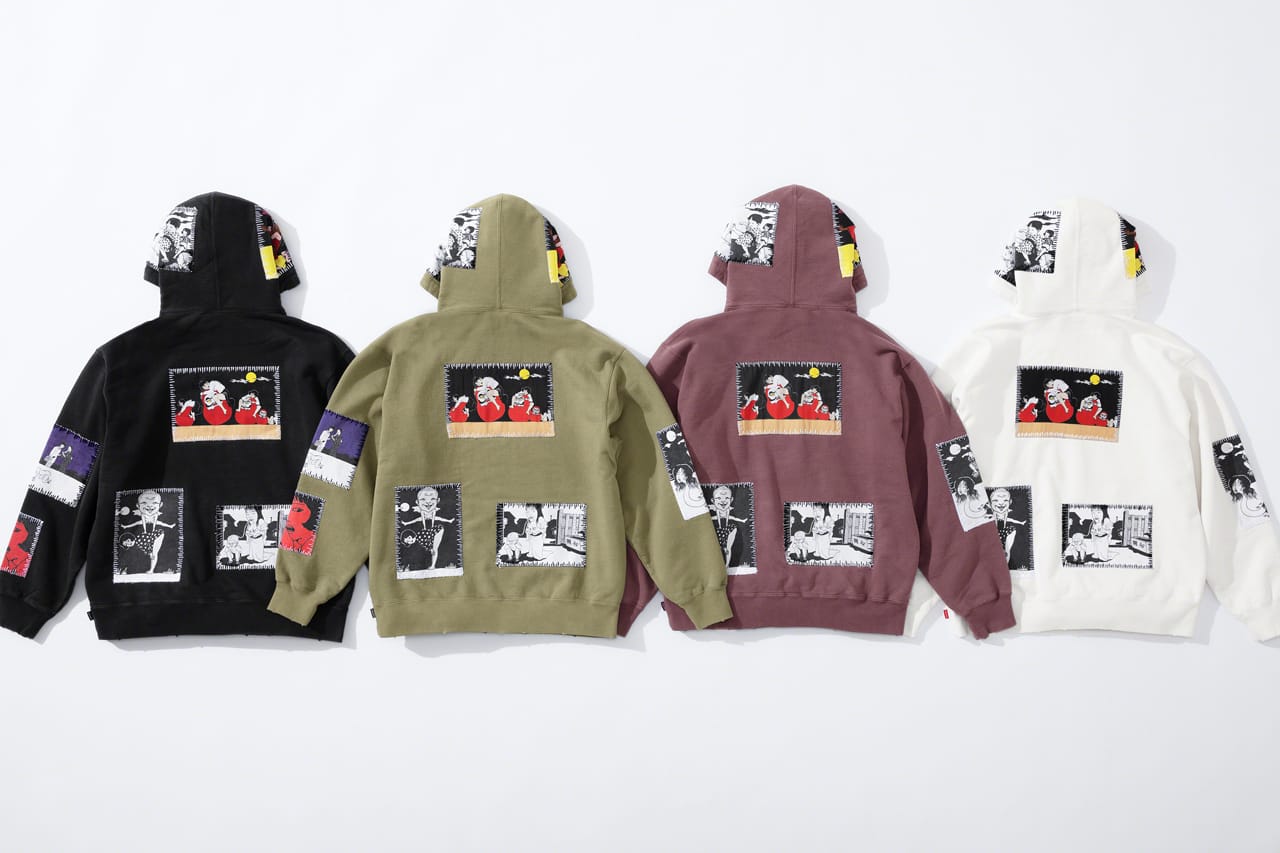 Tradition, sex, and self-expression were being explored more than ever in Japan during this time. Saeki’s work did just that. He once said, “The visions that I show people are the incomprehensible stuff of ‘ero’ [erotica] and mystery… If the reality hidden in my soul — even if it is only the smallest fragment of it — is able to evoke something in the viewer, then my intention has been achieved.”

In honor of the “Godfather of Japanese Erotica,” Supreme is releasing a three-piece capsule developed with the artist before his untimely passing, aged 74. While he did not get to finish his collaboration with Supreme in person, the collection does perfectly spotlight and celebrate his work. A work jacket, hooded sweatshirt and work pants have been covered in a patchwork of Saeki-penned pieces, both colorful and black-and-white.

Notions of pop art to psychedelia appear in the collage of patches that adorn each piece, as does Supreme’s moniker. They look as if they’ve been stitched on, too, thanks to raw white edges lining each image. The work jacket comes in black or navy, as do the work pants, while the hooded sweatshirt appears in black, white, green, and red.

Take a look at the Supreme x Toshio Saeki collection above. It will release on Supreme’s official webstore on November 5 save Japan, which will see a November 7 release date.

In other news, Lightning Archives‘ books are here, ready to inform you about Rolex, Champion, vintage denim, and so much more.
Source: Read Full Article