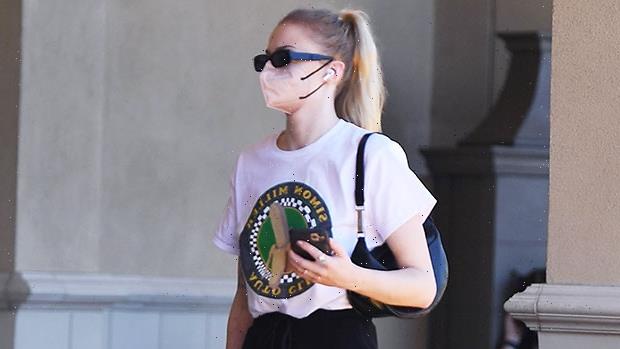 One day after her wedding anniversary with Joe Jonas, Sophie Turner was photographed at the supermarket in a pair of short-shorts.

Sophie Turner is ready for summer in her latest casual look! The actress stepped out for a trip to the grocery store on May 2. She wore a pair of black, high-waisted shorts, along with a white Simon Miller t-shirt, which was tucked in. Her look was complete with comfortable black sneakers and sunglasses, and she had her hair pulled back into a ponytail. 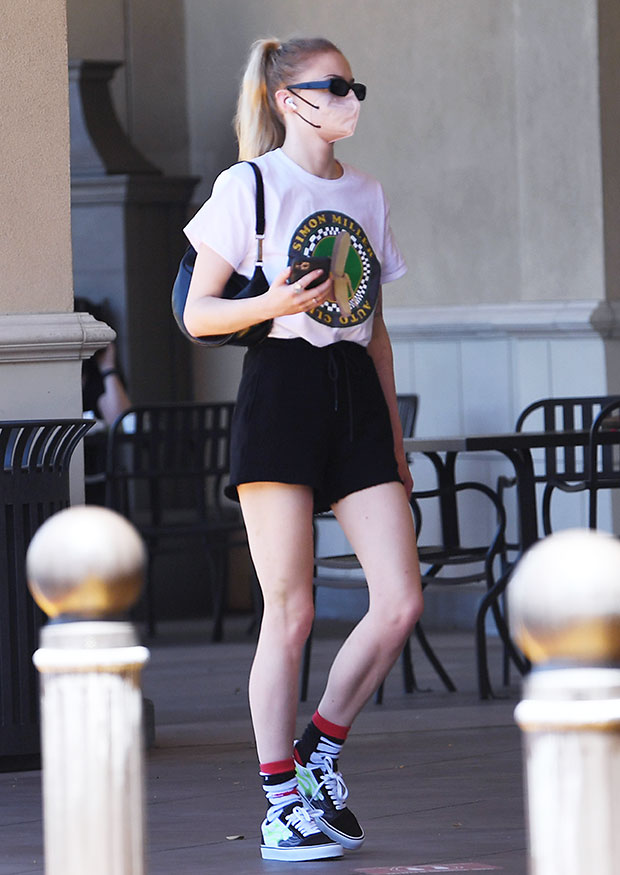 The solo outing came just one day after Sophie and her husband, Joe Jonas, celebrated their two-year wedding anniversary. The couple tied the knot in a Las Vegas ceremony on May 1, 2019, following a fun night at the Billboard Music Awards. However, since only a select number of guests were in attendance at the elopement ceremony, they had another wedding for all of their family and friends in France the following month. Joe and Sophie started dating in 2016, and got engaged just one year later in Oct. 2017. 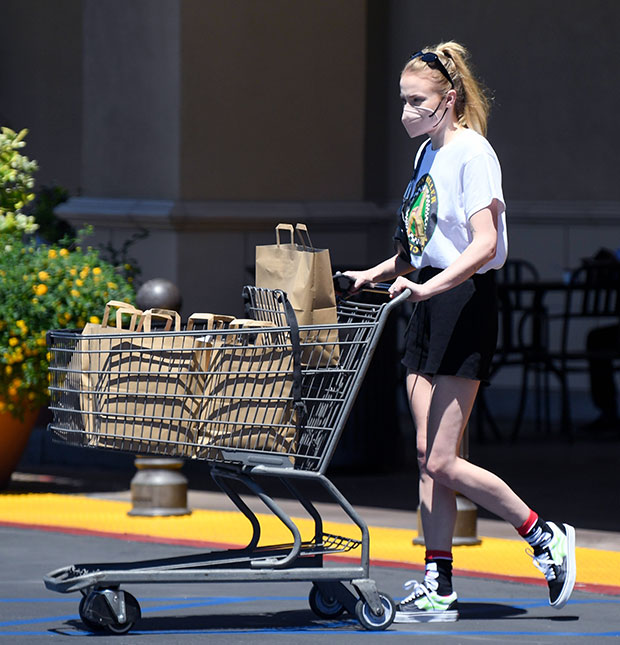 In honor of the anniversary, Sophie posted some throwback photos from the Vegas night. “Happy 2 year Vegas wedding anniversary to this big ol hunk of man meat,” she captioned the series of shots. In 2020, Sophie and Joe welcomed their first child, a daughter named Willa, together. After Willa’s birth in July, they spent a lot of time at home and away from the spotlight, keeping their first few months with their baby girl extremely private.

However, in recent weeks, Sophie and Joe have been popping up out and about more often. At the end of April, they enjoyed a rare, post-baby date night. Still, they’ve made a point to keep Willa out of the public eye, and have yet to share a photo of the little one on social media. They also make sure to keep her covered in her stroller whenever they’re out and about as a family. 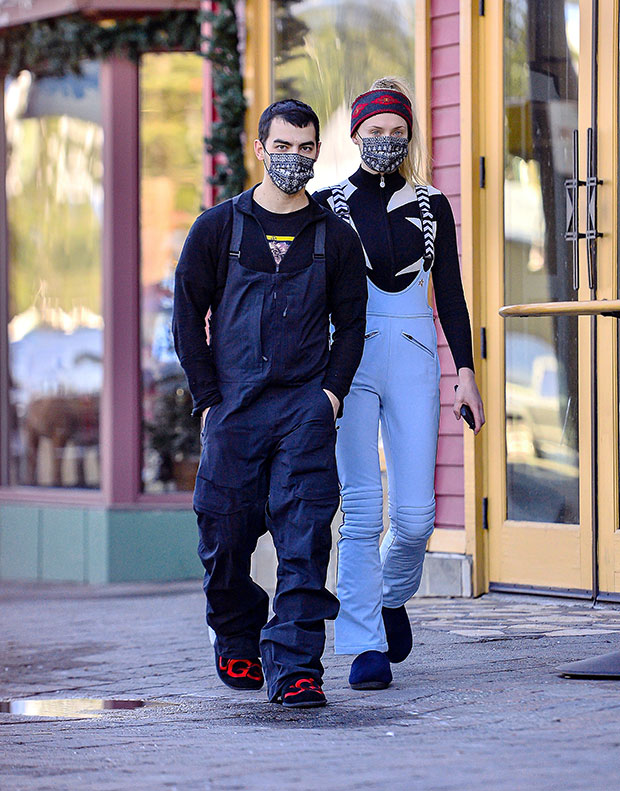 While Sophie has continued to focus on life as a new mom recently, Joe is slowly getting back to work. He and his brothers recorded a new Jonas Brothers song, “Selfish,” which was featured on Nick Jonas’ solo album in March. Plus, he’s also starring in the upcoming movie, Devotion, which is currently being filmed.