Acclaim for fashion designer Telfar Clemens continues to pour in.

The designer behind the mega-popular vegan leather tote bags has just received another accolade, and it stems from TIME magazine. Honoring the leaders and trailblazers currently shifting the culture at large, the publication recognized Clemens as one of 19 innovators for its TIME100 Next 2021.

For his feature on the renowned list, musician Solange Knowles, who has often worn the designer’s creations, including on her Harper’s BAZAAR digital cover back in October, penned a sentimental essay celebrating Clemens’s creativity and endless influence.

“Where the industry restricts identity with outdated expressions of presentation, correctness and exclusivity, Telfar has created a new language of truth, through design. The Telfar symbol is one that acts as an affirmation for how we fully and confidently show up in the world,” wrote Knowles. 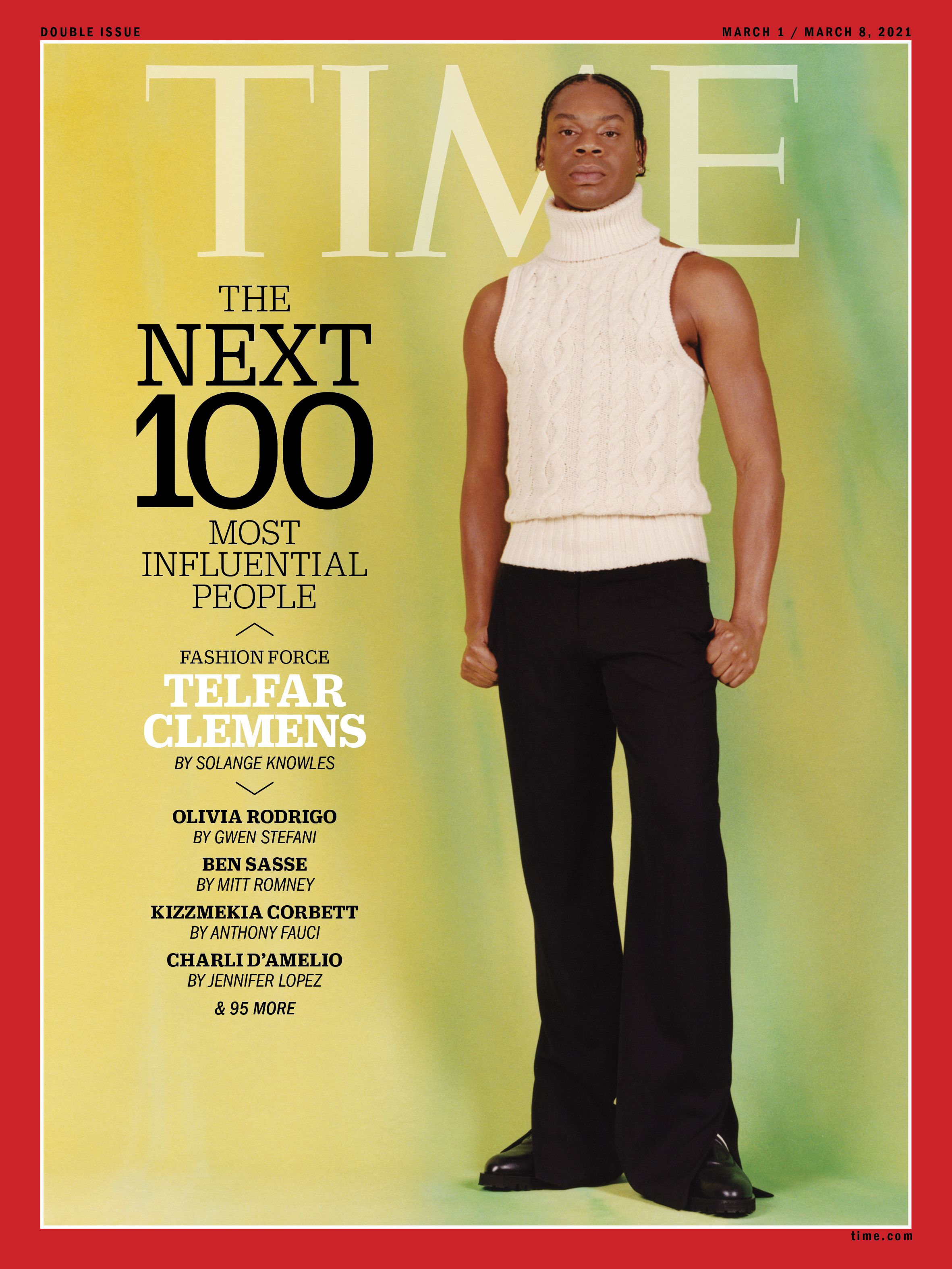 “It is Telfar’s own inspiringly firm sense of identity that makes possible the label’s uncompromising aesthetic: purposeful basics reimagined for a more inventive future. It was Telfar’s vision to translate the classic verve of an elegant tote into a symbol that speaks directly to the community it is intended to,” she added.

In a video for TIME, Clemens reflected on his journey from just starting out to becoming a bona fide designer darling. “I didn’t go to school for fashion design, but I knew I could make some clothes,” he said. “The idea that you can’t or can wear something and you need to be this to do that, I think a lot of that’s disappearing.”