FOR any diehard Disney fans out there, getting engaged at the Magic Kingdom is the stuff of our childhood dreams.

So when Gracie O'Neill's husband was deciding where he should pop the question, Disneyland was the obvious choice. 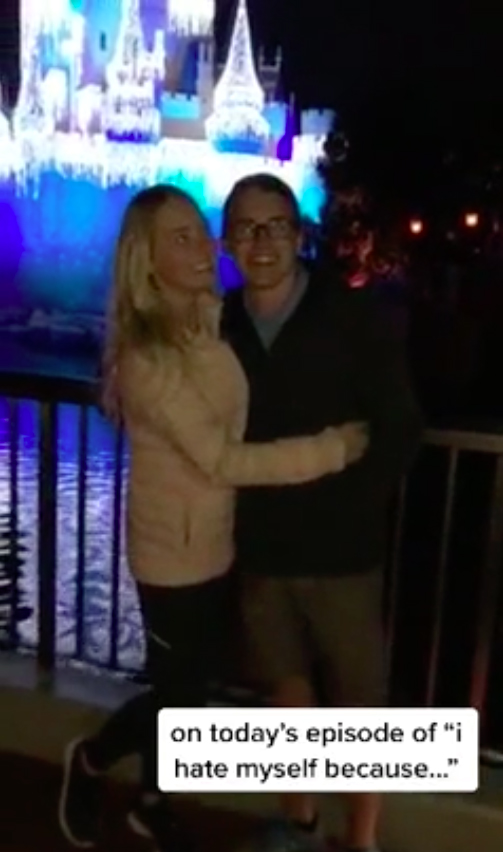 There was just one small problem: he'd pretended to propose so many times before, Gracie assumed his romantic gesture was just a joke.

Earlier this month, she shared her cringeworthy engagement video on TikTok – and her first reaction was to give him a quick smack on the head.

Gracie wrote: "In my defence, I thought he was trolling me…"

In the clip from a few years ago, the happy couple are seen posing for a photo in front of the Magic Kingdom at dusk. 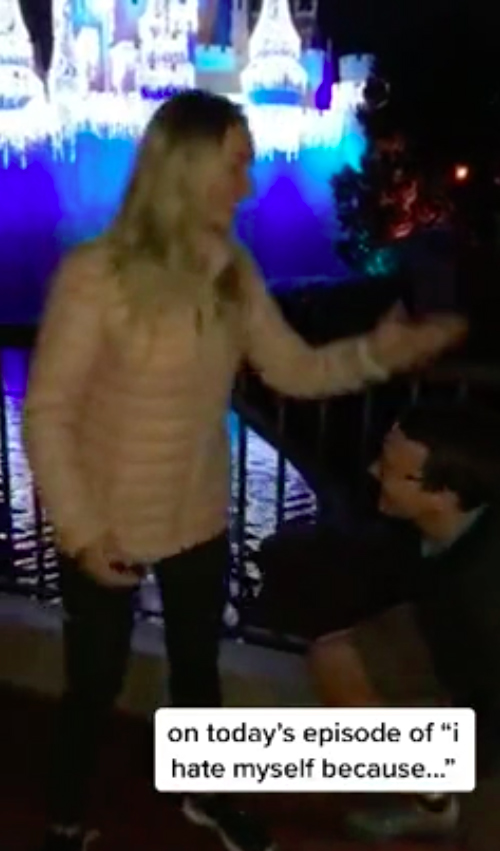 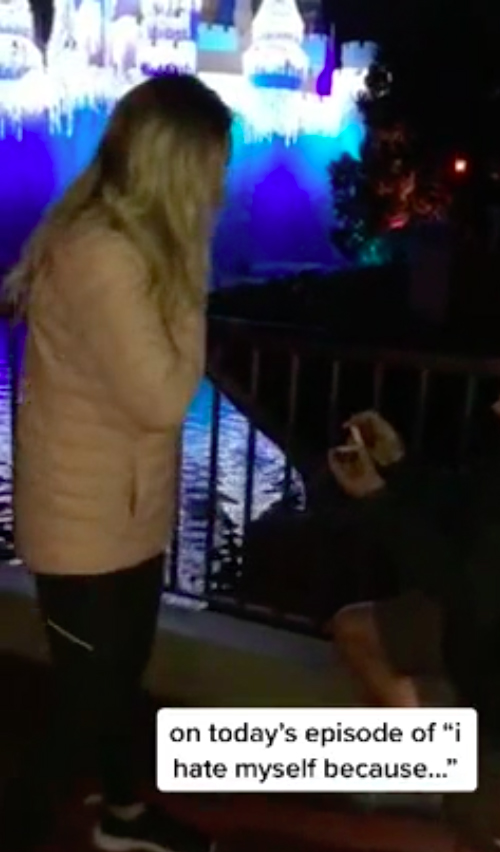 As Gracie pulls away, her future husband gets down on one knee – but before she lays eyes on the ring, the bride-to-be taps him on the head.

Realising her mistake, Gracie says "no, oh my god" before accepting his proposal.

She captioned the clip: "On tonight's episode of 'I hate myself because…'"

In my defence, I thought he was trolling me…

The video has been viewed over 5.8 MILLION times on TikTok – not bad for her first video!

One user replied: "LMAO you hit him like you were turning off an alarm clock."

Another said: "In her defence, he said 'this time I'm not kidding'. Girl you're better than me. I would've dumped him for playing with my feelings like that."

A third added: "I feel bad he ruined it by doing it as a joke so many times she couldn't be excited initially."

For more wedding horror stories, this groom’s ‘crazy ex’ crashes wedding wearing BRIDAL GOWN screaming ‘it should have been me’ – but all’s not as it seems.

And this bride-to-be was slammed for taking out her phone to upload a photo of her engagement ring BEFORE saying yes.

Plus wedding shamers blasted bride for wearing a dress she can’t ‘walk, sit or dance in’.