NO ONE actually enjoys doing laundry, and when the chore falls on one person (ahem, the mum) to do the majority of it, finding a simple way to get it done is paramount.

Which is why one mum decided to turn her basement into a laundry room where she also hangs her entire family's wardrobe, so she doesn't have to walk two flights of stairs to put it away. 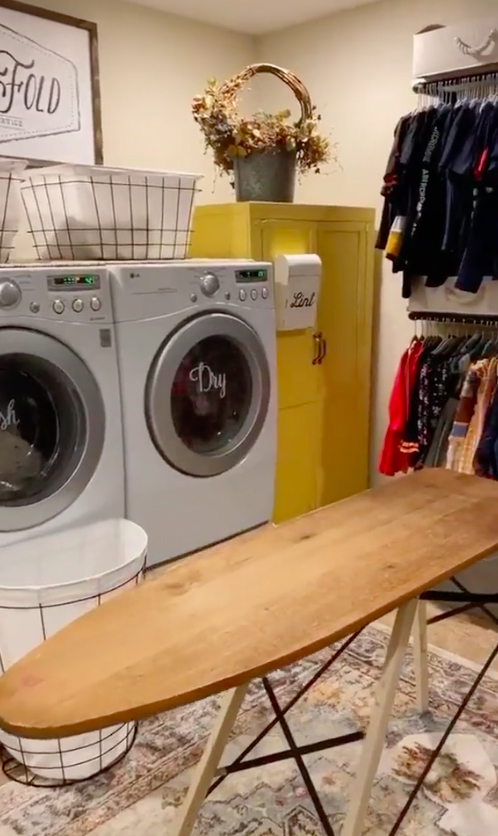 But we're not just talking about the clean clothes, as the US-based mum revealed that no one in her family has a wardrobe outside of the basement and that ALL of her husband's and kids' clothes stay in the laundry room.

The mum, whose TikTok name is The Little Suburban Farmhouse, showed off her laundry technique in a clip on the platform – which has since been liked almost two million times.

In it, she shows off a few incredibly organised rails filled with clothes which are hung perfectly in colour-coordinated fashion. 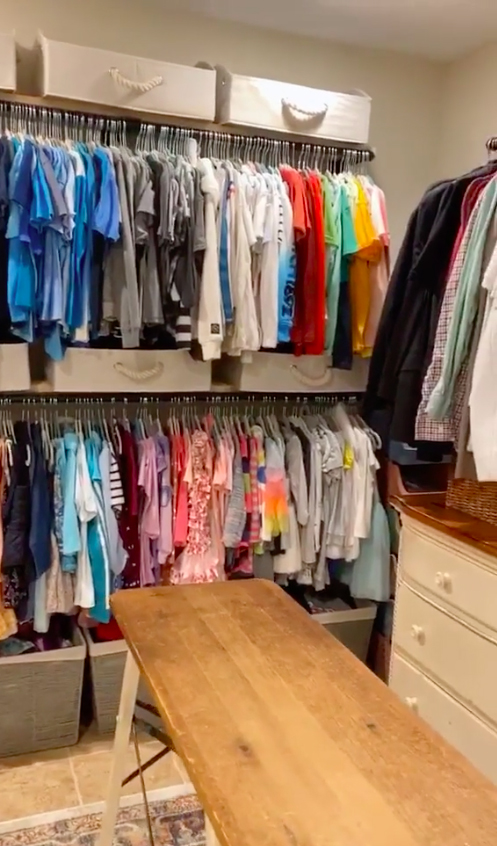 She explained her "laundry room secret" and said: "You see those clothes right there, those are all my children's.

"And you see that side? well, that's my husbands."

She explained that she brought all of their clothes down to laundry room tosave her a time as she can just take them out of the drier and hang them up in their spots. 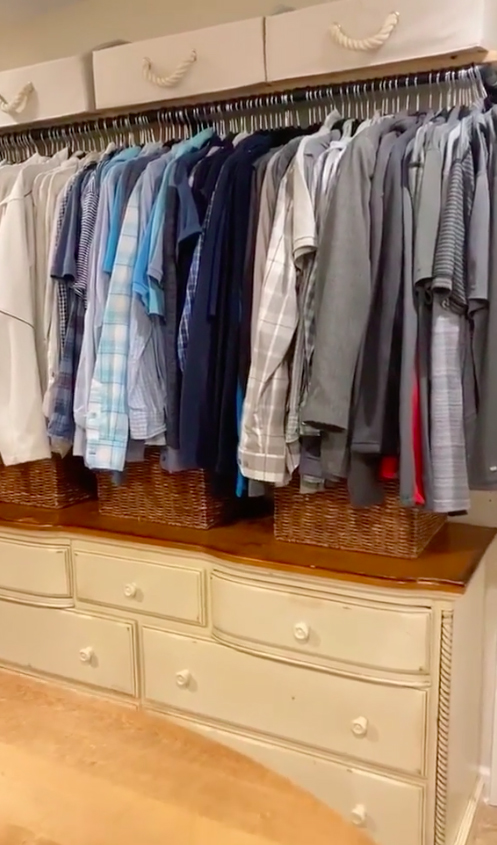 "No more baskets up two flights of stairs, " she said. And added: "If they want a closet, they gotta start doing the laundry – that's how it works."

More than nine million people have watched the mum's video, and it’s been liked more than 1.8 million times.

“It’s the aesthetically pleasing pettiness for me,” one commenter joked.

“Is this passive aggressive or evil genius?” wondered someone else. “Either way, I’m in.”

“Work smarter not harder,” added a third person, before adding a clapping emoji. “LOVE IT.”

Meanwhile, mum-of-four shares her clever ‘tub’ system to keep her house spotless and claims she NEVER has to do the ironing.

Anda cleaning mad mum shows simple three-step method for cleaning washing machine & says you should be doing it every MONTH.

Plus mum shares clever kitchen hack which means no more washing up and it’s perfect for busy mums.