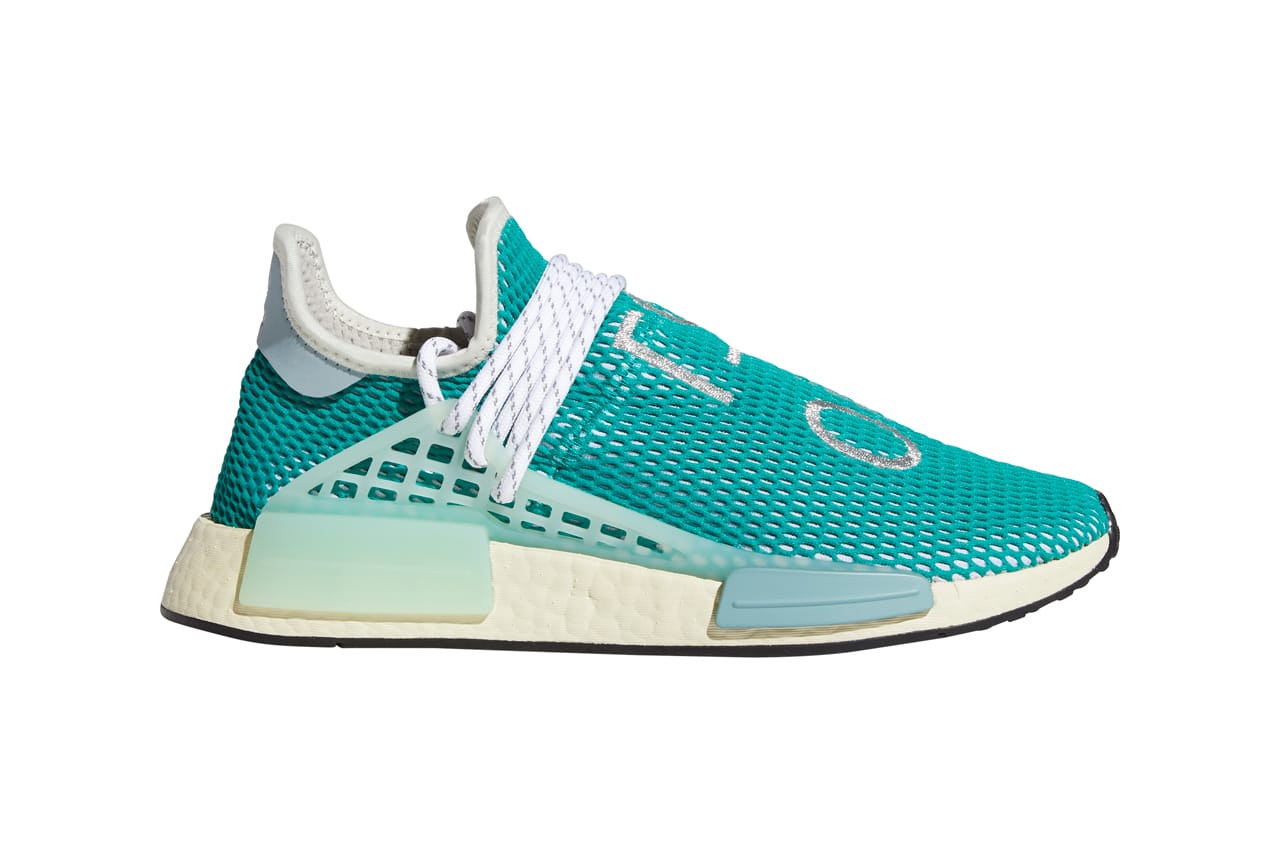 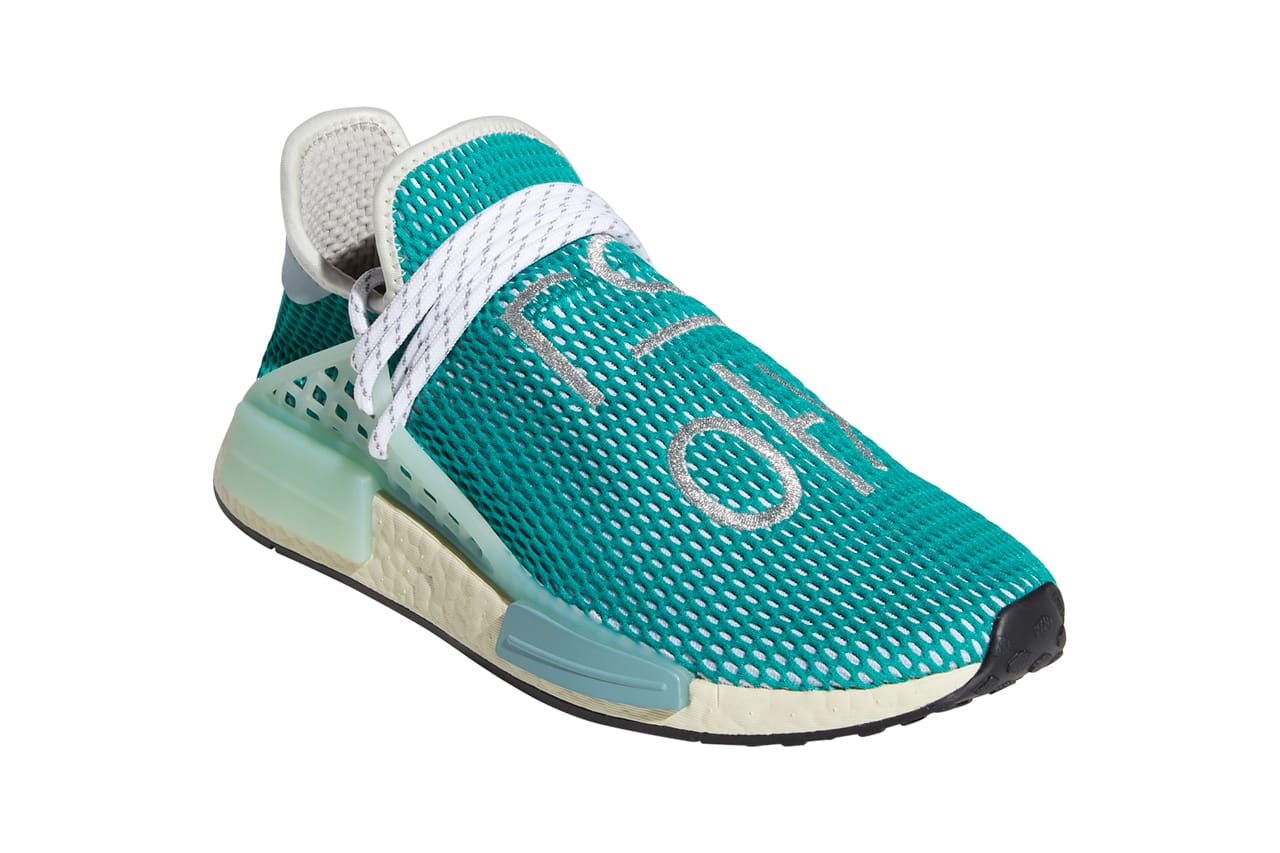 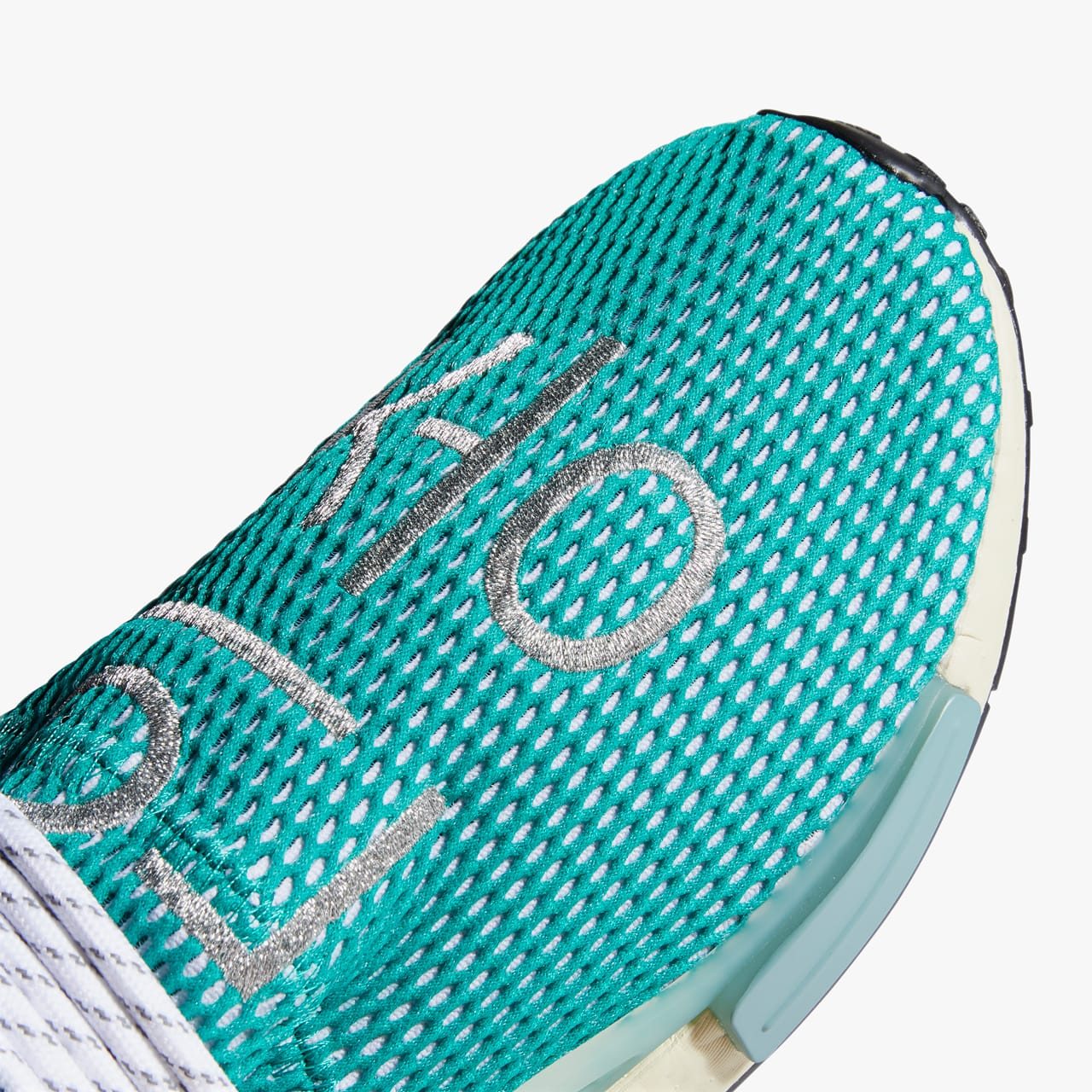 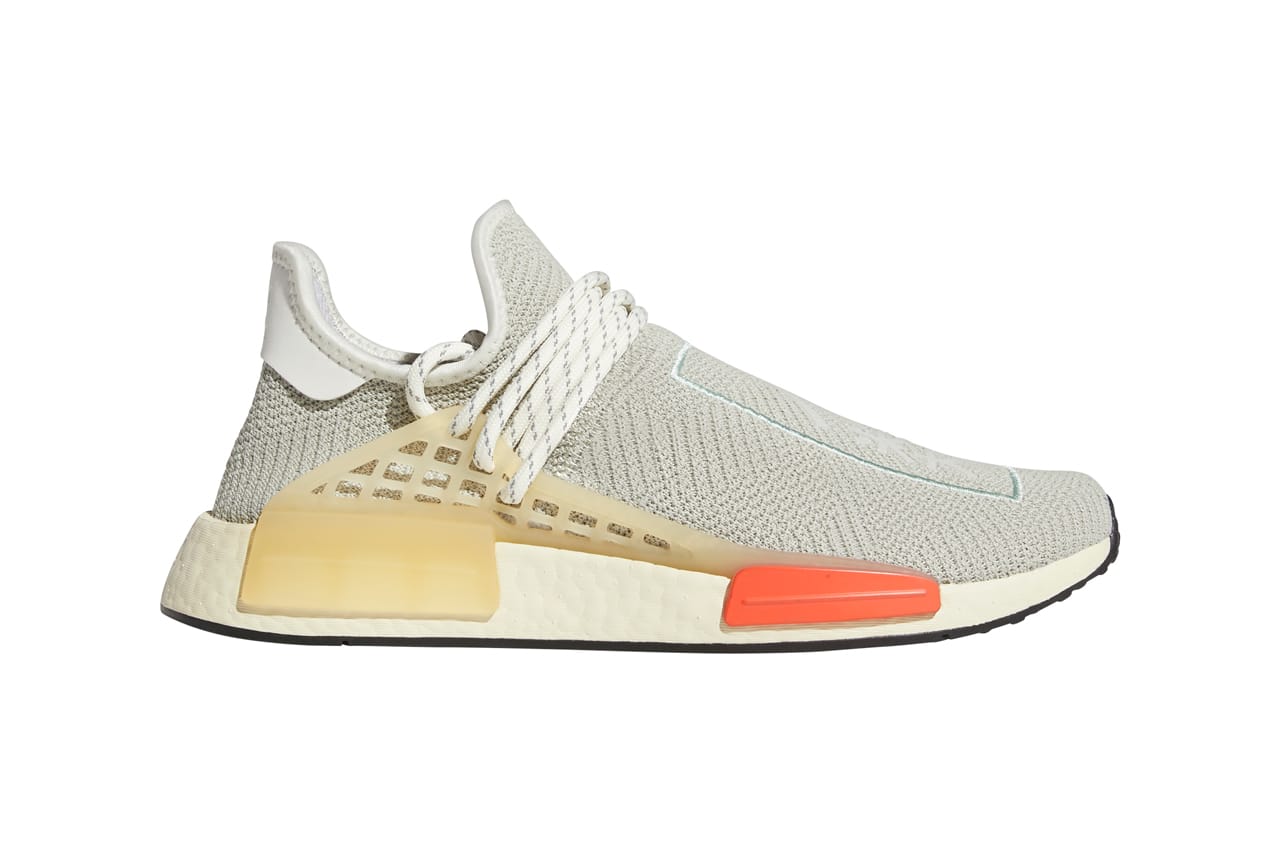 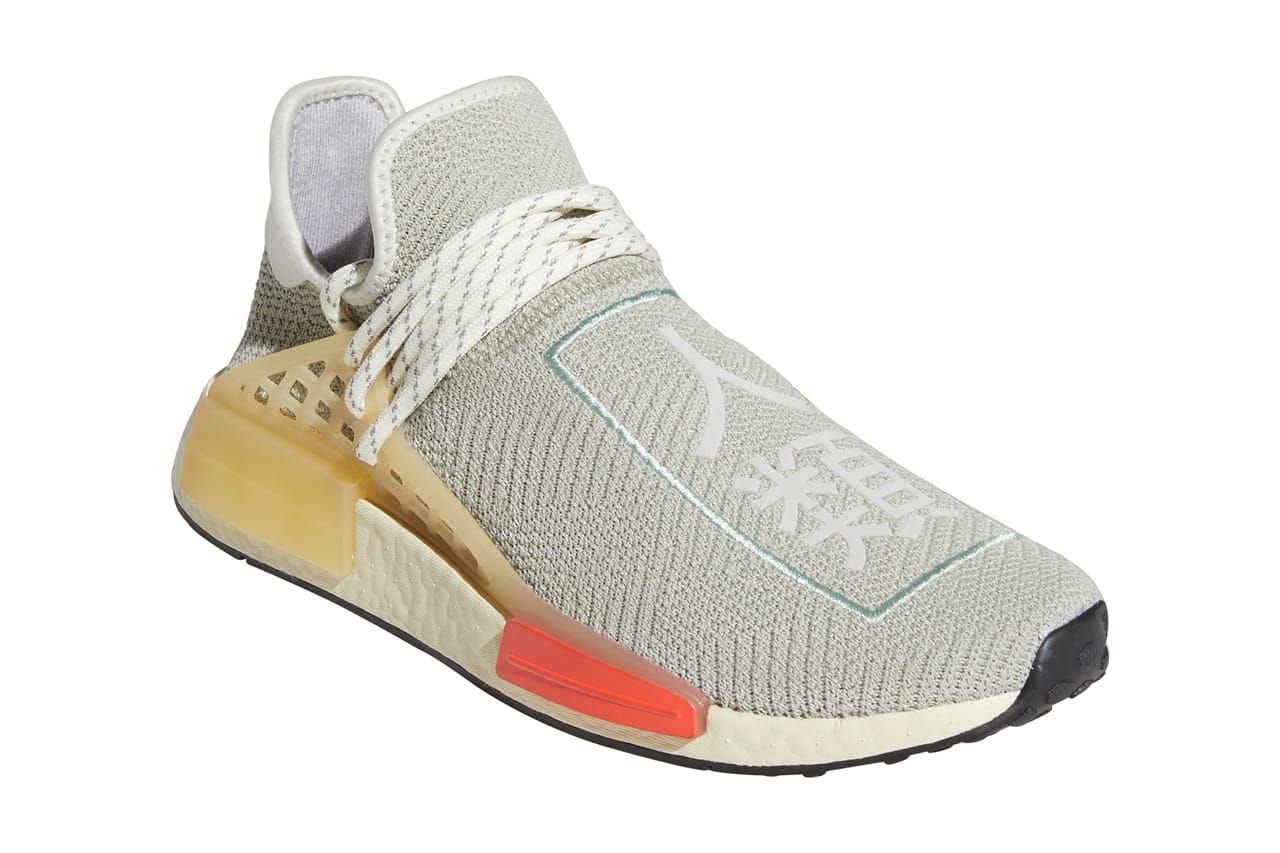 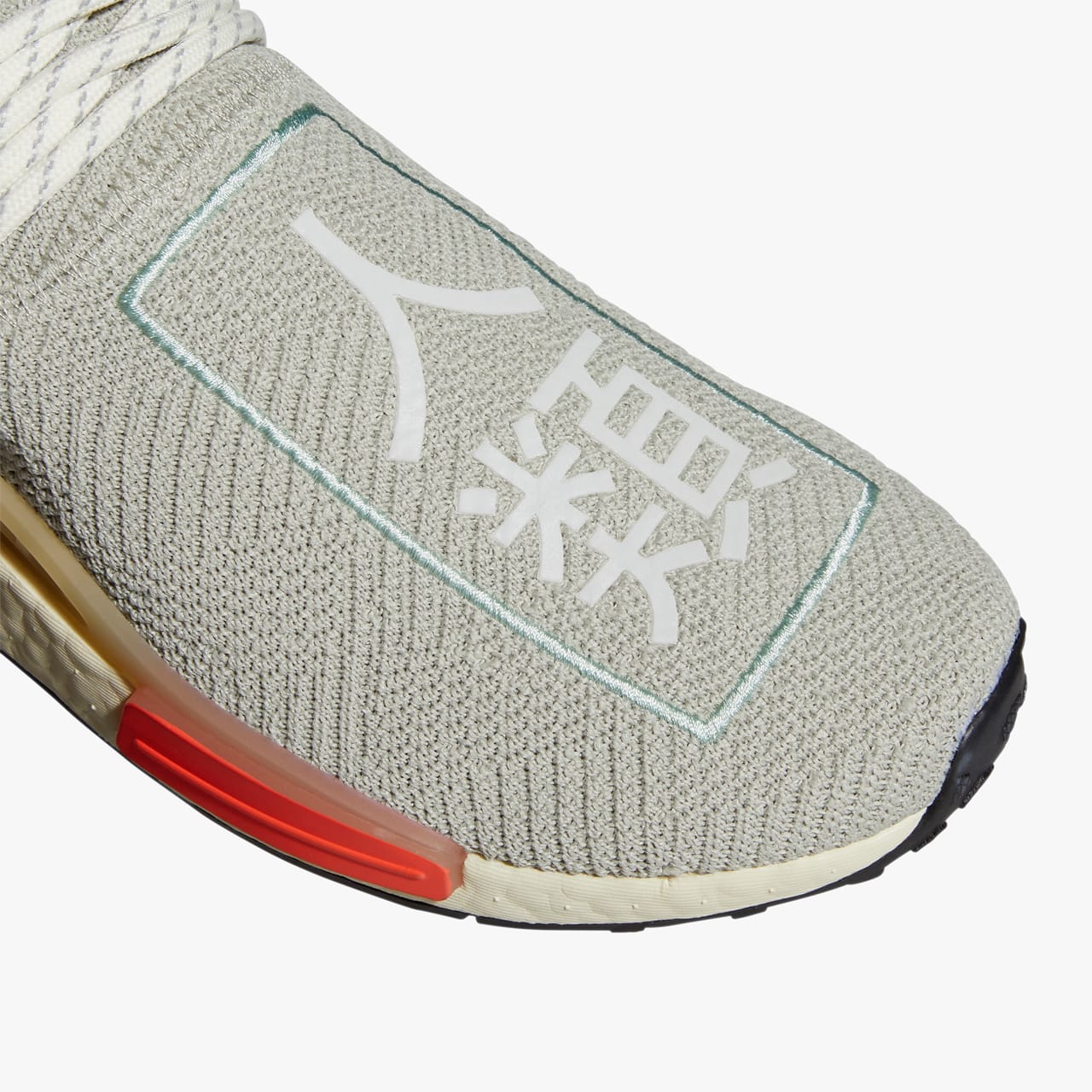 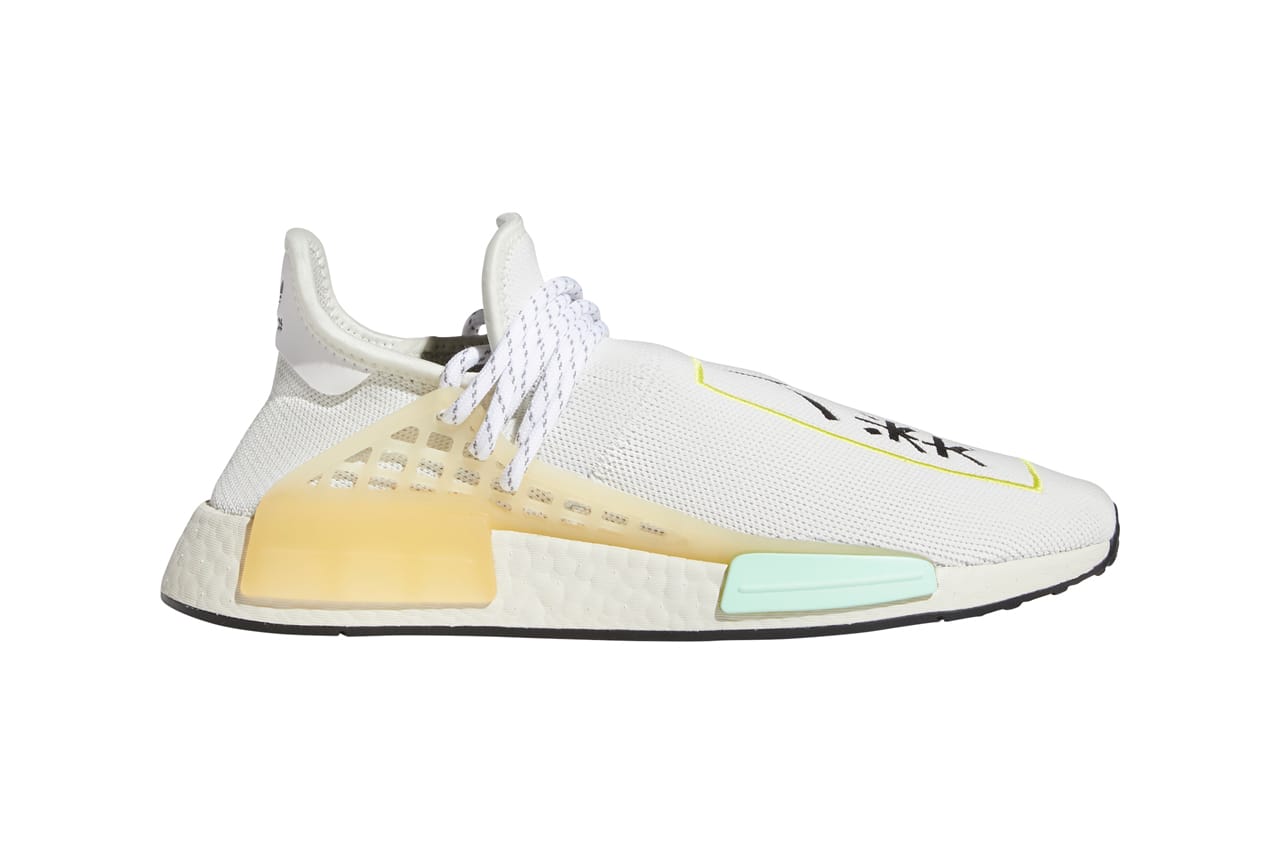 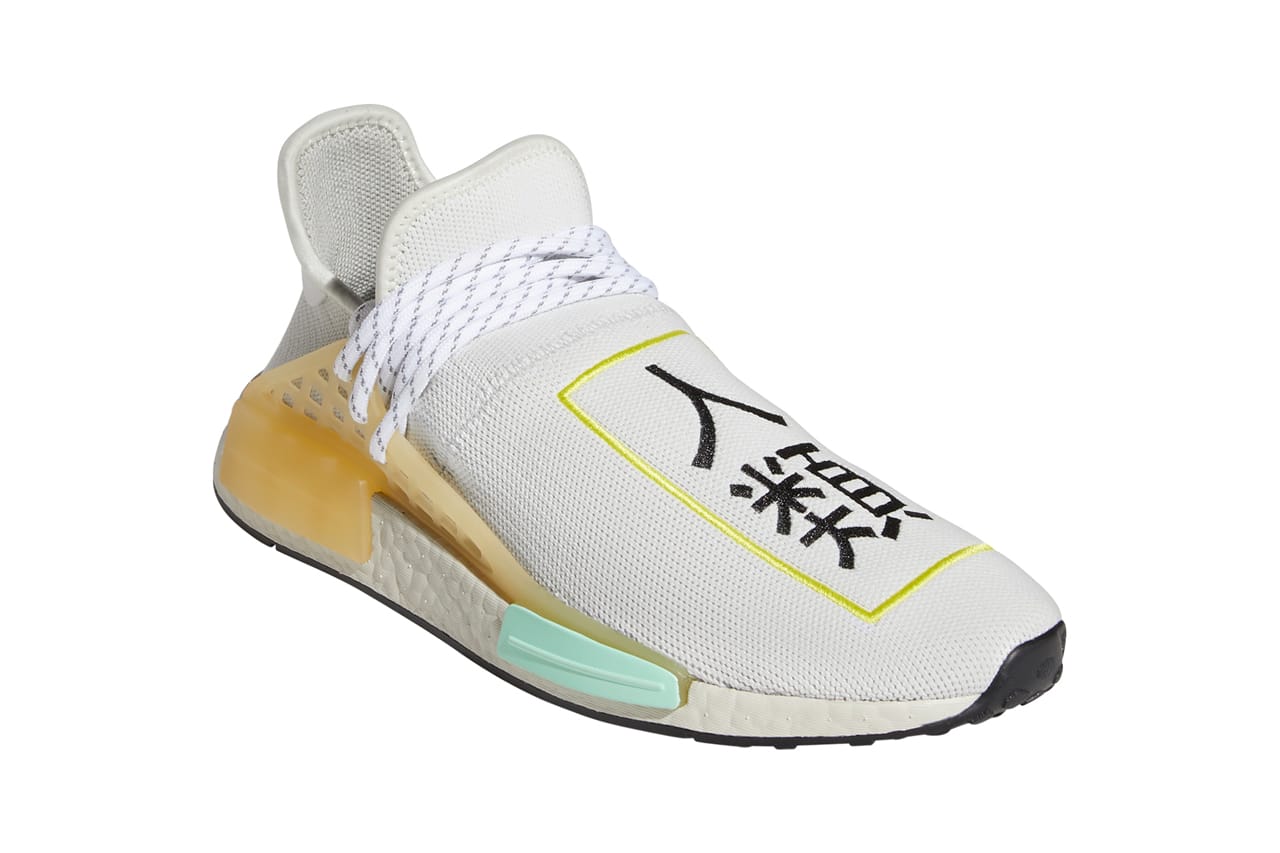 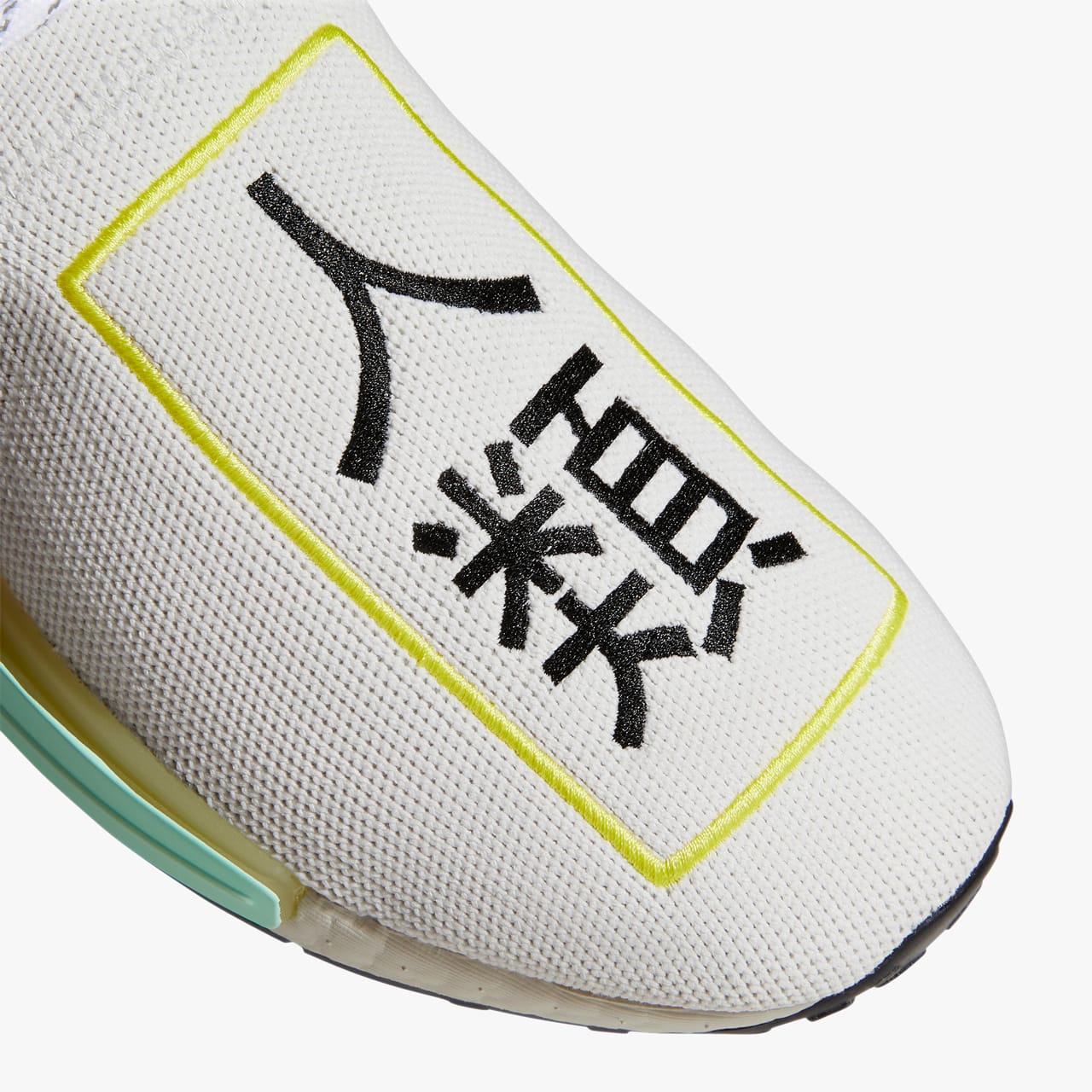 Three styles are available — a blue-green iteration with gray and mint embellishments, a gray pair with bright red and sandy tan accents and a white pair that uses mint and yellow ornamentation. Each also features a bold embroidered text hit on its forefoot: the first looks to Korean letters while the second and thirdpairs both feature Chinese characters. When translated to English, each reads “Human Race.” From a build standpoint, all three use engineered mesh for the upper, boast a full-length BOOST midsole and are completed by special insoles plus multiple lace options.

All three Pharrell x adidas NMD Hu “Human Race” colorways are set to release on October 25. The blue-green pair will be available globally through the adidas webstore, while the gray pair is exclusive to the CONFIRMED app in North America and the white pair will only be available in the Asia-Pacific region. The MSRP for each is set at $220 USD.