AS Sian Davies tries to concentrate on the job at hand, her mind drifts to what she’ll make for dinner and the need to paint the kitchen shelf.

The 62-year-old is in the middle of a marathon sex session with partner David Jones, 63, who can last up to five hours. 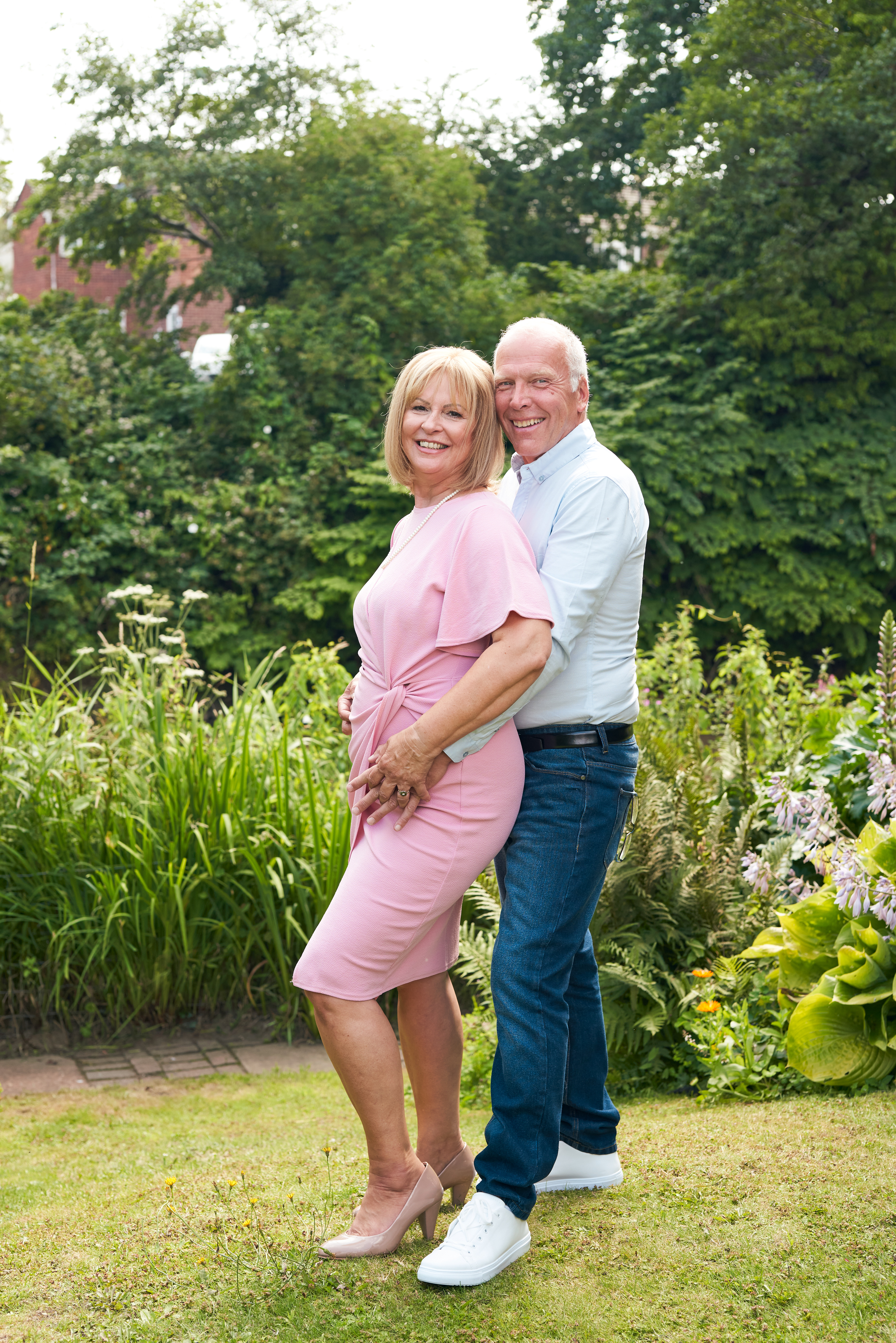 Retired teacher Sian, a mum of five and grandmother of six, met former police officer David at a bereavement support group in April 2016, the year after they had both lost their partners to cancer.

Two months later, Sian and dad-of-five David were dating — but when things turned intimate, she was in for a shock.

Sian says: “The first year, sex lasted up to five hours. The first few times were all-day sessions but obviously you can’t sustain that, so we’d have a rest in between.

“Having never experienced that with a man before, I got into a bit of a state — I put my back out and our responsibilities got thrown by the wayside.

“We’d start in the morning and by the end it’d be getting dark.

“We were regularly late for appointments. I couldn’t tell anybody the reason so I’d just say I forgot.”

The average man takes just four to ten minutes to climax, including foreplay and sex, with an orgasm normally coming two to three minutes after entering the vagina.

Most women take between ten and 20 minutes, with the majority requiring clitoral stimulation.

Sian, from Cardiff, says: “It is a marathon, to be honest. I have a problem with one of my knees and when it flares up, it doesn’t matter what position I go in, it’s agony. My hips take a battering, too.

"I’ve got a repetitive strain injury on my right hand, which I’m too embarrassed to speak to anyone about.

“I’ll have already orgasmed and I’ll be thinking, ‘How much longer?’. My mind wanders, which I do feel a bit bad about.”

‘NO POINT IN QUICKIE’

Sian says she and David fell for each other “hook, line and sinker” after losing spouses in the same hospice.

In January 2017, Sian sold her home and moved into the property next door to David.

After five years together, during which time they have mostly had sex every day, she’s now much firmer and will tell David when it’s time to give up.

She says: “David can sometimes orgasm after half an hour. But other times, it goes on and on.

"I’ve got it sussed when it’s going to take ages and I just say, ‘That’s it, you’ve got to stop’, after an hour.

"We’re getting older so I do need to be careful — I don’t want my injuries to get worse.

“He’s a fantastic lover so I can’t complain too much. He’s very caring and considerate. If I say, ‘No, that’s enough’, he’s not pushy.

“To anyone who wants their partner to last longer, I’d say, ‘Be careful what you wish for’.

“I’d ideally want it to last 15 to 20 minutes max, including five to ten minutes of foreplay. That’s the best bit.”

David says: “I don’t see the point in having a quickie. I’d rather take my time and enjoy the experience.

“For me, the ideal time is an hour to an hour and a half. But if Sian says, ‘I’m shattered’, then we’ll stop. I don’t get offended, we can always try again tomorrow.”

Generally, we associate longer sex with better sex. But in reality, that’s not what most women want.

In one study, sex therapists agreed that “desirable sex” should last seven to 13 minutes, while sex that lasted ten to 30 minutes was too long.

An Australian survey found 16.07 minutes the ideal amount of time.

I TELL HIM TO FINISH FAST BEFORE LOVE ISLAND’S ON

FOR estate agent Annie Smith-Rees, 29, time is of the essence when it comes to sex with her partner.

Annie reckons the stamina of Joshua Waters, 29, a carpenter, interferes with her reality TV schedule — and even makes her late for work. 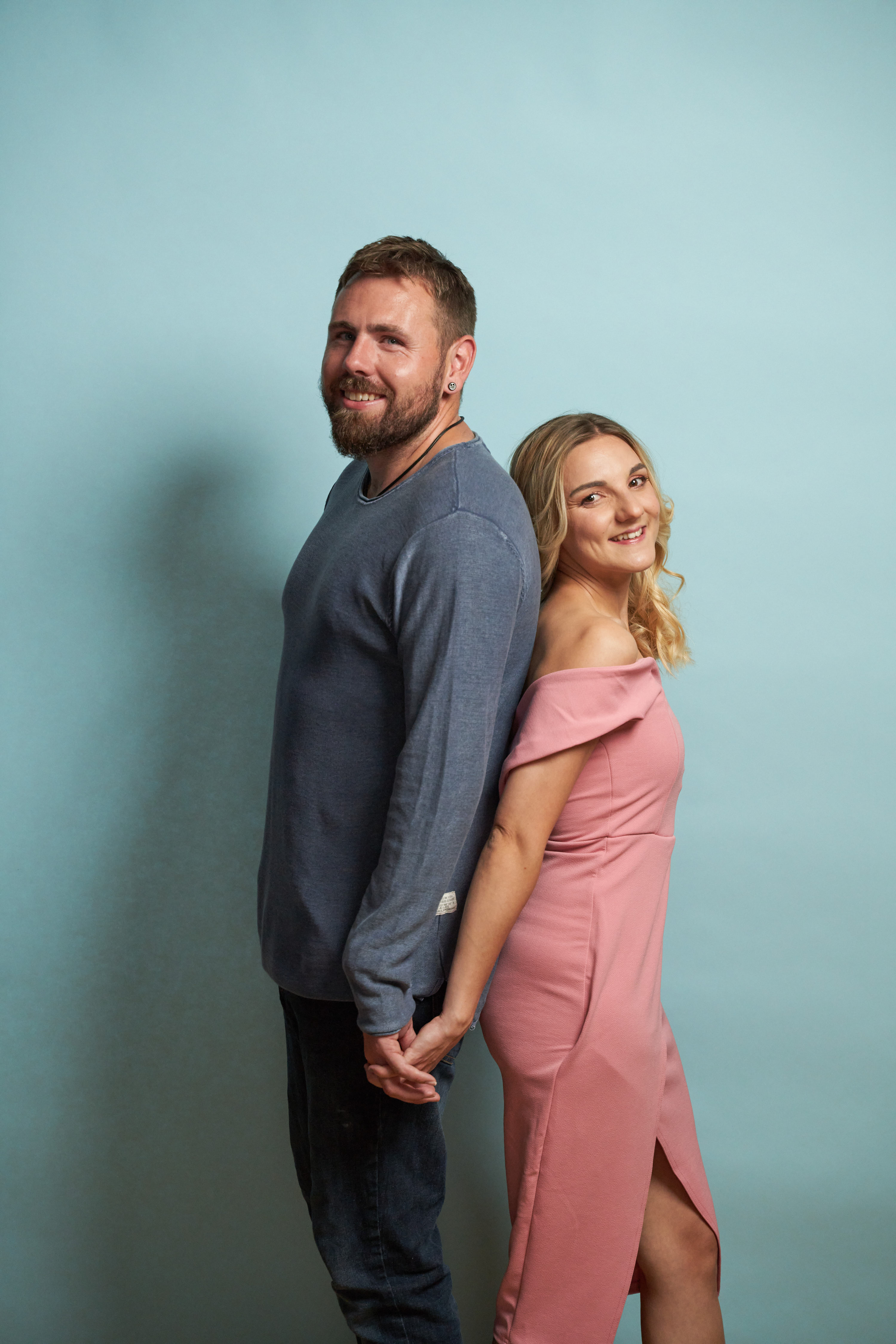 She says: “Joshua and I have a great relationship in the bedroom. We make love up to five times a week and he can last for an hour and a half.

“But sometimes he doesn’t realise when it’s time for a quickie.”

The couple, who live in Barry, Glamorgan, met online through a backpackers’ Facebook group in August 2016.

Joshua was visiting Australia, while Annie was planning her own trip there. So they started messaging and speaking over FaceTime.

When Joshua moved on to New Zealand, Annie flew halfway round the world to join him on his travels.

She says: “It was scary but I went with my heart. We met in person for the first time in November 2016 and I moved straight into his flat.

‘SCARED TO ADMIT IT’

“The sex was amazing and we knew we were in love from that first meeting. Within six weeks we discovered I was pregnant, so we moved to my home town of Cardiff in April 2017.”

In October that year, they had daughter Isla, now three.

Annie says: “I first told Joshua to wrap it up midway through sex about two years ago. I’d already climaxed and could tell he was going for a long performance.

“But I needed to catch up on emails and do household chores. I remember blurting out, ‘Babes, finish up now, will you?’.

“Josh looked surprised but did as I asked. More recently, when 9pm is approaching, I’ve had to tell him to, ‘Finish fast before Love Island starts’.”

“As busy parents, longer sessions aren’t a priority for me any more. My mind starts drifting to stacking the dishwasher or work stress.

“If we’re getting passionate in the morning before work, it needs to be a quickie or I’ll be late.

“Joshua is a great lover but I’ve told him longer doesn’t necessarily mean better. Many of my friends feel the same but are too scared to admit it.”

Josh says: “When I was a teen, I was a fast finisher. So now I always try to go for as long as possible by changing up positions.

“Annie’s requests don’t bruise my ego in the slightest — although I do joke that she prefers Love Island to me.”

IS HE SLOW TO PLEASE YOU?

"It’s a myth that women want sex to go on and on so that they can climax. It will only leave her sore and exhausted. A quickie can be more satisfying.

The key to being a good lover is not to go at it for hours but to spend more time on foreplay, as women are more likely to orgasm with clitoral stimulation.

Only 30 per cent of women orgasm through intercourse alone.
Lots of men delay ejaculation for the pure pleasure of making love to someone they love.

They might be close to their own climax after a few minutes of intercourse but slow things down so their partner can catch up.

He can put off his climax by “edging”. That means building up to a climax before pulling out at the last minute. Skilled operators can do this several times, teasing their lover until they are ready to climax together.

However, in reality, many women only want sex to last around 19 minutes – ten minutes for foreplay and nine minutes for intercourse. They don’t want it to go on and on.

If you think your partner lasts too long, have an honest conversation with them about it. He might simply be trying to last longer for you.

Or there could be something else at play. It is worth remembering that sex changes as we age. Men tend to last longer and need more stimulation than when they were younger.

And some men suffer “delayed ejaculation” – a repeated and unwanted delay lasting 30 to 60 minutes. If so, he could speak to a GP."