CHOOSING your baby's name is a notoriously difficult decision.

But this mum says her husband didn't fret over it for days – naming their baby while she was passed out after a horrific labour. 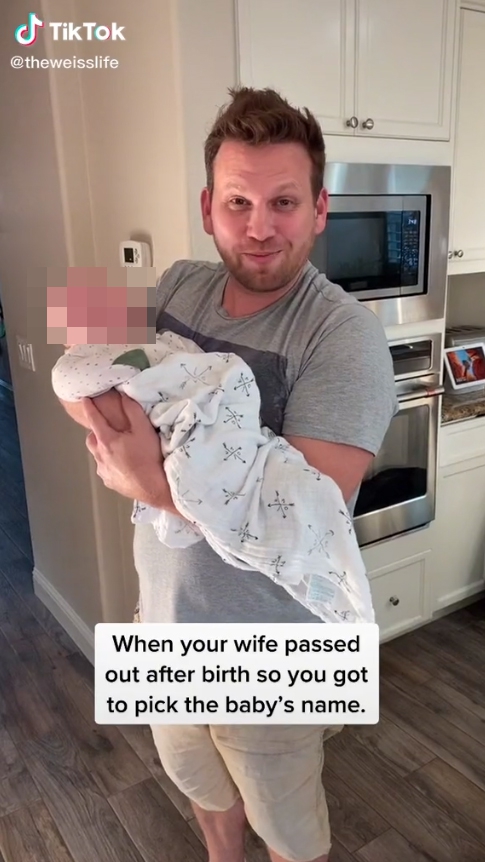 And that's not all, as now the family are constantly trolled over his choice, with other mums admitting they'd be fuming.

Melissa Weiss revealed all on her family TikTok page, with her husband Jeff initially miming a scene from noughties movie Superbad – in which nerdy high schooler Fogell gets a fake ID – to tell the story.

In the clip, he is mocked by his friend for choosing the ridiculous (and unbelievable) name McLovin – but grins: "They let you pick any name you want when you get down there."

Jeff captioned the clip: "When your life passed out after birth so you got to pick the baby's name…

"This is actually how we ended up with our baby’s name" accompanied by the crying with laughter emoji.

The clip soon went viral, racking up 1.8 million comments, and people were horrified.

One woman commented: "If my hubby named our baby something I didn’t want I would prob divorce and change that bebes name".

Another said: "I would’ve so quickly went to court to change that name I would be so mad at you".

And a third viewer wrote: "maybe y'all would be okay with this but i feel this is insanely disrespectful and i would be livid, taking advantage of a traumatic labor for a name?" 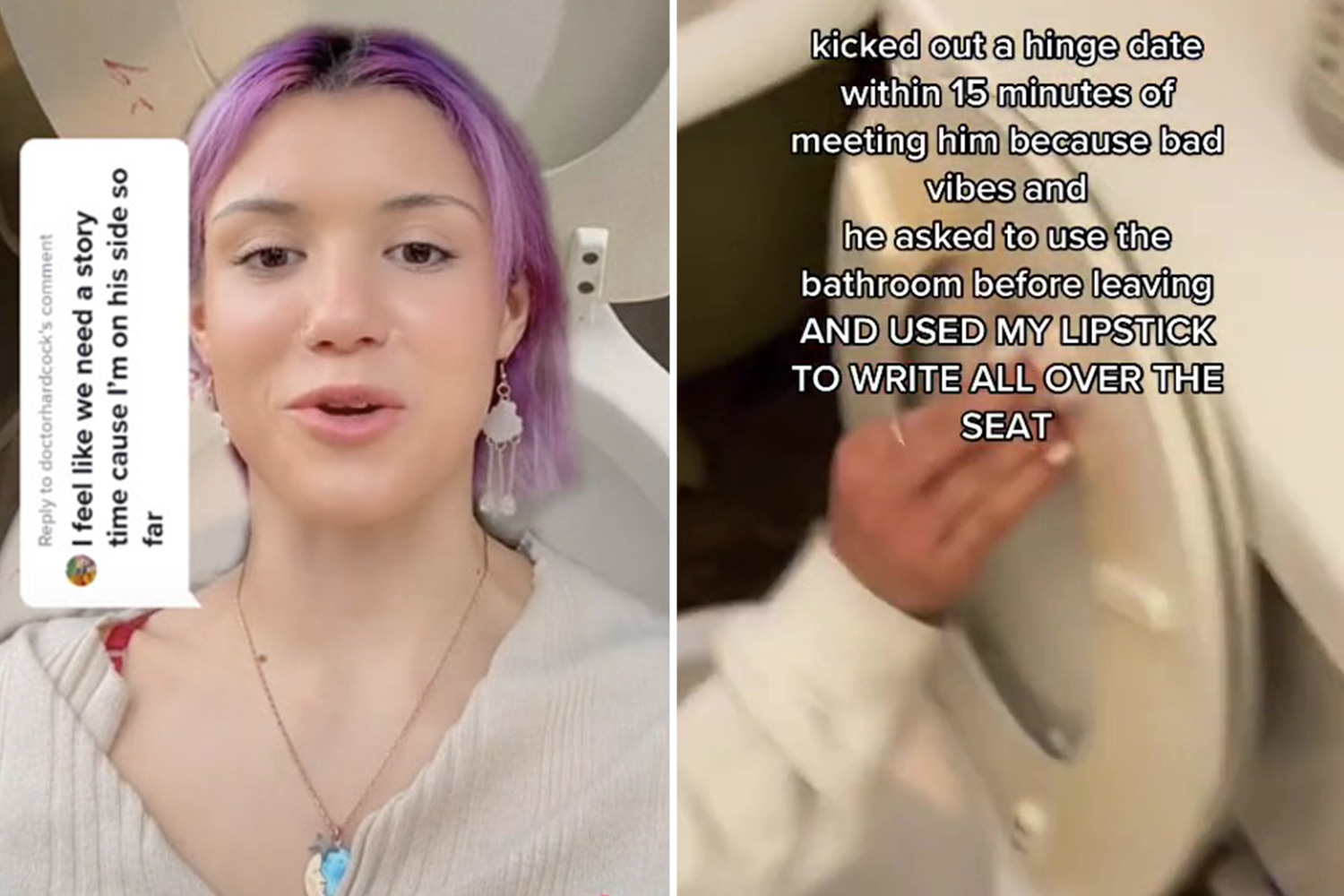 I kicked a guy out my home, he’d left me a weird message in a surprising place 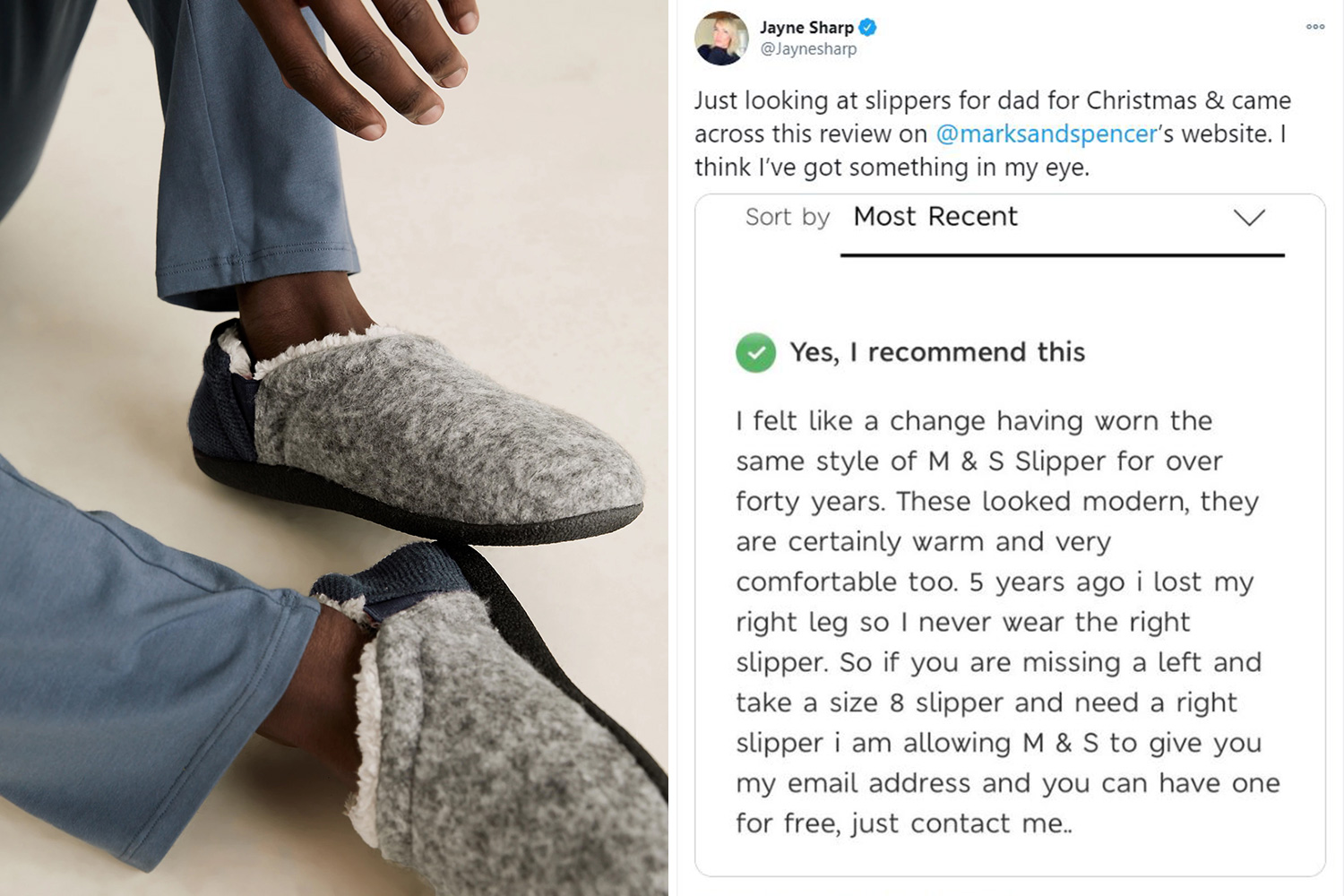 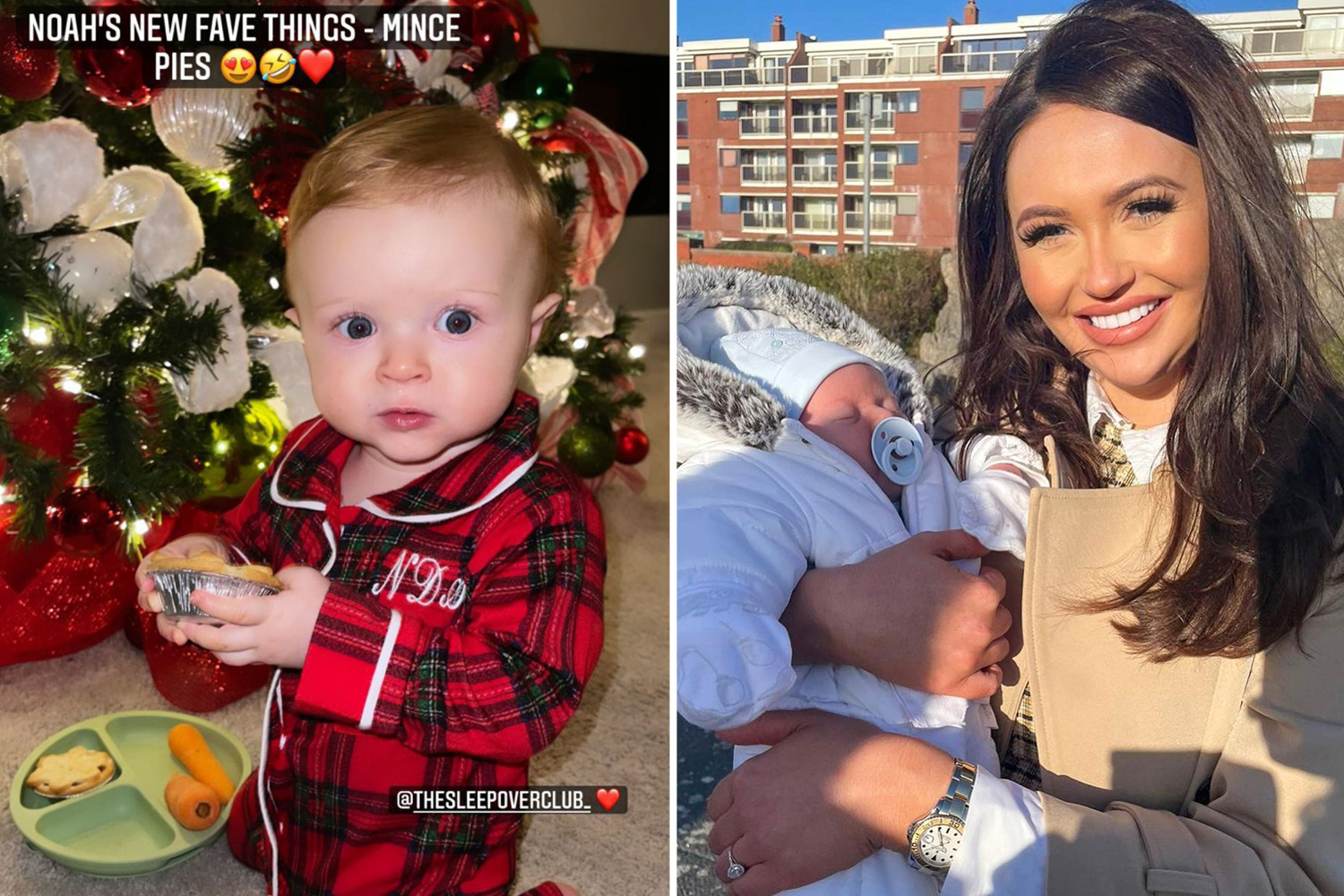 The baby is their six child and he's a little boy called Jagger.

Because of the furore, Melissa did a follow up video where she responded to another comment, asking: "I don't get how ur laughing… I'd be absolutely furious".

In the clip, she says: "A lot of people were pressed in the comments, saying how could I let my husband name the baby while I was out of it or passed out? So I thought I'd give you guys a little bit more info about it."

Melissa explains how she had a high risk pregnancy, followed by an emergency induction at 38 weeks.

She adds: "During my labour, I was on all sorts of drugs, I was so out of it, so loopy.

"The labour lasted for days and it was terrible and then when the baby came, he had to go to the NICU right away and so Jeff went with him, while I was with the doctors and nurses and they were trying to take care of me.

"Six hours after, as literally after having him I was passed out, we were reunited.

"And Jeff comes in with Jagger and says 'I think his name should be Jagger, I think it fits him'.

"I was still really loopy at that point in time because the drugs took forever to wear off, so I didn't really know what to do.

"Because that was a name that, while we had discussed it, it definitely wasn't at the top of our list." 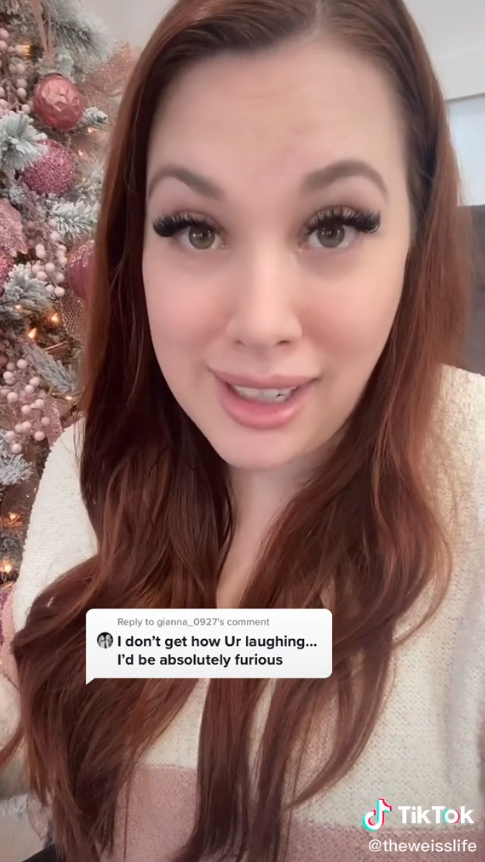 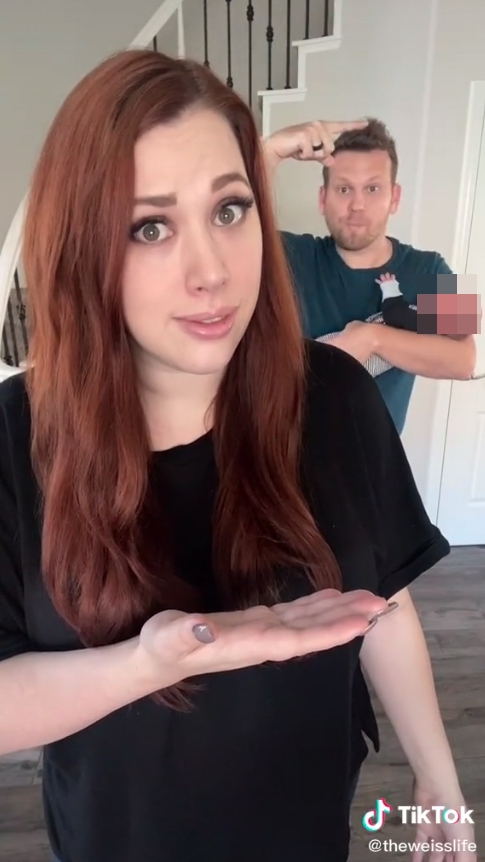 The family ended up being in hospital for a week so they took a couple of days to think it over, with Melissa saying: "We both ultimately decided that that was the best fit for him and we ended up naming him that.

"So it was pretty funny and yes, my husband did come up with it, it was definitely not the name I thought we were going to use going into the hospital that day, but we're really happy with it and I think it fits him."

But her explanation hasn't stopped trolls coming for the family, saying: "It sounds more like a name for a dog rather than a name for a human".

One commenter wrote: "it’s your first boy why didn’t you give him a decent name?"

While a second said: "It's because people just KNOW from experience he's going to get bullied. Does it make it right? NO.But it's 9/10 gonna happen unfortunately".

Others said they love how unique the name is and implored trolls to mind their own business.

In more naming news, this mum is trolled for "giving her baby a boy's name", while this mum is told her baby's name sounds like "fart" and is "ugly" by bullies. 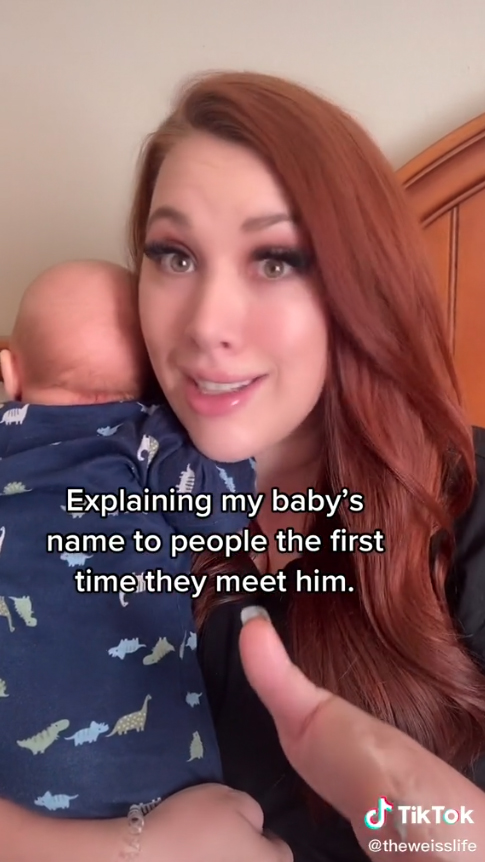