A MUM has spoken out against trolls who targeted her daughter for her extreme make-up.

Sam often shares videos of her daughter Ash’s incredible goth looks on her TikTok account, but unfortunately the teenager is often a target for cruel trolls. 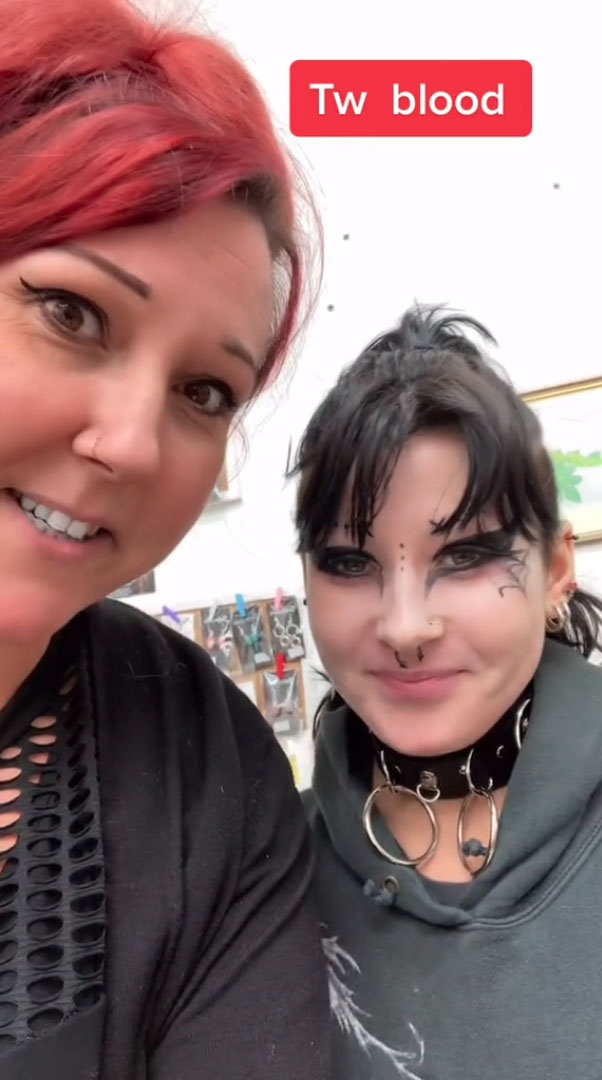 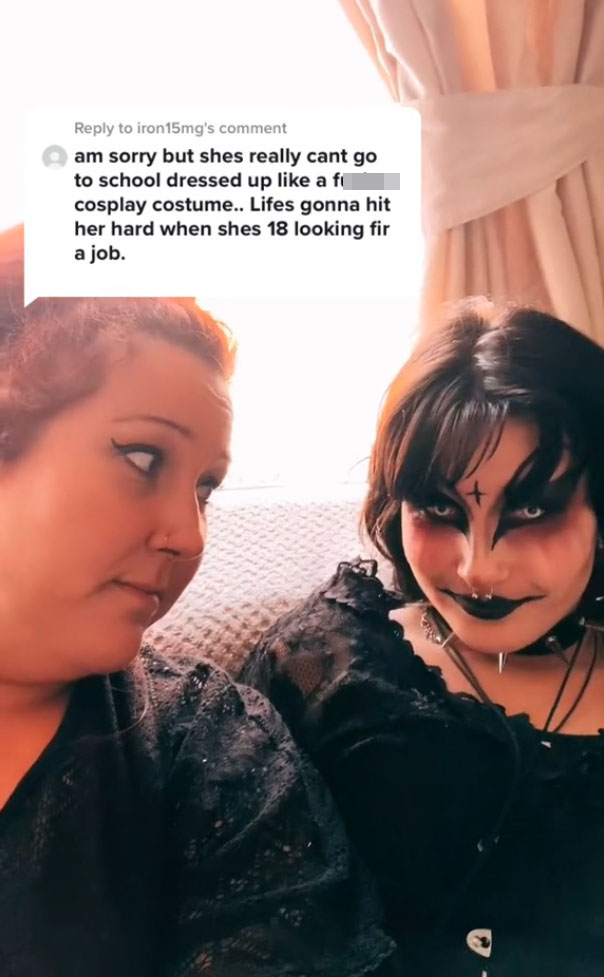 However, Sam is always quick to jump to her defense, recently sharing her response to a viewer who claimed that Ash would struggle to get a job and she shouldn’t be dressed in ‘cosplay’ for school.

Speaking in her video, Sam said: “One she goes to a British secondary school so she has to wear a school uniform.

“I’m so proud of you, you’re always going to get haters like this in your life sweetheart but just remember you got us.”

I was trolled over my small boobs before op, says Love Island’s Molly Smith

The video has since garnered over four million views, with Sam’s followers turning out to praise the teen’s unique style.

But while Ash’s aesthetic has received plenty of praise, her mum reveals that she often received cruel jibes from strangers on the street.

“People can be mean to her,” Sam explained,  “The adults tend to be the worst. She’s had adults actually spit at her, point and laugh and say ‘what does she look like?’”

But Ash, who has been a goth since she was ten, feels she has all the support she needs from her mum.

Ash says: “She’s very supportive, she lets you dress how you want, she lets you get piercings, she accepts everyone for who they are.”