She wore a pale pink jumper from Ralph Lauren under the look, along with Manolo Blahnik pink stilettos.

To accompany the look Melania wore her caramel coloured hair in a bouncy blow dry.

She wore fairly heavy eyeliner and a slick of pink lipgloss to finish off the look.

Melania wore this suit before, to the State of the Union in January 2018.

Pale pink Manolo heels are selling for around £550 online.

Melania Trump stepped out as Justin Trudeau’s mother addressed a friendly kiss between the two. 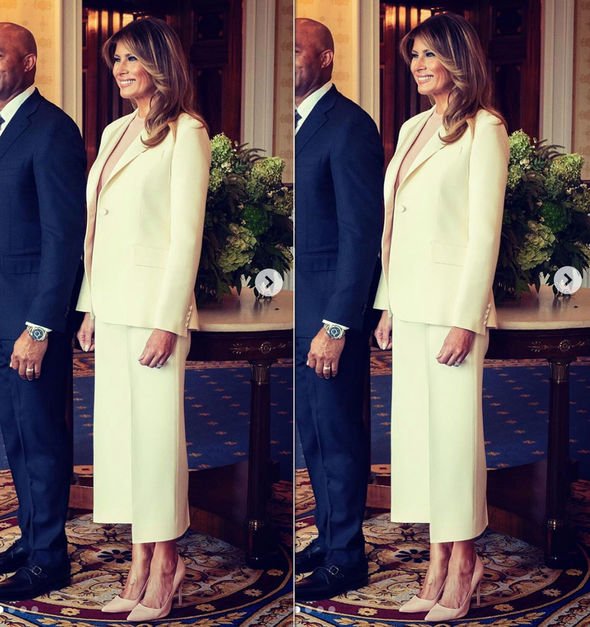 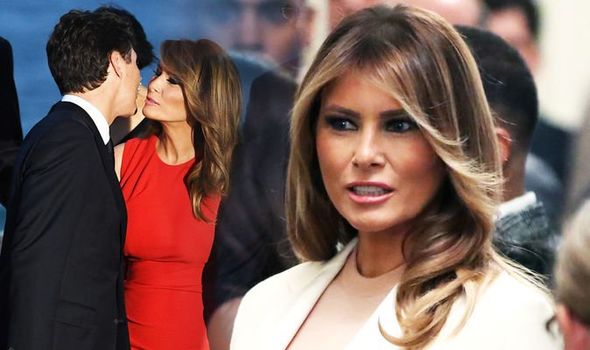 The US First Lady and the Canadian Prime Minister shared a greeting kiss on the cheek, which went viral.

Now Trudeau’s mother has said “the photograph was cute.”

Ms Trudeau added: “Donald Trump was right in front of Melania, she was getting ready for a cheek-peck I guess.

“They have met before. They have a friendship.”

She also said Mr Trudeau and his wife Sophie “like Melania very much”.

A body language expert analysed the Melania and Justin Trudeau kiss for Express.co.uk back in August.

She said: “It’s only the camera angle”. 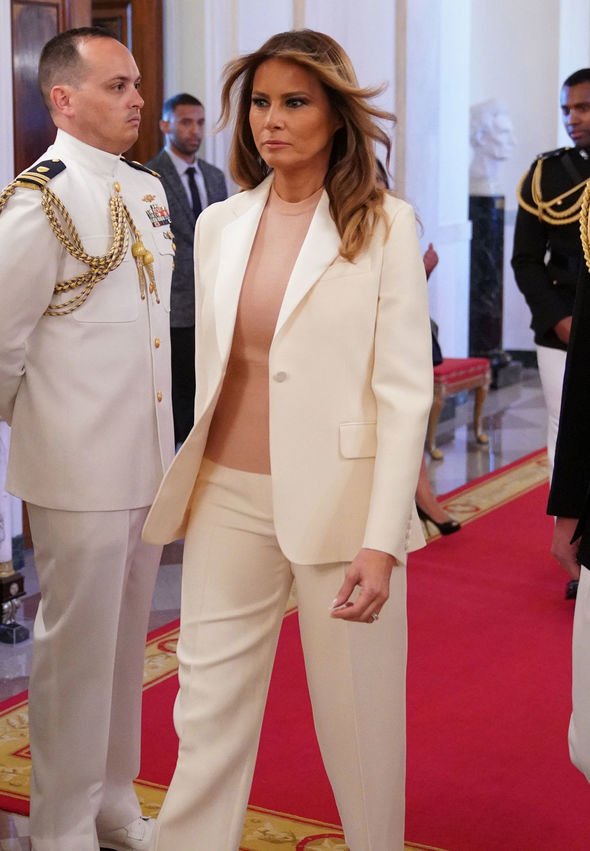 Judi James told Express.co.uk: “The trouble with air-kisses is that they do look dramatic when frozen for a photo.

“Melania was clearly just aiming for Trudeau’s cheek for a pitch-perfect ritual and it’s only the camera angle that makes it look like anything more romantic!”

Melania Trump’s Twitter account caused outrage when she announced she would be attending the grand re-opening of the Washington Monument on Thursday.

Melania tweeted: “Looking forward to helping reopen one of our many historic treasures, the Washington Monument, here in the nation’s capital next week!”

It was met with a mixed response from Twitter users, as some used the social media site to share their disdain in the First Lady.