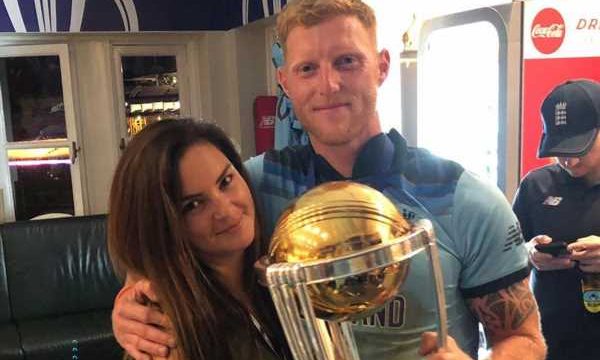 YESTERDAY was a glorious day for cricket as Ben Stokes staged a heroic one man stand to lead England to an incredible Ashes comeback.

But along with being an England sporting hero, the vice-captain of the England Test team is also a devoted husband and family man with two young children. 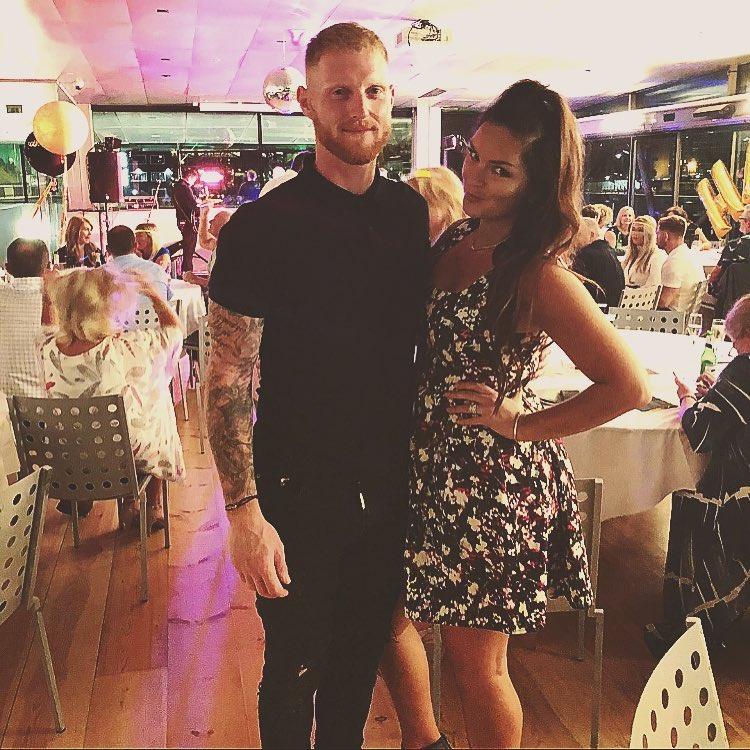 Here Fabulous Digital takes a look back at his relationship with his wife (and first love) Clare – the former primary school teacher turned glamorous WAG who bowled over the star when he was just 19.

Clare's dad Arthur was a cricket fan from Manchester who supported Lancashire – and always told her that she should marry a cricketer.

It was during an August 2010 family trip to watch Lancashire v Durham at Old Trafford that Clare caught her future husband's eye.

New Zealander Ben recalls in Firestarter: "I noticed her, she noticed the name on the back of my shirt, and before the end of the game she was submitting a friend request on Facebook." 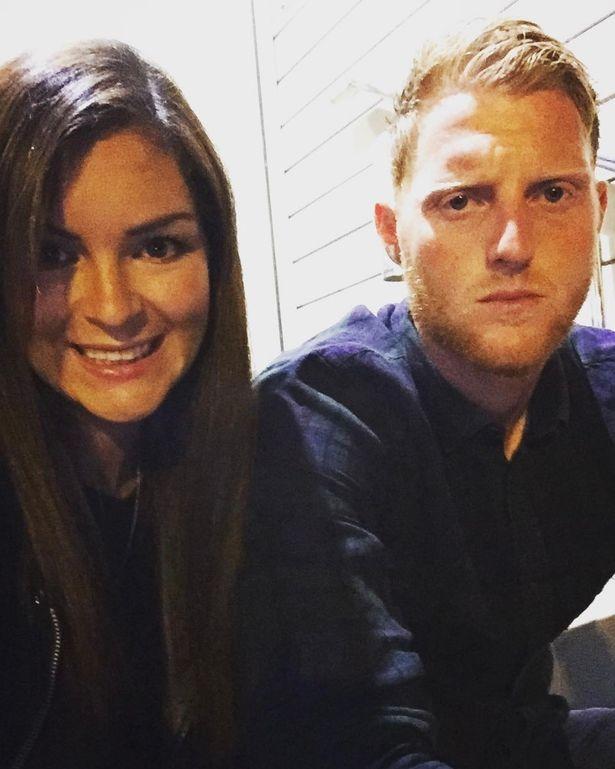 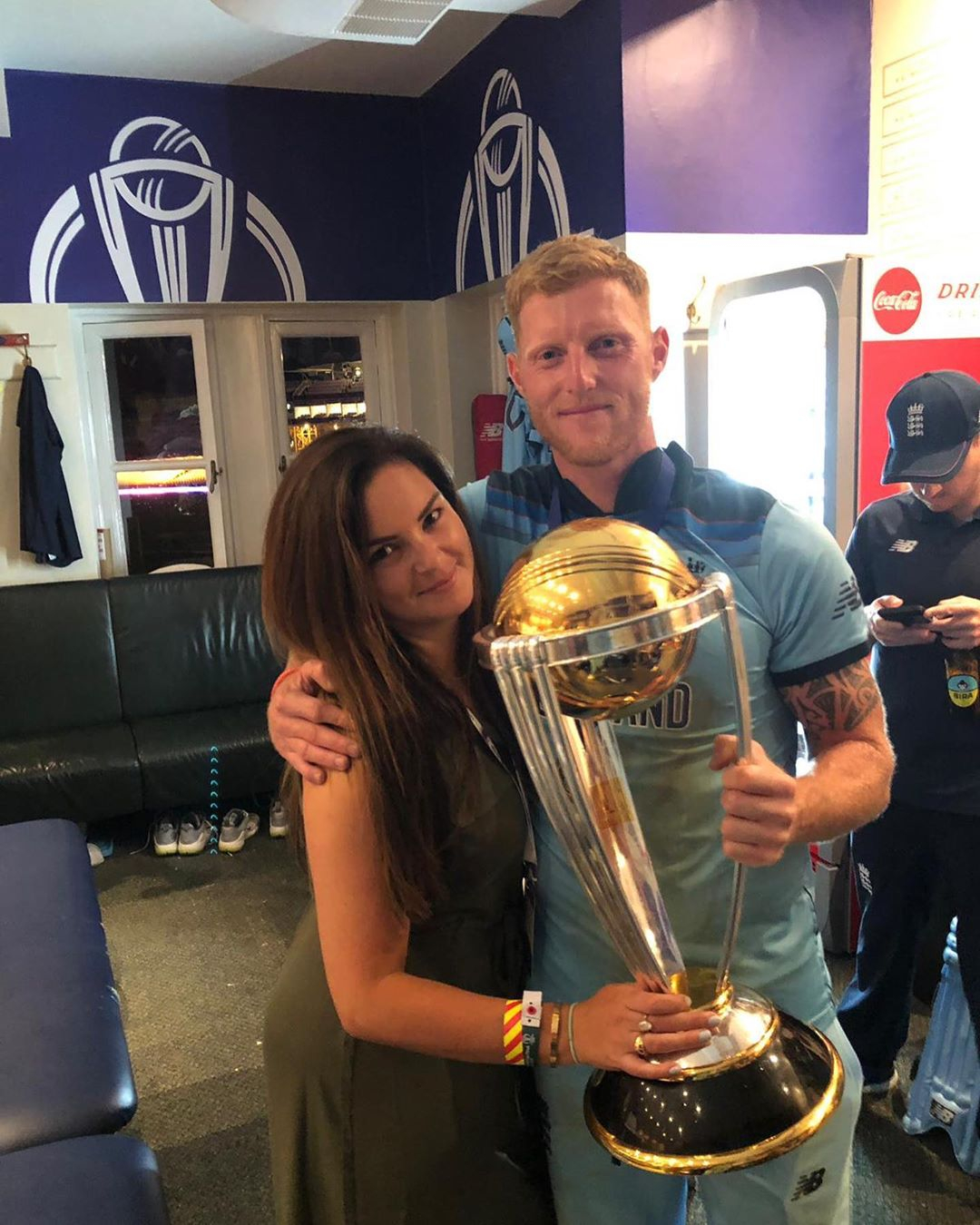 At first, the young couple had a long-distance relationship as Ben was living in Durham, while Clare was studying for her PGCE in Taunton, a 640-miles round trip.

"I was only 19, and wasn't necessarily looking to settle down," says Ben. "But we enjoyed being around each other and made it work."

Five months later, with Ben about to go on the England Lions tour, Clare asked if they were boyfriend and girlfriend.

He said he'd changed his status on Facebook to "in a relationship".

"That makes things official, doesn't it?" says Ben. "Well it did as far as we were concerned. I am an instinct kind of person: being with Clare felt right."

Ben, who is said to be worth £10m, dedicated his 2016 memoir, Firestarter, to Clare, saying she has supported him "through good times and bad" and "puts up with my mood swings – especially through the summer".

There was beer in the trophy!!!hes starting young #champions

There was beer in the trophy!!!hes starting young #champions

Ben wasn't ready for Clare's phone call out of the blue, to say that she might be pregnant in the spring of 2012.

"I was still young, we lived hundreds of miles apart and I was still living out of a suitcase," says Ben, who was also worried about what both his and Clare's parents would think.

However, Ben's fears melted away after Clare took a positive pregnancy test on Mothers' Day.

"It was an amazing feeling – pure class," he says.

Layton was born in October 2012, when Ben was 21 and loved to go on wild nights out, but said that his son's arrival turned him into "a family man" who was growing up fast.

"Kids offer you a release for angst and frustration," he says. "And Clare is brilliant when she knows things haven’t gone well. 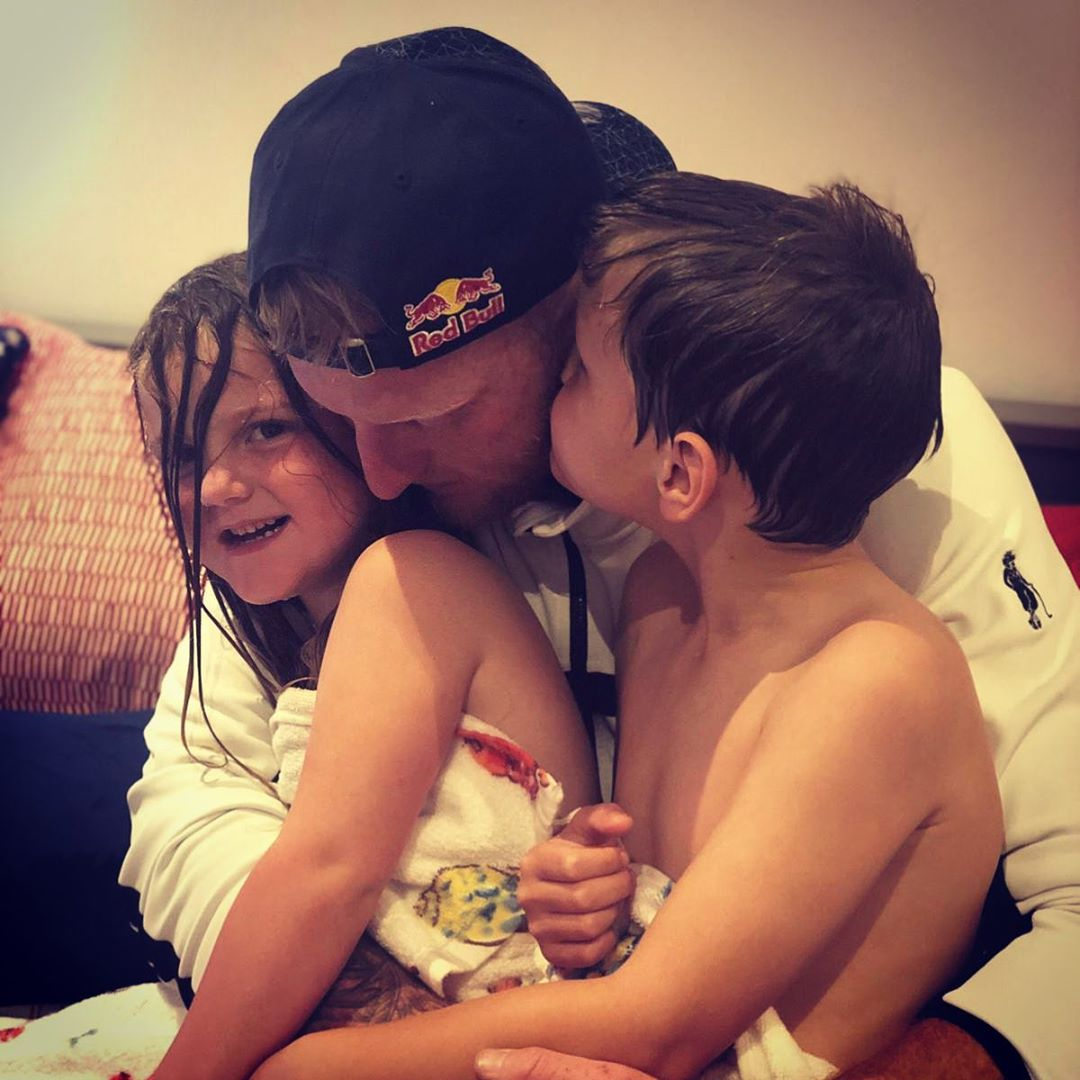 "She will keep Layton up if I am due home and his excitement at seeing me completely changes my mood if I’ve had a cr*p day."

Second child Libby followed in 2014 – and Ben and Clare have no regrets about being young parents.

Party-loving Ben says: "Getting the kids out the way early in life means we can all head to Ibiza in the future and hang out together."

Clare and Ben announced their engagement in a Somerset local paper in 2013, shortly after her father sadly died from cancer.

The couple had a four-year engagement, with Clare spending her hen weekend in Manchester with several close female pals.

Pics from the celebrations were captioned with hashtags #lastbenderbeforeben and#prebenbender.

Ben, meanwhile, had been warned by his mum, Deb, not to get too rowdy the night before their wedding so spent it playing X-box with his pals. 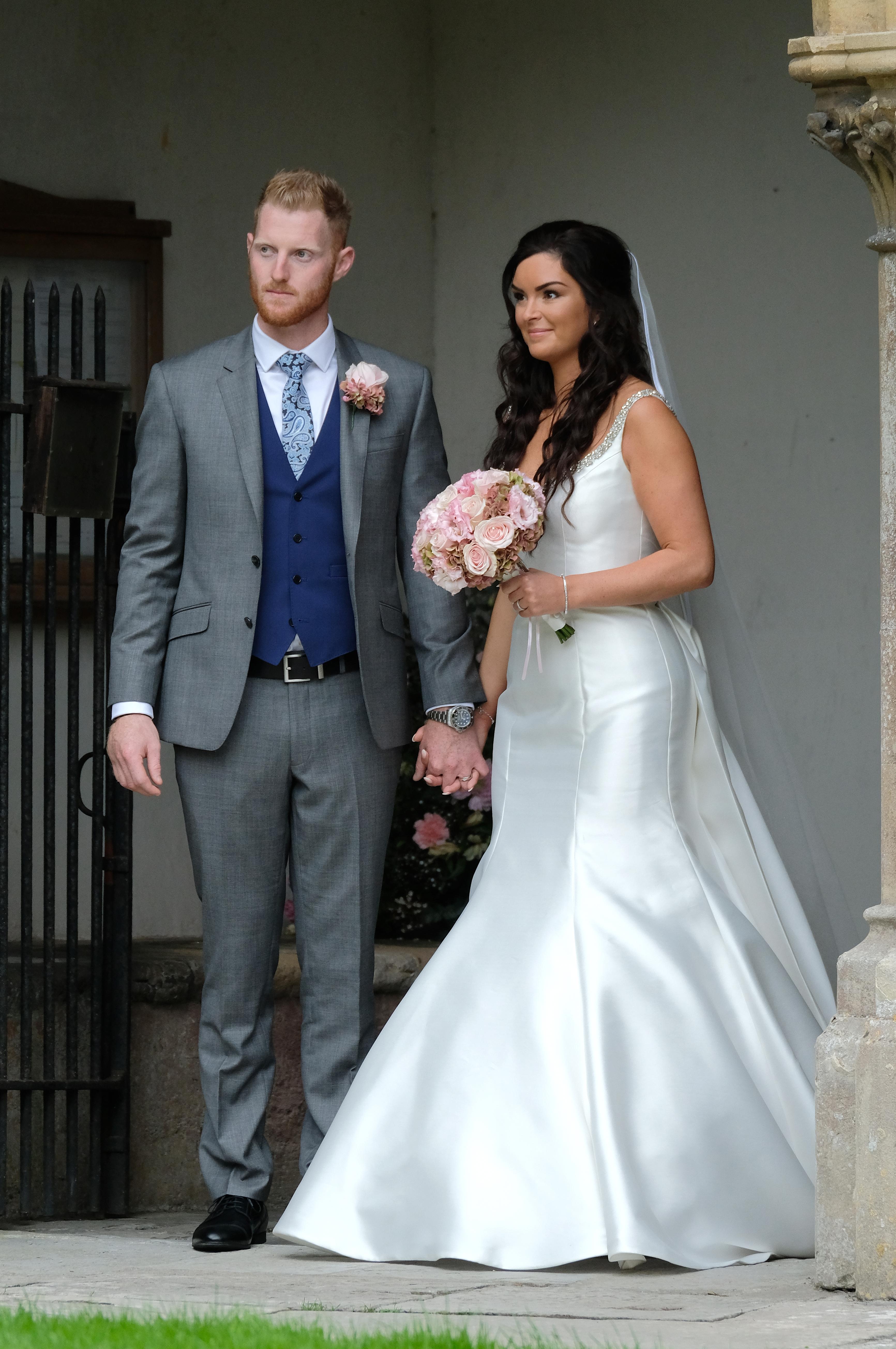 Bambi and bandage at the wedding

The couple's wedding took place at a stunning church in Somerset in October 2017.

One friend sang the Cyndi Lauper's Time After Time, while the lyrics of "Love Is a Song" from the Disney film Bambi were read during the traditional ceremony at St Mary the Virgin church near Weston-Super-Mare, Somerset.

The couple had a whopping 400 guests to their raucous evening reception at a nearby manor house. 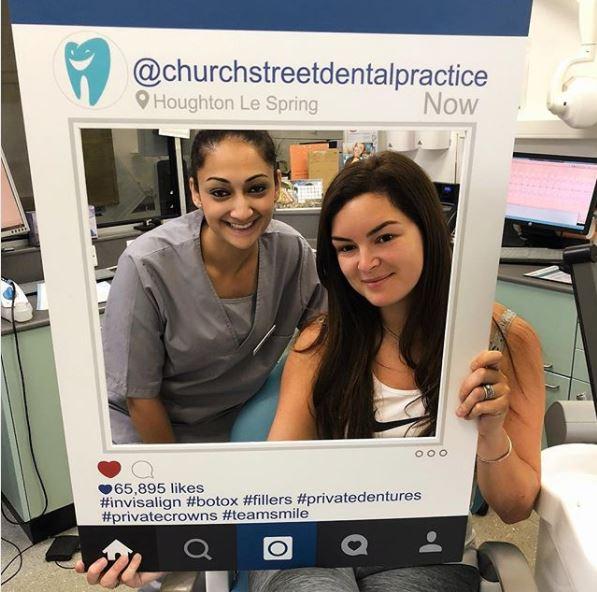 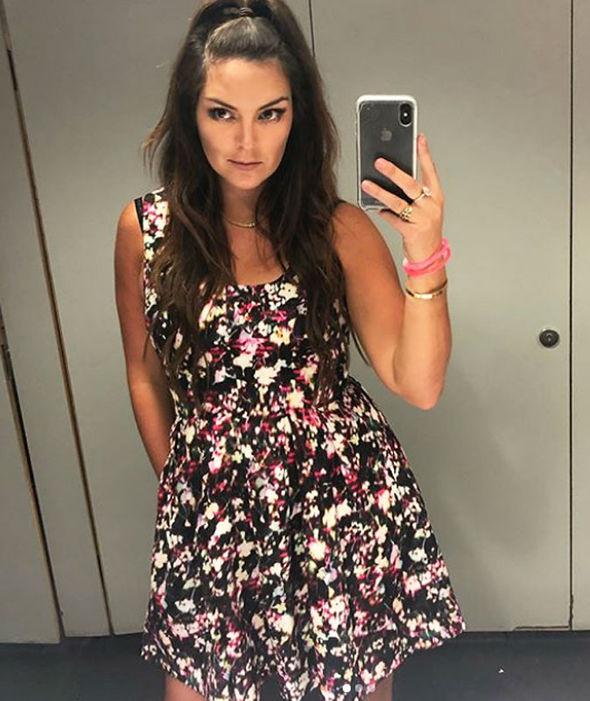 A penchant for Botox and wine

According to her Instagram, Clare is a major fan of having beauty treatments, with posts showing her having false eyelashes applied and her eyebrows tinted and shaped.

And in her most recent post to her 16,000 social media followers saw her praising the £150 Botox she received from a salon in Durham.

Clare has said on Instagram that she has the skin condition psoriasis, and uses coconut oil to combat the flakiness.

And while her hubby is known for his love of Jägerbombs, his wife has more refined drinking tastes.

She's a big fan of wine and fizz, and has been known to share wine memes, including ones featuring Eddie and Patsy from boozy comedy Absolutely Fabulous, on her social media accounts, as well as regularly posting pictures of herself swigging away.

Last year Ben earned a lucrative deal with the Indian Premier League, amounting to £1.7m – and Clare has enjoyed the fruits of her husband's pay cheque.

While they've travelled to Barbados, Lanzarote and Durban, South Africa with their brood, Disney super-fan Clare and her husband are more likely to take their children on holiday to Disneyland Paris. 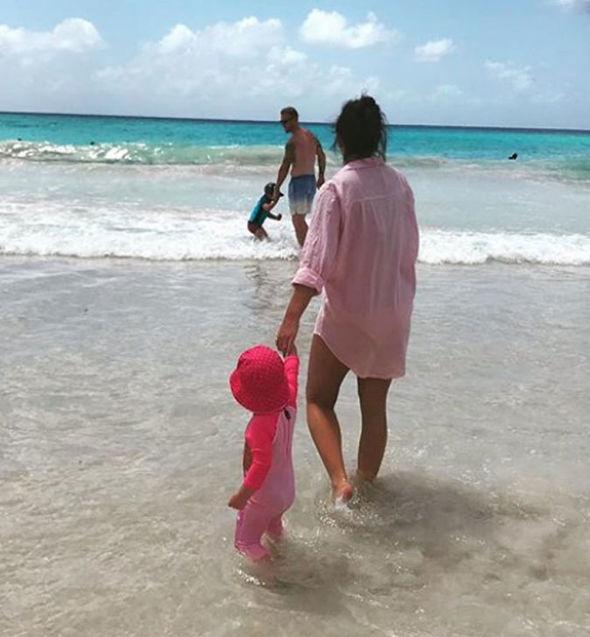 Clare loves the cartoon films, and has posted several Disney-related photos on her social media feeds, including shots of her posing in Minnie Mouse ears.

The couple have holidayed in exotic locations such as Barbados with their kids.

Ben had a phoenix tattooed on his arm.

He says Clare thought it symbolised him perfectly: "Whenever I'm down, I always try my best to get back up – to rise again".

Just last year, the cricketing star was the subject of a media storm when he was involved in a punch-up outside of a Bristol nightclub.

After being found not guilty, the vice-captain has gone on to reclaim his former cricketing glory… just like his wife's favourite tattoo predicted.

And former Girls Aloud star Nicola Roberts has backed our Dying for a Tan campaign – saying the pressure to be darker "could have killed her".

Plus a Taylor Swift fan has worked out the commute and costs between all the locations in her song London Boy in a hilarious post.