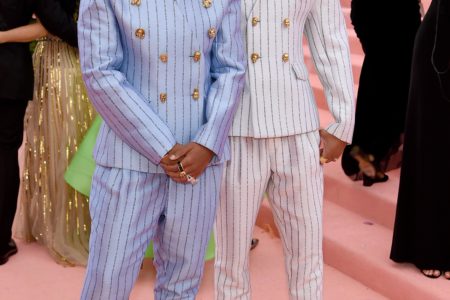 The 2019 Met Gala delivered all the theatrics we expected given this year’s ‘Camp’ theme. From Zendaya’s Cinderella moment to Billy Porter’s theatrical entrance, it was refreshing to see celebs really go there.

But showmanship aside, some A-listers chose to make a statement with their look. Lena Waithe teamed up with Haitian designer Kerby Jean Raymond of Pyer Moss on a design celebrating the true origins of ‘Camp.’

We’re happy that Waithe reminded folks that ‘Camp’ was birthed in the underground among a group that’s still sorely underrepresented in mainstream culture. In appropriating their creativity, we should respect its roots.

“It’s about being extra, doing the most,” she added. “Black folks do the most all the time. Kerby came up with the idea and I loved it from jump.”

Jean-Raymond’s matching suit honored Nipsey Hussle, featuring photos of him on the buttons and the words, “Fix your credit. Pool money. Buy back the block.” A nod to the slain rapper’s commitment to uplifting Black communities, the look brings awareness to gentrification and racial struggle.

The pinstripes on both looks were comprised of lyrics from Gloria Gaynor’s ‘I Will Survive’ and Diana Ross’ ‘I’m Coming Out.’ In an instagram post, Waithe proclaimed, “I came to slay, bitch.” And slay, she surely did. 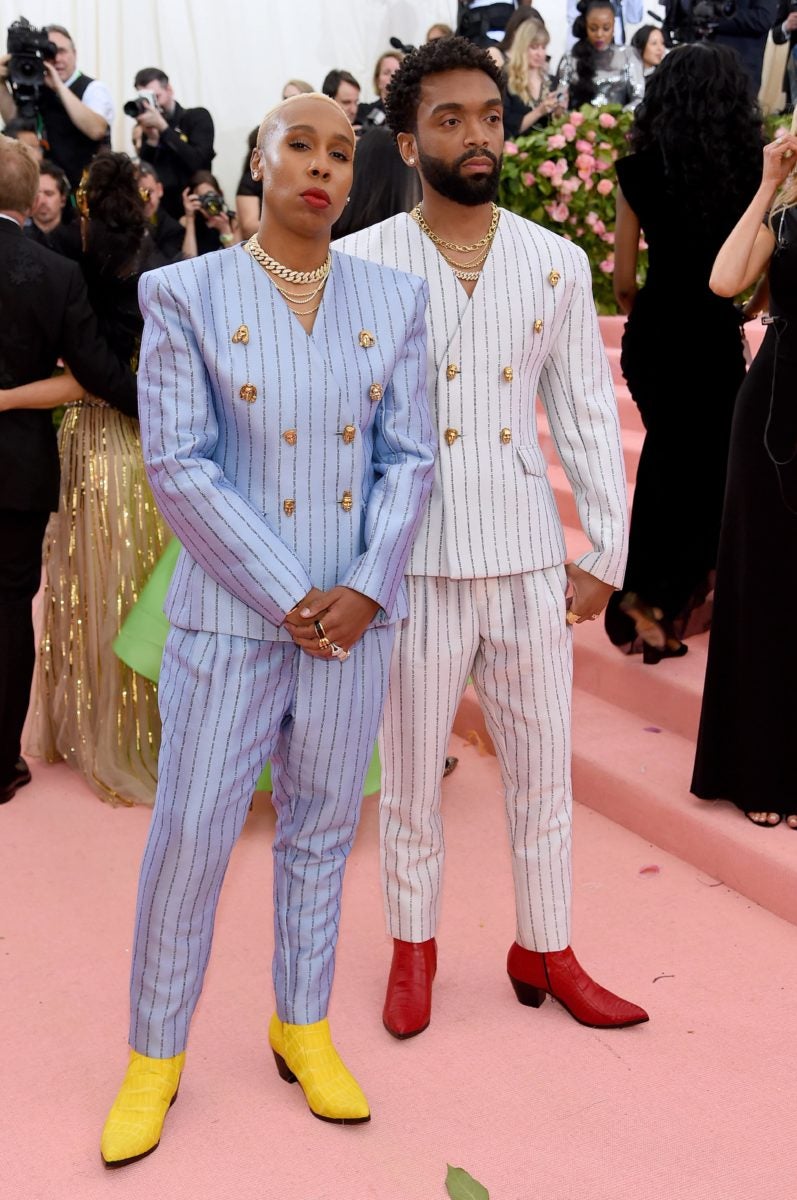