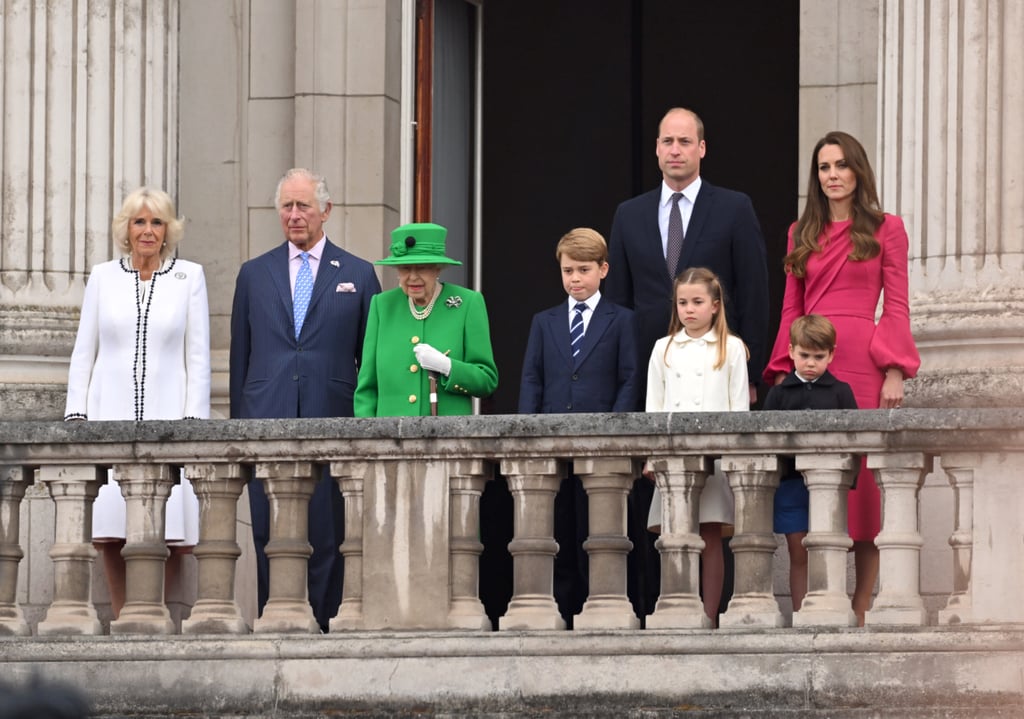 Even as the Platinum Jubilee celebrations reached their final day, Kate Middleton’s style streak certainly didn’t lose its momentum. The Duchess of Cambridge arrived at the Platinum Jubilee Pageant in a chic Stella McCartney dress in a vibrant shade of pink, featuring a ruched top, voluminous sleeves, and a midi skirt. With her hair styled into her signature loose waves, she opted for a pair of diamond earrings and pumps as finishing accessories.

The Platinum Jubilee Pageant marked the finale of the four-day weekend event, which honored Queen Elizabeth II’s 70-year reign in Britain. The festivities brought together several royal family members who dressed to the nines for the different ceremonies and activities. Middleton’s stylish ensemble came in a hue frequently seen on the queen, which she apparently wears to stand out among her royal subjects. The midlength designer dress also captured a key element of Middleton’s style: elegant tailoring, which she embraced all weekend long.

First, she stunned in an Alexander McQueen blazer dress at Trooping the Colour, the kickoff event that’s marked the official birthday of the British Sovereign for more than 260 years. Middleton opted to rewear one of her favorite looks for the occasion, as she was previously photographed in the design at the G7 Leaders’ reception in June 2021.

The following day, she wowed the crowd when she arrived at St. Paul’s Cathedral in a pastel-yellow Emilia Wickstead midi dress paired with a matching Philip Treacy hat. Both ensembles mirrored Prince Diana’s style: the first including a pair of diamond and sapphire earrings she’d owned, and the second drenched in a sunshine hue she embraced for several appearances. Middleton continues to pay homage to her late mother-in-law as she fulfills her royal duties.

Ahead, appreciate Middleton’s last look during the Jubilee Weekend.