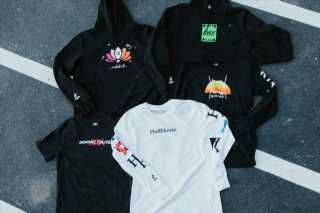 STRENGTH IN NUMBERS: Puma has teamed with five Black TikTok creators and designers to develop a capsule collection that will debut Thursday during the TikTok Runway Odyssey virtual fashion show.

As many brands are working to build up their TikTok followings, Puma is one of the labels that has partnered with the platform for #TikTokFashionMonth. Today wraps up the monthlong initiative that included two livestreams a week, including runway shows from Saint Laurent, JW Anderson and Louis Vuitton.

Puma has recruited the talents of Jufu, Ajani, Dominic Toliver, Taylor Cassidy and Makayla Did. Collectively, they have more than 19.7 million TikTok followers, with Toliver leading with 9.9 million.

Their limited-edition designs include T-shirts from Ajani, Toliver and Cassidy that will retail between $40 and $50. Cassidy’s vibrant style features a rising sun and is imprinted with “to keep rising.” The designer was inspired by Maya Angelou’s poem “Still I Rise.” Ajani borrowed from his family name to create a “Huff House” T-shirt.

There are also hoodies from Jufu and Did that will retail for $70. A multidisciplinary artist, Jufu uses his work to try to unite people. His “Just Vibin’” hoodie stems from the idea of “just flowing with life.” Did’s black hoodie is an homage to the Black Lives Matter movement  and the garment’s glittery accents are meant to represent the shining in the world. The lotus flower design is symbolic of Did blooming into adulthood.

The exclusive items are being sold through TikTok’s storefront and on Puma’s e-commerce site. There is a commitment of $10,000 in proceeds from sales to the Equal Justice Initiative.

Puma North America’s president and chief executive officer Bob Philion emphasized last month how a spike in e-commerce sales had helped the company gain traction during the pandemic. That online growth has also led to more oppressive at retail, he said. Part of the company’s e-commerce strategy has involved online-only special offers with the TikTok collaboration being the latest example.