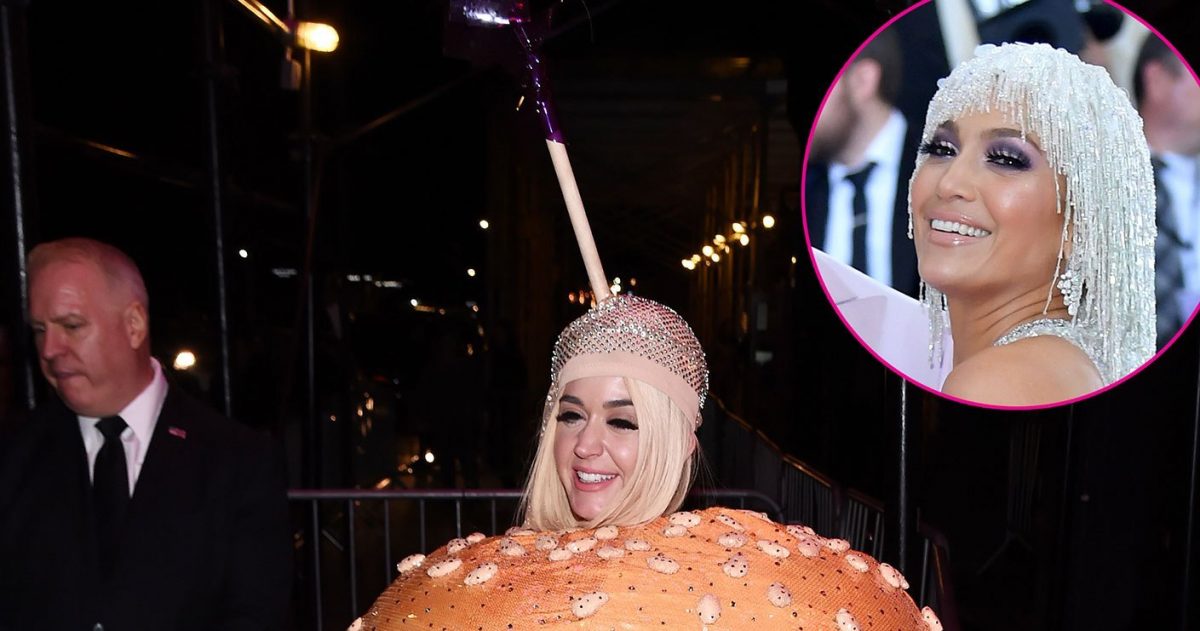 Jennifer Lopez may no longer be a vegan, but she has no interest in Katy Perry’s burger!

In a video from a Met Gala afterparty on Monday, May 6, the American Idol judge, 34, climbed into her burger costume in the bathroom as Lopez, 49, walked in. The “On the Floor” singer, however, barely reacted to Perry’s giant massive hamburger look as she passed by. 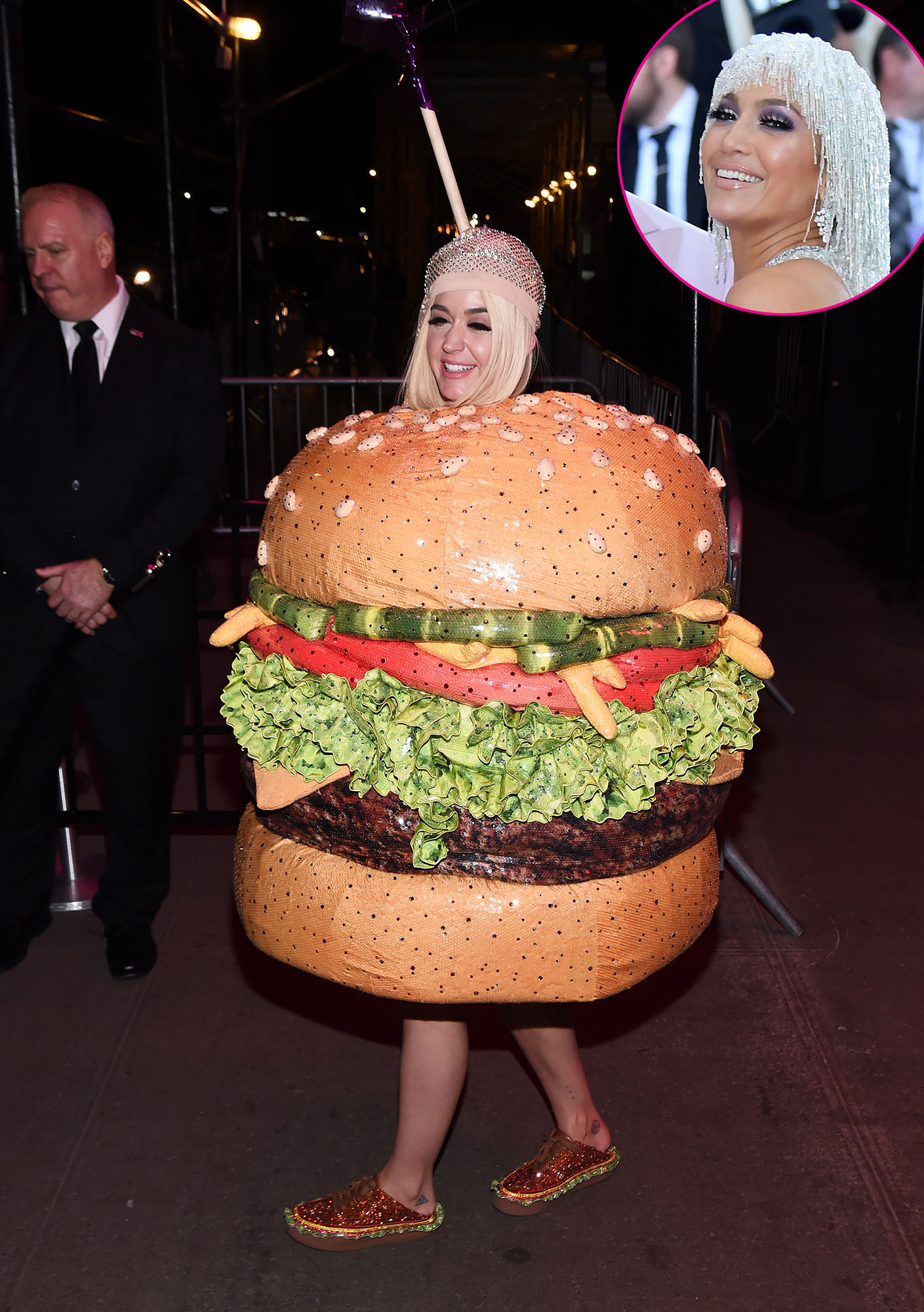 The “Roar” songstress, who dressed as a chandelier for her first look of the evening, teased an outfit change via her Instagram.

“First we set the table, and then we dine ?✨? @moschino #MetGala2019,” Perry wrote alongside a photo of the shoes and accessories for both looks. The Grammy nominee inspired several memes on social media during the event, with many users comparing her light-up look to Lumière from Disney’s Beauty and the Beast.

Perry attended fashion’s biggest night sans fiancé Orlando Bloom, who got down on one knee on Valentine’s Day. Lopez, meanwhile, walked her first carpet with fiancé Alex Rodriguez since the former baseball pro popped the question in March.

The Shades of Blue actress rocked a diamond head piece and Versace dress with a high slit on the pink carpet while sticking close to Rodriguez, who sported a pink suit jacket and black pants. The former New York Yankees star shared a selfie from inside the event with another power couple — Kim Kardashian and Kanye West.

“Had to take a selfie with @kimkardashian and Kanye!” Rodriguez captioned the iconic snap on Monday via Instagram. “@jlo #MetGala #AllThePink.”

The twosome also took a selfie with Jimmy Fallon inside the benefit, per the athlete’s Instagram Story.

Lopez, for her part, posted a photo with her man in the car on the way to the Metropolitan Museum of Art on Monday night. “Met Ball 2019 here we come… ?” she captioned the pic.