A MUM-OF-TWO has revealed she's expecting her third baby at 62 years old, despite not having had a period in 16 years and her husband having a vasectomy.

It's safe to say that finding out she was pregnant again was a huge surprise for one woman named Jenny – known as The Good Wifey on Instagram – who had already gone through menopause. 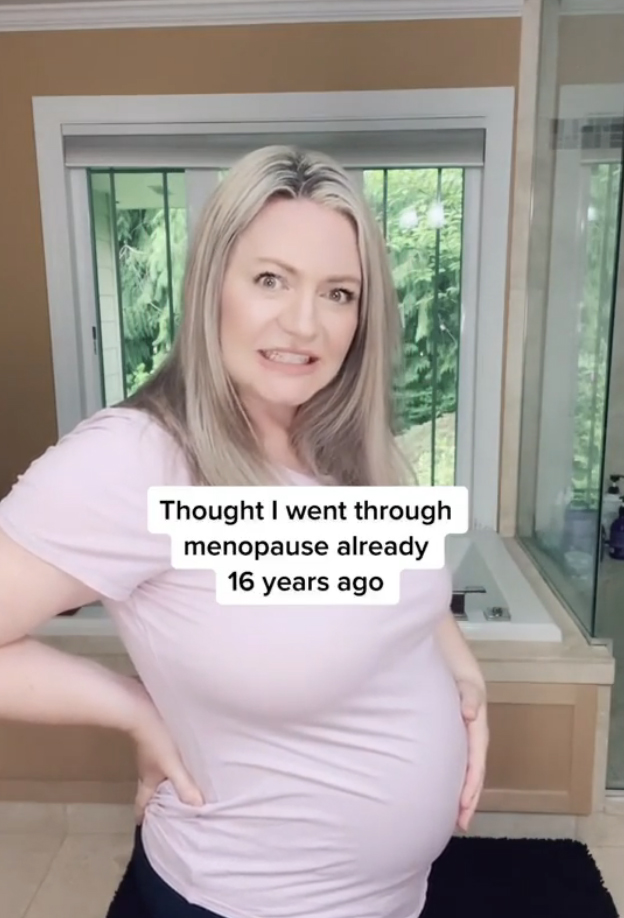 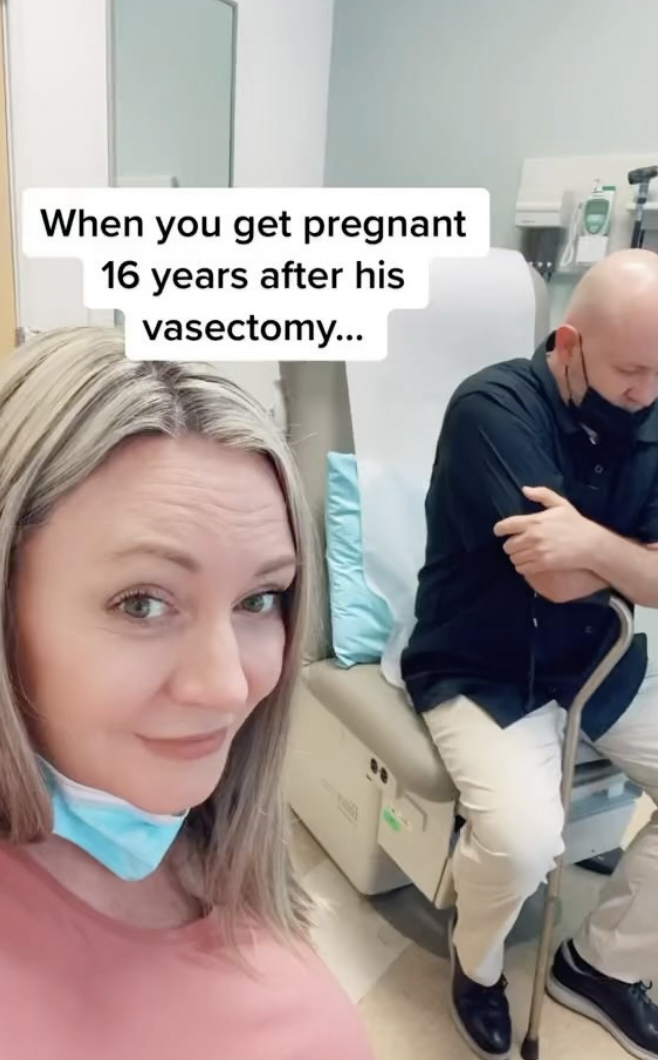 Naturally, she presumed she couldn't fall pregnant after her periods stopped and especially as her husband had undergone a vasectomy – a surgical sterilisation procedure.

Sharing her experience of geriatric pregnancy, Jenny described her baby as a "miracle" that well and truly surprised her and her partner.

She has been answering questions fellow mums or anyone may have when it comes to being pregnant as an older woman and asked if she'd had her "tubes tied", Jenny explained she hadn't and she also hadn't had a period in 16 years.

"No my tubes weren't tied, but my husband did have a little snip snip," she explained in one video shared online.

"And I also haven't had a cycle in 16 years," the mum added, explaining she has "already been through menopause".

Jenny, who is mum to two older sons, said: "So, this is truly the miracle baby. Surprise."

As well as addressing the usual that comes with pregnancy, like acid reflux, painful low kicks and the baby feeling like its pressing into the bladder, Jenny has also called out the double standards surrounding men and women.

After revealing she was pregnant at 62, Jenny revealed that nobody has asked her how old her husband is and while she's often told she's "too old" to be having kids, her partner gets a "high five" from people.

In another video shared via Instagram, the mum says: "After coming out with my age as a 62 year old pregnant woman, it's surprising that no one has bothered to ask my husband's age.

"He gets a good old high five when people find out we're expecting."

Jenny and her husband are expecting a third son who is due later this year on Thanksgiving over in the US (25 November).

As she prepares to give birth again, Jenny has been laughing off negative comments from those who have questioned her decision to have a baby at 62.

Responding to one person who claimed it was "unhealthy to have a baby at 35", the soon-to-be mum-of-three sassily teased back: "That's a really good point, thank you… I really appreciate your guidance at this time."

Others threw their support behind Jenny and insisted "there is nothing wrong" with being an older mum.

Another said: "There nothing wrong with being a older mom . I’m so happy for you."

A third wrote: "I'm pregnant with twins at age 42 and had my 5th child at age 40. My body says what it can do. I don't pay attention to anything else.

"Age doesn’t define us! You go!! Just had my first at 45 (not by choice but by blessing)," added another. 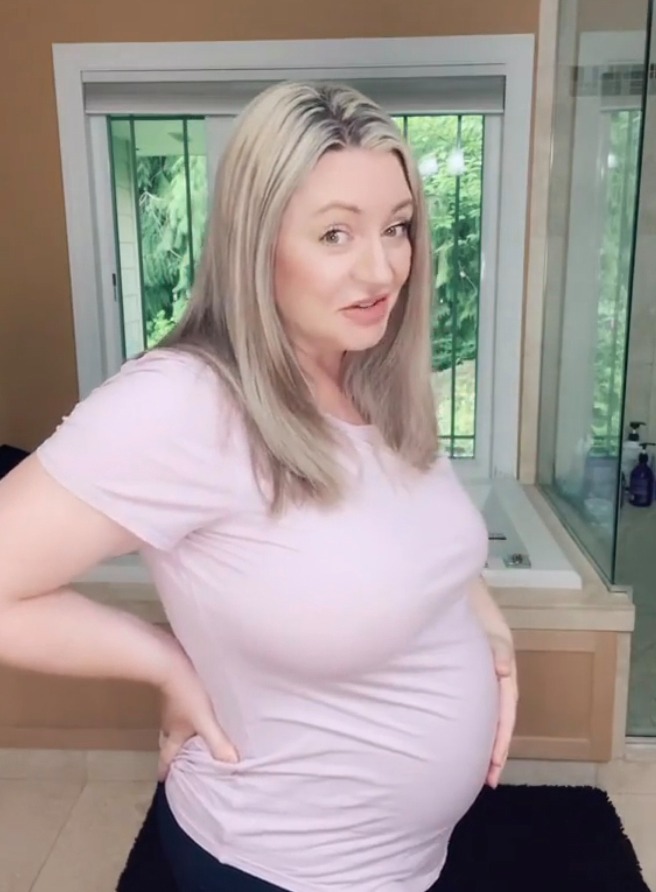 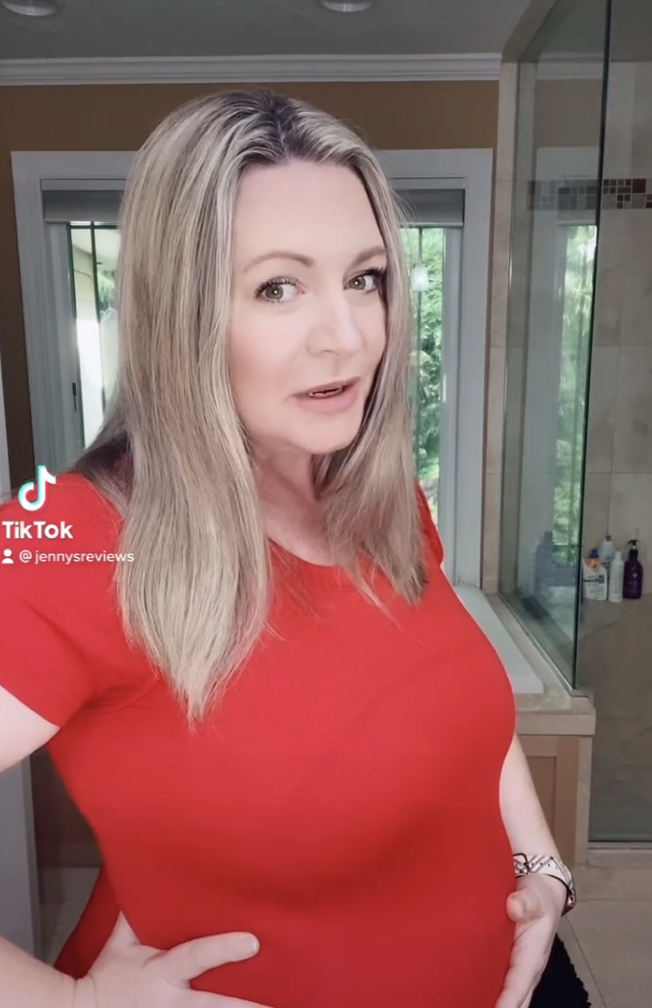 Meanwhile, one woman reveals 'I’m constantly fat-shamed because my belly’s bigger than my bum but I don’t care, I love my body.'

Plus, a mum shares 'I didn’t know I was pregnant until my son’s head popped out in my bedroom, I was too embarrassed to call for help'.

And one couple reveals 'We went from childfree to nine kids in three years after adopting four, having a son and then QUADS – it’s manic'.