A MUM is pleading for people to donate blood – as without blood donors her baby girl would die.

Adeline Davidson, three, has been left the size of a one-year-old after being struck by a rare blood cancer that causes bruising and tiredness. 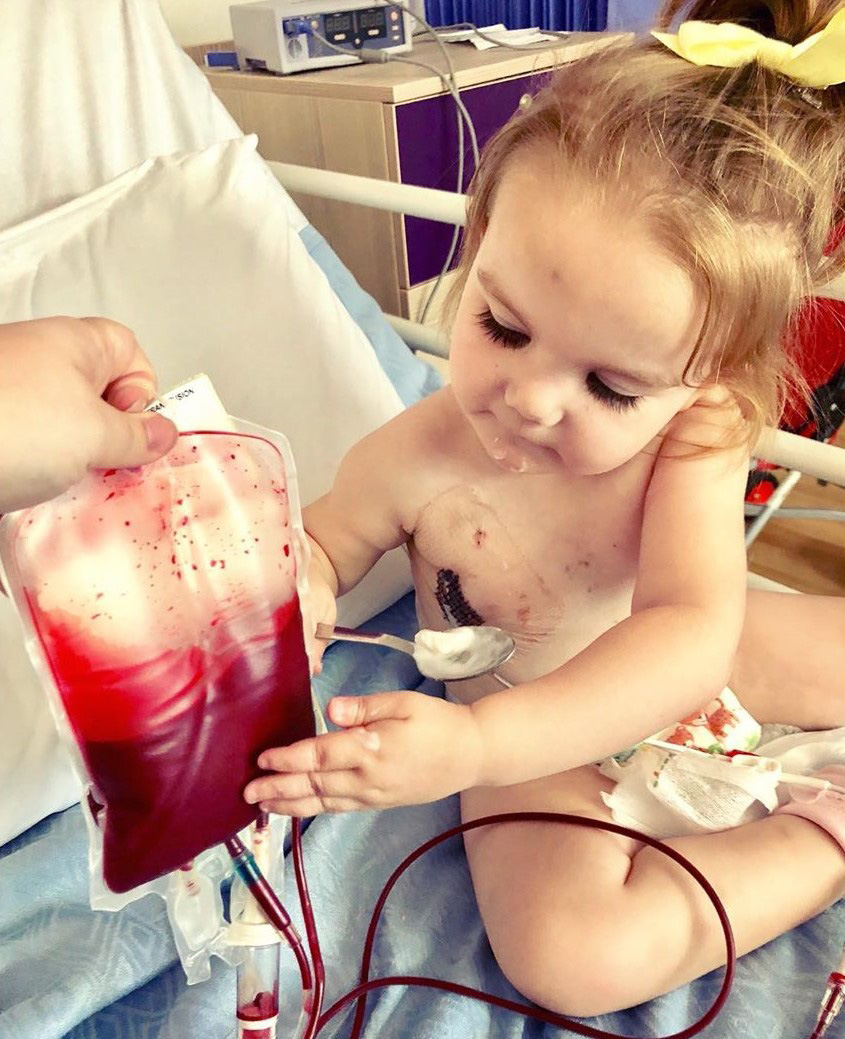 And now her mum Steph, 25, is sharing her story in the hopes that more people will donate blood – which will keep children like Adeline alive.

She said: "I felt that sharing Adeline’s journey would encourage more people to register to become a stem cell donor or to donate blood.

"After seeing a little child go through this, anyone with a good heart would want to help."

Former medical administrator Steph and her husband Jordan, 27, from Alness in Scotland, welcomed their daughter Adeline in November 2016 but her birth was marred by a bowel obstruction which required surgery. 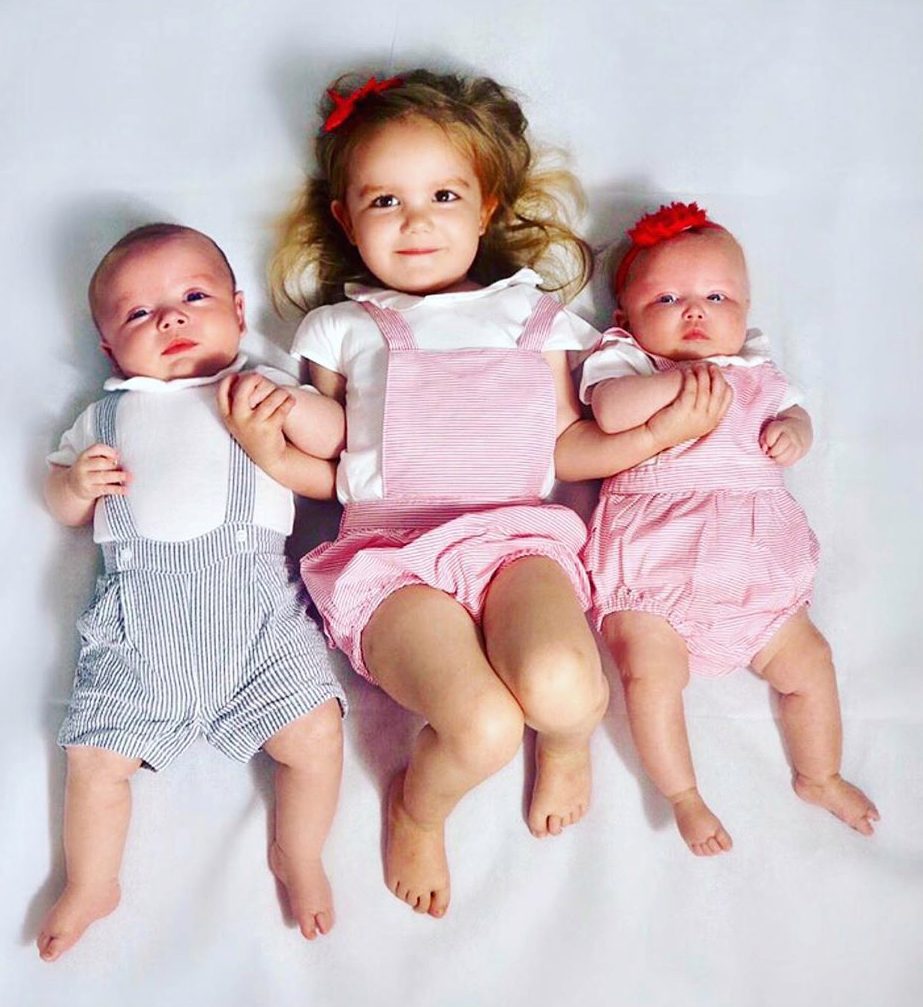 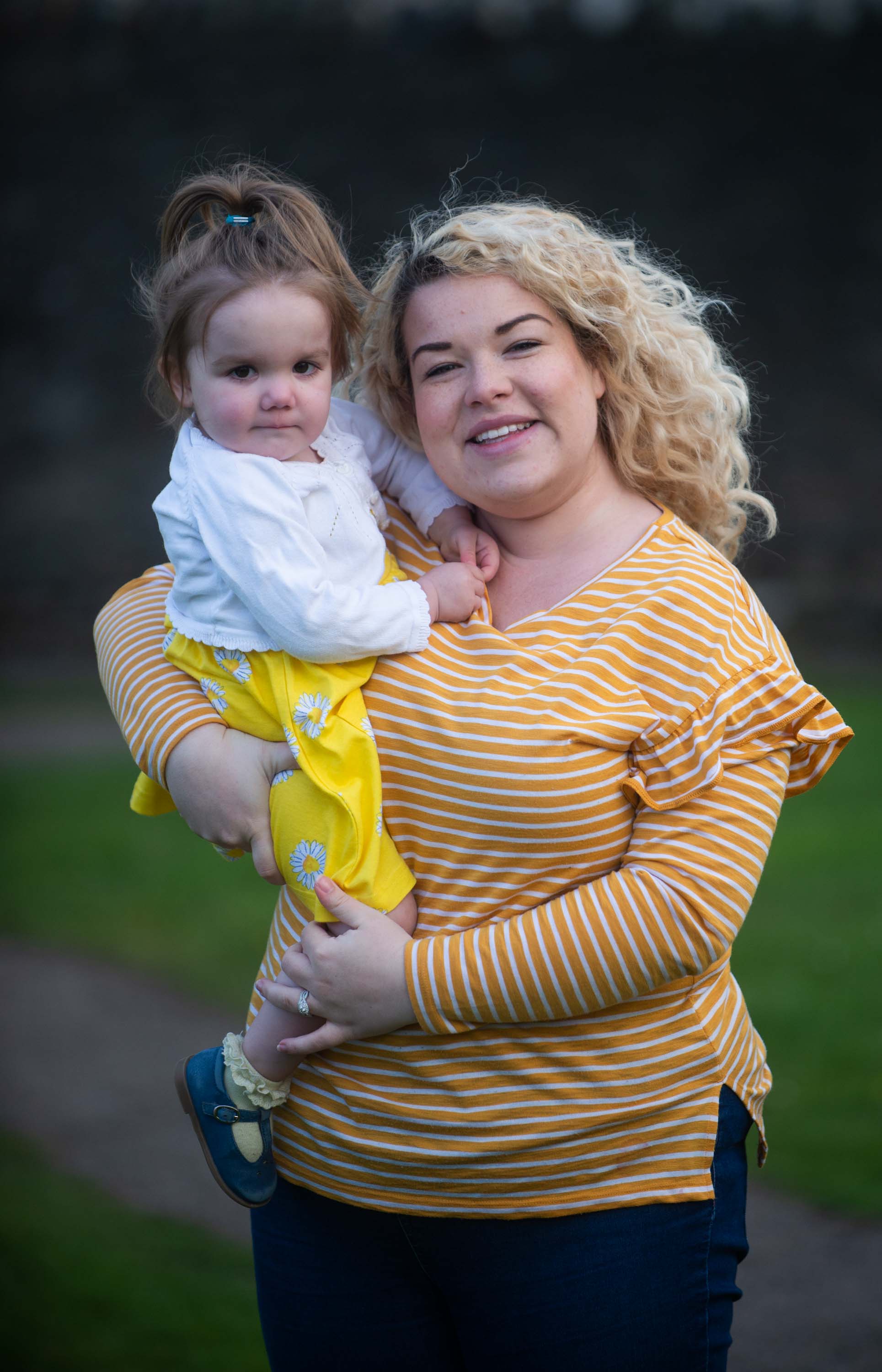 Adeline recovered well but Steph noticed that she was always small for her age, and at the age of one she was wearing clothes aged up to six months old.

In 2018, Steph made an appointment to see a paediatrician but the four-month wait delayed this until February 5, 2019.

The paediatrician noted how pale Adeline looked and decided to do some blood tests.

Steph said: "Adeline struggled putting on weight and going up a clothes size, so at one she was still in size three to six months. 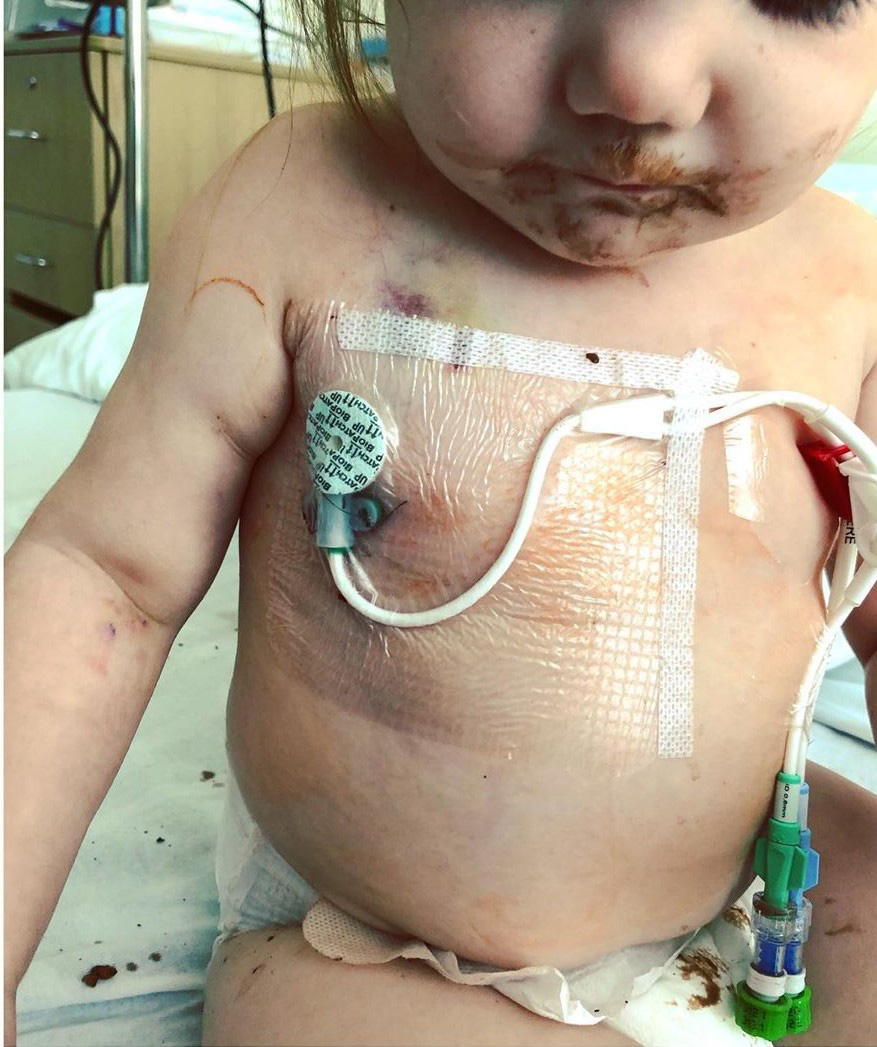 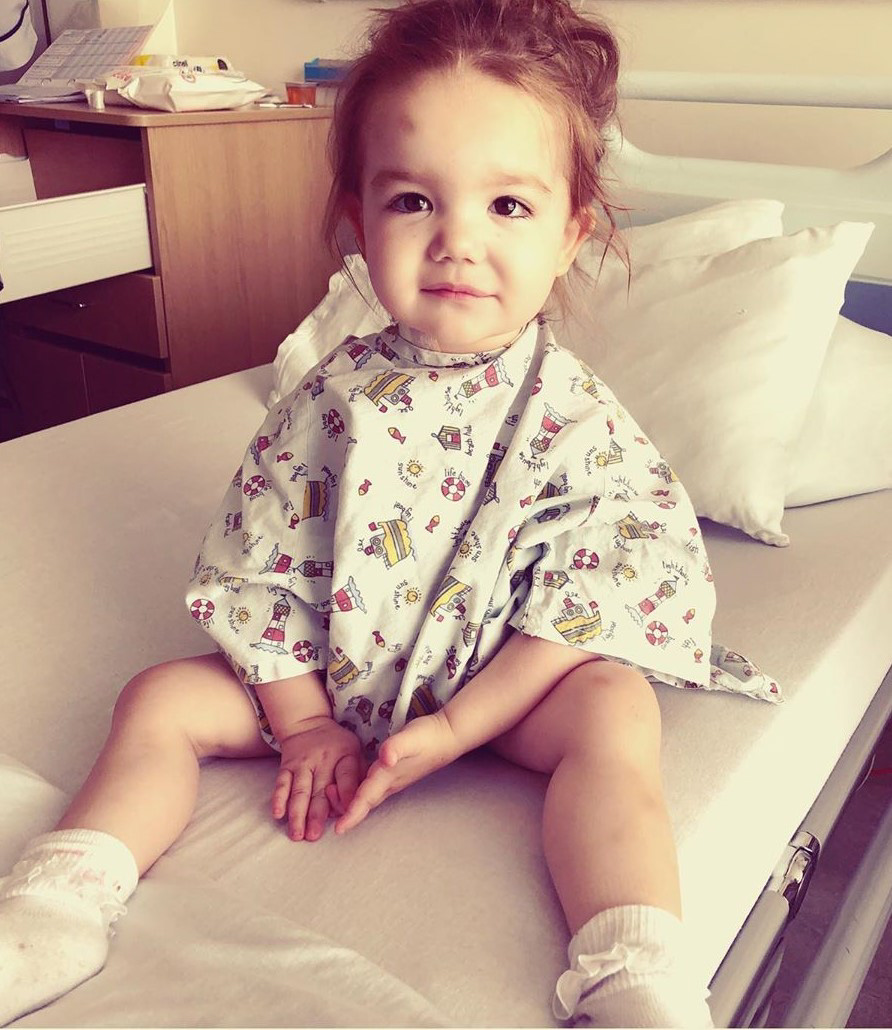 "I had been complaining about her weight and height for a while, but I eventually got an appointment with a paediatrician and had to wait four months.

"She hadn’t put weight on for 18 months and was much smaller than other kids her age.

"I always put it down to her bowel problems from birth, but little did we know there was something else unusual with Ads. 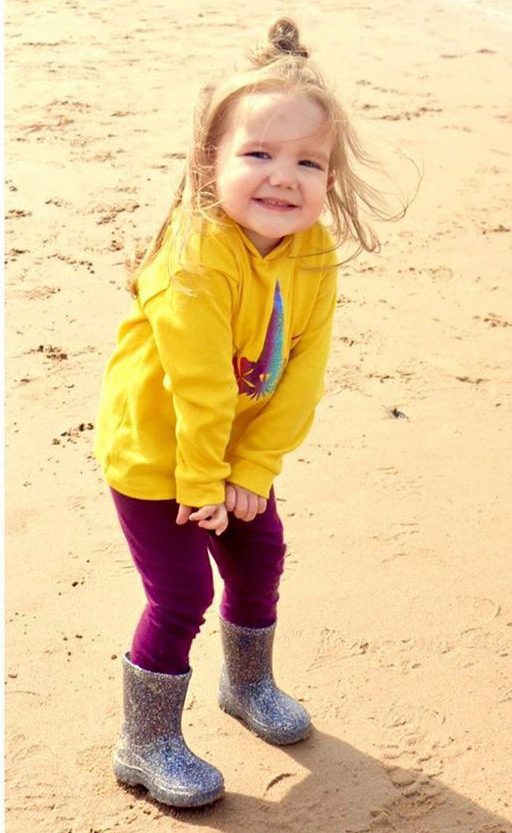 "The paediatrician wasn’t that interested and said she appeared fine, just slightly pale. He took blood tests to check her iron levels."

Just a few hours after Adeline's blood tests Steph received a call asking her to come back in immediately – as the tests showed possible blood cancer.

Steph and Jordan were told to prepare for the worst and the fact Adeline may not ever be able to come home.

I was looking at Adeline, who to me was a healthy, happy, beautiful girl, but they were telling me she was seriously ill – it didn’t make sense

Speaking about the devastating conversation, Steph said: "A few hours later I got a phone call asking to take Adeline in for results.

"I hesitate because it was a long way to go, so he told me over the phone that her bloods indicated a serious problem – possibly blood cancer.

"He told us to prepare for not coming home. My heart just stopped, I couldn’t believe it and I was hysterical. 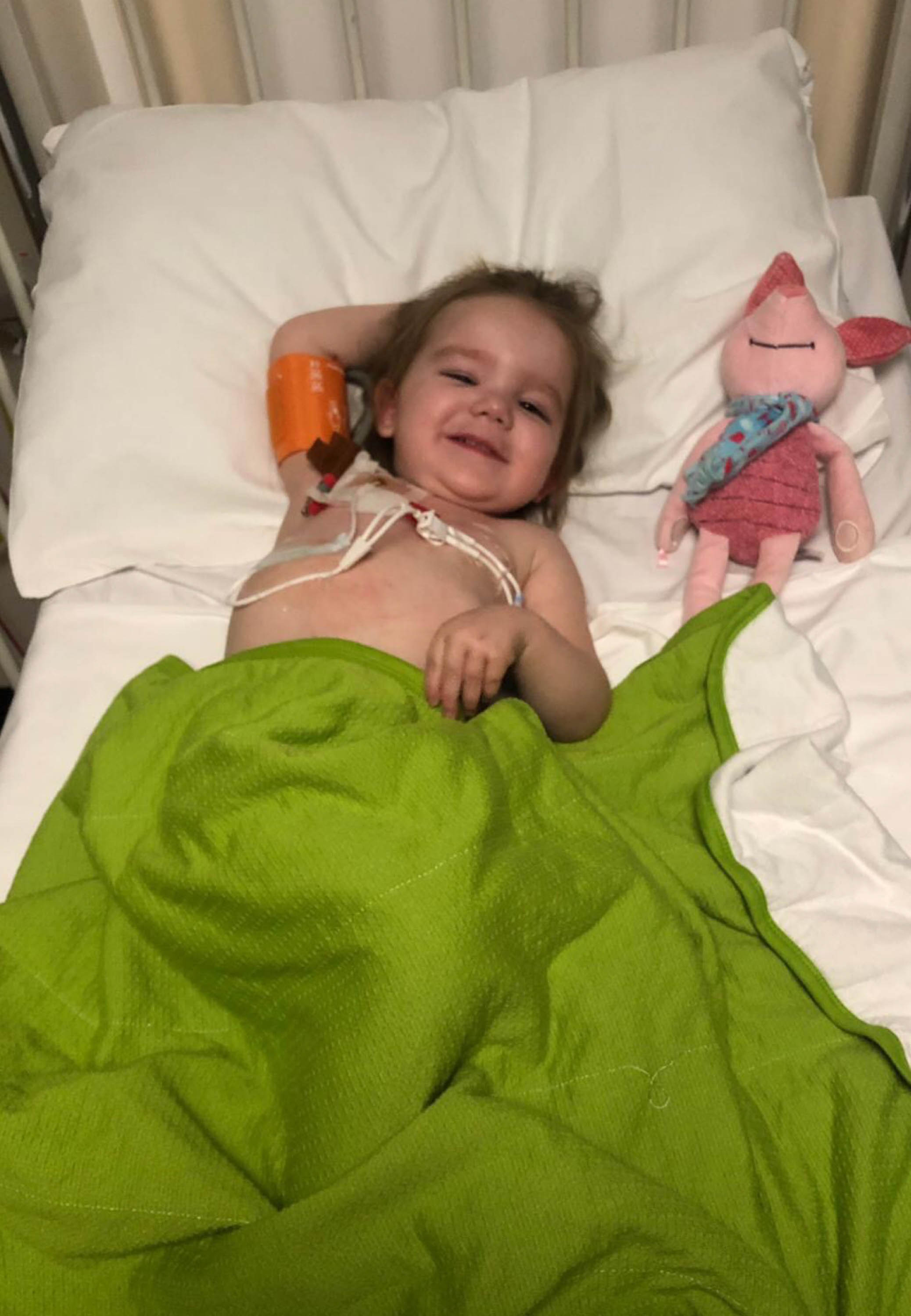 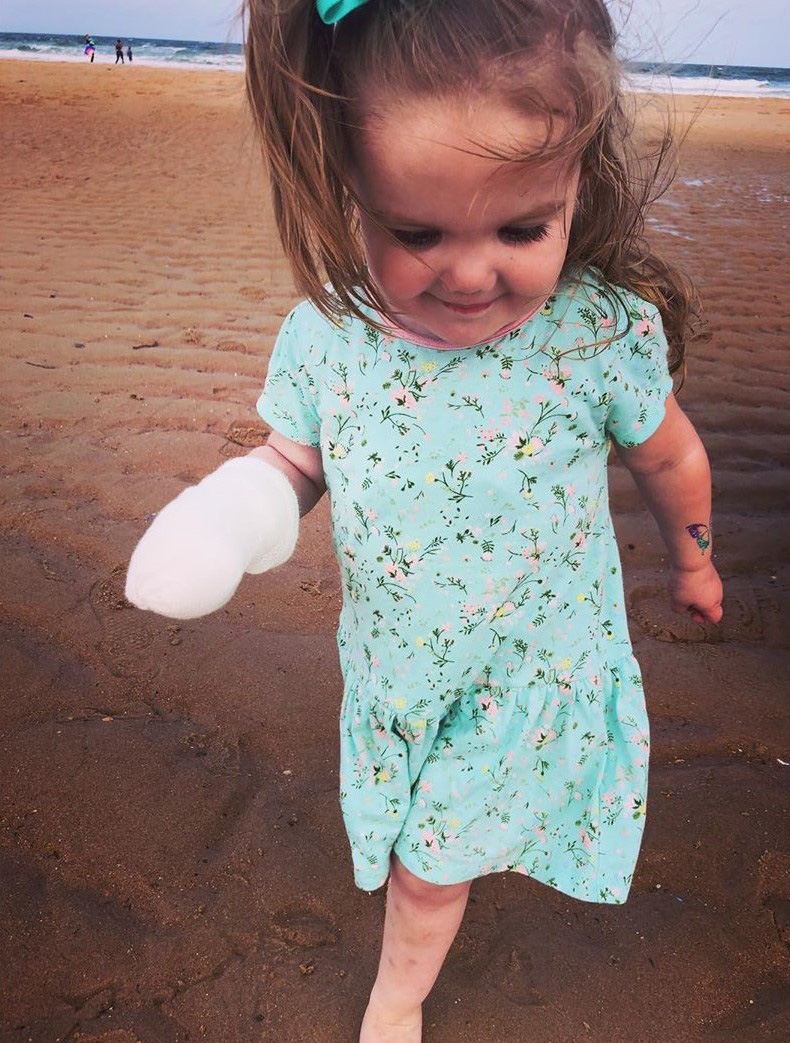 "I was looking at Adeline, who to me was a healthy, happy, beautiful girl, but they were telling me she was seriously ill – it didn’t make sense."

Initially, doctors suspected leukaemia but when Adeline was transferred to Aberdeen Hospital, further tests confirmed that it wasn’t leukaemia, but doctors were no closer to a diagnosis.

Adeline was tested for chromosome mutations, genetic conditions, other types of cancer and doctors are now testing her genomes to find a diagnosis.

Steph added: "There are hundreds of conditions she’s been tested for and not one has she tested positive for. 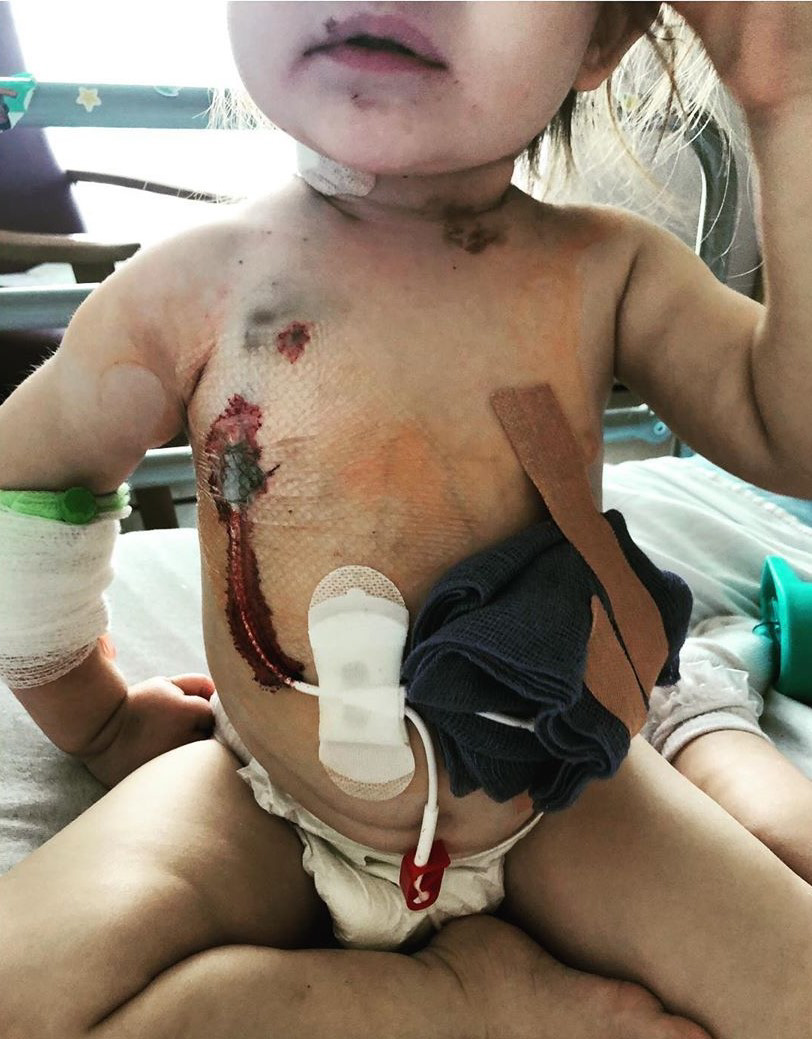 “The genome testing they’re doing now consists of putting her DNA sequencing into a pool of other undiagnosed or rare diagnoses and looking for any similarities among them."

In March, doctors believed Adeline could have myelodysplasia, a blood cancer and bone marrow failure, but she shows signs which extend beyond this diagnosis, although it hasn’t been confirmed or ruled out. 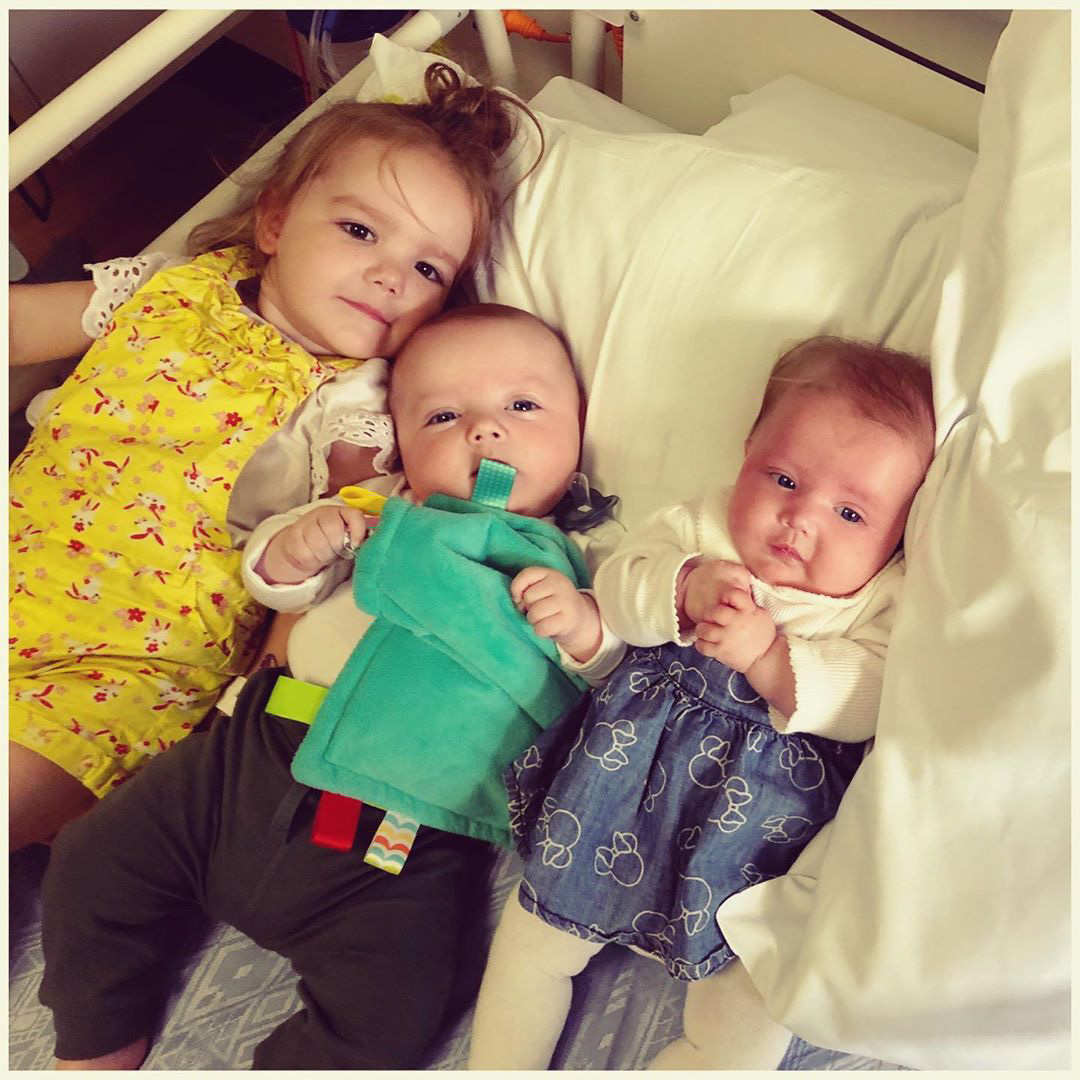 While searching for a stem cell match, Adeline’s blood tests have been reviewed internationally, in Canada and Germany among other countries, to widen the search.

Adeline needs a bone marrow transplant to save her life, but no full matches have been found yet so blood transfusions keep her stable until a match is found.

Low blood counts put Adeline at risk of infection, internal bruising and bleeding out through a small cut as her blood cannot clot as usual.

And since her diagnosis, Adeline has had to be pulled out of nursery for fears of infection or falling which would have devastating impacts on her weakened system.

However, Steph insists that her battle with this mystery illness hasn’t dimmed Adeline’s spirits as she maintains her lively personality and refuses to stop having fun.

Myelodysplasia is a type of rare blood cancer where you don't have enough healthy blood cells.

There are many different types of MDS. Some types can stay mild for years and others are more serious.

MDS can affect people of any age, but is most common in adults aged 70 to 80 years.

But in MDS, your bone marrow doesn't make enough of these healthy blood cells. Instead, it makes abnormal cells that aren't fully developed (immature).

As the condition develops, your bone marrow gets gradually taken over by the immature blood cells, which don't work properly.

They squeeze out the healthy ones, making the number of cells that manage to get into the bloodstream lower and lower.

The condition can develop slowly (indolent) or quickly (aggressive), and in some people it can develop into a type of leukaemia called acute myeloid leukaemia (AML).

She said: "It was planned that Adeline would have a Hickman line put in to allow blood to be taken, transfusions to be given, and any medicine can go through the lines too.

"This was the best news because it was becoming traumatic for Ads as each time she had to get bloods taken, it took five attempts.

"Her veins were so weak and small, so they’d often collapse or move when the needle went in.

"She was an absolute star during the operation and calls her lines her ‘toggles’. She’s not phased in the slightest with this new accessory. 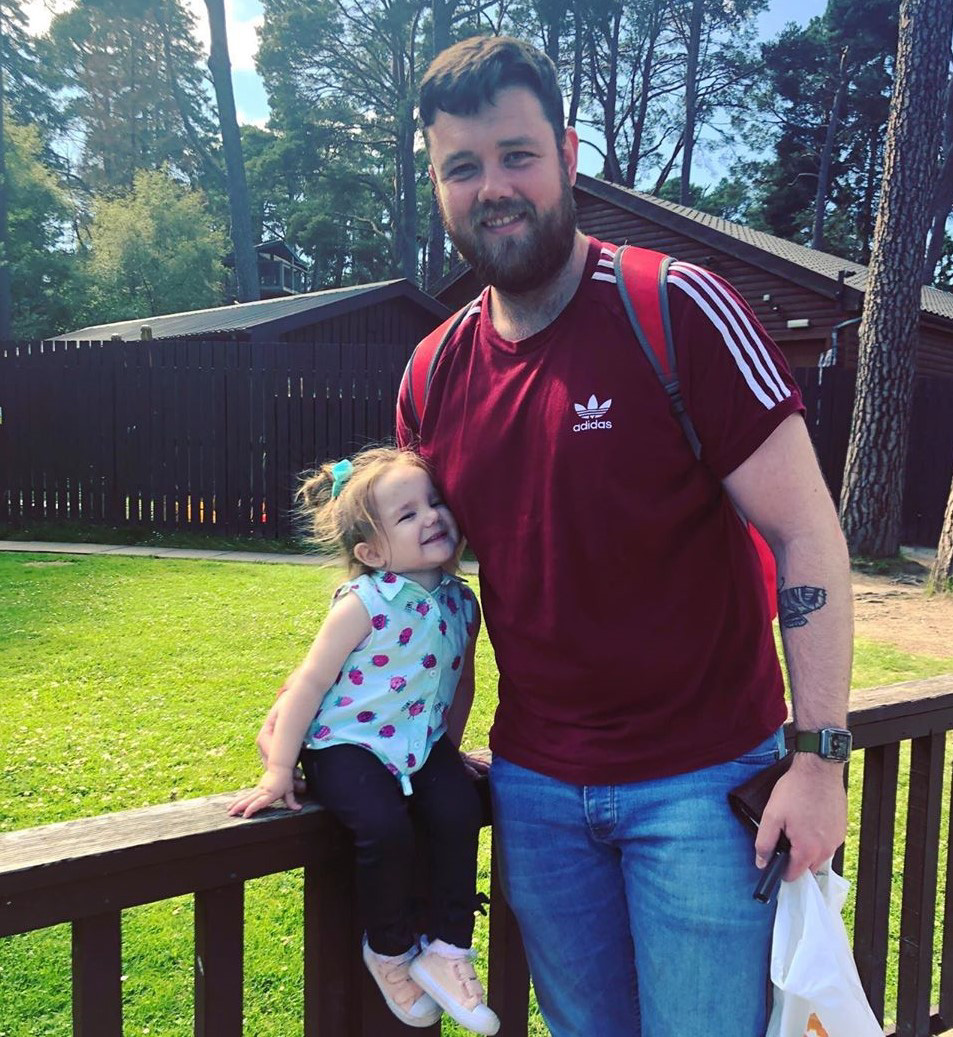 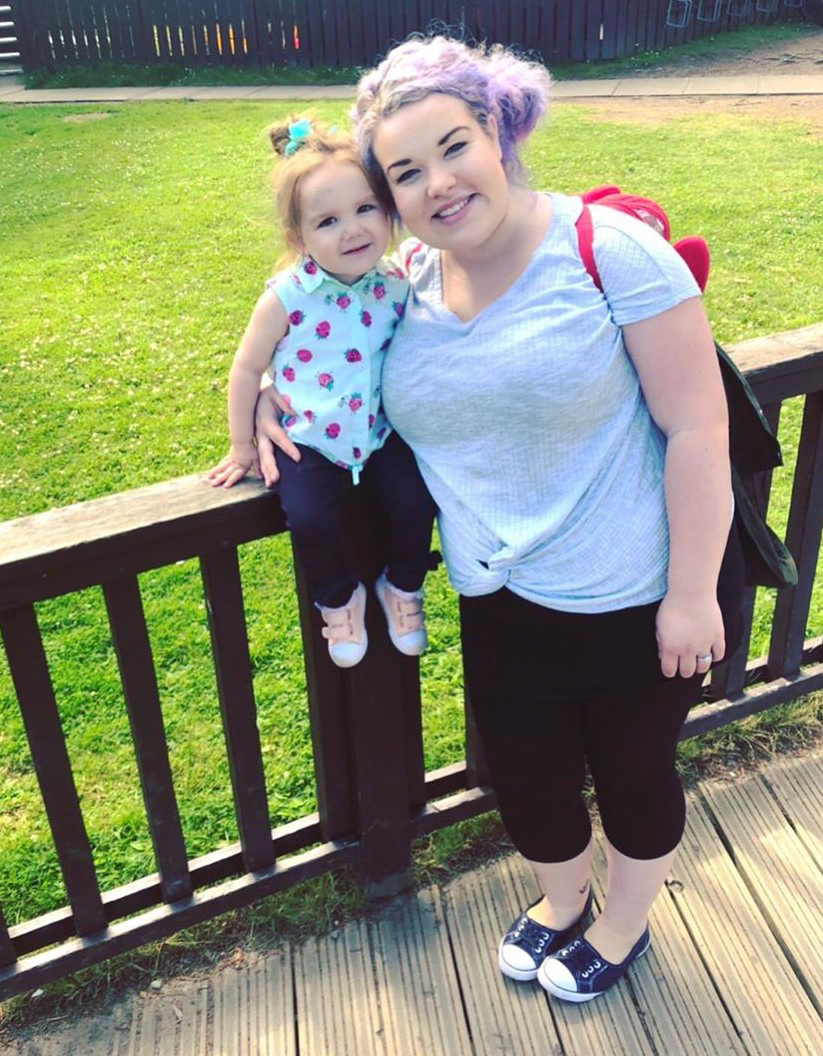 "The first diagnosis we got was myelodysplasia in March, a form of blood cancer and bone marrow failure.

"For the last few months, they’ve started to steer away from this diagnosis as Adeline has moments of stability and symptoms which aren’t covered by that diagnosis. It hasn’t been ruled out, but it could be something else.

"When she needs platelets, she bruises easily and has little patches of petechia on her body. When she needs red blood cells, she becomes pale, tired, clumsy and breathless. 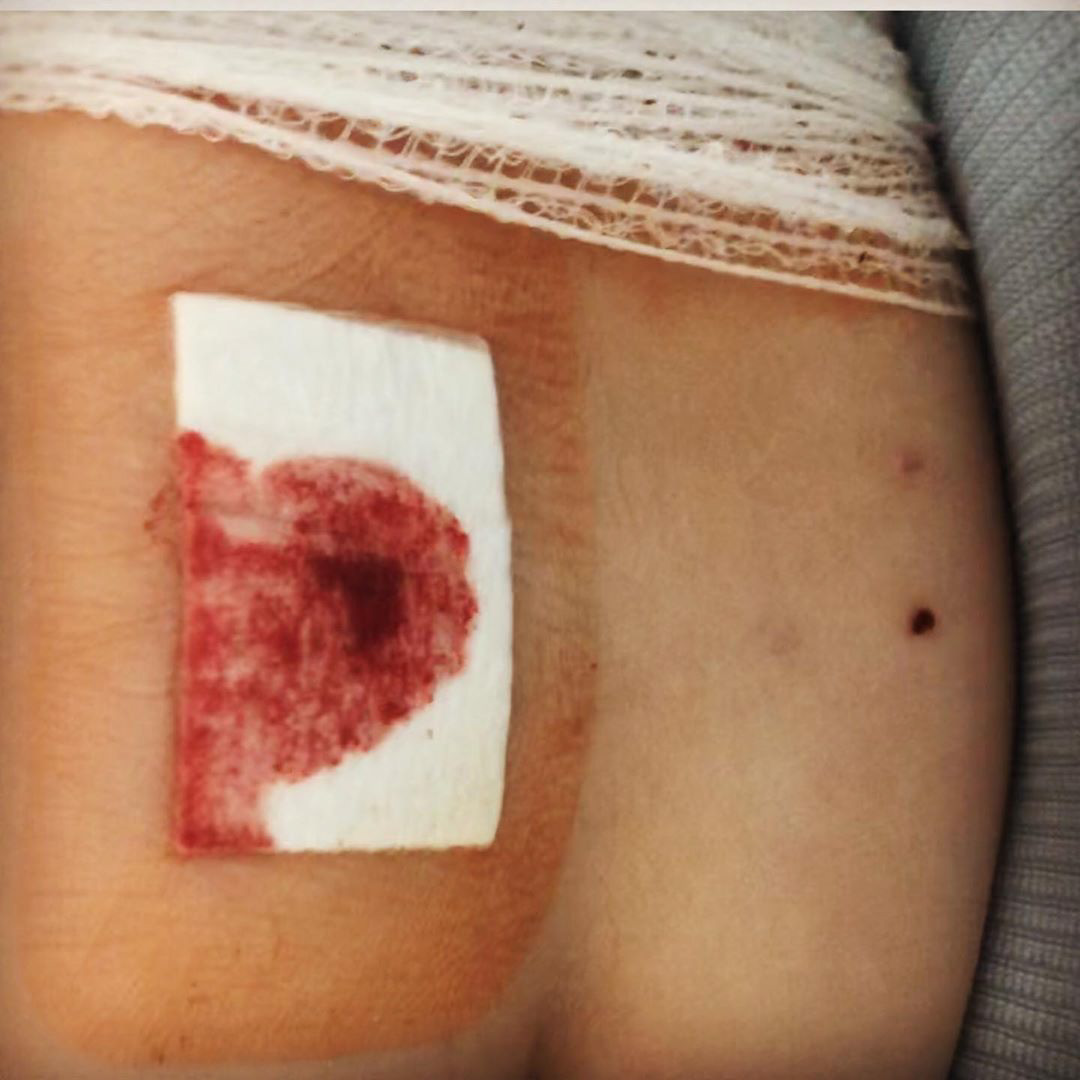 "Platelets help our blood clot when we bruise or cut ourselves, so when Adeline’s are low, she has a high risk of bleeding out through a cut or bleeding internally from bruising.

"White blood cells help fight infection, so when Adeline’s are low, she has a high risk of getting an infection and her body struggles to fight it off.

"Even though Adeline is poorly, you wouldn’t be able to tell. She’s a lovely, lively, funny, beautiful little girl and this illness hasn’t stopped her having fun."

Steph is hoping encourage more people to donate blood or become stem cell donors and has already seen almost 3000 more donors sign up and help save her daughter’s life. 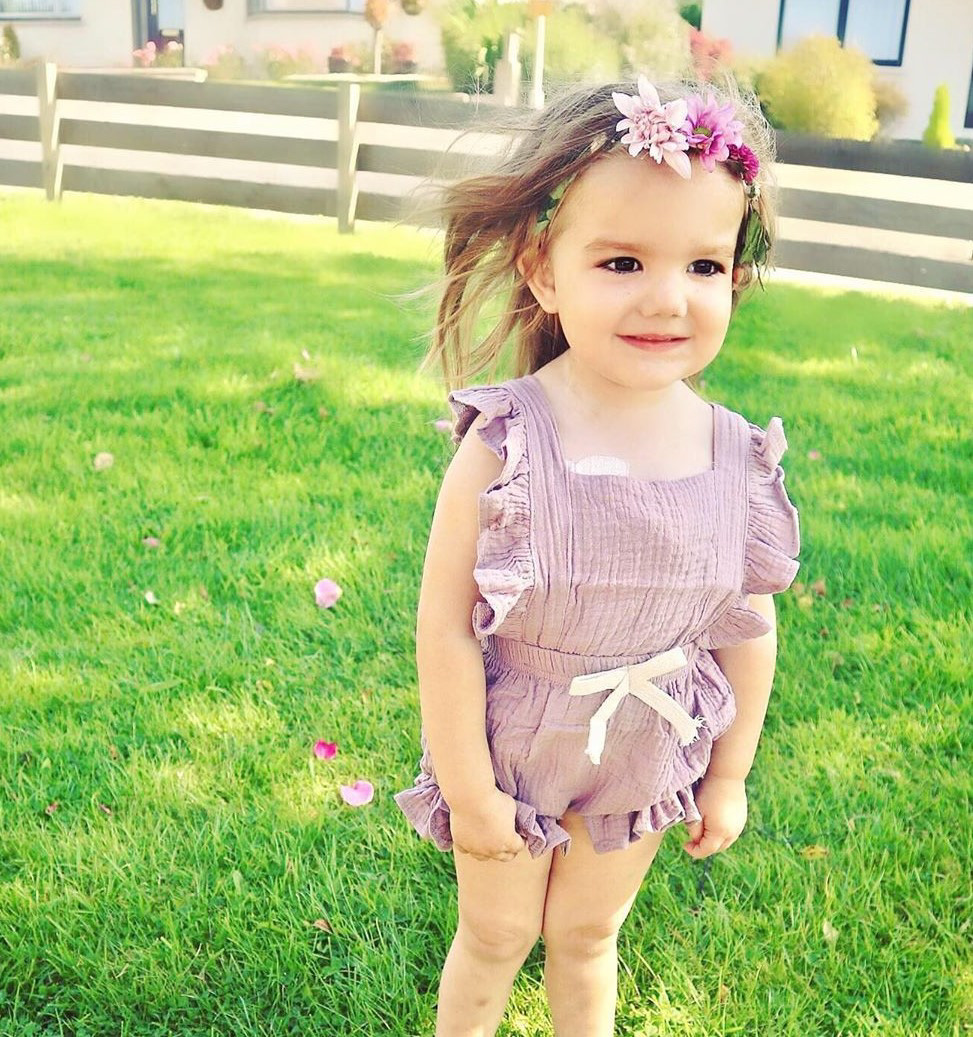 She added: "Through all our awareness and fundraising, we are close to 3000 new donors signing up and many have donated blood to help Adeline.

"People’s donations keep Adeline stable, and they can save so many other lives too.

"Thank you to everyone who is registered and to all those who have donated, you are keeping our daughter alive."