ONE of those “over 50s” catalogues dropped through my letterbox the other day.

And it was full of sludge-coloured elasticated trousers and sturdy Velcro shoes. 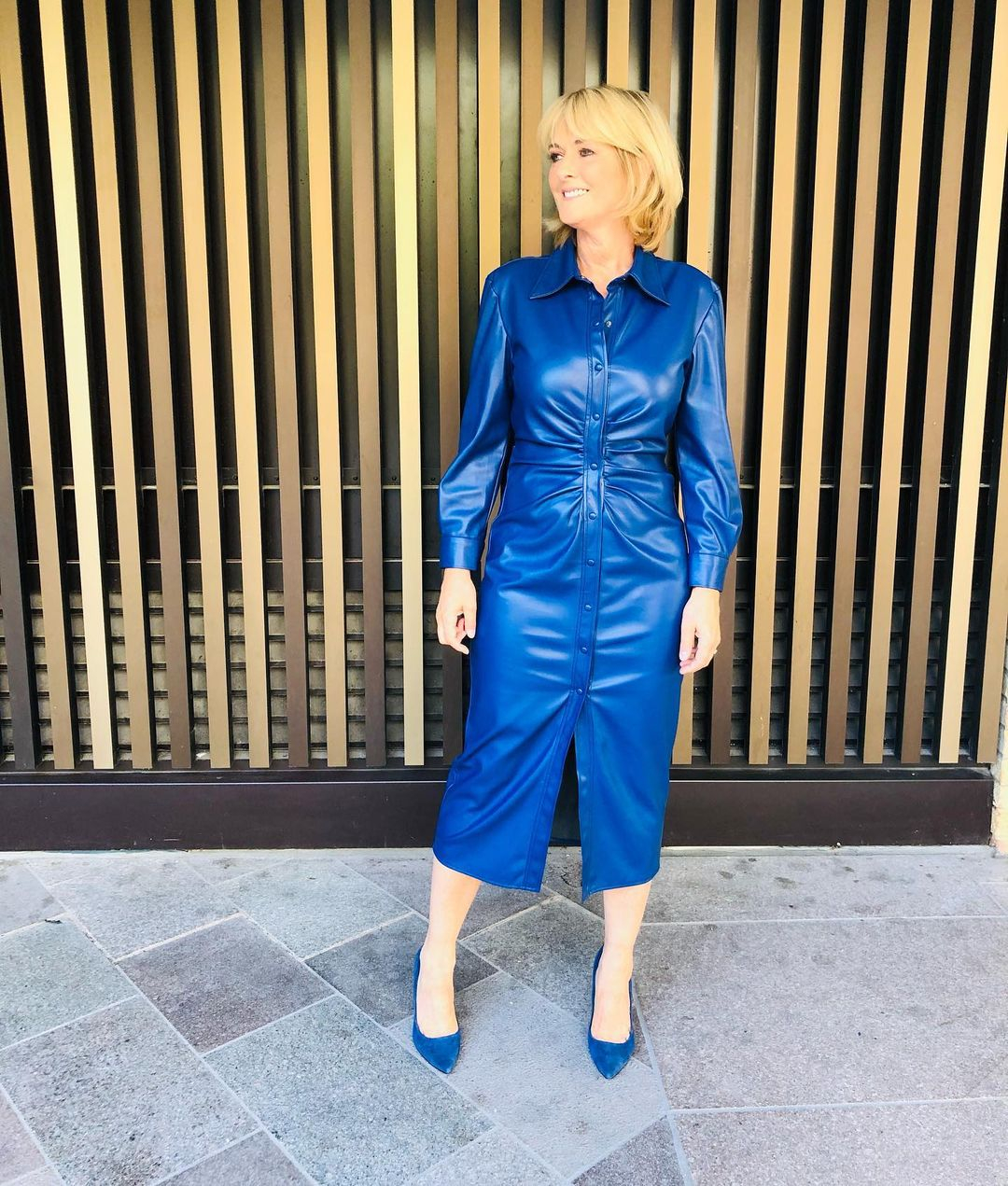 It went straight in the bin with all the others.

After all, being a woman “of a certain age” makes us invisible enough in society, so we should absolutely avoid dreary clothes that make us blend in to the background.

When I hit 50 just under a decade ago, I vowed to swerve a wallflower wardrobe and be “fashionably chic” instead.

Initially, this was easier said than done when the fashion industry seemed in dogged pursuit of the ever-fickle “youth market” while, with a few notable exceptions, largely ignoring the rest of us.

But brands are slowly waking up to the “grey pound” and it is nice to see that reflected in the burgeoning use of older models in magazines and ad campaigns — Sharon Stone on the cover of Elle, Susan Sarandon for Marc Jacobs, Andie MacDowell for Coach, or the original Nineties supermodels on the catwalk.

When I hit 50 just under a decade ago, I vowed to swerve a wallflower wardrobe and be 'fashionably chic'.

Perhaps it is partly down to recent research by the International Longevity Centre which shows the fashion and beauty industry’s failure to cater for older consumers could cost it around £11billion over the next 20 years. 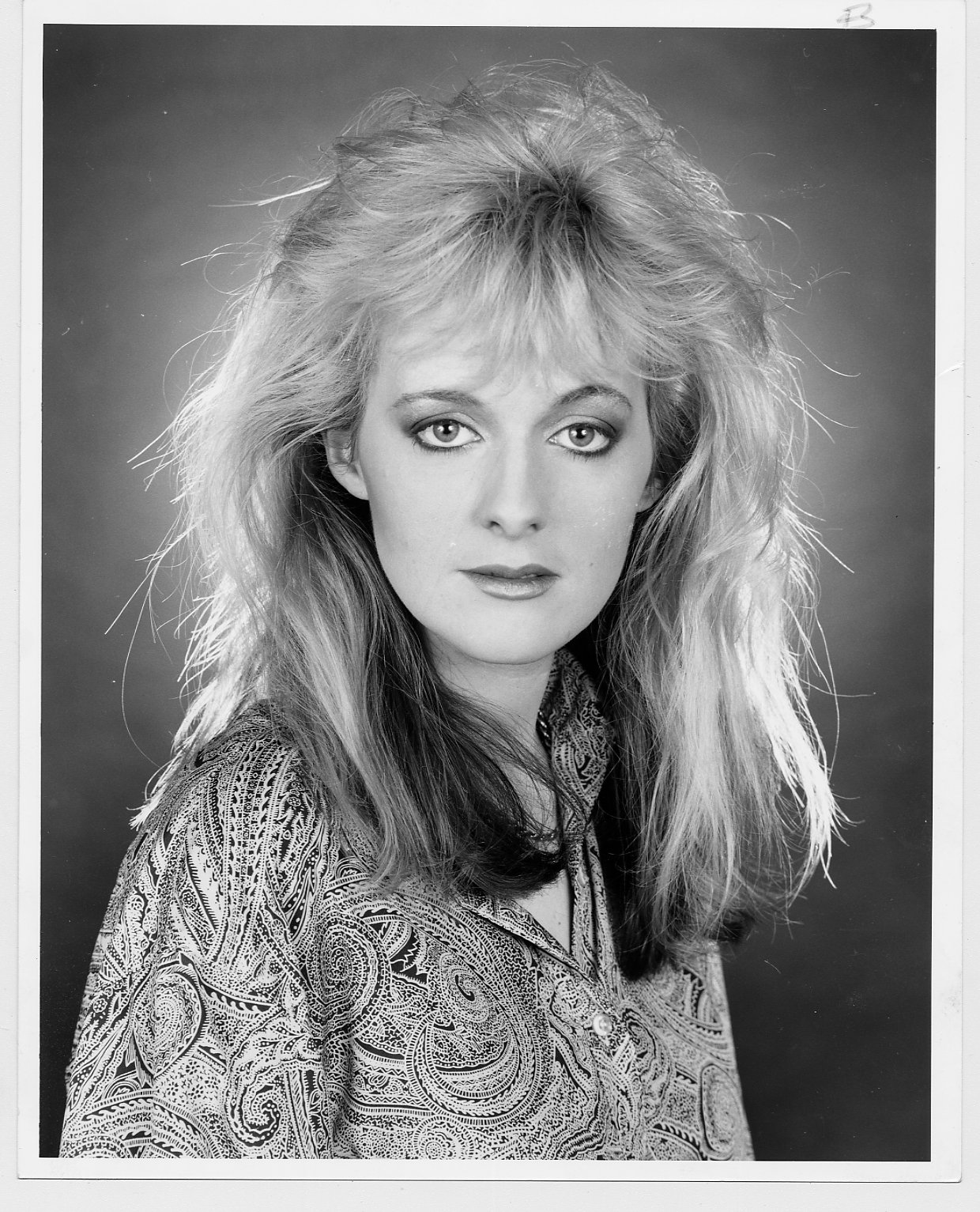 It was jeans and T-shirts all the way

Trustee Diane Kenwood says: “For too long they have been bewilderingly resistant to recognising just how fashionable and stylish the generation of older consumers are and want to remain.

“The potential of these consumers is huge and it has been shamefully sidelined. I do, though, sense a shift in attitudes starting to stir, and I’m hopeful that change will gather momentum.”

Hear hear. And I am hoping to aid that momentum in my new weekly column in Fabulous Daily, where I will showcase some affordable yet stylish outfits to suit all shapes, sizes and, most crucially, ages.

Like most women, my sartorial journey has been a varied one, with plenty of “fashion fails” along the way. Back in the 1970s, my mother was probably right when she said my comically baggy flares “do nothing for you”. But I did not care.

I was a dedicated follower of fashion and I practically slept in them, along with my short-sleeved “pilot” shirt with cloth badges sewn on.

Like most women, my sartorial journey has been a varied one.

I also adored my white jumpsuit (see Abba’s Arrival album cover) and was bereft when my Raleigh bike chain smeared oil up the leg of it. By the early 1980s, I was at journalism college in Cardiff where style icon Steve Strange — later lead singer with Visage — had a shop selling the New Romantic look he was an architect of. 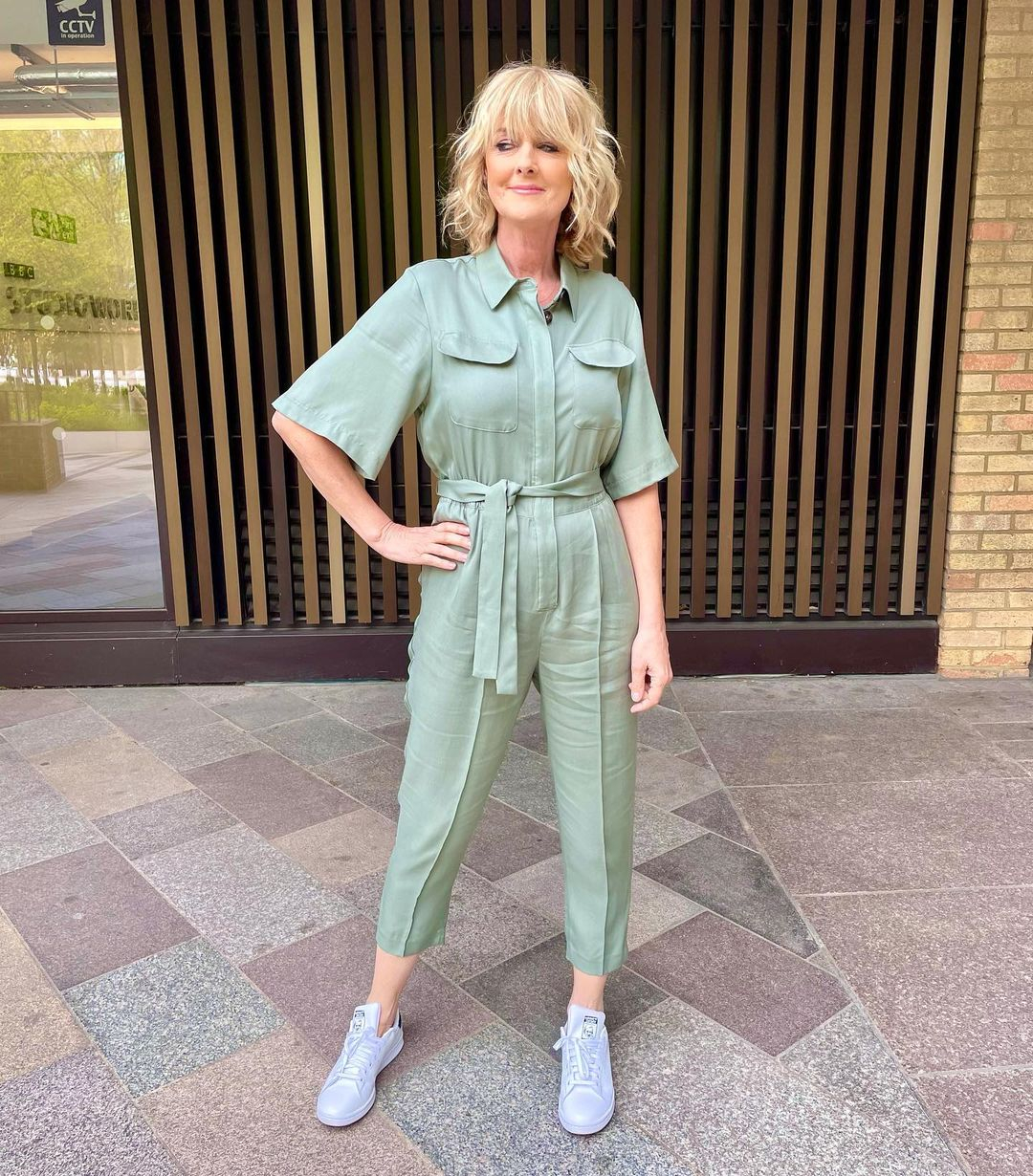 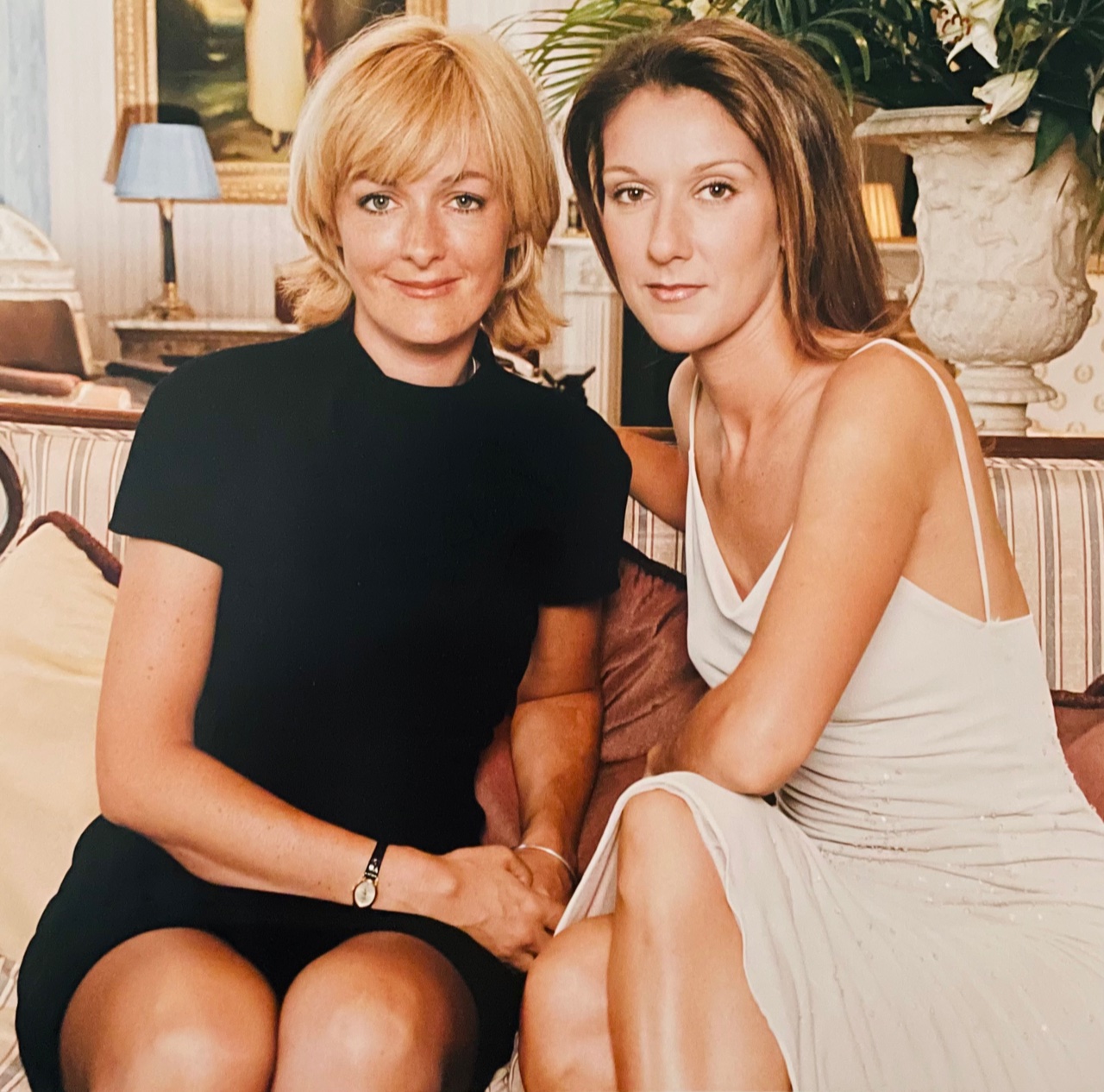 I remember getting the bus to see Spandau Ballet play at a small warehouse in Tiger Bay wearing an excessively frilly white shirt, velvet knickerbockers and curly slippers. I thought I was the bee’s knees. I am not sure the other passengers agreed.

In the mid-1980s, I joined The Sun as editor of the Bizarre pop column when “big hair” was a thing and my picture byline at the time haunts me to this day. Bonnie Tyler eat your heart out.

A large part of the job was hanging out with pop stars, so my fashion sense remained driven by current trends — rara skirts, neon, you name it — so I’d fit in with the crowd.

Bodycon dresses in stretchy fabric were very in then, and I wore my black one (as seen in the photo with Boy George) constantly, teaming it with 1980s clip-on “power earrings”, chunky chain necklaces and patterned lace tights.

I’d happily wear that dress now and, indeed, the stretchy fabric is much favoured by today’s young women, particularly for bikinis. But in the early Nineties, I became a mum and my keen sense of fashion went on the back burner, extinguished by lack of time, or inclination, to shop.

A single mother with a demanding job, I adopted an easy uniform of dark-coloured suits or “work dresses” (see photo with Michael Caine) on rotation. At home, it was pretty much jeans and T-shirts all the way. Nothing wrong with that, of course, as long as they are the right jeans and T-shirt to flatter your body shape, which mine were not. 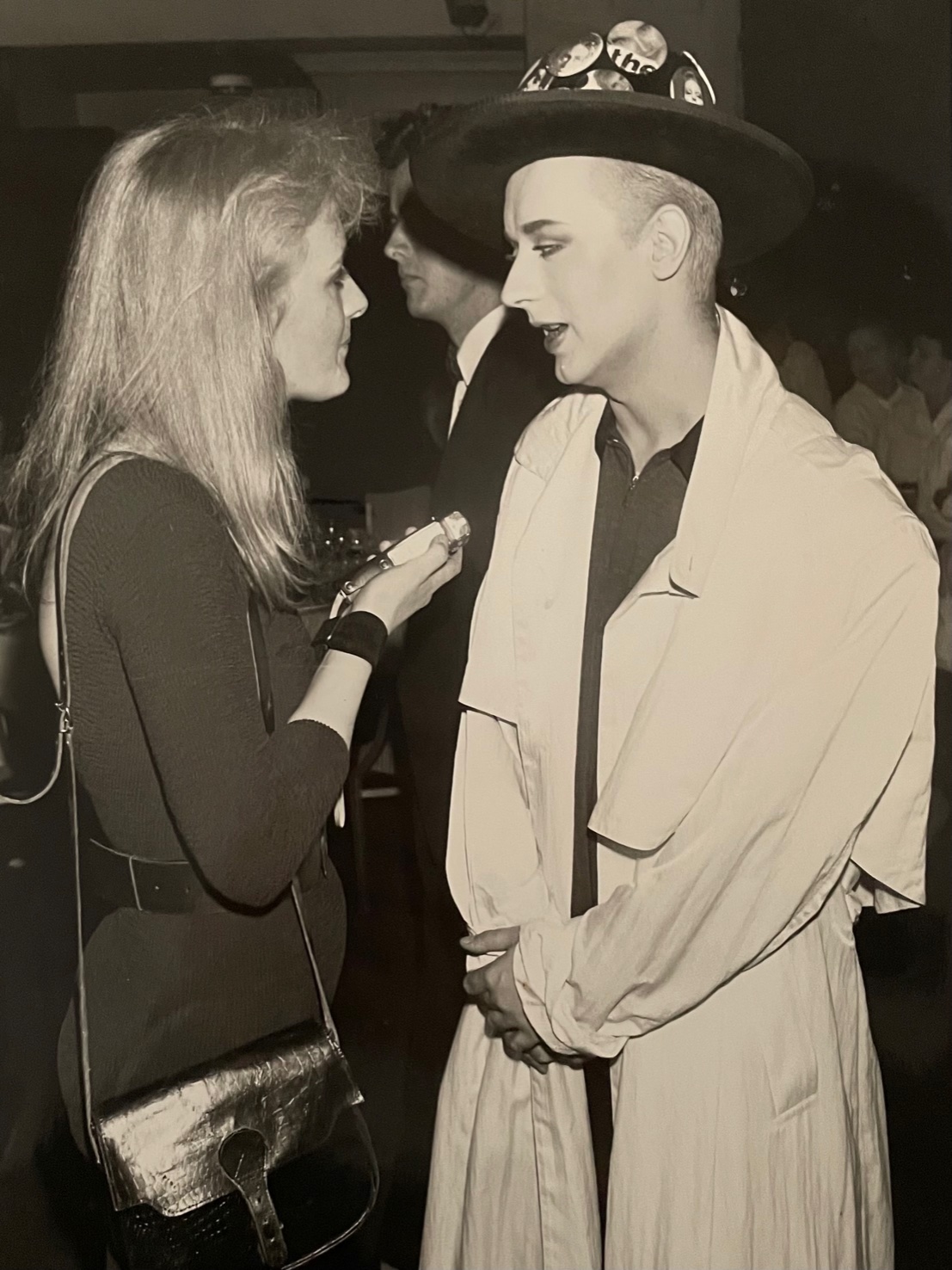 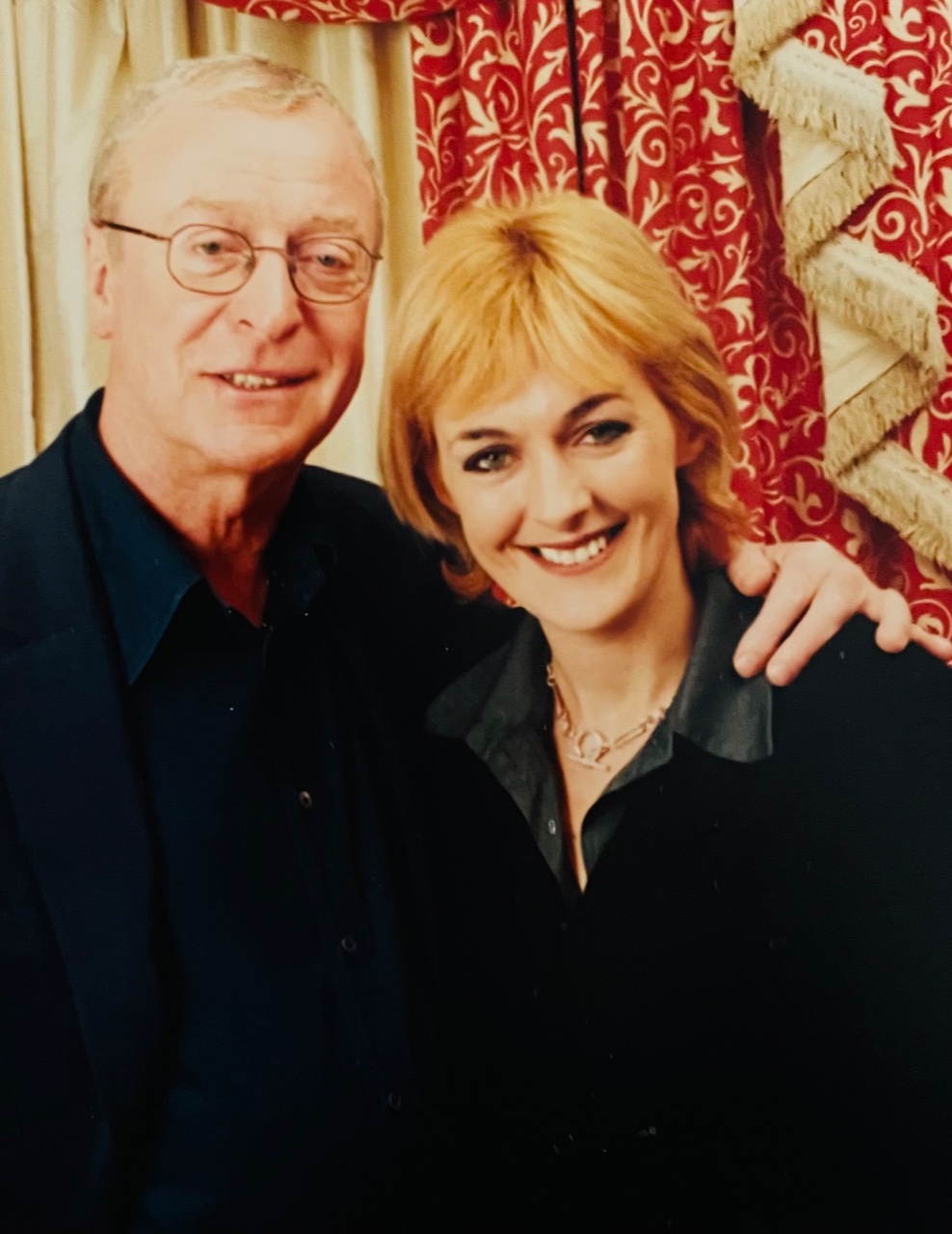 They were in dull colours and shapeless from over-use.

Then, in 1999, I joined the panel of a brand new ITV daytime show called Loose Women and, for the first time, actually saw myself as others might see me — under bright lights, from all angles. In those days, we wore our own clothes, and after viewing my outfits objectively, I realised I was stuck in a bit of a fashion rut.

Slowly, I started to chuck out the same old, same old and introduce warmer hues, tailored shirts, smart rather than tatty trainers and a few good-quality blazers in different colours.

It was a look I would describe as French chic. When the show relocated to Manchester, I moved over to presenting TV documentaries where my new, understated look suited every occasion.

As we get older, we need to choose more wisely for our size, shape and skin tone.

But although stylish, it was still “safe”. Then, in 2013, I rejoined Loose Women — now in London again — and it had a wardrobe department run by two very on-trend women, Gemma Shanley and Bertie Bowen (@mothershoppers on Instagram).

They gently coaxed me into becoming more sartorially adventurous on screen which, in turn, eventually translated to being braver off it, too. 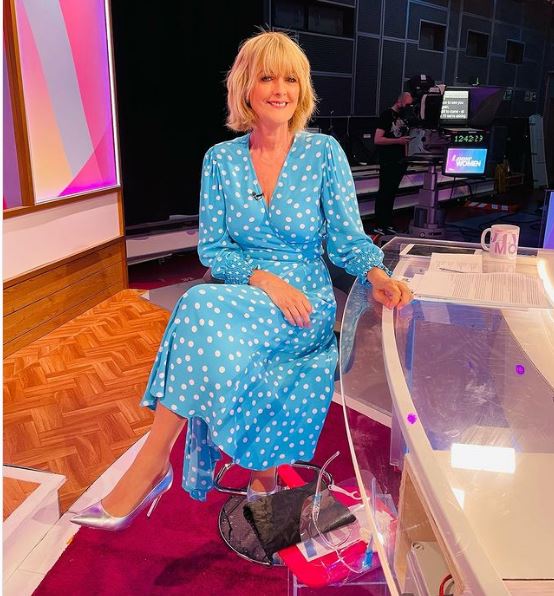 When you are young, you can pretty much wear anything and look good. But as we get older, we need to choose more wisely for our size, shape and skin tone.

Don’t get me wrong. I still have plenty of “jeans and T-shirts” days, but equally, I don’t think twice about doing the weekly shop in a bright pink jumpsuit.

I realised that the fashion constraints placed on older women by certain sections of society were their problem, not ours. To hell with them. If you feel good in it, that is all that matters.

Recently, Hello! magazine said of one of my own outfits: “Jane Moore is fast becoming one of the most fashion-forward presenters on TV thanks to her love of bold colours, statement prints and dramatic detailing.”

Together, let’s embrace stylish fashion — whatever our age.

It was a real boost that encouraged me to keep fighting the fashion fight for women like me.

When I first joined Instagram (@janepmoore) in 2015, I rapidly realised that the posts about my clothes attracted a lot of interest and comments from other women, but a lot of them have misconceptions of what they can and can’t wear because of their age. 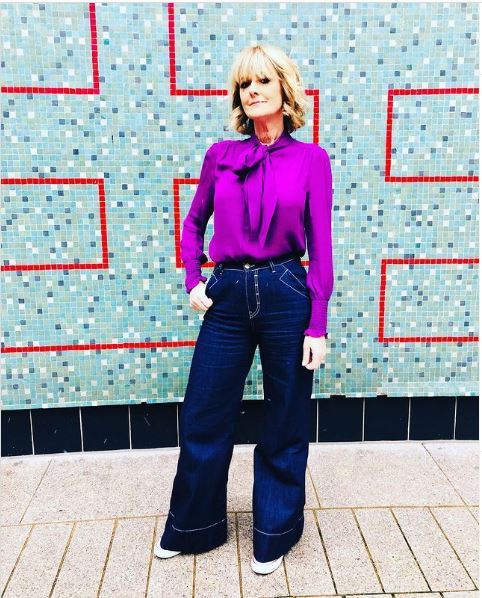 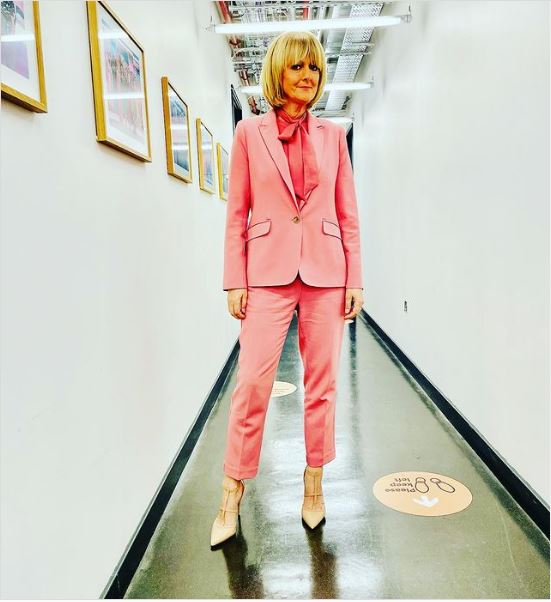 I’m too old for jeans”, “My legs are too short to wear a jumpsuit”, “I’m not tall enough to wear trainers”, “Nothing fits”. To all of which I say: “Poppycock.” The right jeans will look good on you. Taking up a hem will give the illusion of longer legs.

So, each week in my Saturday Shop column I’ll be covering all the fashion dilemmas and curating the best trends that won’t cost the earth.

I also want your input. If there is a clothing conundrum you’d like solved, let me know on Instagram or email [email protected] Or, if you’re proud of a new outfit, send me a photo of you in it. Together, let’s embrace stylish fashion — whatever our age.