Samantha LaLiberte, a social worker in Nashville, thought she had made a full recovery from Covid-19. But in mid-November, about seven months after she’d been sick, a takeout order smelled so foul that she threw it away. When she stopped by the house of a friend who was cooking, she ran outside and vomited on the front lawn.

“I stopped going places, even to my mom’s house or to dinner with friends, because anything from food to candles smelled so terrible,” Ms. LaLiberte, 35, said. “My relationships are strained.”

She is dealing with parosmia, a distortion of smell such that previously enjoyable aromas — like that of fresh coffee or a romantic partner — may become unpleasant and even intolerable. Along with anosmia, or diminished sense of smell, it is a symptom that has lingered with some people who have recovered from Covid-19.

The exact number of people experiencing parosmia is unknown. One recent review found that 47 percent of people with Covid-19 had smell and taste changes; of those, about half reported developing parosmia.

“That means that a rose might smell like feces,” said Dr. Richard Doty, director of the Smell and Taste Center at the University of Pennsylvania. He noted that people typically recover their smell within months.

Right now, Ms. LaLiberte can’t stand the scent of her own body. Showering is no help; the smell of her body wash, conditioner and shampoo made her sick.

What’s more, she detected the same odor on her husband of eight years. “There is not a whole lot of intimacy right now,” she said. “And it’s not because we don’t want to.”

“It’s a much bigger issue than people give it credit for,” said Dr. Duika Burges Watson, who leads the Altered Eating Research Network at Newcastle University in England and submitted a journal research paper on the topic. “It is something affecting your relationship with yourself, with others, your social life, your intimate relationships.” 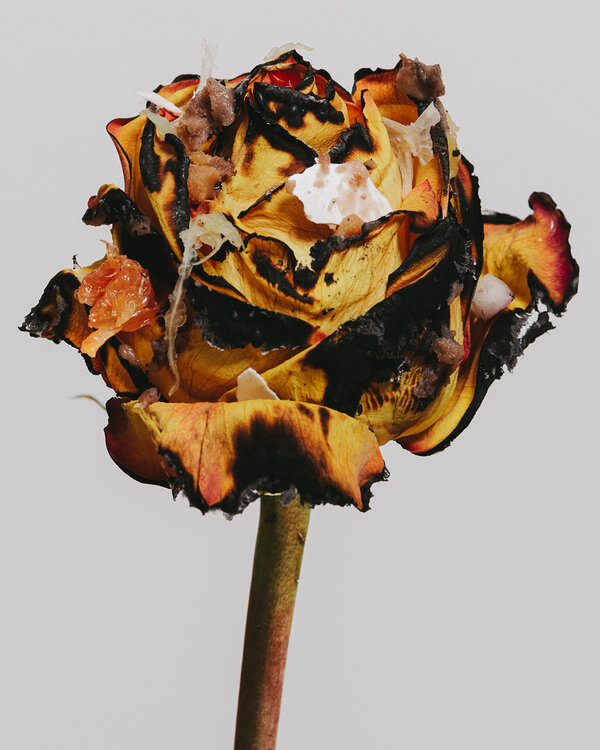 Many sufferers of parosmia lament the loss of social customs, like going out to dinner or being physically close with loved ones, especially after an already-isolating year.

“For me it’s a freaking battle,” said Kaylee Rose, 25, a singer in Nashville. She’s been playing live music in bars and restaurants across the country, and walking into those spaces has become unpleasant. “I was in Arizona for a show, and we went into a restaurant and I almost threw up,” she said. But having to deal with people’s reactions to her condition is almost worse.

“My friends keep trying to get me to try their food because they think I am exaggerating.” Now she skips most social gatherings, or goes and doesn’t eat.

Jessica Emmett, 36, who works for an insurance company in Spokane, Wash., got Covid twice, once in early July and once in October. Parosmia has been a lingering symptom. “I feel like my breath is rancid all the time,” she said.

Before she touches her husband, she uses mouthwash and toothpaste. Even then, she can’t shake the feeling that she stinks. And it’s not just her breath. “My sweat, I can smell it, and it’s altered a bit,” she said.

The result: a lot less intimacy. “There is no really passionate, spontaneous kissing,” she said.

Her only consolation is that she’s been with her husband for more than 20 years. “How would you explain this to someone you are trying to date?” she said.

Dr. Burges Watson said she has come across young people with parosmia who are nervous to make new connections. “They can be repulsed by their own body odors,” she said. “They find it very difficult to think about what other people might think of them.”

When Ms. Rose first started experiencing parosmia, her boyfriend didn’t understand it was a real condition. And though more sensitive to her needs now, it still can feel lonely. “I wish for one meal he could be in my shoes,” she said.

She has also had family members who think she is overreacting. She remembers one day close to Thanksgiving, when her mother ordered her a special meal with a smell she could tolerate, and her sister accidentally ate it. A fight ensued. “My sister thought I was being overly sensitive,” she said. “That was really frustrating.”

Many people with parosmia feel isolated because people around them don’t get what they are going through, Dr. Doty said. “They hope people can relate to their problems, but often they can’t.”

Ms. LaLiberte said she can finally sit next to her husband on the couch. “I am still self-conscious about myself though,” she added. “Mine hasn’t improved yet.”

Some parosmia sufferers have turned to Facebook groups to share tips and vent to people who can relate to their symptoms. “I went to the doctor, and the doctor legitimately looked at me like I was a crazy person,” said Jenny Banchero, 36, an artist in St. Petersburg, Fla., who has had parosmia since early September. “It wasn’t until I joined a Facebook Group that I learned people take this seriously.”

Sarah Govier, a health care worker in England who experienced parosmia after getting Covid-19, created Covid Anosmia/Parosmia Support Group over the summer. “The day I opened it in August, five or six people joined,” she said. “By January we hit 10,000 people.” Now it has nearly 16,000 members.

Another Facebook group, AbScent, which was started before the pandemic and is associated with a charity organization, has seen increased interest. “People are coming from all over, from South America, Central Asia, Far East Russia, the Philippines, Australia, New Zealand, South Africa, India and Canada,” said Chrissi Kelly, the founder of AbScent.

In March, Siobhan Dempsey, 33, a graphic designer and photographer in Northampton, England, posted to the Covid Anosmia/Parosmia Facebook group: “I’m happy to say that I have now got 90 percent of my taste and smell back after almost a year of catching Covid.” She was flooded with congratulatory remarks.

It had been a long journey for her. For months, everything had a burning, chemical odor. Vegetables, which made up most of her diet since she is a vegetarian, were intolerable. “Anything sweet was terrible,” she said. “Dr. Pepper, Fanta, it was disgusting.”

In the past few weeks, however, she’s noticed a shift. “It sounds cliché, but this past weekend in the U.K. was Mother's Day, and my partner and 3-year-old boy bought me flowers,” she said. “I was like, ‘These smell really nice.’”