SYLVIA Brune was unemployed when she started booking flights for her friends through WhatsApp – and never considered charging for the service.

But soon the 38-year-old mum, who lives in Shoreditch, East London, was working round-the-clock helping business travellers she'd never met thanks to her pals' recommendations. 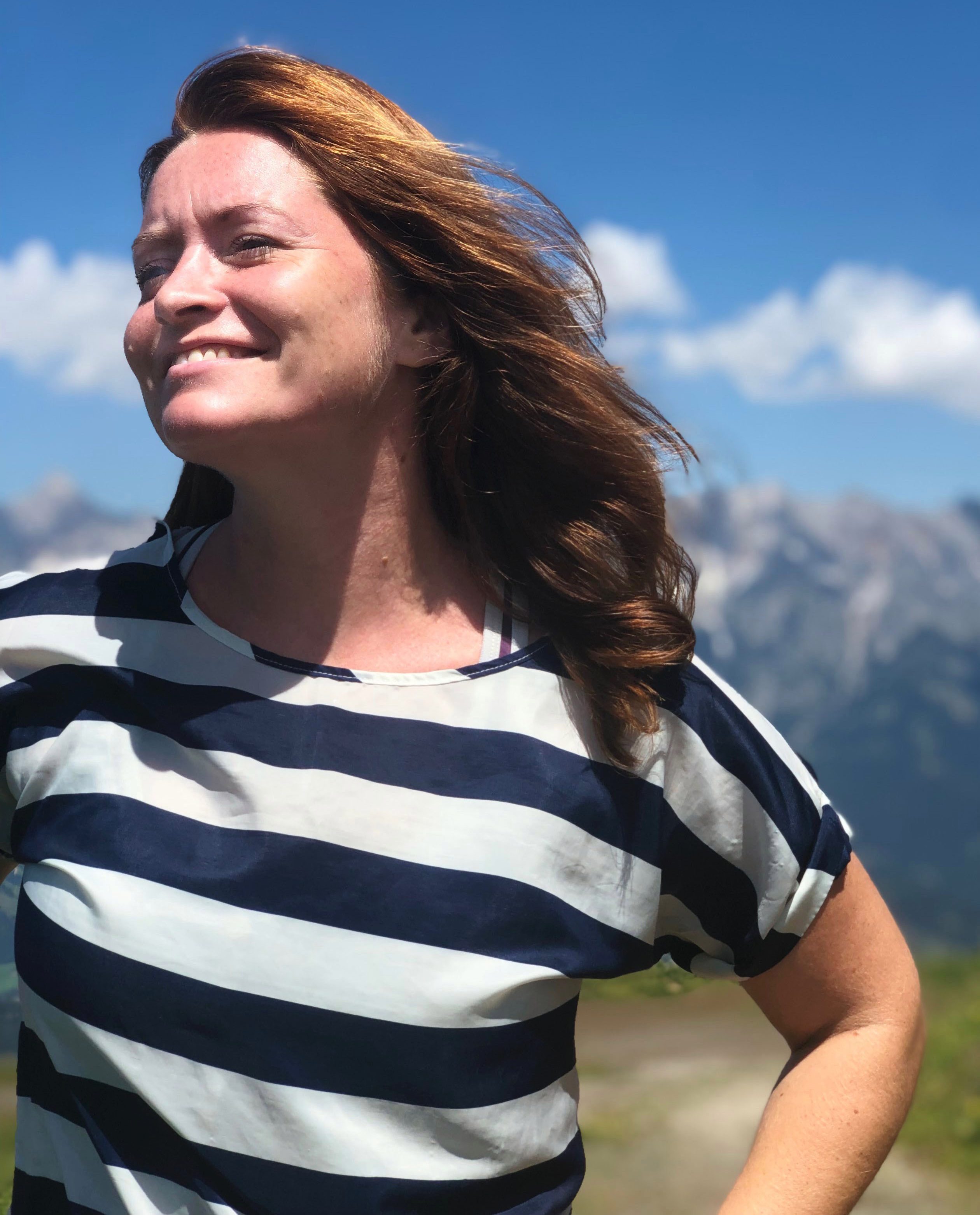 Sylvia didn't think of it as a business until she ran out of money – and realised it was time to make her travel concierge profitable.

After a gentle nudge from a mate, AHOY was born – and it's just turned over £1 million in six short months.

Sylvia, who's half British and half Norwegian, was living in Berlin, Germany, when she launched the WhatsApp service in August 2015.

Her business offers 24/7 support for business travellers, dealing with missed flights, changing schedules and bookings up to an hour before take off – and is no longer run from WhatsApp.

She spoke exclusively to Fabulous Digital for #BOSSINGIT, our series about ordinary women who have launched incredible businesses. 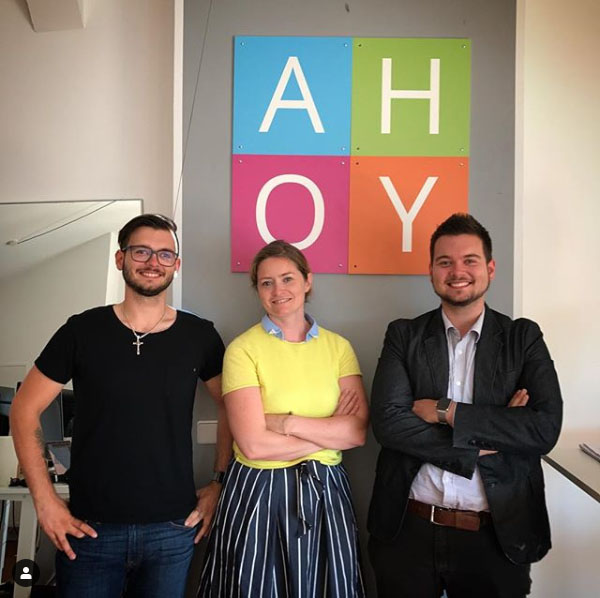 Sylvia, who used to work for a start-up bootcamp in Nairobi, said: "My idea came from having to travel round Africa a lot for work when I lived there.

"It was a bloody nightmare. Nothing worked, nothing was streamlined and we lost a lot of money.

"I wondered why travel seemed so broken and if other people had the same issues.

"Out of curiosity, I sent my WhatsApp number to three frequent flyers I knew travelled for business, and told them to get in touch if they had any problems.

"Over the course of the next three or four months, that WhatsApp number went crazy.

"One of my first clients was an Uber launcher, then within a couple of months I had 30 Uber launchers on her service.

My WhatsApp was beeping 24/7. The first thing I would do when I woke up at 5.30am was to check my phone

"Then I'd go to bed about midnight, maybe later, because there were always messages coming in the evening – with people planning flights for the next morning.

"I slept with my phone under my pillow at the time, because I would frequently get a WhatsApps at 3am with people like, ‘I’m not going to make my flight in the morning, can we cancel it?’

"It got to the point where I would get a minor heart attack every time I heard that WhatsApp sound, because I was like 'f*** there's a problem and I have to fix it now'.

"But in a very short time frame, I learned a lot about travel and airlines, what travellers love and hate."

HOW DOES AHOY WORK?

September 2018: After bringing on co-founders and investors, Sylvia launches AHOY in its current form – no longer run from WhatsApp.

So how does it work?

Despite having a great idea, Sylvia was slow to profit on her travel concierge business.

She said: "I was working full-time for this crazy WhatsApp service.

"A month and a half in, someone WhatsApped me and asked how much I charged – so I just made up a number.

If you mess that up, you've f***ed up someone's life, so I was constantly nervous

"I was actually hoping some people would drop off, but they all just started paying.

"Eventually I ran out of money. I was so tired and rundown.

"A friend sat down with me and said 'you're crazy, you're running yourself into the ground. You need to either shut it down or find some tech people, who can turn it into a product'." 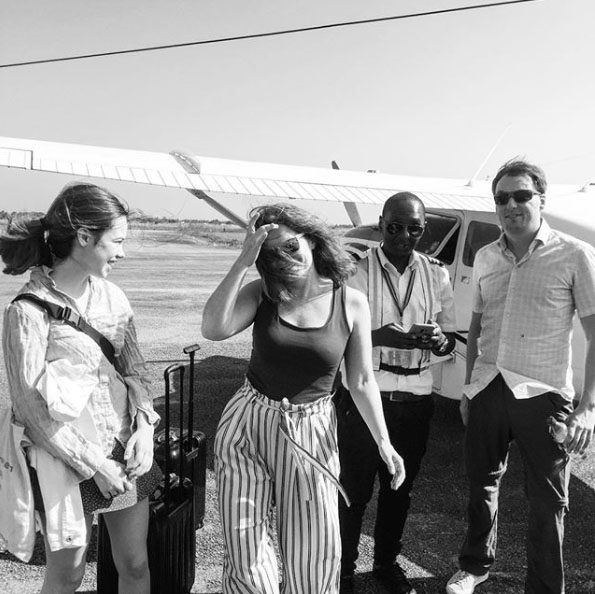 Sylvia, who's mum to Lana, 14, moved to London in March last year and finally launched her app in September.

She said: "We take all the stress away and give our customers peace of mind while they're travelling.

"With a couple of clicks of a button, they can say 'the meeting's run over, I need to take a later flight'.

"I wanted to make sure the tech was perfect before launching, because it's business people who need to make their meetings and get home to their families on the weekend.

"If you mess that up, you've f***ed up someone's life, so I was constantly nervous.

"Last year one of our customers, who's now an investor now, said 'Sylvia what are you scared of? You just need to bite the bullet and launch it, then figure it out as you go along'."

But not everyone was a fan of Sylvia's business, which saw her working throughout the evenings and weekends for years.

She said: "When she was nine or 10, my daughter told me ‘Mum you're spending all your time on this business and it's going to fail. And by the time it’s failed I will be too old to want to spend any time with you anymore and then you would have missed my entire childhood.’

"She hated my company for a long time but it's become a lot more manageable now I have a full-time team.

"Although Lana's 14 now and it's true, she doesn't want to spend too much time with me anymore."

SLYVIA'S ADVICE TO WOMEN THINKING ABOUT STARTING A BUSINESS

Sylvia has two co-founders, one partner and multiple investors.

"In April, we integrated with SkyScanner, so people could book through there.

"In May, we had 1,500 bookings by different travellers. Now we want to work with Kayak and Google Flights.

"Last year our turnover was £400,000 but just in the last six months it's gone over £1 million. So hopefully we're cracking the code."

In last week's Bossing It, we spoke to a mum who quit work to care for her premature baby, now her swimwear company has turned over £250,000 and is adored by Love Island stars.