WHEN Dani Wallace was four months pregnant with her second baby, she made the brave decision to leave her abusive ex after he tried to strangle her at a wedding.

Now 37, the single mum struggled to keep up her mortgage and was eventually left homeless with two kids under three. 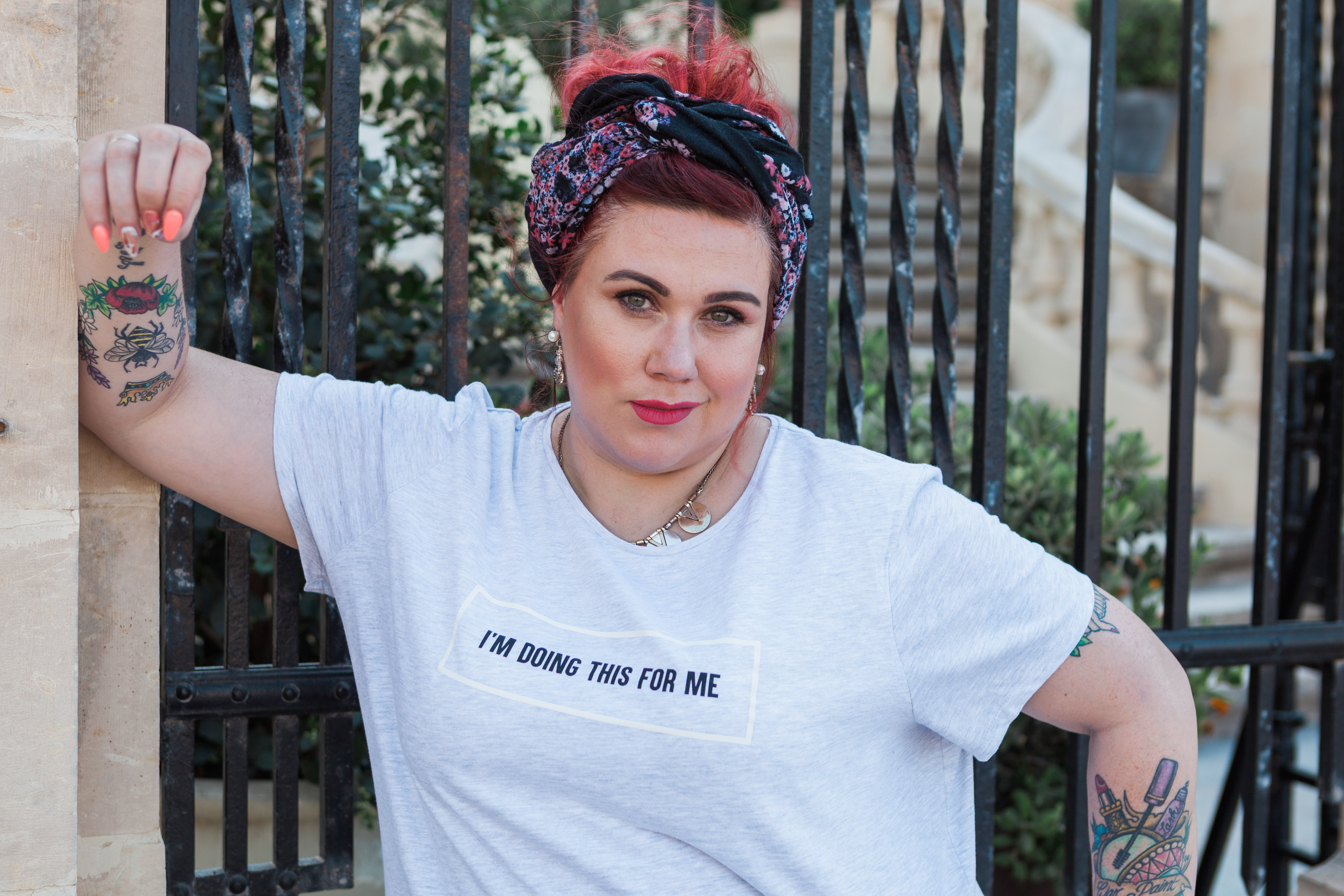 But the author and coach, from Preston, slowly rebuilt her life and is now the proud owner of a £375,000 home – after 30 years of living in council housing.

Dani – who's mum to daughters Poppy, 13, Daisy, 11, and Ivy, five – is also happily married to Mark Wallace, 35, who works as chief of operations for her movement I Am The Queen Bee.

The company aims to inspire other people to make the same changes Dani did – and become the best version of themselves.

Speaking to Fabulous, she says: "From early on, I was aware Daisy's dad was cheating but my self-worth was so low, I didn’t believe anybody else would have me. 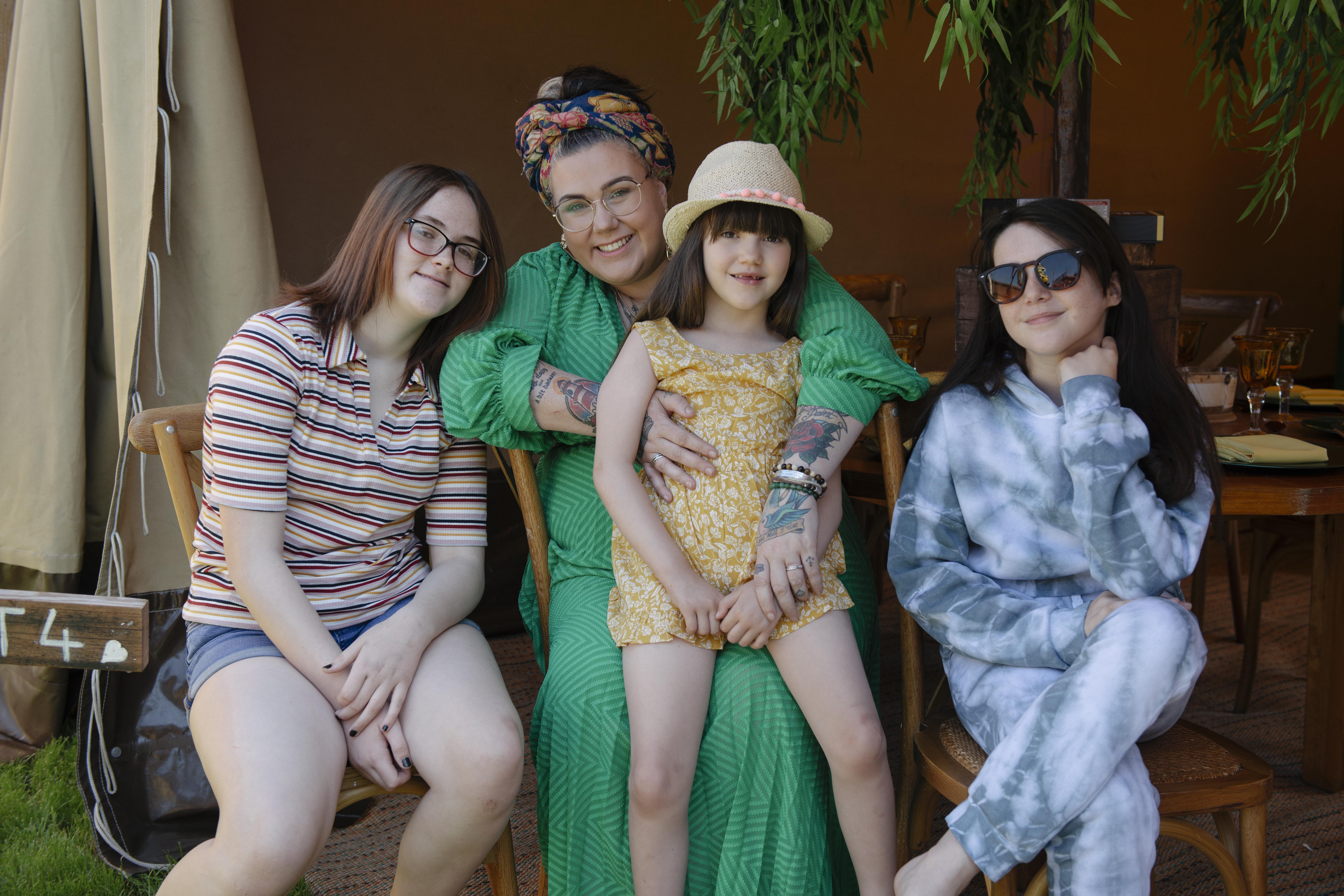 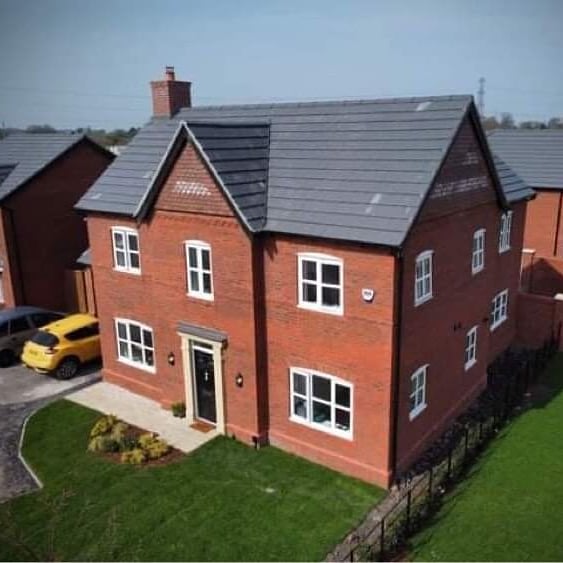 "He was also a very heavy drinker and sometimes things would turn violent. We often had police intervention.

"Eventually when I was four months pregnant with his baby, it came to a head when he attempted to strangle me at a friend's wedding.

"He was given a non-molestation order in autumn 2010. It got to a point when we needed a court injunction to separate us from each other, because we were just horrific magnets.

"Many people in abusive relationships keep going back, because you're going through trauma and you're in survival mode.

"I was also being told ‘you’ve got two children by two different dads now. No-one’s going to have you’.

"Being in that vulnerable place, it’s hard not to believe. Eventually we had to have the court untangle us."

My ex would tell me ‘you’ve got two children by two different dads now. No-one’s going to have you’. Being in that vulnerable place, it’s hard not to believe

In her early 20s, Dani travelled to Europe to sing on stage, before returning to the UK and getting a corporate job in HR, training senior managers.

She says: "I felt like I had this husband-shaped hole, so I settled down with the first guy who came along and was kind to me. We bought a house, had a baby and sent out the invites to our wedding.

"Then he woke up one morning in May 2008, after four years together, said ‘I’m not ready for any of this’ and left.

"That left me feeling really vulnerable. I thought I'd created the perfect life but suddenly it fell apart, leaving me a single mum.

"I ended up in a relationship with someone I now realise was a narcissist.

"There's a symptom of domestic abuse called love bombing, where the person will ingratiate themselves so hard in so many parts of your life that you feel like you can't live without them.

"This partner came in and decorated my house, he helped me with the baby. I was on my knees, I’d had the rug pulled out from underneath me, and I fell for everything he was saying." 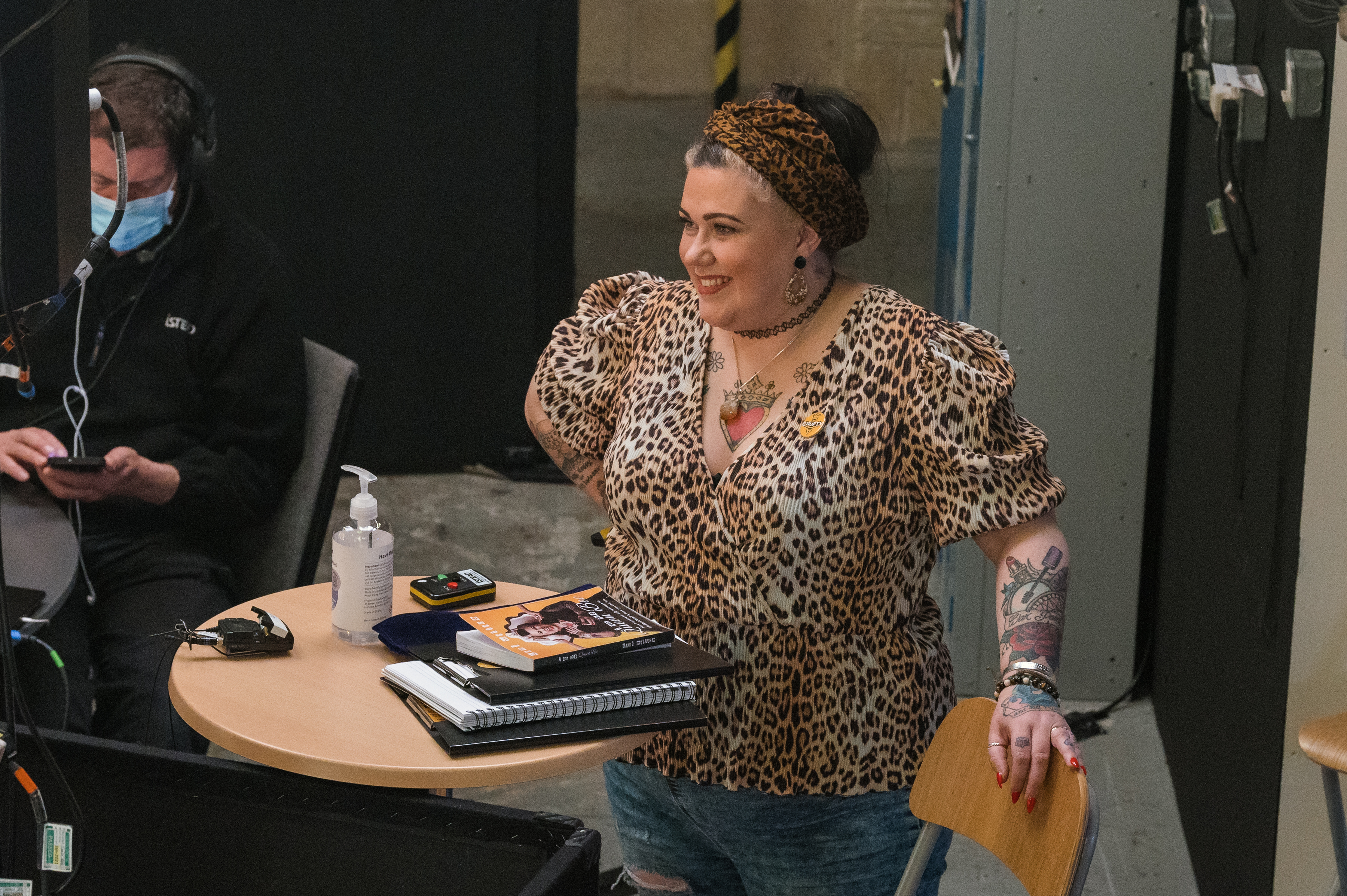 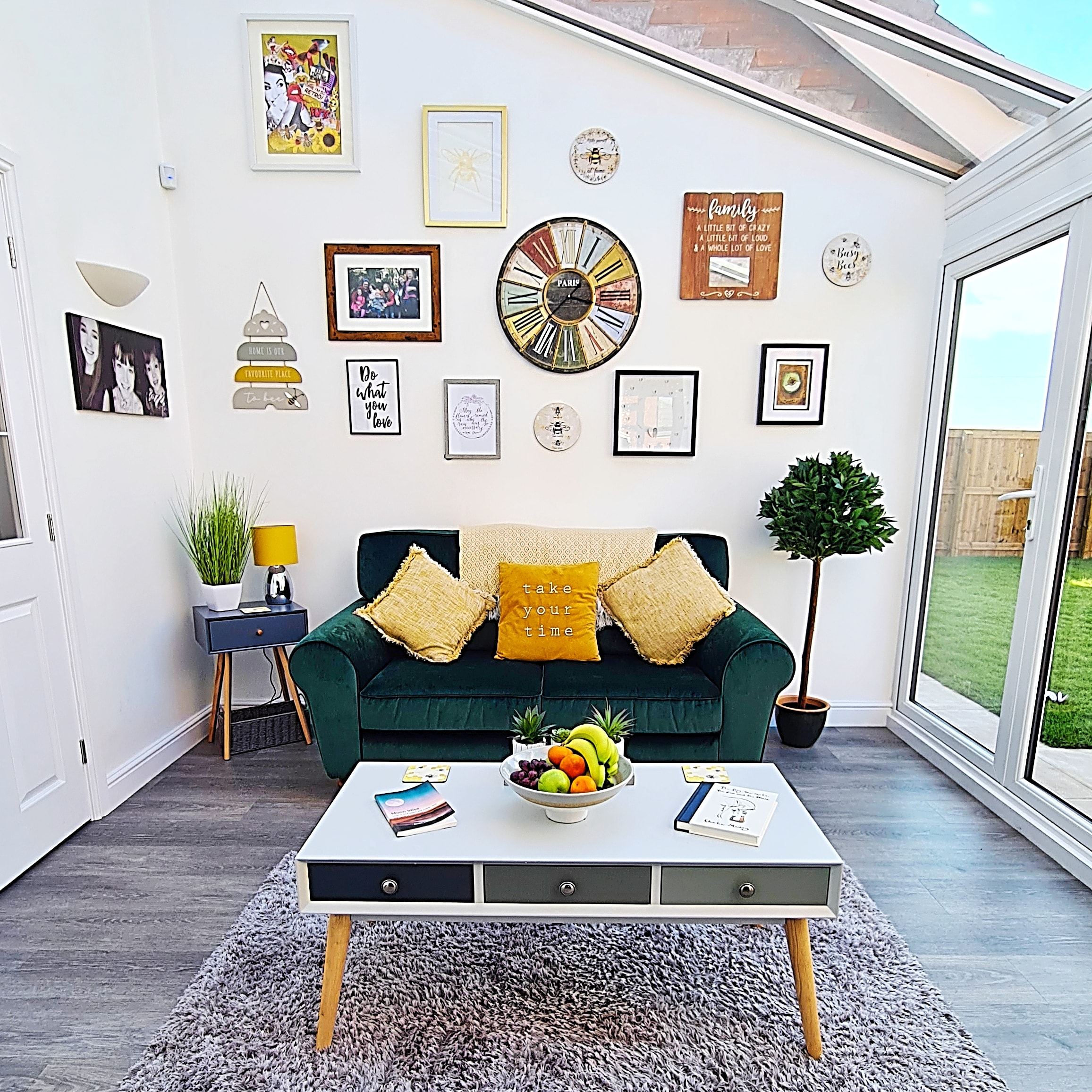 Dani, who grew up on a council estate in Preston, now realises she was trapped in a "cycle of abuse", having grown up seeing it happen in her community.

Left at rock bottom after the relationship ended, she struggled to keep hold of her home.

She says: "I was on my own with two children under the age of three. Keeping the kids in a full-time nursery was like paying a second mortgage.

"And when you own property, you can't get things like housing benefits or any assistance. So I couldn’t afford to keep the house and it got repossessed.

"We were homeless and sofa surfing for three and a half months, relying on food banks, but luckily I’ve got an incredible support network.

"Eventually we had to access council services and support. At first I felt shame about that. But when I asked for help, things started to get better.

"They didn't know what was going on in my corporate job. I was hanging on for dear life. Sometimes my mum would look after my kids for a few days and I'd work out of London.

"It really goes to show these things can happen to anybody. You can lose everything in the click of a finger."

I was on my own with two children under the age of three, I couldn't afford to keep the house. We were homeless and sofa surfing for three and a half months, relying on food banks, but luckily I’ve got an incredible support network

Dani's luck changed when a friend's parents decided to rent out their house – and took a chance on her.

She says: "They didn’t do a credit check or anything, they just trusted me to pay the rent each month. That’s how I started to build things back up again."

Nine years ago, Dani entered a new relationship with Mark, who she met through work, and they're now happily married.

But despite the glossy exterior of marriage, three kids and a good job, Dani was still struggling behind the scenes and the family were back in social housing.

She says: "Even when I was working in the corporate sector, because my life underneath was so tumultuous and rocky, all my money went on nursery and childcare.

"I would have been financially better off to come out of work and I found that ludicrous. I didn’t want to be beholden to the state just to survive, I wanted to be able to thrive." 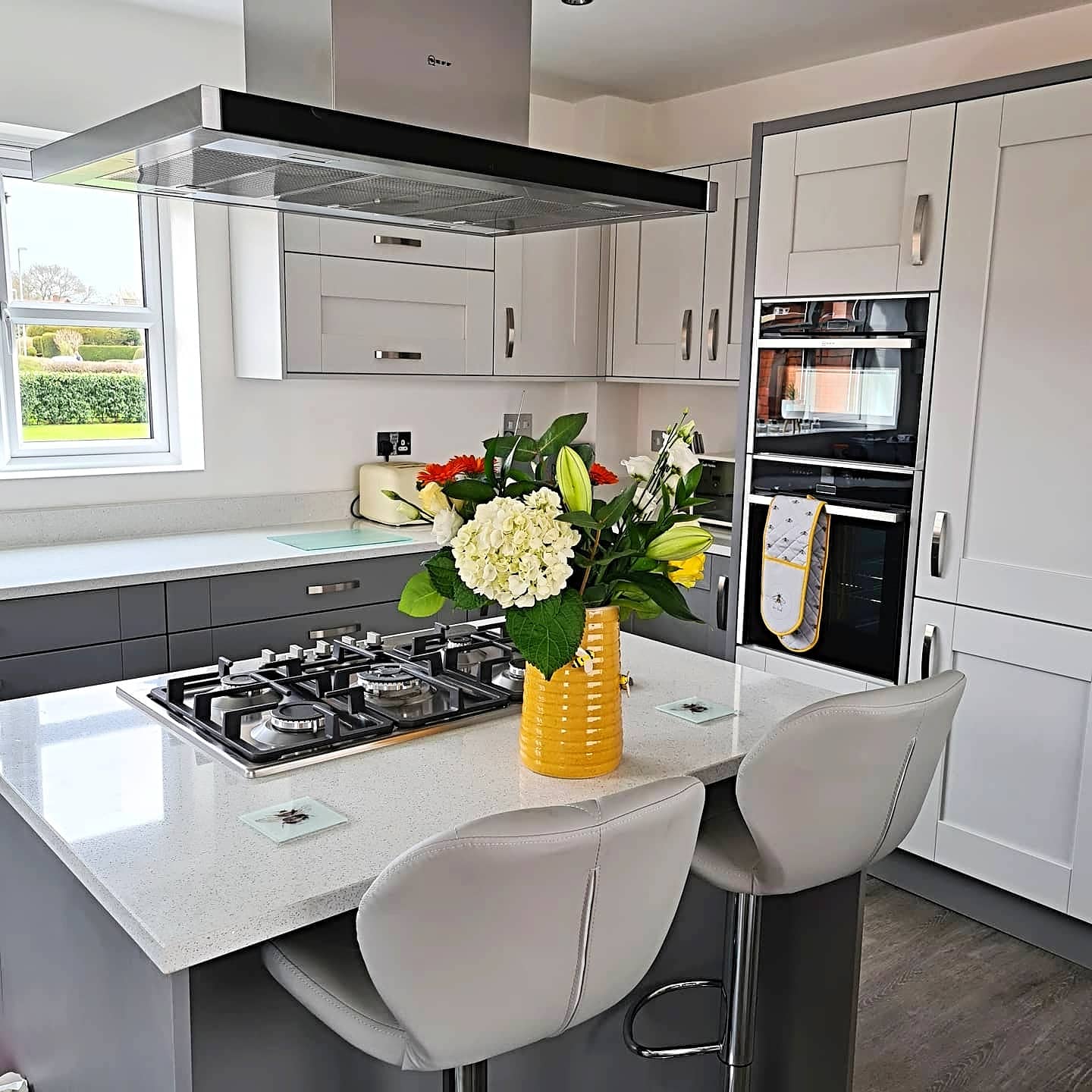 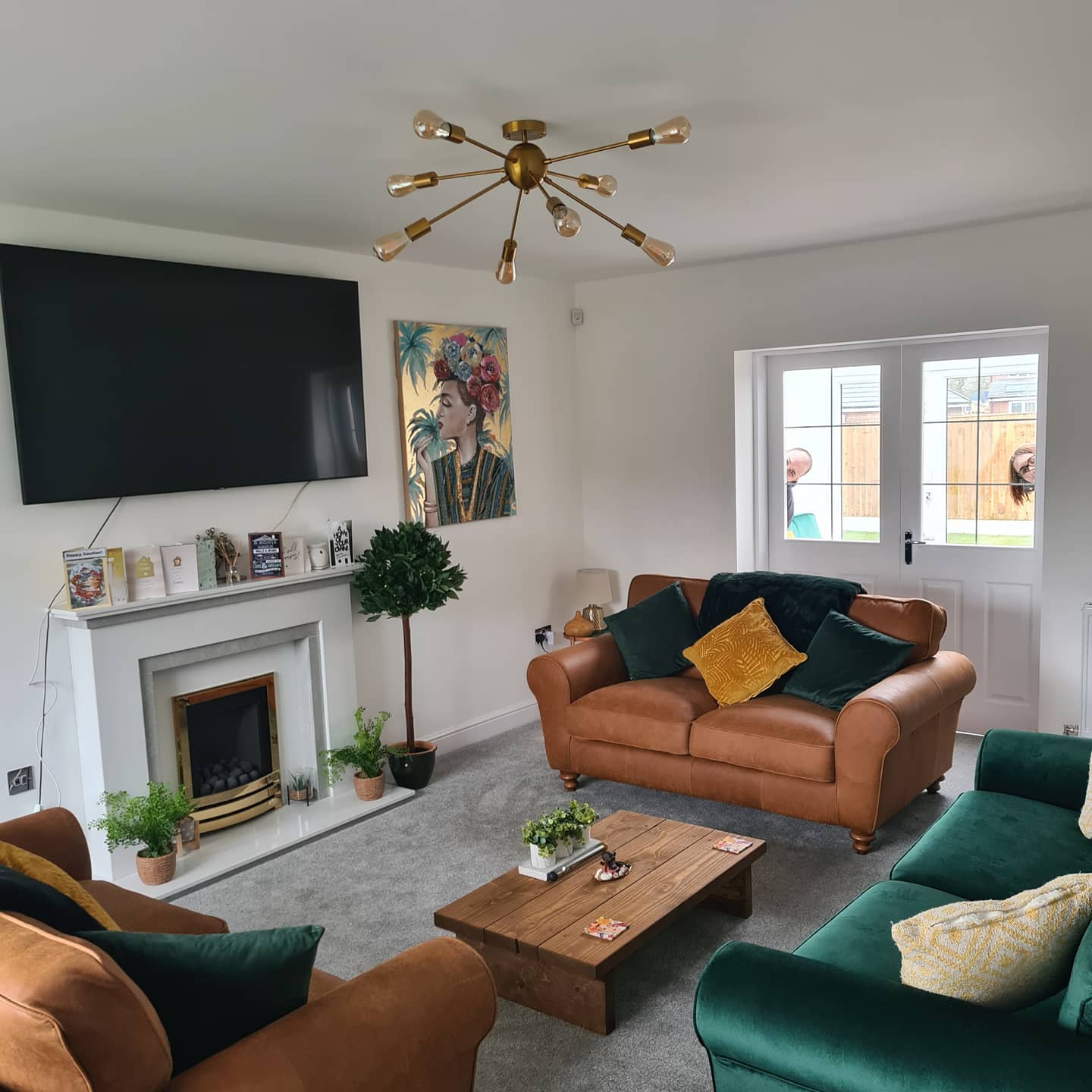 Six years ago, Dani quit her corporate job to return to singing – and started doing regular Facebook Lives while putting her make-up on.

She says: "Without even realising it, I was building an audience.

"I had this skillset from the corporate sector, because I'd worked with some phenomenal global brands in their learning and development departments, as well as 20 years' experience on stage.

"One day, I thought 'why don't I put this to good use?' That's how IATQB was born, just under three years ago. I started a Facebook group, a community and started to put on live events, then created course programmes about speaking.

"At the beginning of lockdown, I set up what I call my fake telly show on Facebook – the Show Up, Rise Up, Wise Up show.

"It was really to motivate me to get out of bed in the morning. At 8am, I would go live while getting ready for my work day.

"It gained traction, I started interviewing celebrities and the business skyrocketed. It's been a bit of a rollercoaster since then."

We lived on a really rough estate. We were having our tyres slashed and our windows put through. The kids couldn't play out, it wasn't safe. Now we’ve been able to create this amazing life for ourselves

IATQB is now a team of five, including Dani, as well as working with freelancers.

The business makes cash from her Bee Inspired and Bee Heard programmes, which launch twice a year, as well as the live events.

The most recent Bee Inspired event was held in Manchester at the beginning of October, with guest speakers including Gogglebox's Sandra Martin.

Dani says: "I started the business with £300 in my back pocket to set up a Wix website. I wasn’t able to invest in the business, I had to invest as I went.

"There was a lot of trial and error, but I grew the business to six figures in 12 months. We’re about to hit a quarter of a million in turnover, since January last year, which is absolute insanity.

"The first launch of my online programme turned over £16,000. I thought it was a fluke, that's a year's wage for some people I know, but we're on track to turnover six figures from the next launch.

"It's crazy how people have really bought into the vibe of what IATQB’s all about. Every time we grow, we reinvest, and our events sell out not only in real life but online as well." 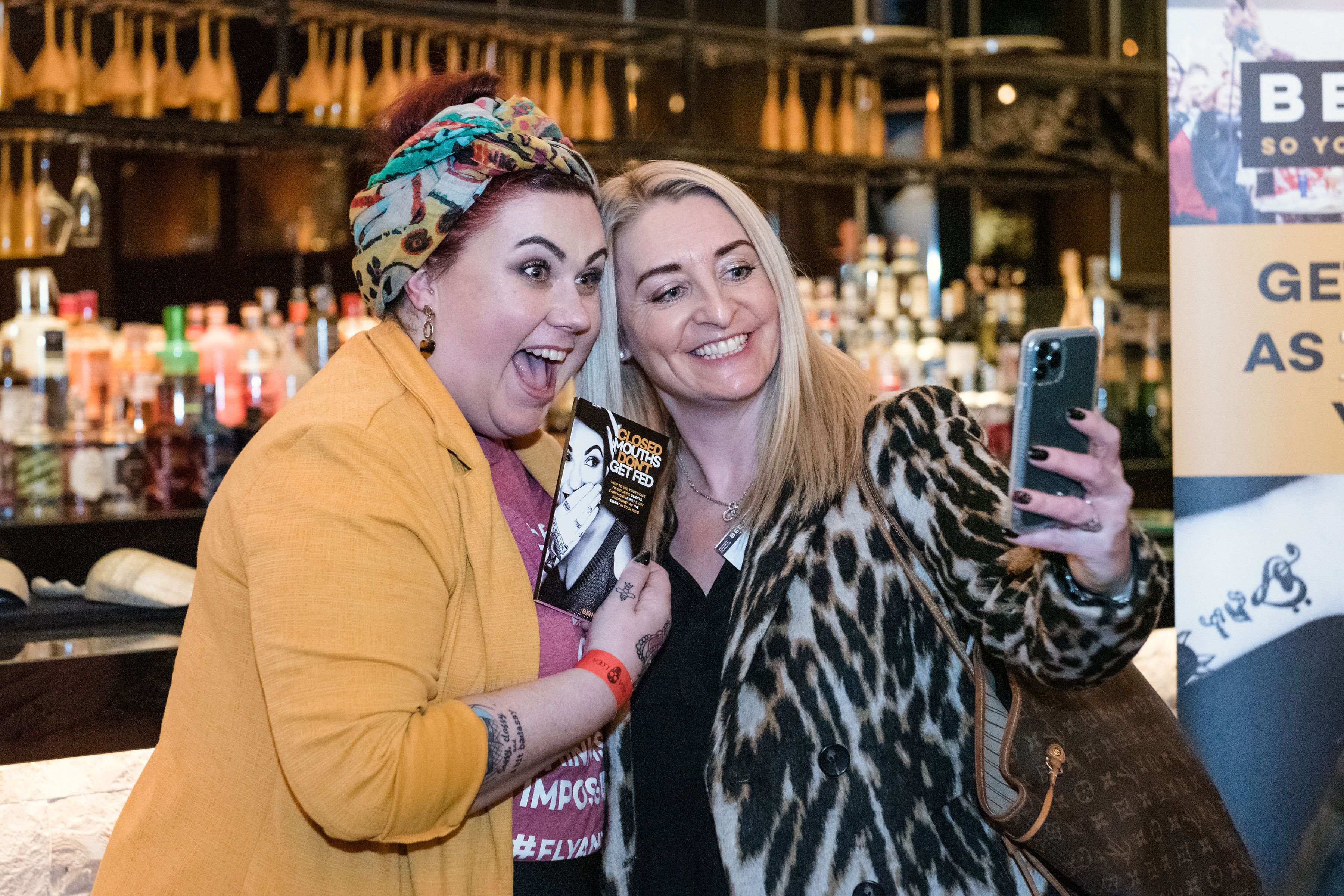 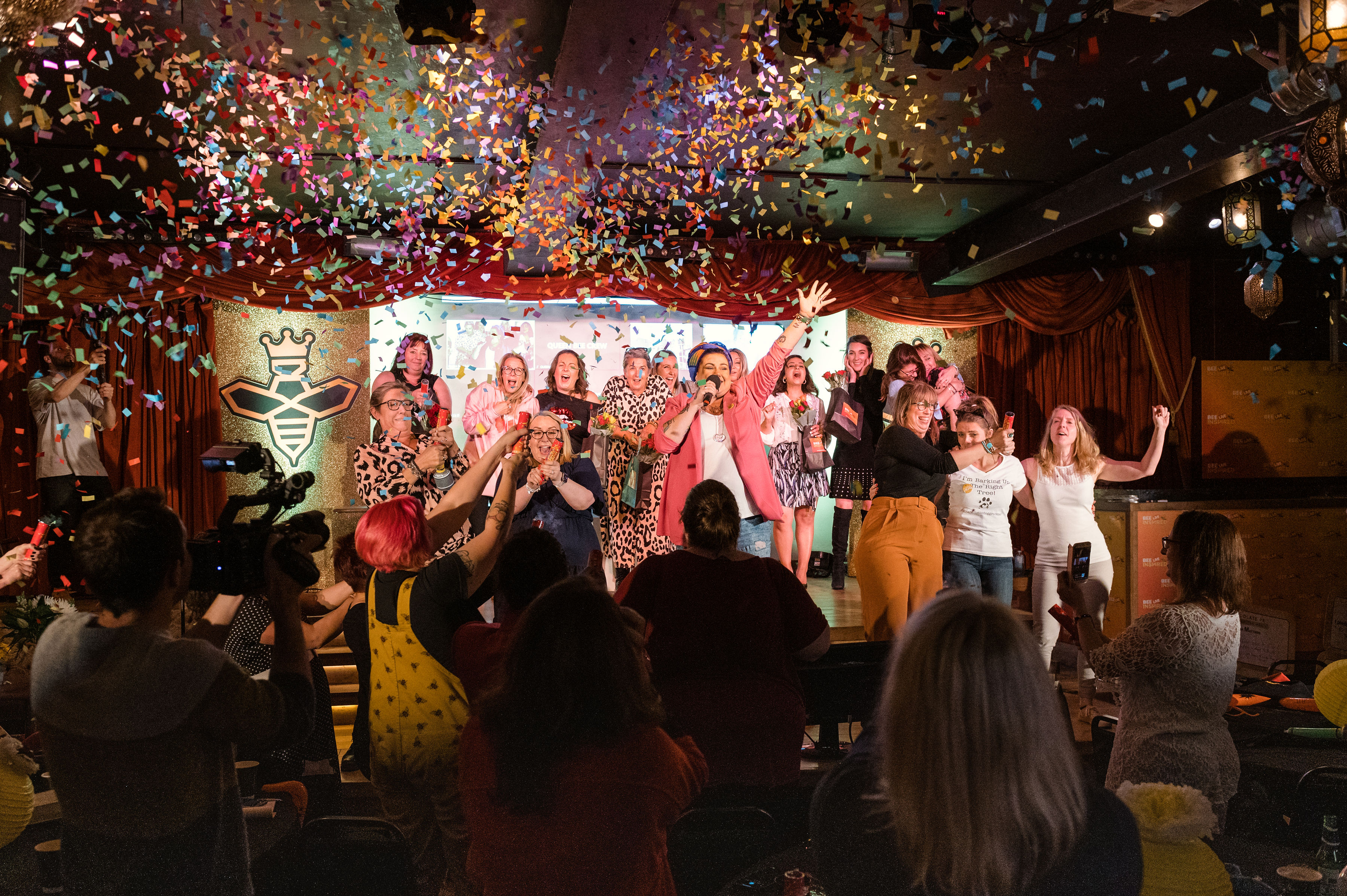 Dani was even able to buy her first family home in over a decade, in March this year, costing £375,000.

She says: "I was able to generate enough within the business to buy a beautiful four-bed house, where my kids could play out, because they couldn’t do that previously, it wasn't safe.

"We lived on a really rough estate and were having our tyres slashed and our windows put through right until May last year. Now we’ve been able to create this amazing life for ourselves.

"When we moved house, I kept hold of the keys to my rental property for a month because I was so petrified of everything being taken away from me, because that’s what’s happened before. But here we are, I’m paying my mortgage every month and it seems to be going well.

"Me and my husband wrote down a list of our dream home – which was four bedrooms, a nice living room, a kitchen with an island, a conservatory, a double garage, a garden in the back the kids could play in – and we've got all of that now.

"I want to pinch myself when I think about what we’ve done."

I started the business with £300 in my back pocket to set up a Wix website. There was a lot of trial and error but we're about to hit a quarter of a million in turnover, which is absolute insanity

Dani has now set up a support service for survivors of domestic abuse, called The Fly Anyway Foundation.

She says: "Looking back, to say I’m proud of myself for going through everything seems weird, but I'm proud of the woman who got me here.

"But when you say I Am The Queen Bee, you’re reclaiming your right to a comfortable, happy, content life that you can build and choose for yourself."You can find out more about IATQB here and The Fly Anyway Foundation here.

How to get help

Women's Aid has this advice for victims and their families: